Tropical cyclone activity is becoming better defined this week. An Invest #99P has formed along northern Australia, in the Gulf of Carpentaria. Although the tropical depression is currently still in early stages, global models are suggesting it will become better organized in the coming days. The potential is increasing for a Tropical cyclone formation early next week when the system would enter the land areas, with a significant flooding impact on northern Australia through the last days of February.

The current satellite imagery reveals deep convection ongoing around the virtual center of the system, somehow over the northern parts of the Gulf of Carpentaria. Upper-level outflow ventilation appears quite good, allowing storms to form and expand. Quite high cloud tops are observed, shooting below -80 °C. 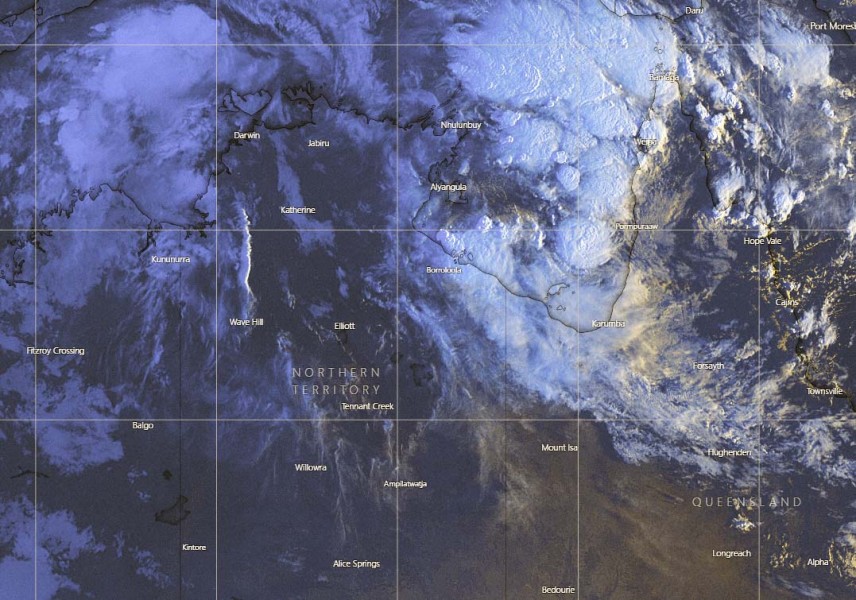 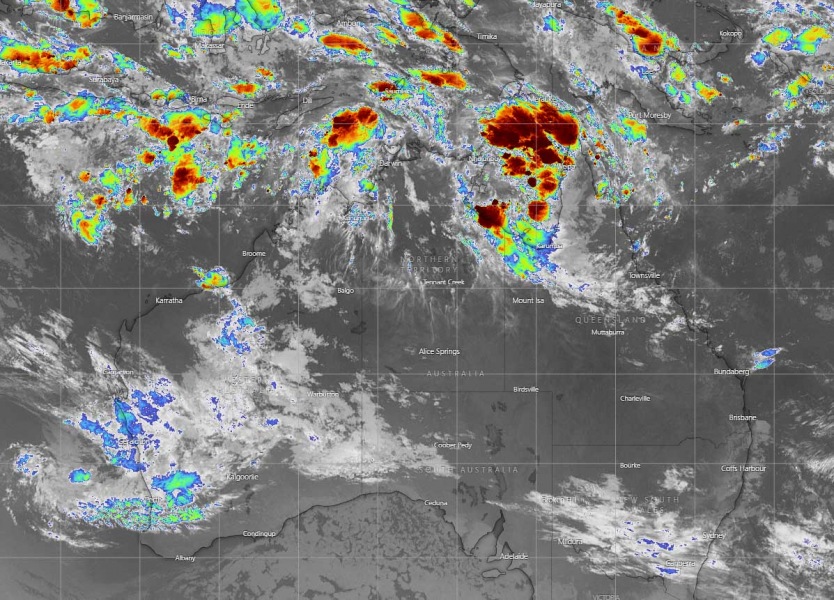 Peak wind gusts swath suggest the system will be gradually strengthening and organizing through the next days, become severe early next week. 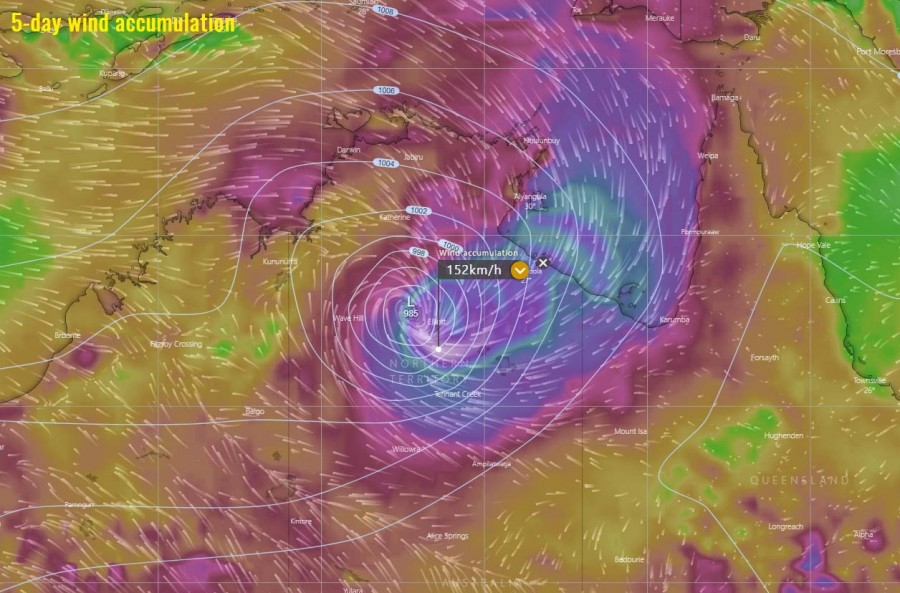 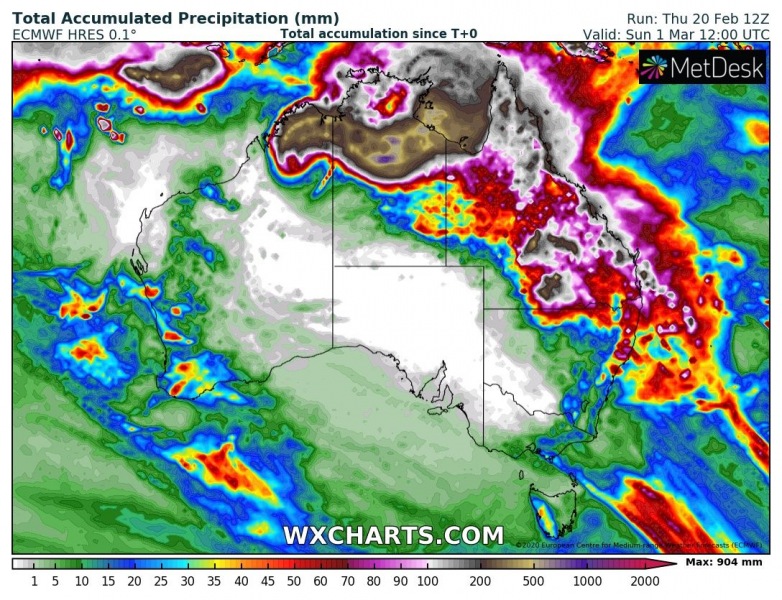 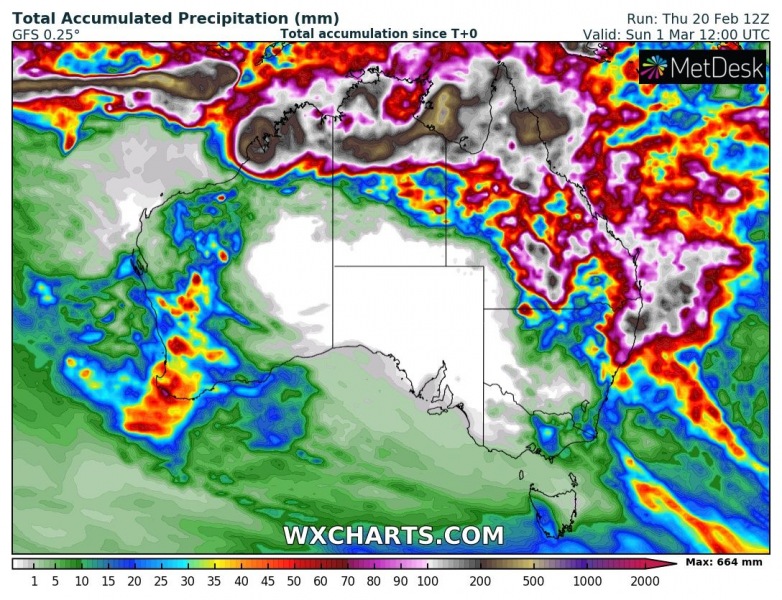 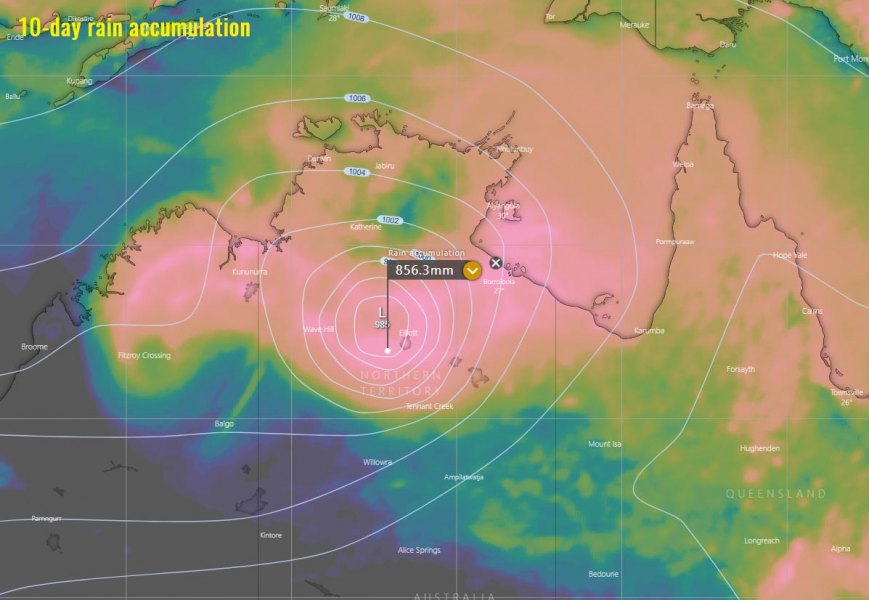 Attached are the future best tracks by the GEPS model. The system will be very slowly drifting across the Gulf until early next week when it finally gains some speed and heads west across northern Australia (Northern Territory state). Becoming better organized and enhancing severe wind and extreme rainfall threat with significant flooding potential. 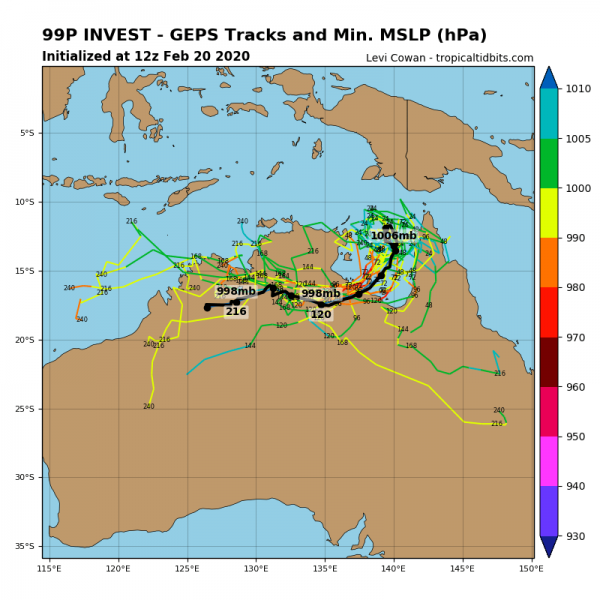 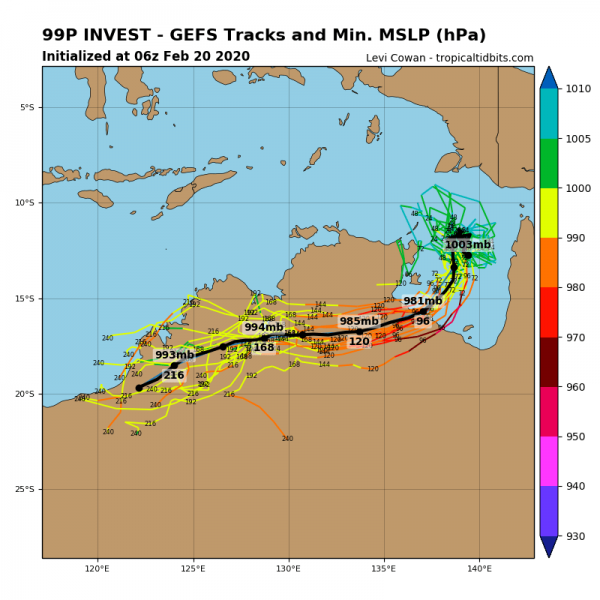 Here is the ECMWF model guidance regarding its track through the next week. Both global models GFS and ECMWF actually agree the #99P gets better organized over the weekend when it travels over the warm Gulf temperatures and becomes better defined on Monday. Then, models hint the system could become a tropical cyclone while traveling west across the Northern Territory: 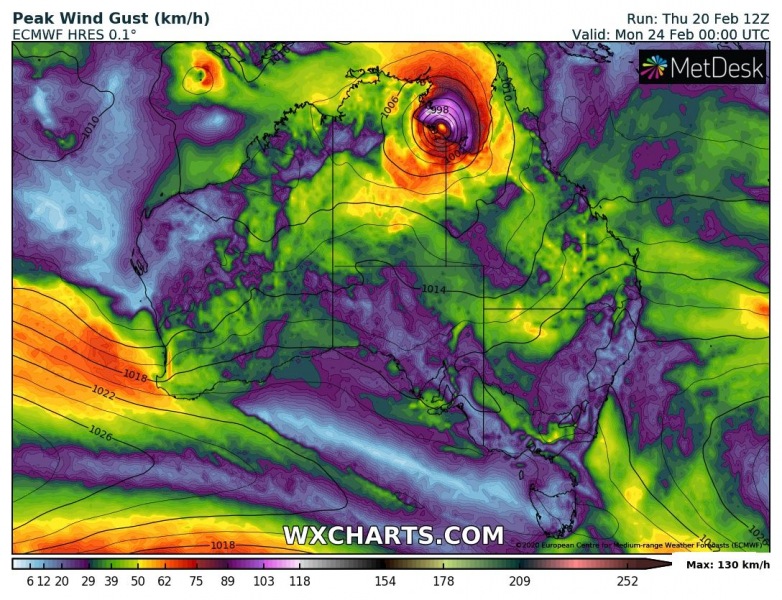 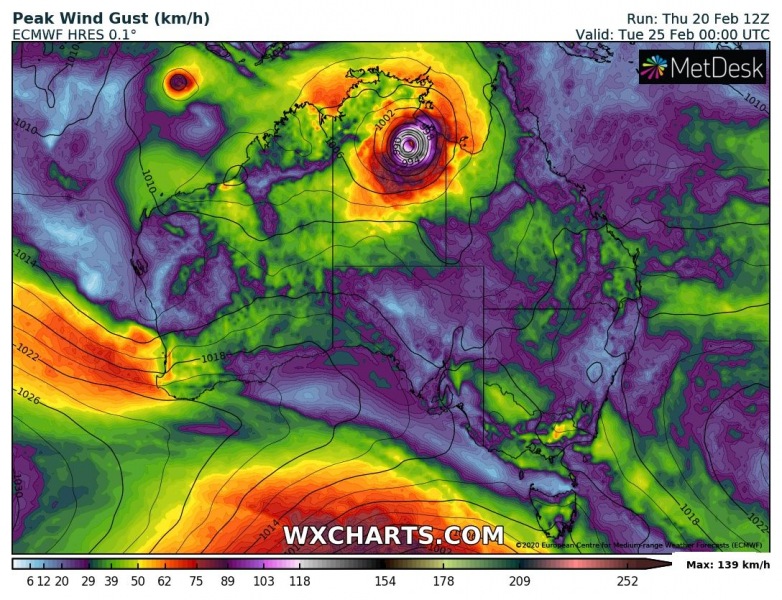 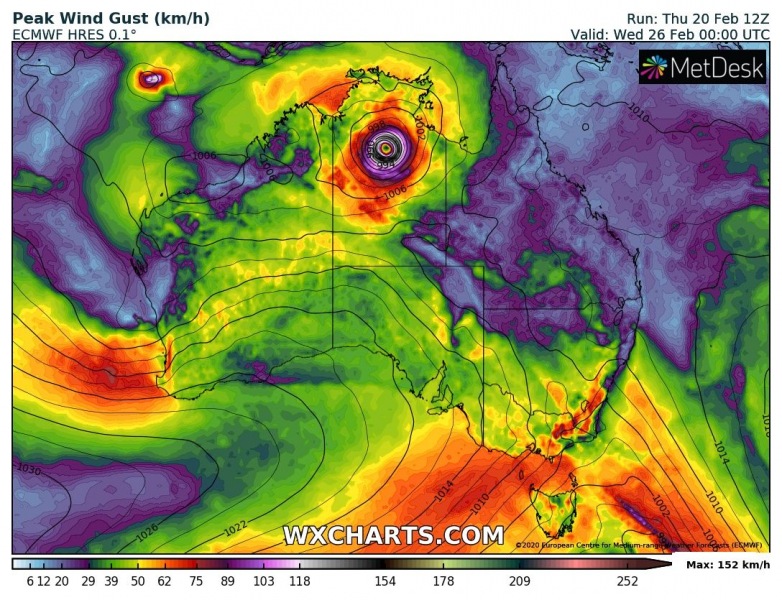 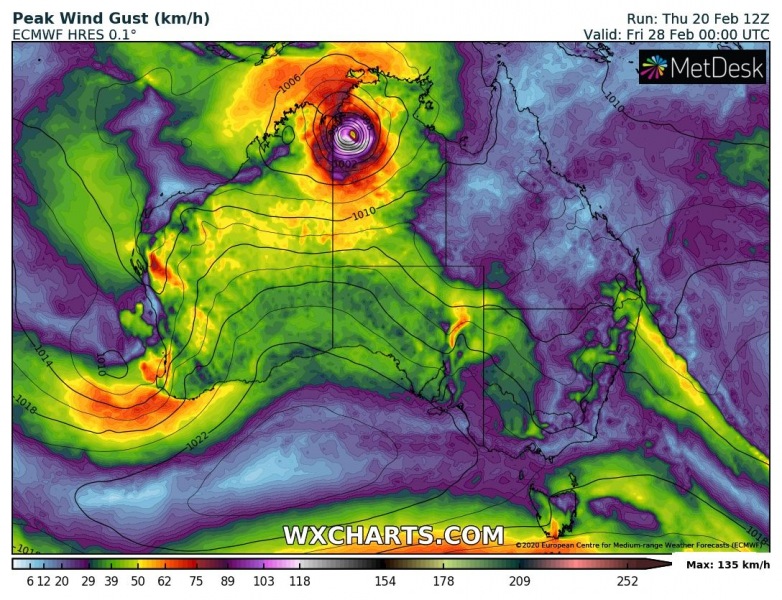 However, as the system is in its early stages, uncertainties regarding its future track and behavior are high. We will continue monitoring its evolution and will keep you updated – stay tuned.