The latest infrared imagery and NOAA Hurricane Hunters reveal that Isaias has intensified overnight. Officially, we now have a hurricane Isaias centered north of Hispaniola. It will be moving across the Bahamas where hurricane warnings are in effect for these areas. 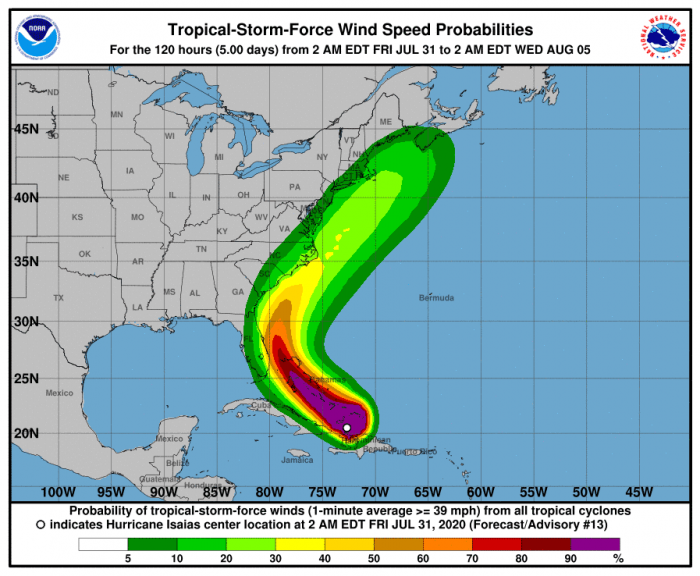 Isaias will produce heavy rains and potentially life-threatening flash flooding and mudslides across the Dominican Republic, northern Haiti, Turks and Caicos, and the Bahamas. Heavy rains associated with Isaias may begin to affect South and east-Central Florida beginning late Friday night, and the eastern Carolinas by early next week, potentially resulting in isolated flash and urban flooding, especially in low-lying and poorly drained areas. Isolated minor river flooding is possible in the Carolinas early next week.

Hurricane conditions and dangerous storm surge are expected in portions of the Bahamas today and Saturday, and Hurricane Warnings are in effect for these areas. Preparations to protect life and property should be rushed to completion. 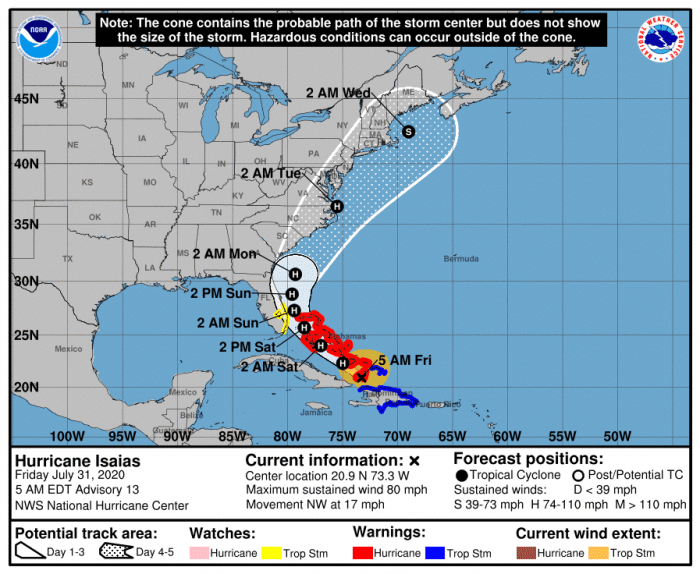 Tropical storm conditions are possible along portions of the Florida east coast beginning Saturday, and a Tropical Storm Watch remains in effect. While storm surge watches are not currently needed for this area, they may be required later today if the forecast track shifts closer to the coast. Heavy rains associated with Isaias may begin to affect South Florida and east-Central Florida beginning late tonight, potentially resulting in isolated flash and urban flooding, especially in low-lying and poorly drained areas.

There is a risk of impacts from winds, heavy rainfall, and storm surge late this weekend from the northeastern Florida coast and spreading northward along with the remainder of the U.S. east coast through early next week. The details of the track and intensity forecast remain uncertain, and it is too soon to determine the magnitude and location of these potential impacts, but interests along the entire U.S. east coast should monitor the progress of Isaias and updates to the forecast.

The system is supporting maximum sustained winds of 70 knots and a central pressure of around 990 mbar. A compact central dense overcast is present, with explosive new storms near the center. 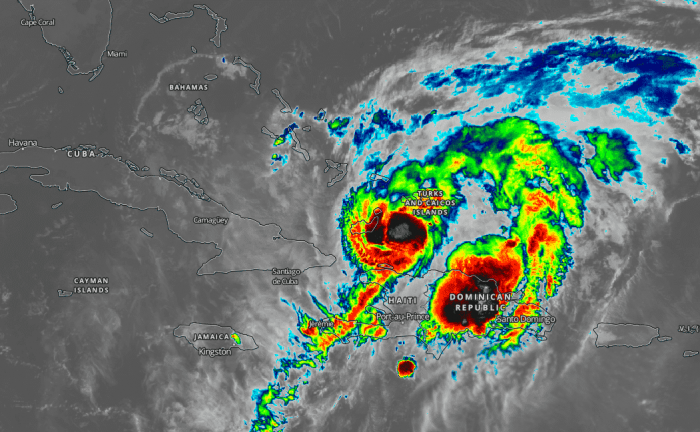 The Ocean Heat Content (OHC) map indicates that conditions across the Bahamas are very conducive for additional strengthening. Isaias should easily maintain its hurricane strength!

Isaias will move across the Bahamas today and tonight. It is expected to come closer to southeast Florida on Saturday morning. Then moving north along the peninsula. 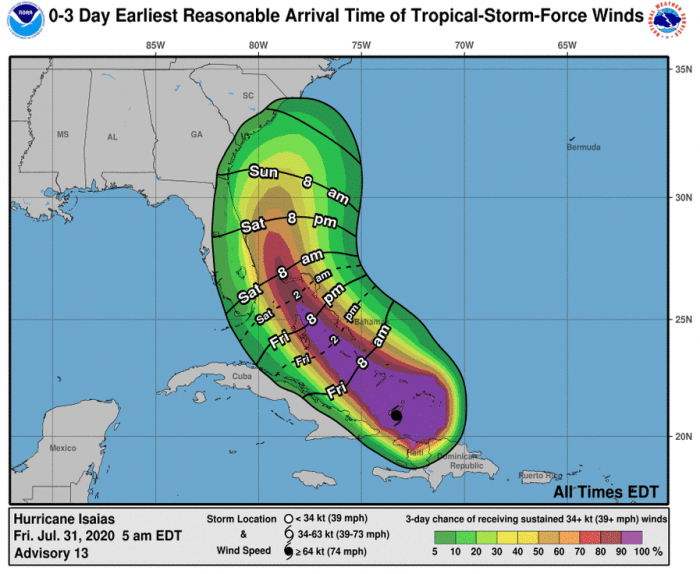 The ECMWF model is now indicating a narrow swath of severe damaging winds, with hurricane Isaias crossing the Bahamas towards eastern Florida. The first impacts are the Turks and Caicos Islands today. 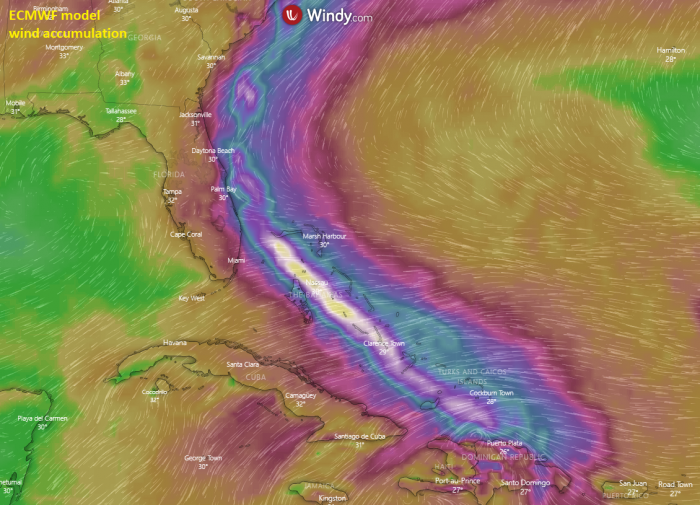 The main concern with Isaias remains a huge amount of rainfall across the Bahamas. Also towards eastern Florida and US East Coast later in the early days next week. Depending on the storm activity, some areas could receive near 10 inches (250 mm) of rainfall. Possibly even more locally! 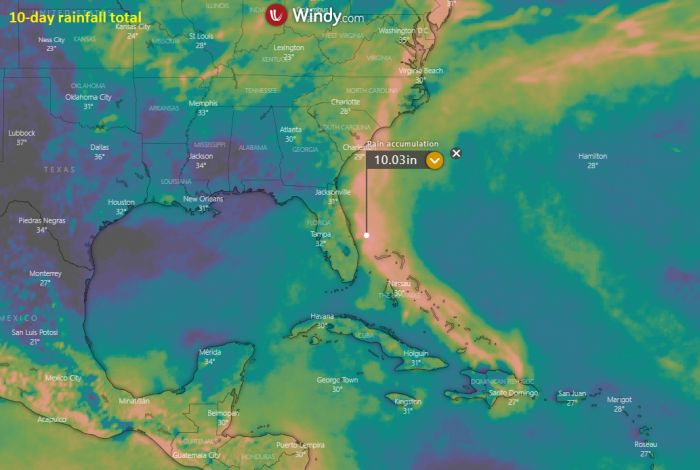