Very hot weather lately has resulted in a violent supercell storm over central Slovenia in the early evening of July 29th. A narrow swath from towns Vodice to Domžale was severely hit by hailstones up to around 10 cm in diameter. This was the first giant hailstorm event of 2020, anywhere in Europe!

First, here is a video of the brutal hailstones bombardment, recorded in Rodica near Domžale, Slovenia. Video by Nastja Volf:

The environmental conditions were very conducive to support severe storms development. A large upper wave was moving across northern Europe. An associated diffuse cold front was extending towards the Alps. Moderate westerly winds were present south of the Alps (over Slovenia), with favorable easterly inflow in the lowest levels. This created a moderate wind shear. 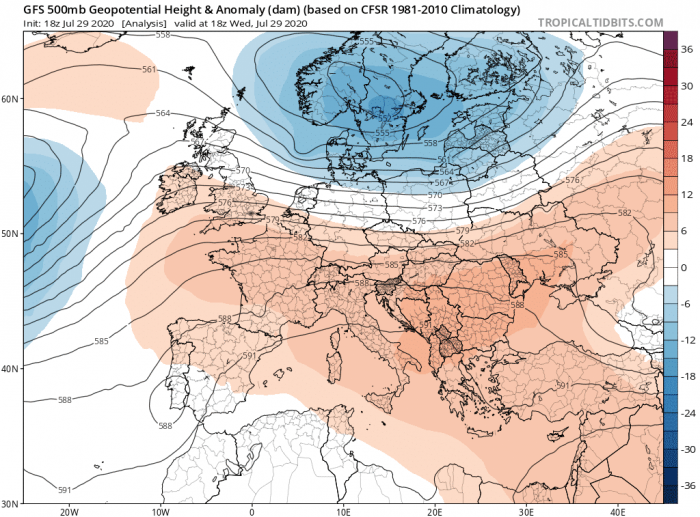 Storm initiation first started over the mountainous terrain in the higher Alps, gradually spreading towards southeast across southern Austria and the border with Slovenia. The boundary layer was mostly capped until the late afternoon hours.

When capping was finally breached, storms also initiated in northern Slovenia and soon became a damaging hailstorm. They were feeding with the very moist and strongly unstable air mass in central Slovenia plains. The main storm is marked near Vodice, this was the birth of a violent monster. Soon it began dropping hailstones up to 8.5 cm in the town.

The storm evolution was extremely explosive! The view into the developing towers from a distance was beyond spectacular. Perfectly lit-up tilted and rotating updraft by sunset colors. 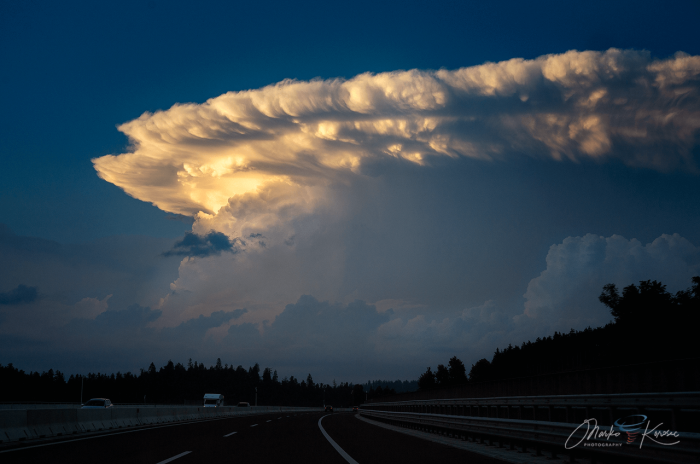 Distant view of supercell over Vodice. Photo by Marko Korošec 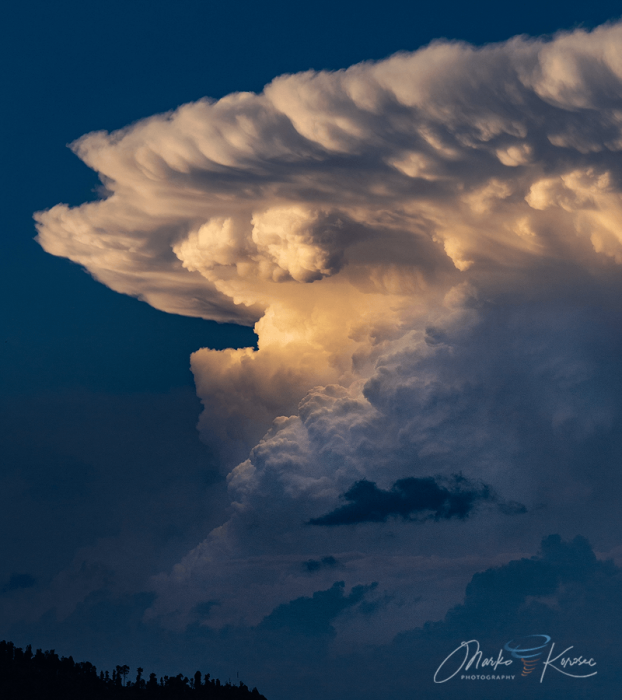 The main storm was moving very slowly towards the east, in the direction of Domžale. Here is the radar scan of the classic HP (high-precipitation) supercell very slowly drifting east-southeast from near Vodice towards Domžale. Up to 10 cm hailstones were reported in the town!

The visual of the radar from the eastern side of Ljubljana. A truly monstrous appearance of the supercell with a massive wall cloud. The storm was nearly stationary for some time. The lightning barrage was exceptional. 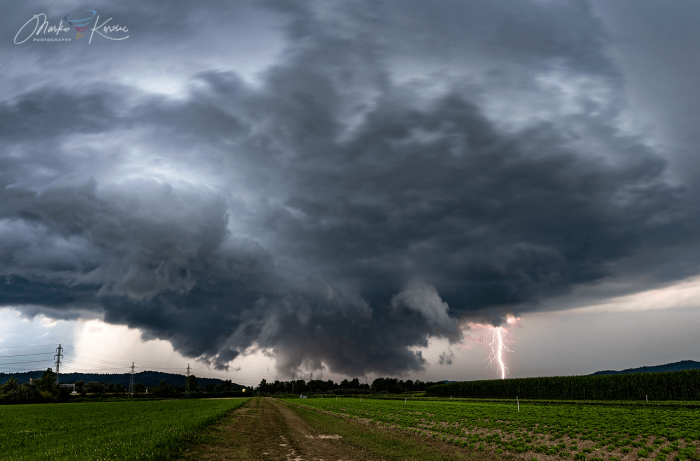 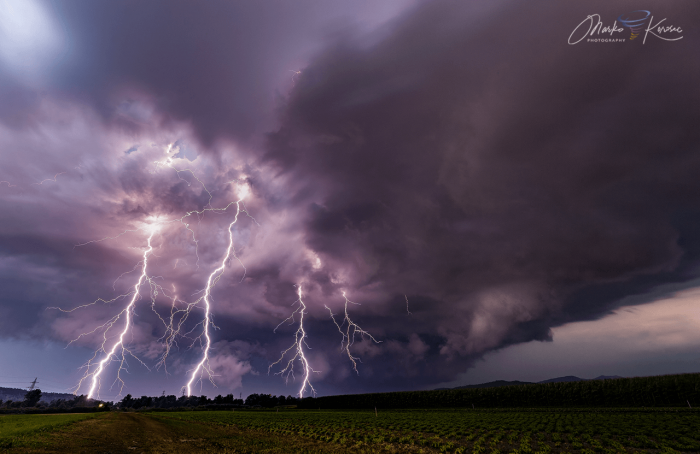 Storms slowly began clustering into a large system in the late evening hours. Additional hail was reported in some parts of central Slovenia, but less intense than earlier. The cluster also produced numerous red sprites aloft. Notice there is the famous M31 Andromeda galaxy also visible next to the red sprites! 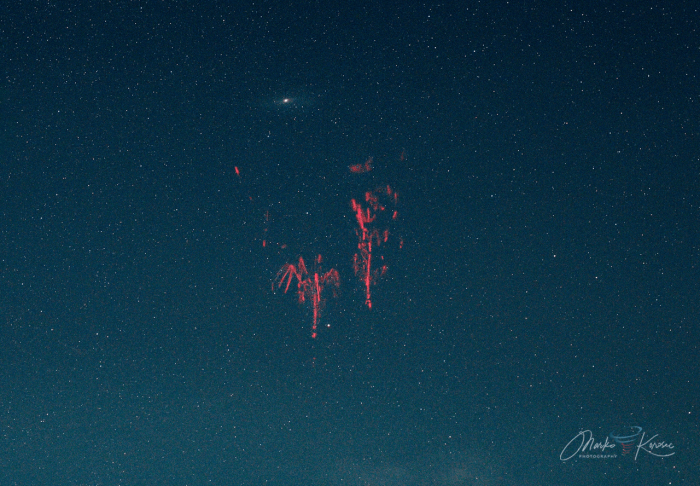 Red sprites above the MCS. Photo by Marko Korošec 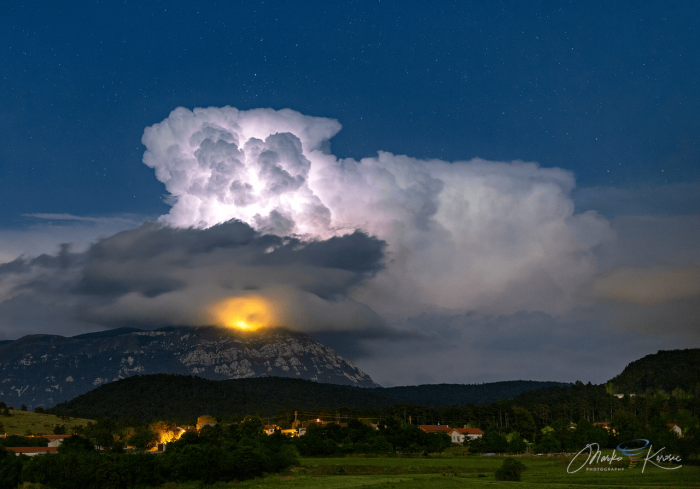 Explosive storms on western edge of the cluster. Photo by Marko Korošec

Hailstorm did enormous damage along its path from Vodice to Domžale and also further southeast. Numerous cars and roofs were destroyed by giant hailstones. Gladly no one was badly hurt! Below are sample photos from our reporters in the area. 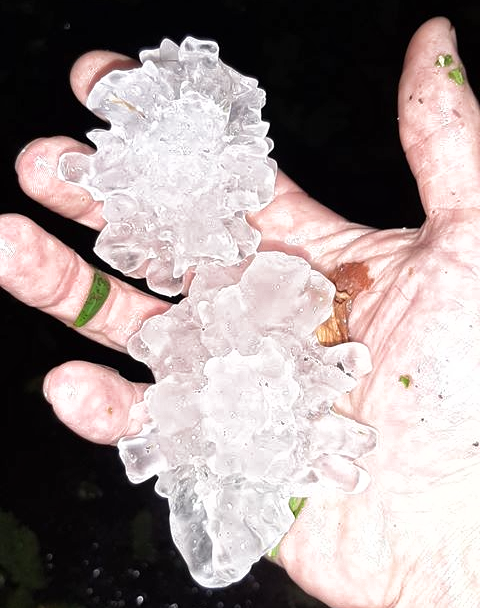 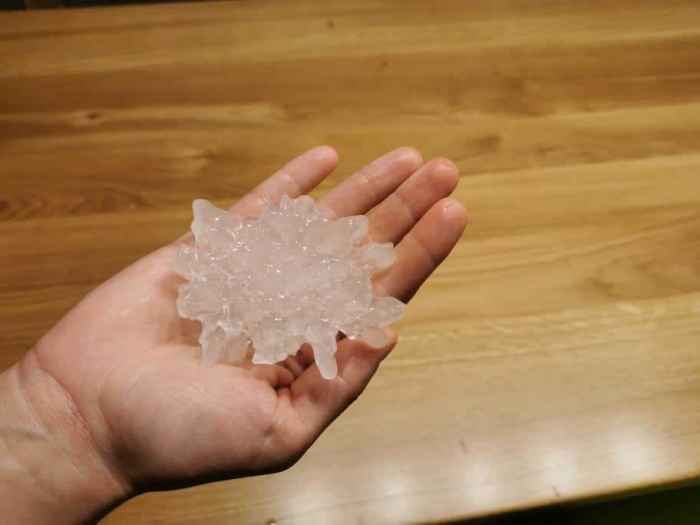 Up to 8.5 cm hailstones in Vodice, Slovenia. Photo by Urša Lampret 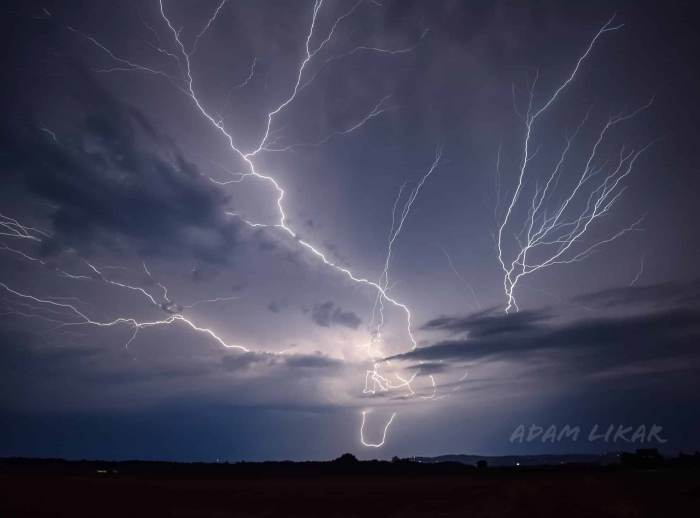 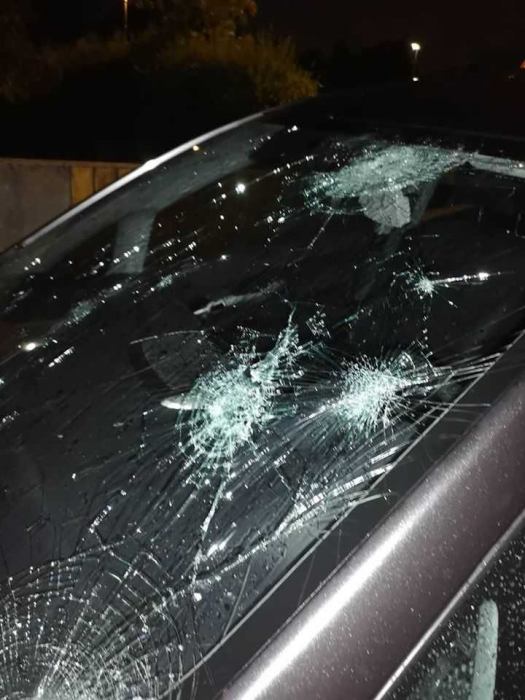 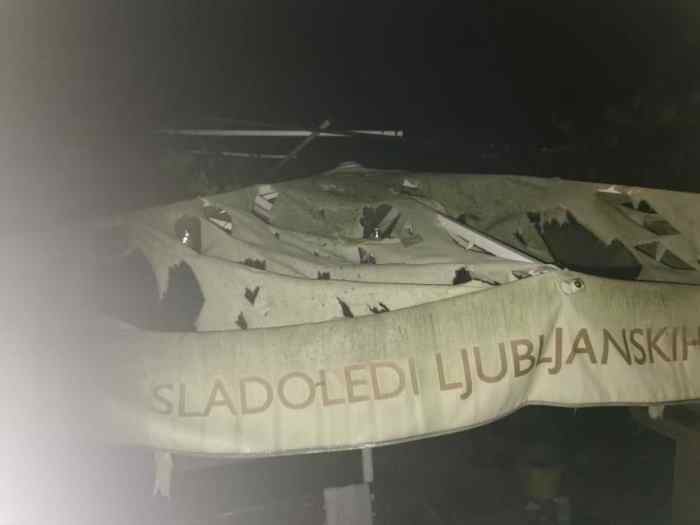 Here is another video reported by Nastja Volf. It shows severe roof damage after the hailstorm hit Rodica near Domžale, Slovenia on the evening of July 29th.

This giant hail event in Slovenia is the first after the record-breaking hailstorm with up to 14 cm in Predgrad near Črnomelj last year, June 11th, 2019.