While most of Europe is experiencing an unsually stable and warm weather for mid February, a more dynamic pattern is evolving across the far north Europe. A short-wave trough moved across Fennoscandia today. Clearing has occurred in the wake of the trough and we can see the impressive snow coverage across Fennoscandia.

Today’s pattern across Europe indicates an upper ridge dominating much of Europe, an intense trough over the north Atlantic and a short wave trough across Scandinavia moving into NW Russia. 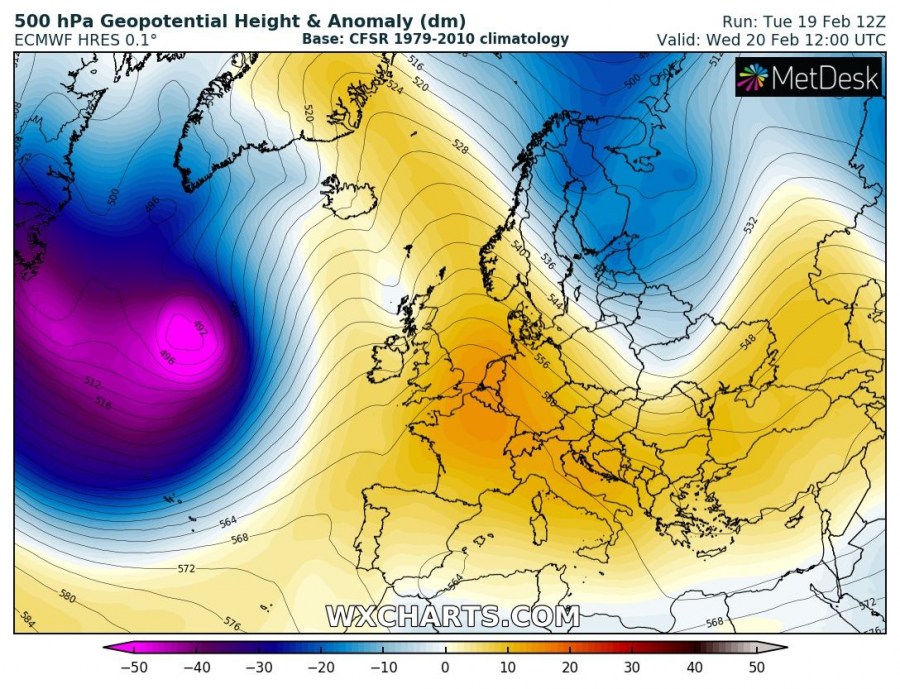 Surface analysis reveals a deep cyclone over NW Russia with strong northwest winds across the Fennoscandia, resulting in much colder airmass advection and Foehn winds drying out the cloud coverage. 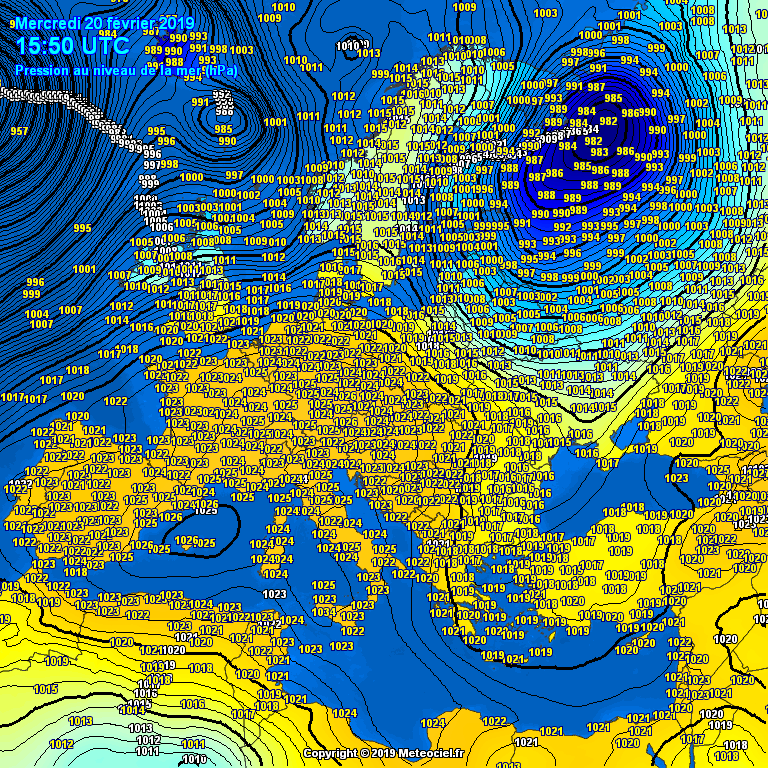 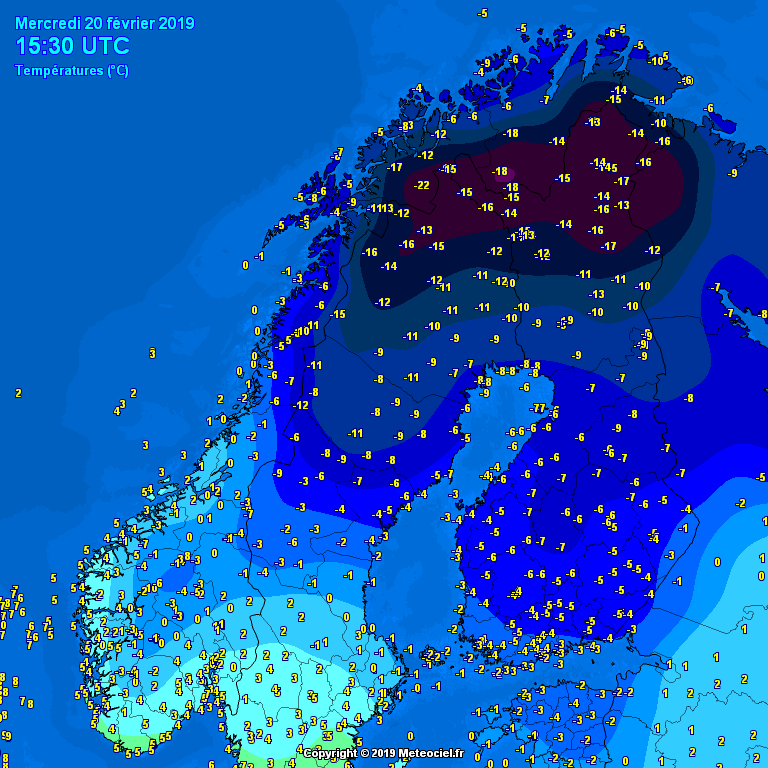 Early afternoon analysis of the satellite image across Fennoscandia reveals some impressive features – most of the region is covered in snow, except for far south Sweden. The higher terrain of Norway and Sweden has huge amounts of snow. In addition, the northern parts of the Gulf of Bothnia has quite significant ice thickness. We can also see the sea-effect convective bands towards Estonia and also from the Arctic sea onto the northern Norway. 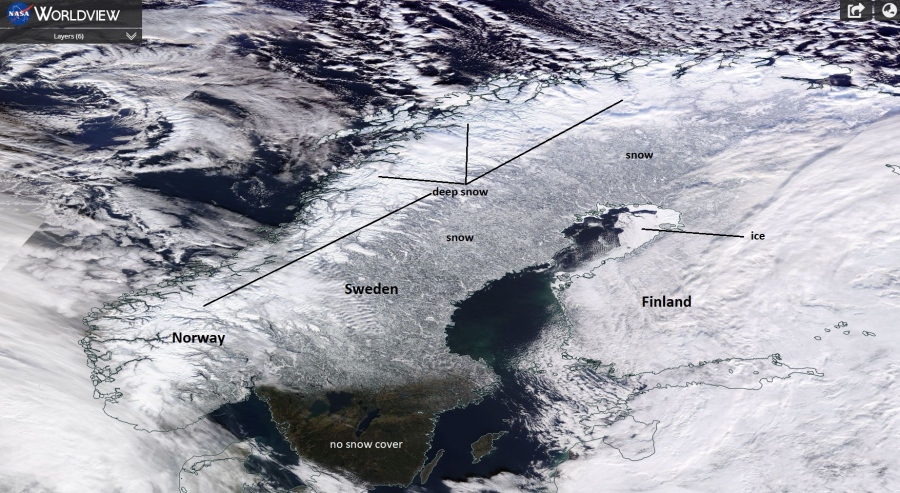 Here is today’s snow coverage across Europe, revealing a good coverage across N Europe and Iceland, but also some snow across parts of Turkey, Balkan peninsula and indeed the Alps. 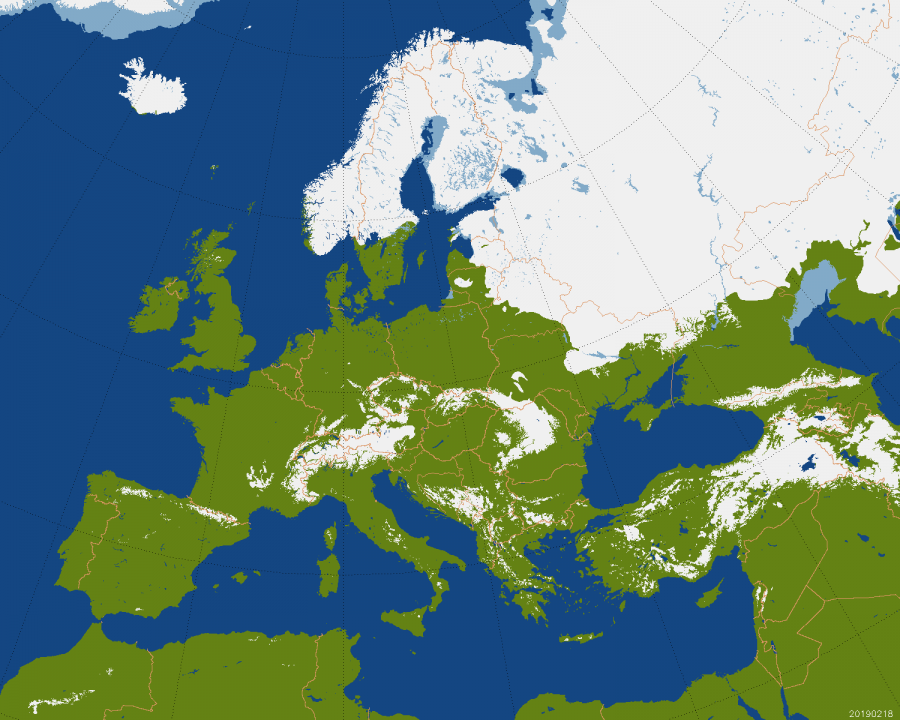 Cold weather will continue over the northern parts of Scandinavia for another day before strong ridge strengthens over the west-central and northern Europe, resulting in much warmer weather also towards the Arctic region.