It’s been a quite impressive cold frontal passage across the east-central Europe this morning. Some areas have had a very significant temperature change from yesterdays’s springtime weather with +25 °C into snowfall and near 0 °C this morning! While the snow is mostly melted in the lowlands, a clear night and decaying winds will introduce a high risk for destructive morning frost across parts of central Europe and the Balkan peninsula.

A southward progressing cold front this morning was indeed nicely visible on the temperature maps, even better defined on windchill maps. 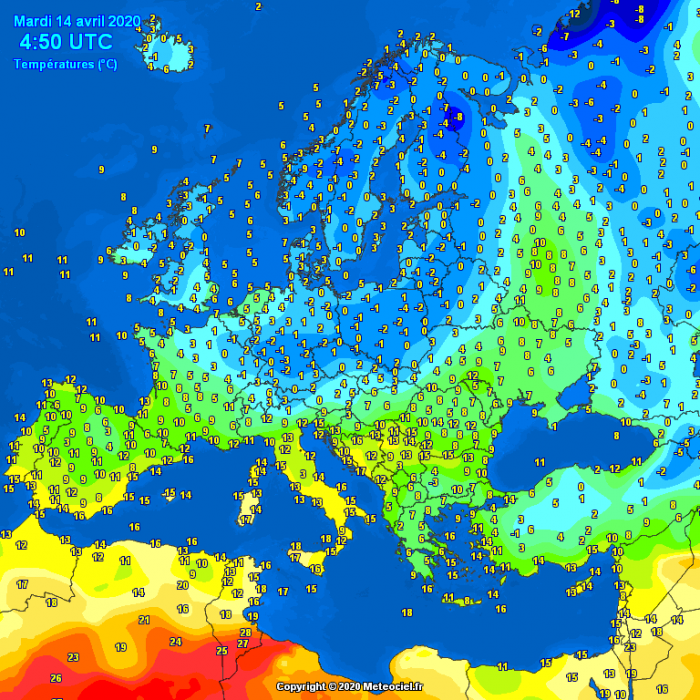 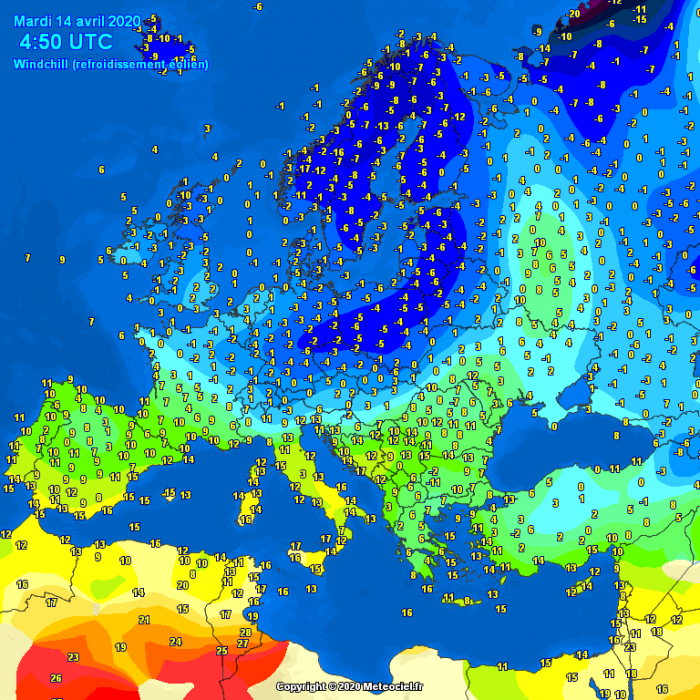 The temperature drop in some parts of northern Balkans, e.g. western Hungary, eastern Austria, eastern/southern Slovenia, and northern/eastern Croatia was very significant. It was near +25 °C at the peak time heating yesterday afternoon (Monday, Apr 13th) while it dropped to almost 0 °C this morning during the frontal passage. Snowfall occurred along the moving front as well. Attached are graphics for weather station Radenci (Slovenia) and Dišnik (Croatia): 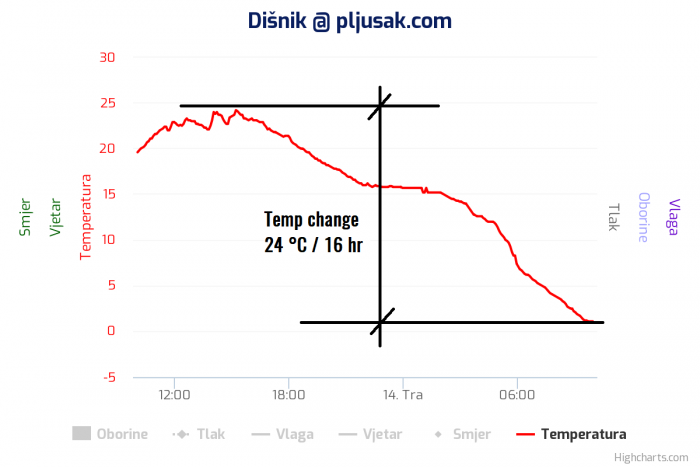 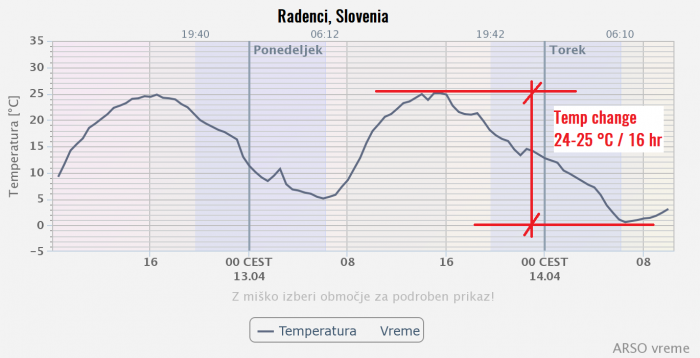 Now, the ridging is again re-strengthening across the west-central Europe, the surface pressure is rising. Evening analysis reveals an extensive high-pressure system expanding from the North Atlantic and western Europe into central Europe and the Balkans. 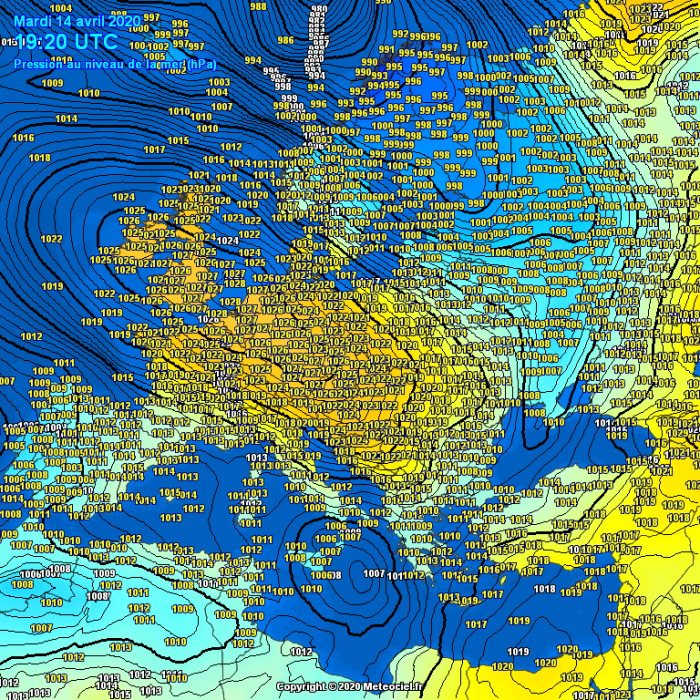 The next 24 hours will remain quite cold, while much warmer air mass returns on Thursday. As strong advection takes place across southwest Europe and the western Mediterranean. 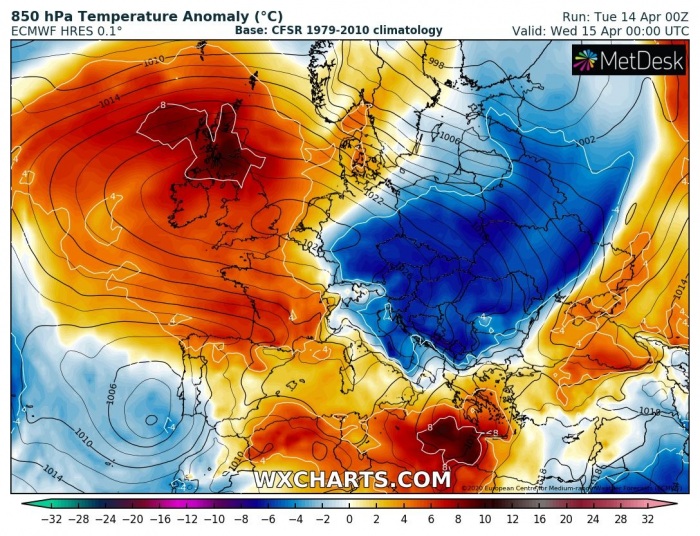 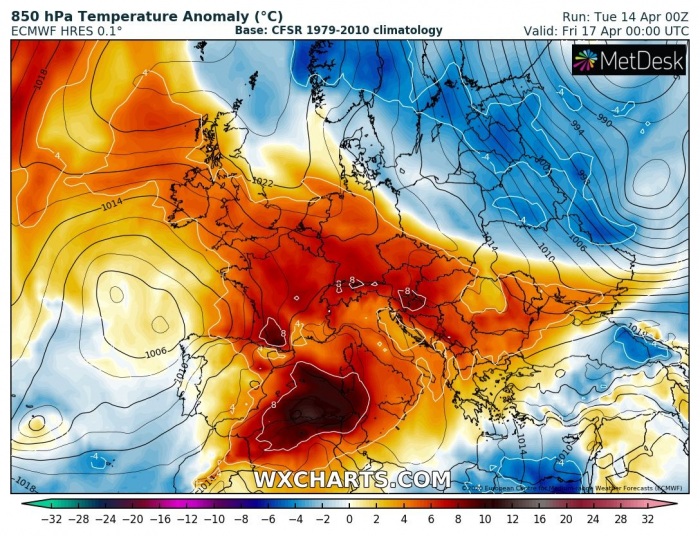 The main concern is now indeed the high-risk potential for *again* destructive morning frost tomorrow, Apr 15th. Especially central Europe and the Balkans should expect temperatures to drop well below zero also in the lowlands, so it could potentially bring additional damaging frost to the fully blossoming trees and other crops. Remember, we’ve seen a remarkable damage about 10 days ago in many parts of Europe. 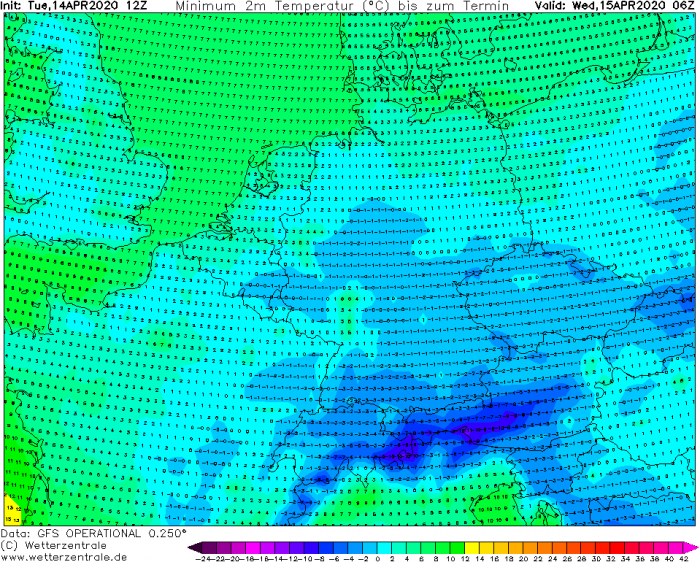 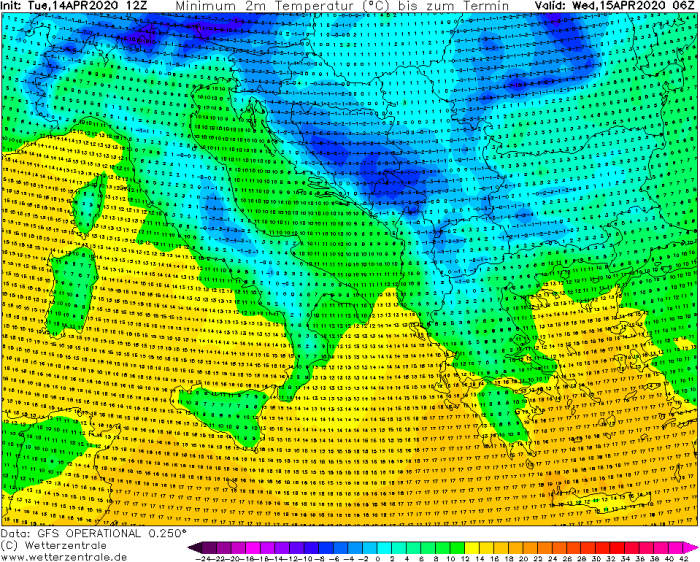 The rest of the week will bring much warmer weather across much of Europe again. We will have more details on this tomorrow – stay tuned!

Destructive from from early April: