We have discussed about the direct effect of the national lockdowns due to coronavirus weeks ago, a remarkable decline in global flights was observed. The total flights globally were down by 62% in April, compared to 2019. Commercial air traffic was down by even more – 74% lower than last April! In April 2020, Flightradar24 tracked an average of 69,586 total flights per day. The total number of flights tracked declined from mid-March to mid-April before recovering slightly in the second half of the month.

Commercial flights remained lower throughout the month of April, with some early signs of upward threat towards the last days of April. The April 2020 average was slightly above 29.000 flights daily, compared to near 112.000 flights daily in 2019. That is 74% less than normal!

Comparing the flights over Europe between Jan 5th afternoon and May 5th afternoon (2020) is beyond exceptional. One could count the number of flights on May’s map!

The map below is indicating a 7-day moving average of total flights over the last 5 years. A remarkable drop in the number of flights is visible during the worsening conditions of coronavirus through the month of March 2020. While normally we would expect around 175-180.000 flights, there were only 60-65.000 flights in March. We can also see a slight recovery in flights through the second half of April into early May, as some additional flight routes were re-established. Around 70-80.000 flights were recorded, we can see a trend upward. Commercial traffic has remained flat throughout the whole of April. 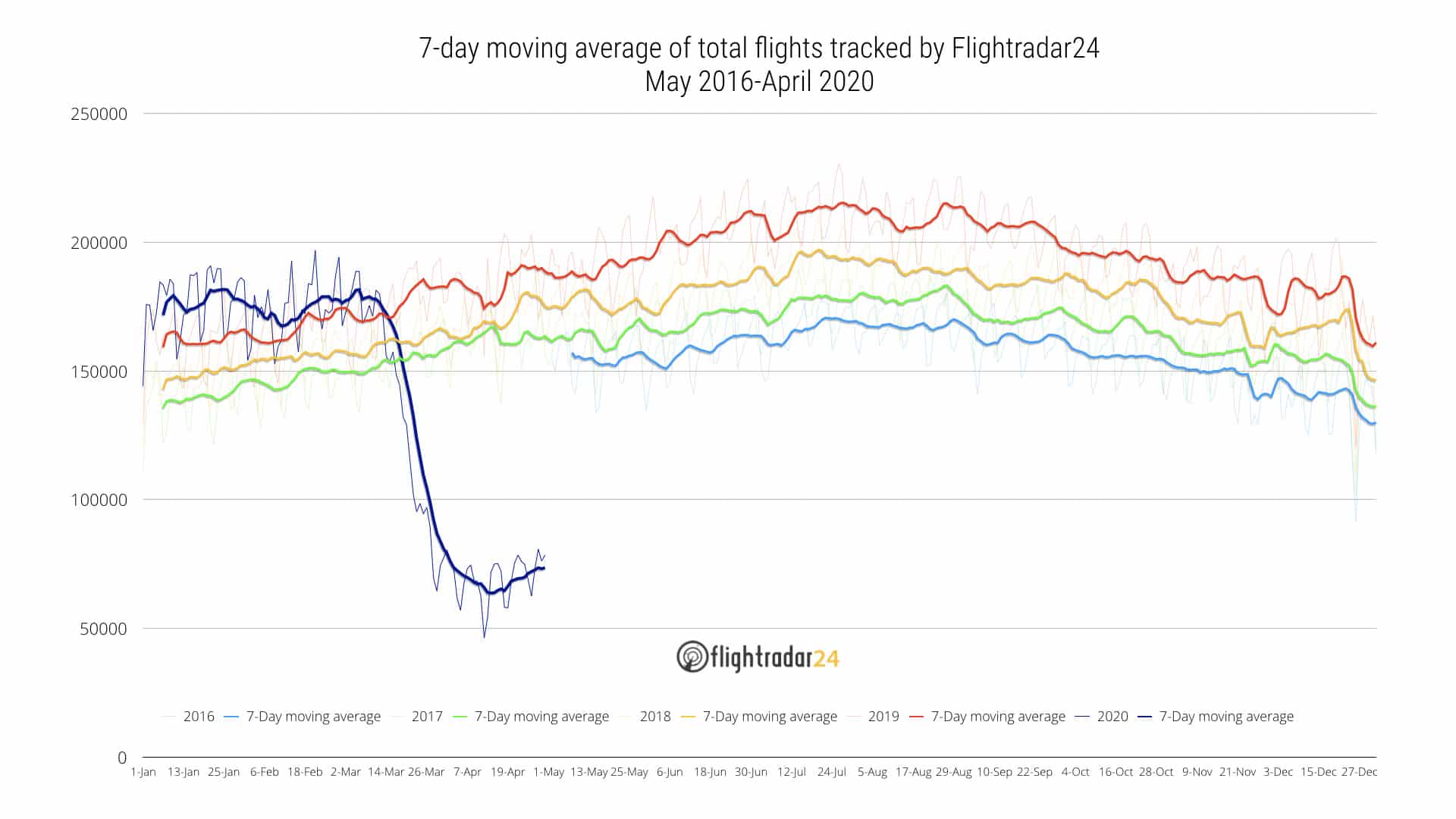 Additional close-up view over the last 90 days reveals the slight upward trend through the second half of April into early May. On the Apr 12th, there were even less than 50.000 flights recorded. 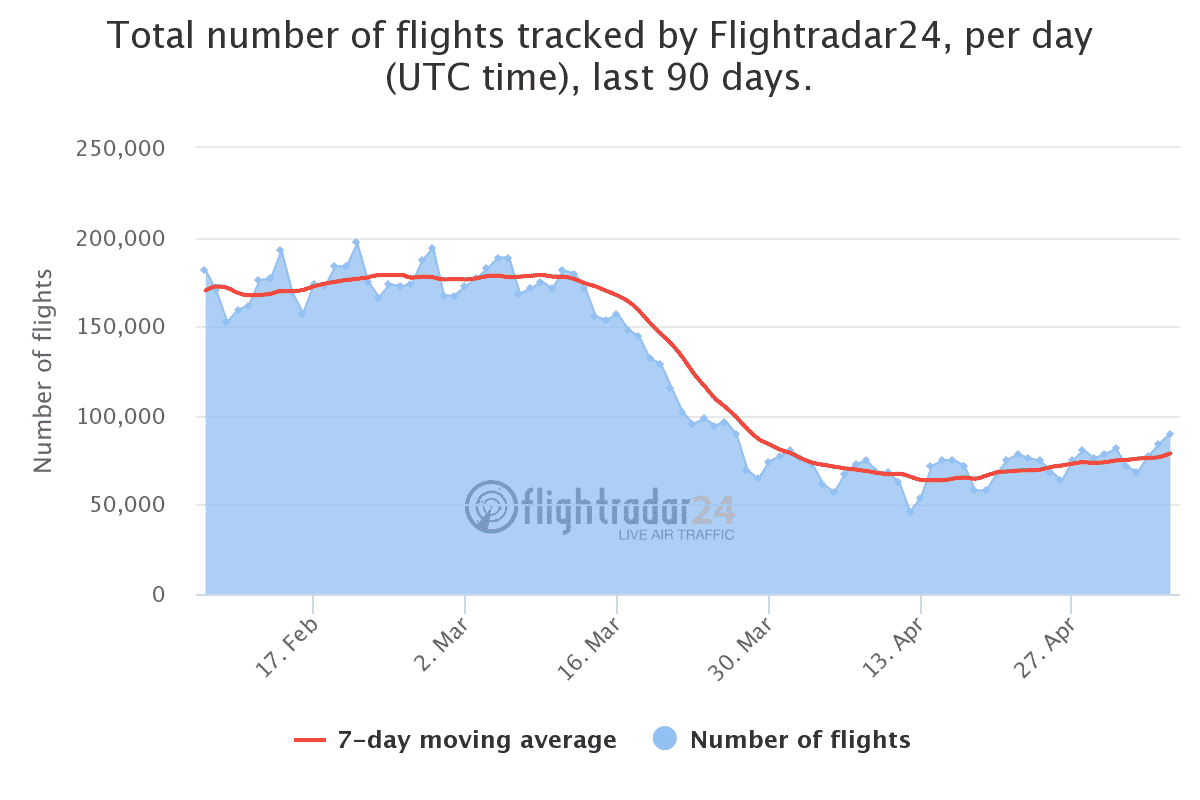 Attached is the flight activity at China’s 25 busiest airports ticked up last week. The total daily departures reached 5000 flights for the first time since late January 2020 when the peak of China’s lockdown was in place. There were below 2000 departures during the peak at the end of February, while the normal number is around 10.000 departures.

See also the previous discussions regarding the historic global flights decline over the past three months:

Another factual effect of coronavirus was the environmental side: