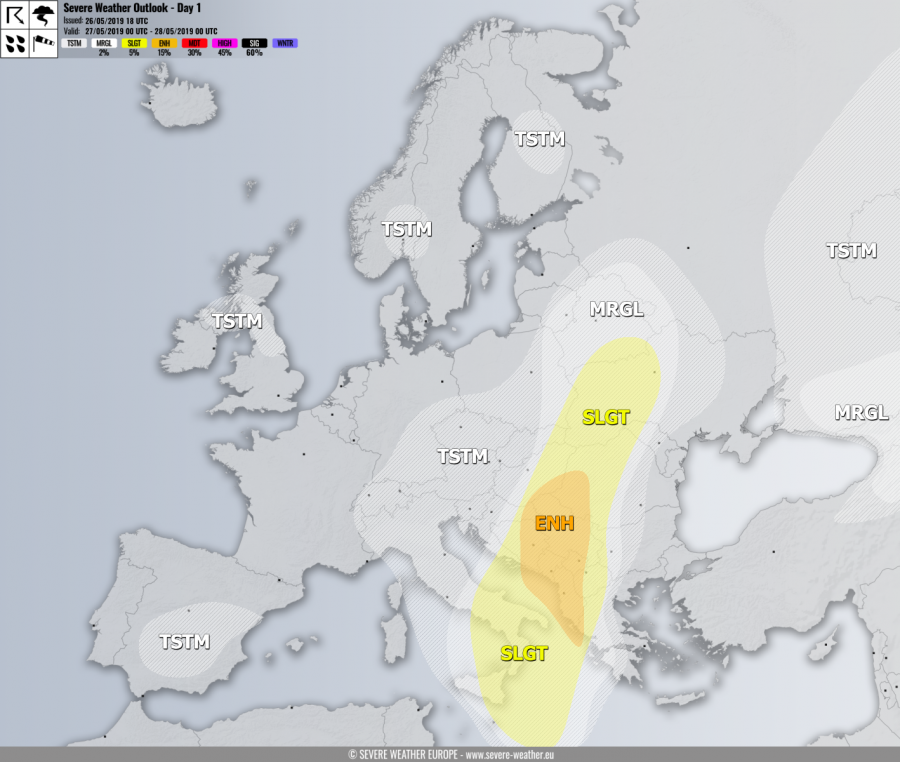 A deep upper low is centered over the Mediterranean with a cold front pushed across the Balkan peninsula from the SW. An upper ridge builds up over SE Europe while ridge over WSW Europe moves towards Azores. A very deep trough and cold core moves SSW just west of Scandinavia, resulting in very cold airmass advection towards UK and North Sea. 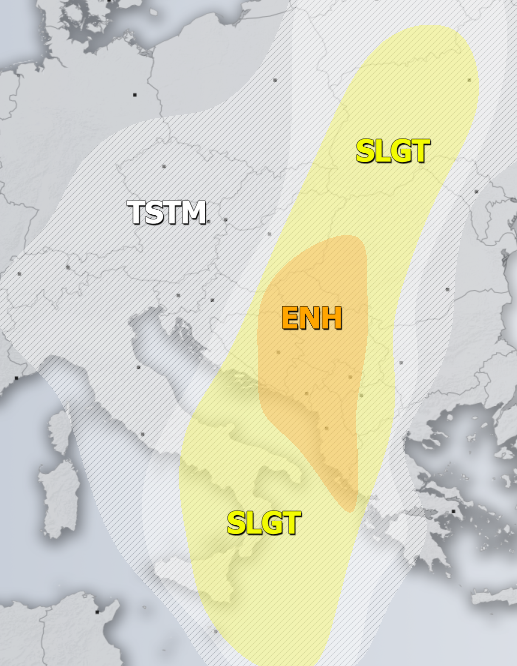 ENH risk has been issued for E Croatia, S Hungary, NW Romania, Serbia, Montenegro and across Albania into S Adriatic sea with threat for severe storms, capable of producing severe winds, torrential / excessive rainfall, large hail and some tornado threat. Widespread convective activity is expected along and ahead of the cold front associated with the cyclone moving across Italy towards the northeast. Environment across central Balkan is favorable for supercells with severe winds and also tornado threat. A severe line of storms with wind/rain threat is likely in the morning hours moving across Puglia region into the S Adriatic sea coast. Waterspout / tornado threat is possible due to enhanced SR helicity with strong SE low-level winds as well.

MRGL risk has been issued for SW Russia into Georgia and NE Turkey with threat for isolated severe storms, capable of producing severe winds, large hail and torrential rainfall.