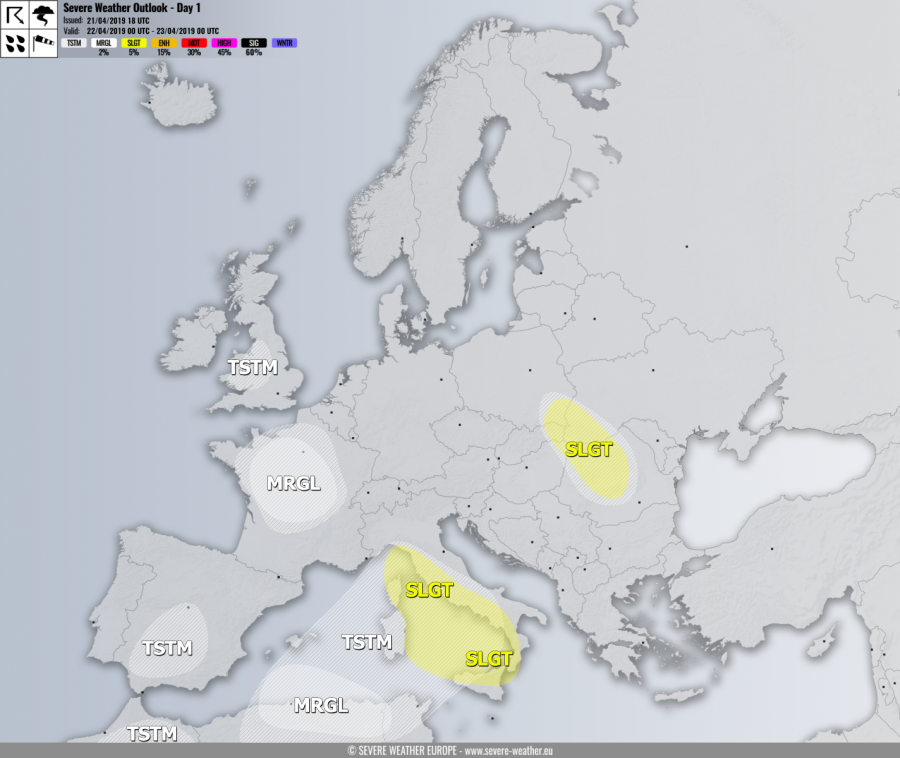 An upper ridge is centered over N Europe while trough develops into SW Europe. An upper low and surface cyclone over Algeria and W Mediterranean deepen. Upper low over the Middle East finally weakens while moving east. A new deep trough develops W of Iberia. 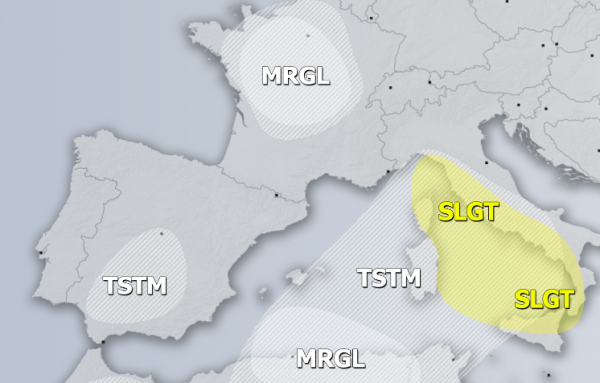 MRGL risk has been issued for N Algeria into SW Mediterranean for isolated storms in the wake of the cyclone, a good overlap of instability and still quite some shear should support some organized storms, mainly with heavy rainfall and marginal hail threat with accumulations.

MRGL risk has been issued for north-central France with an isolated threat for severe storms, capable of producing severe winds, heavy rainfall and marginal hail with accumulations locally. 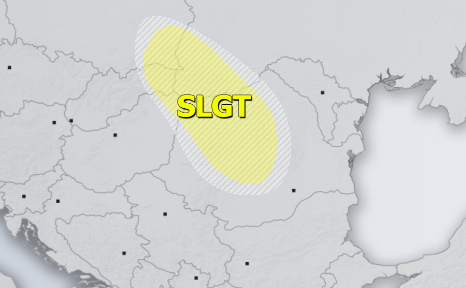 SLGT risk has been issued for NW Romania, E Slovakia into SE Poland and W Ukraine with threat for severe storms, capable of producing marginally large hail, torrential rainfall and severe winds. A quite strong shear and moderate several hundreds of MLCAPE should be enough for some organized storms near the cold core low.

UPDATE on the massive Saharan dust event for western, central and southern Europe: from UK and France to Poland and Greece!
← Previous
UPDATE [Monday] on the ongoing big Saharan dust event in the Mediterranean and large parts of Europe
Next →
Comments are closed.