Massive amounts of Saharan dust will be pushed into Europe in the next several days. Dusty skies are expected on Sunday over parts of Spain, France, Switzerland, south Italy, Malta and islands in the western Mediterranean. A new, very dense wave of dust will push into western Europe, and the central and eastern Mediterranean by early on Tuesday. Large amounts of dust expected as far northwest as the UK and Ireland. Let us take a closer look. 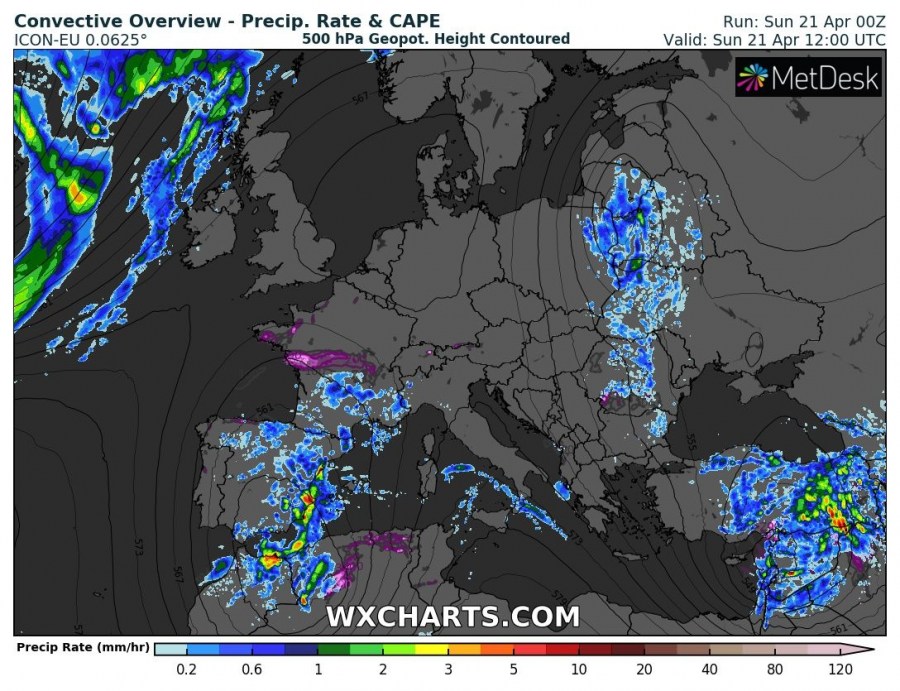 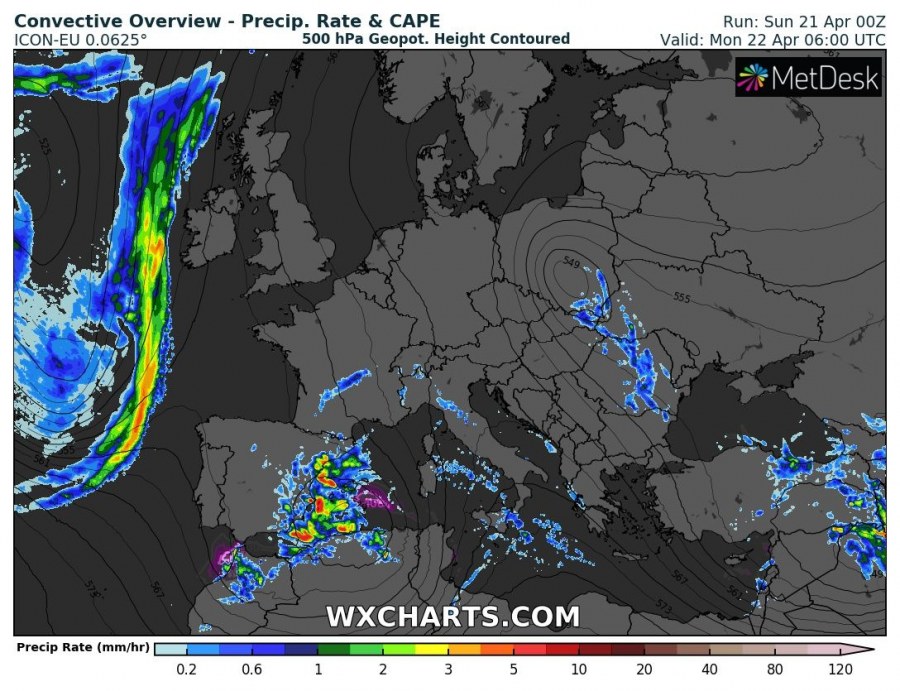 The upper low is located over southern Spain and NE Morocco / NW Algeria around noon on Saturday, pushing into the western Mediterranean by early on Monday. ICON-EU model guidance. Maps: Wxcharts.

The massive dust event is caused by a broad cutoff upper low over the Iberian peninsula and the western Mediterranean. Ahead of the low, strong southerly low-level winds are pushing northwards massive amounts of Saharan dust mainly from Algeria. This situation will persist for the next 2-3 days as the low remains virtually stationary, moving northeastwards only slowly. By Wednesday a new deep trough advances from the Atlantic, pushing the cutoff low northeastwards into the northern Mediterranean.

Thick dust will push across the western and central Mediterranean in the morning. The Balearic Islands, Sardinia and Corsica, as well as Sicily, southern Italy and Malta will be under the largest dust loads. Significant amounts of dust will also be present over much of France and parts of Switzerland and Spain. A new wave of very thick dust will kick up in NE Algeria in the afternoon, likely producing dust storm conditions. Very thick dust also over NW Libya. 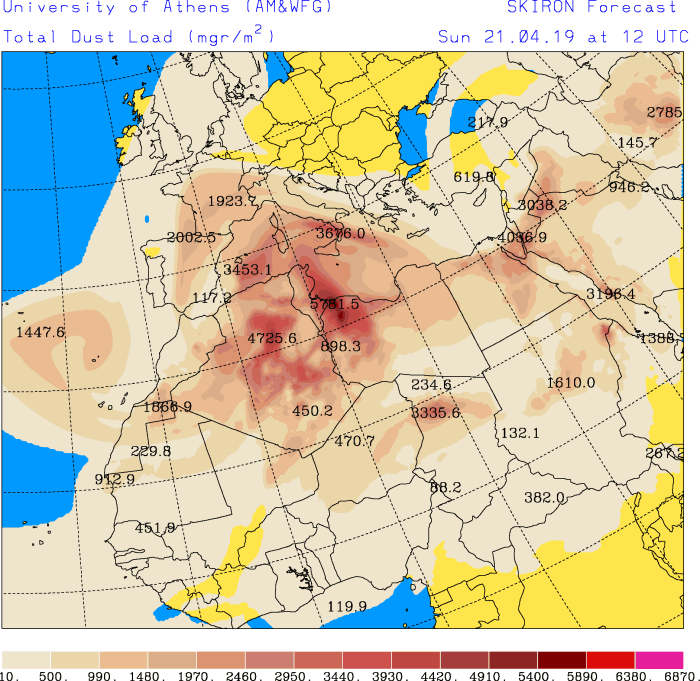 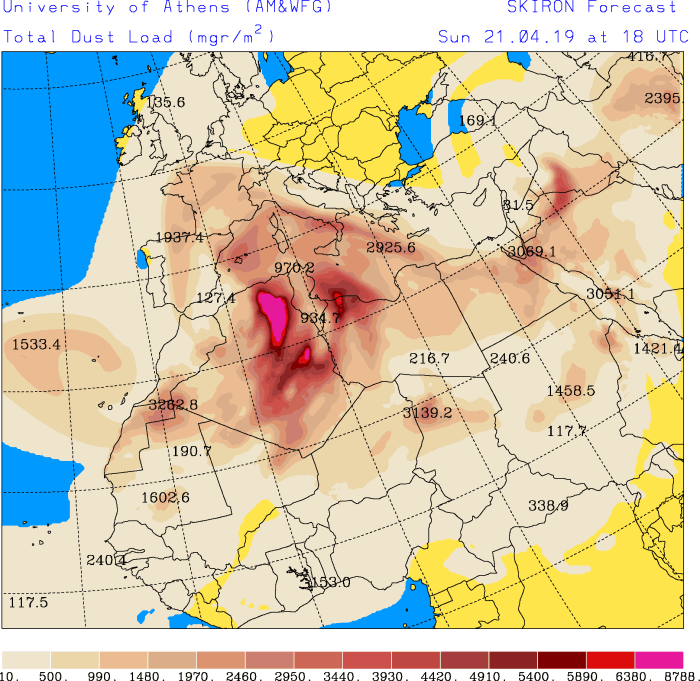 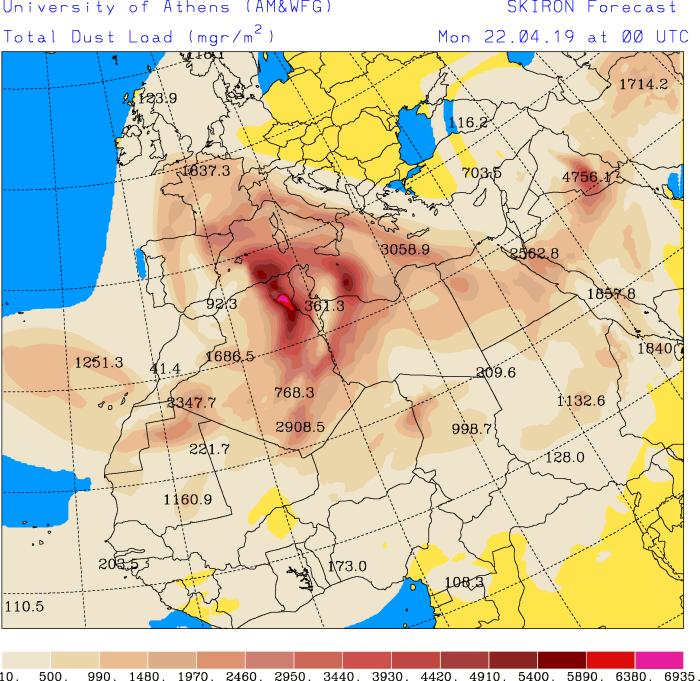 The thick wave of dust will push across the western and central Mediterranean in the morning. Expect very dusty skies across the Balearic Islands, Corsica, Sardinia all the way to Malta! This wave will push into southern France and northern Italy by the afternoon. Meanwhile, dust will also reach the UK and Ireland, southwest Germany, the Adriatic region and western Balkans and all the way across western Greece to Crete Island. Dust storm conditions likely in parts of Libya. 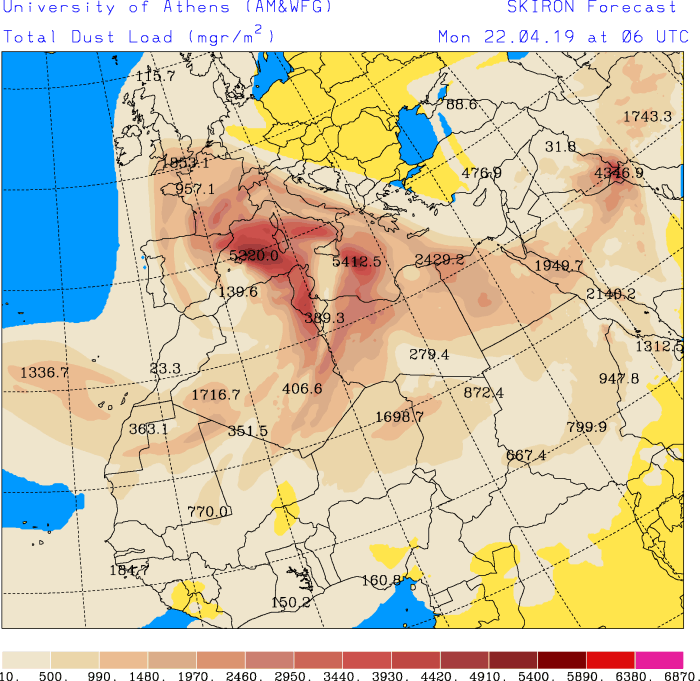 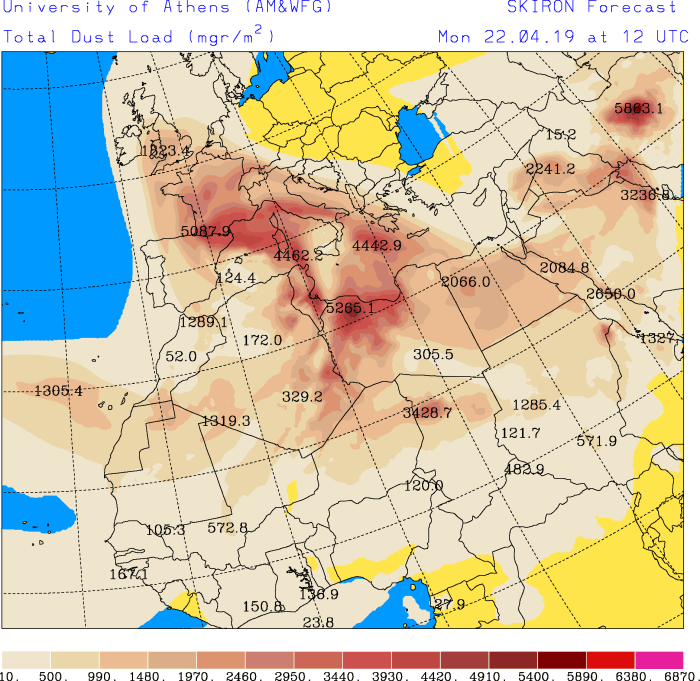 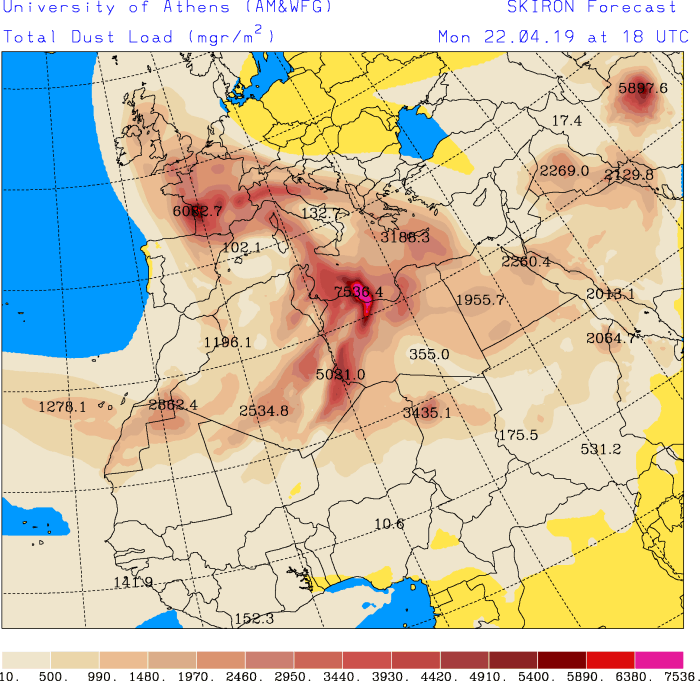 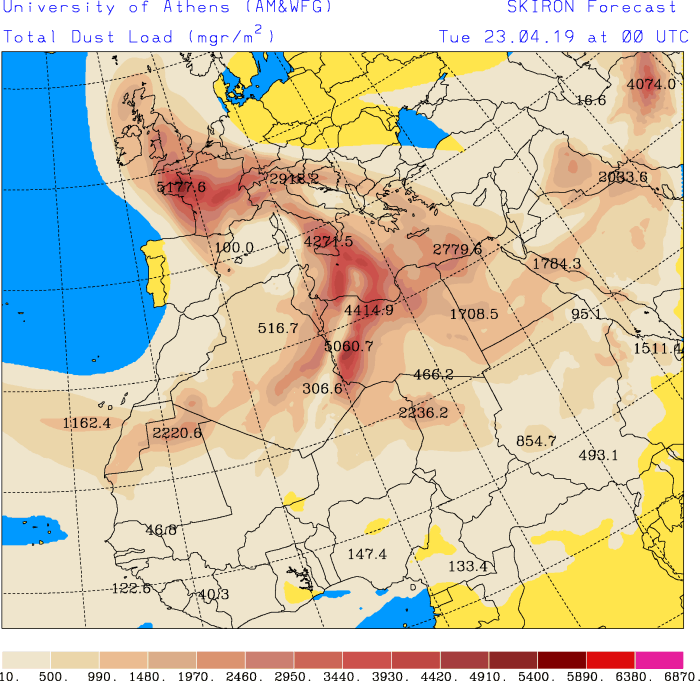 The dust event will likely continue for several additional days, with models indicating thick dust over the UK and Ireland on Tuesday and Wednesday. Thick dust will likely push further northeast and east, as far as Poland, Ukraine, Turkey and Cyprus by Wednesday. We will be providing further updates.

Meanwhile be on the lookout for dusty skies and dust deposition on surfaces. Send us your reports to our Facebook page!