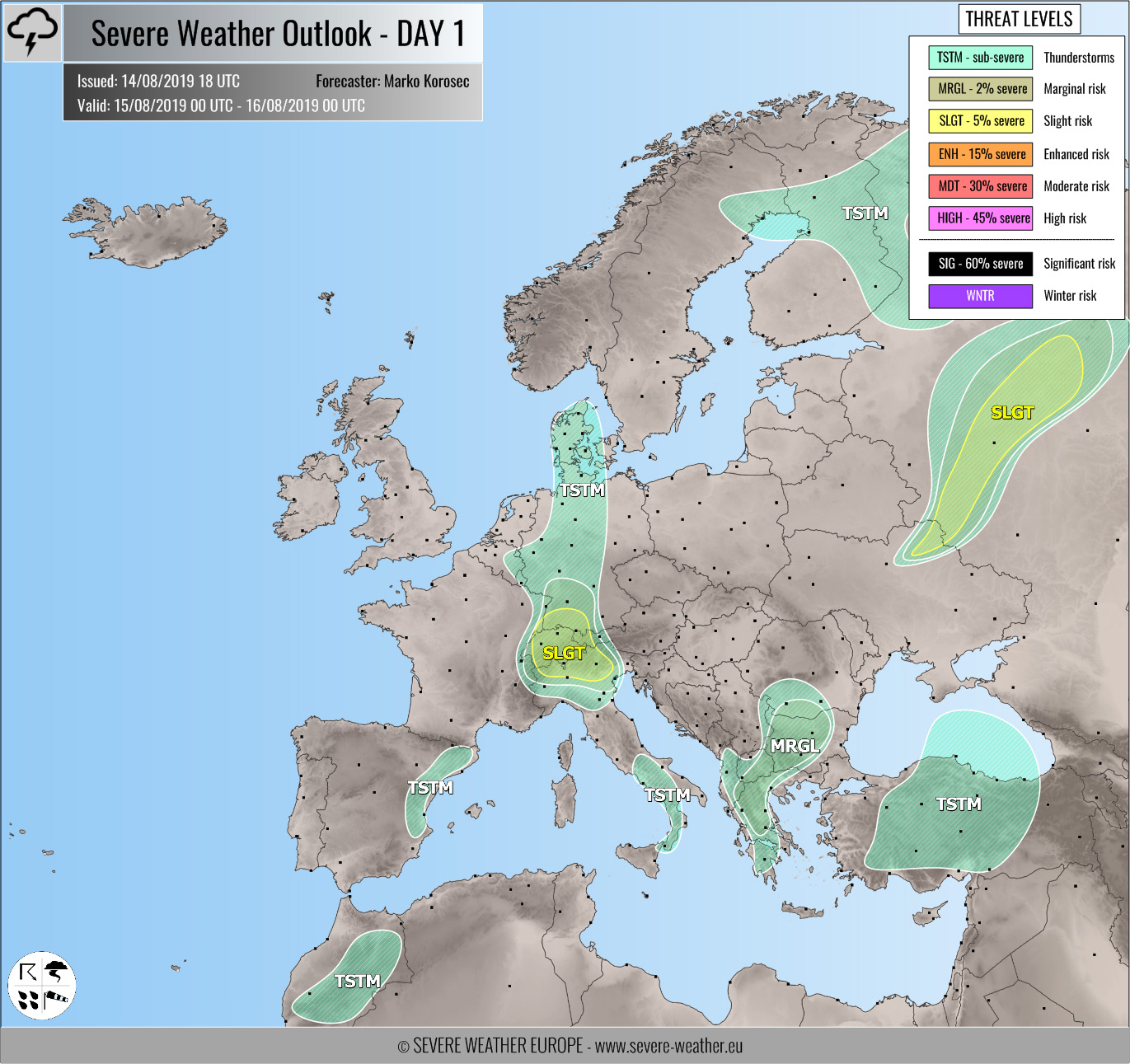 A large trough is gradually weakening while moving across E-CNTRL Europe while ridging is developing over SW Europe and Azores. A short-wave crosses the Alps while another wave is over the S Balkans. 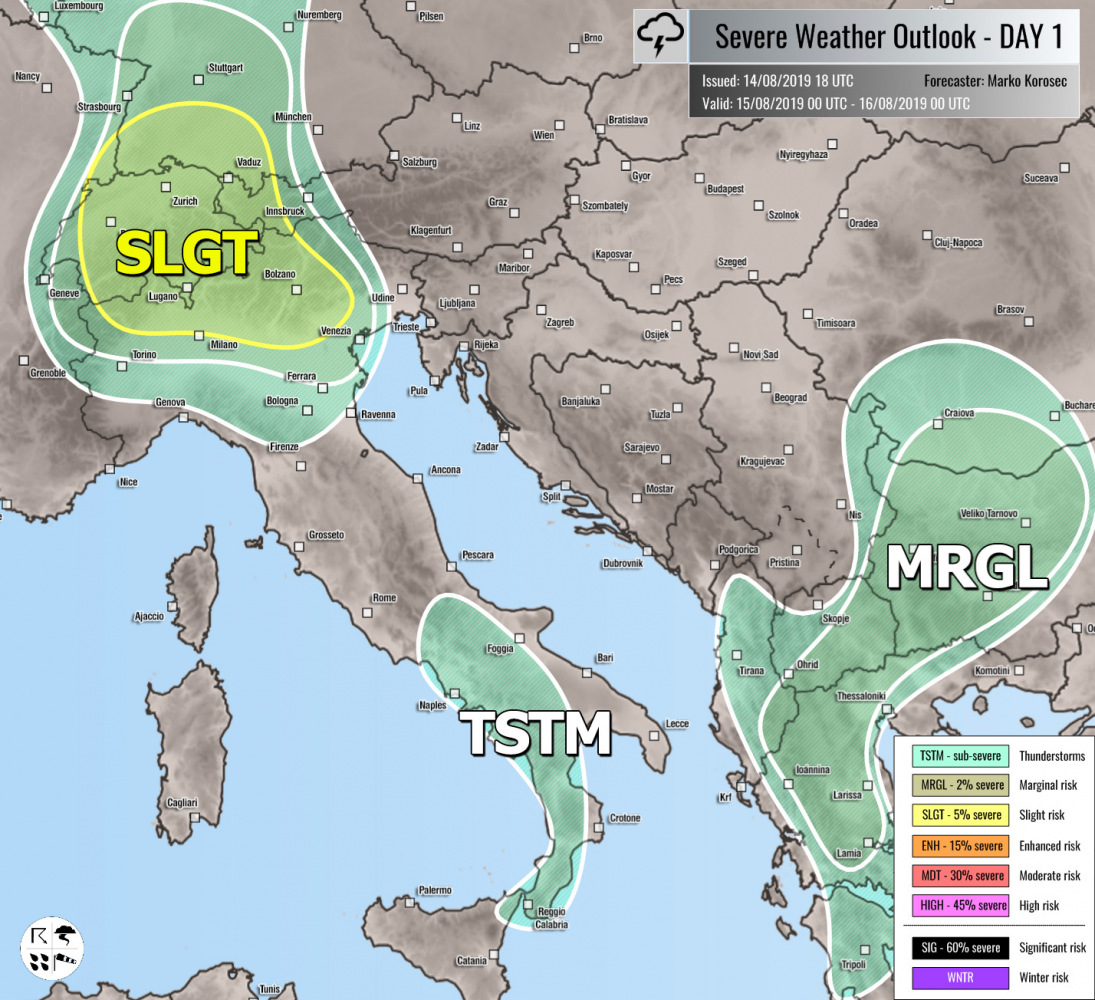 SLGT risk has been issued for W Alps including SW Germany, Switzerland, extreme W Austria and N Italy with isolated threat for severe storms, capable of producing severe winds, marginally large hail and heavy rainfall. Only isolated organized storms are expected due to limited instability while activity will be quite widespread along the moving short-wave. 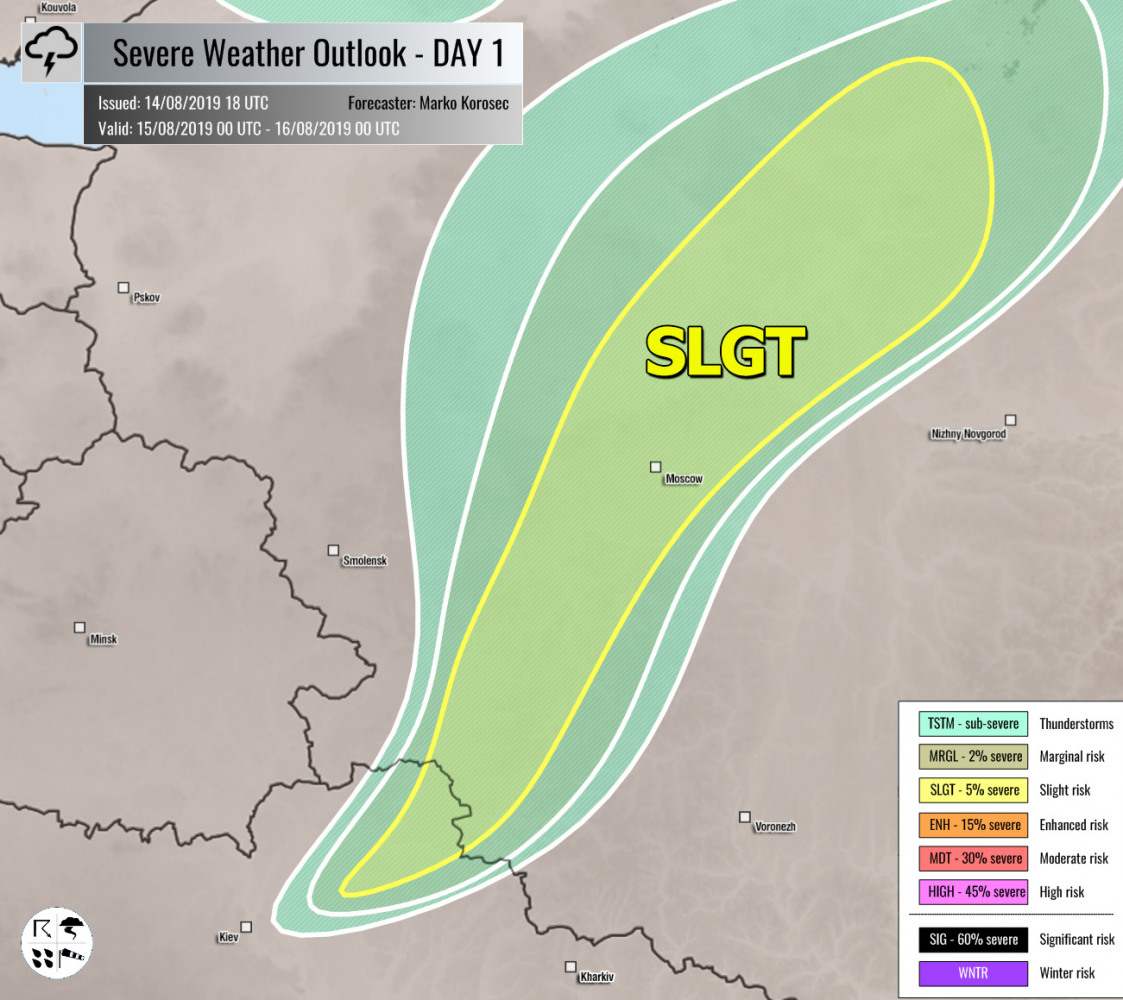 SLGT risk has been issued for N Ukraine into W Russia with threat for severe storms, capable of producing severe winds, large hail, torrential rainfall and tornadoes. Organized storms are expected along the cold front again, fueled by moderately strong MLCAPE and moderate shear. Supercells with large hail and damaging winds are likely.

MRGL risk has been issued for S Balkans with threat for isolated severe storms, capable of producing severe winds, large hail and torrential rainfall within moderately unstable and sheared environment.