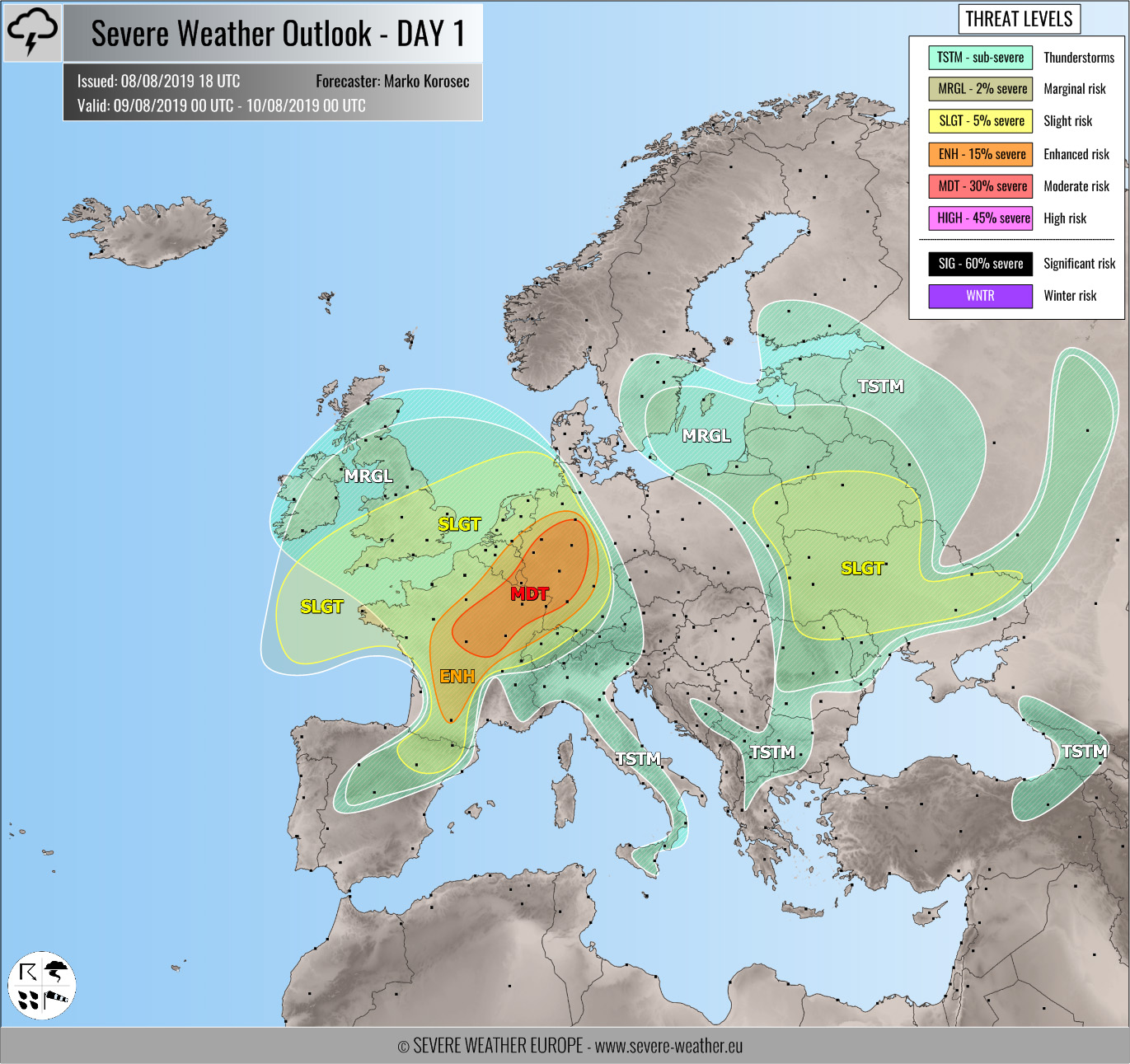 A large trough with a deep cyclone is moving across W Europe, while upper ridge is strengthening across south-central Europe. In between, strong SW-erlies are present across the frontal zone over France, Benelux and W Germany. A weakening upper low remains over W Russia. 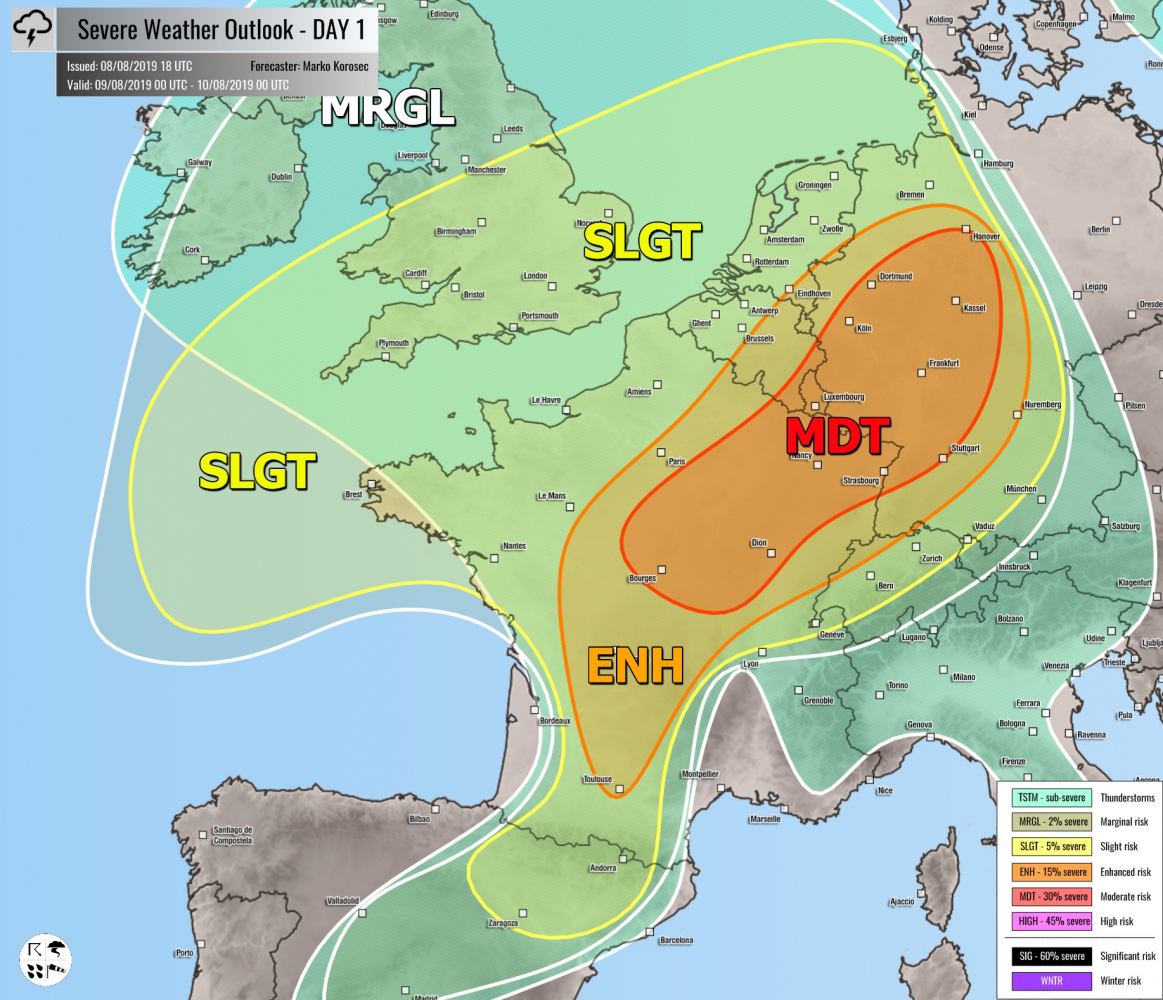 MDT risk has been issued across ENE France, S Belenux into W-CNTRL Germany with threat for severe storms, capable of producing severe damaging winds, torrential rainfall and large to very large hail. Scattered organized storms are expected to develop across the warm sector, stretching from central France towards W Germany by early to mid-afternoon. Airmass is becoming moderately unstable with MLCAPE around 1500 J/kg, overlapped with rather strong 40-50 knots of bulk shear. Discete supercell storms are likely to develop, posing threat for severe damaging winds, large hail and flash floods. Storms will merge into a large system / MCS of two towards the evening hours while spreading into Germany and continue overnight.

ENH / SLGT risks have been issued for areas surrounding the MDT risk across France, Germany, Benelux into S England and Wales with more isolated threat for severe storms, capable of producing severe winds, torrential rainfall and large hail. SLGT risk has been extended across SW England, Wales and into the Bay of Biscay mainly due to expected widespread non-convective winds up to near 90 km/h, associated with the deep cyclone. 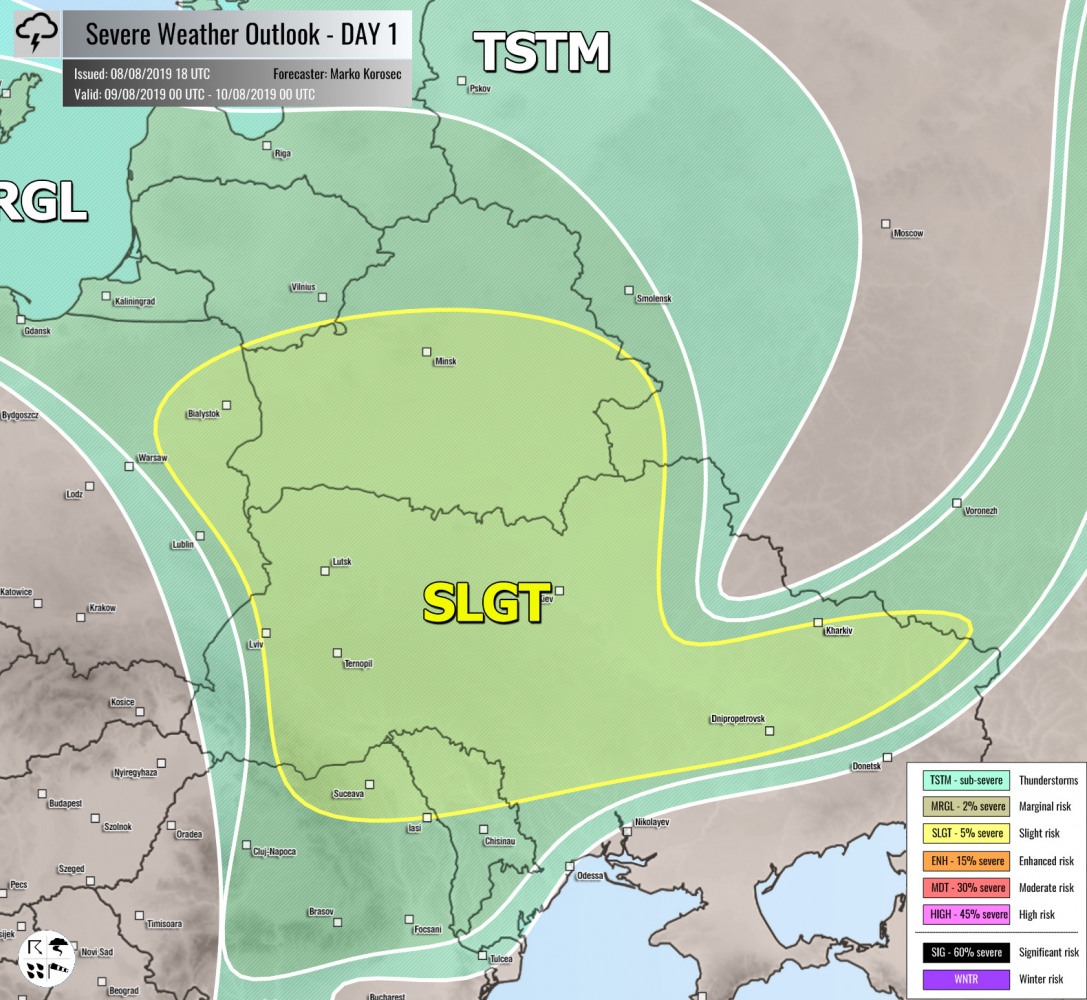