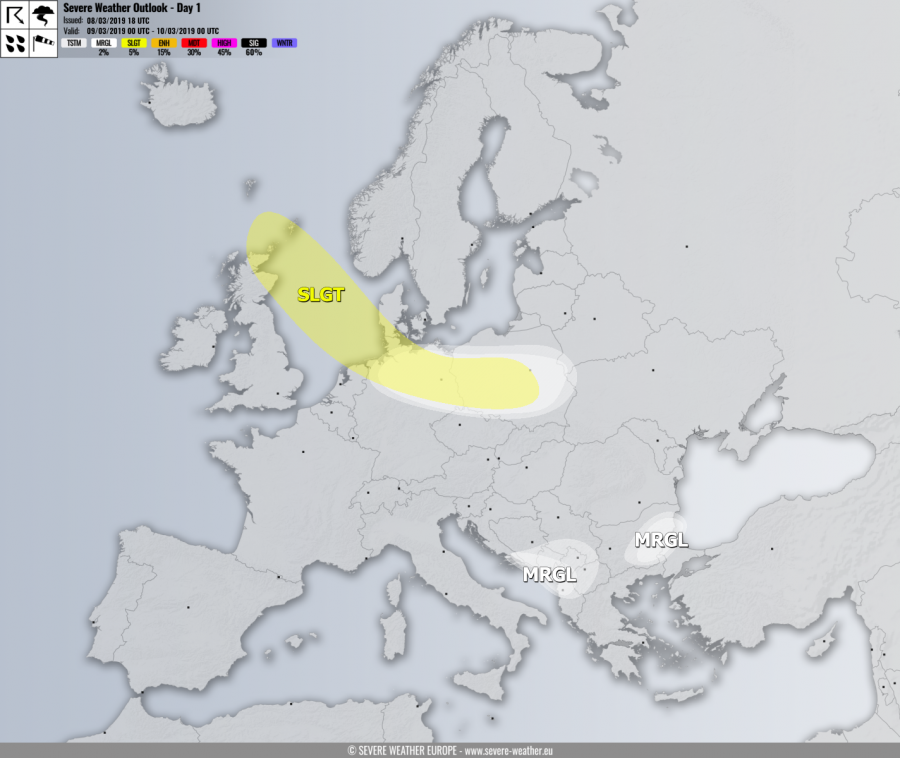 Europe is divided in two halves, a large deep trough is located over N Europe while ridging dominates S Europe. A surface cyclone moves across the North Sea and S Scandinavia with cold front and wave pushed across Poland while another short wave drifts SE over the Balkan peninsula.

SLGT risk has been issued for N Scotland across the North Sea towards Denmark, NNE Germany into Poland with threat for severe winds in excess of 100 km/h locally.

SLGT risk has also been issued across NNE Germany into Poland and N Czech Republic with threat for isolated severe storms, capable of producing some marginal hail and severe winds. Despite the lack of instability, tornado threat could be enhanced as well as strong LL shear and helicity will be available for strongest cells along the surface front.

MRGL risk has been issued for eastern Bulgaria where threat for isolated severe storms with marginal hail, heavy rainfall and severe winds exists.