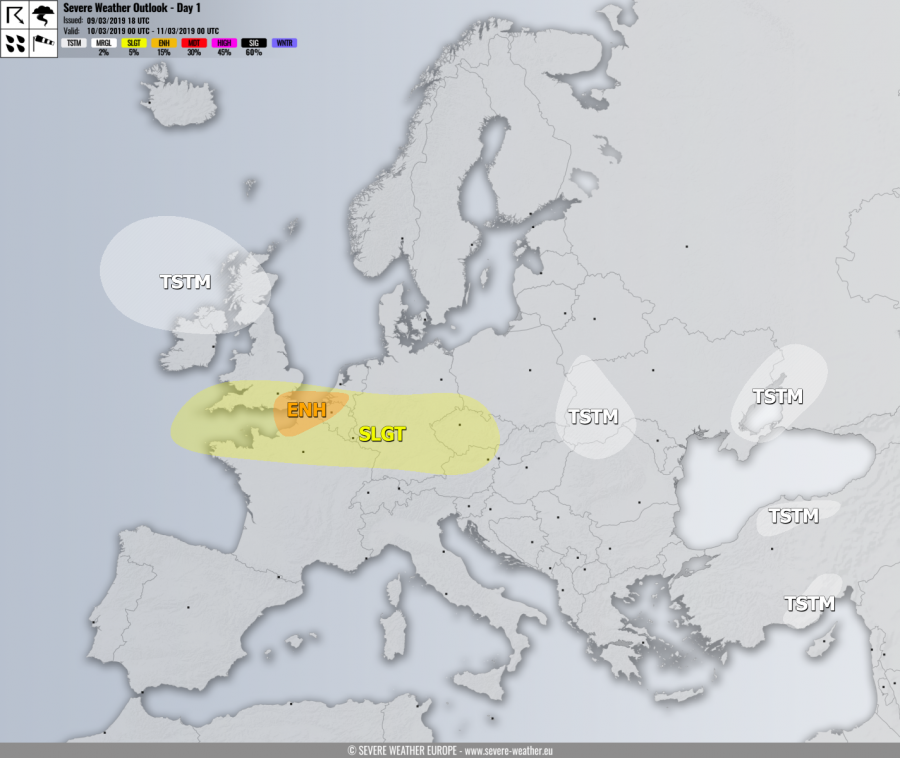 A deep trough dominates the northern half of Europe while ridging persists across the southern half. In between, strong zonal flow with several waves establishes. One short-wave trough pushes across eastern Europe while another waves rapidly moves across western Europe.

ENH risk has been issued for parts of SE England, English Channel, NE France and Benelux with threat for severe winds locally in excess of 100 km/h.

TSTM risk areas have been placed across parts of UK and Ireland, western / east Ukraine and parts of Turkey where convective storms are most likely, but should remain sub-severe. Some threat for strong to severe gusts does exist over W Ukraine until the morning hours.