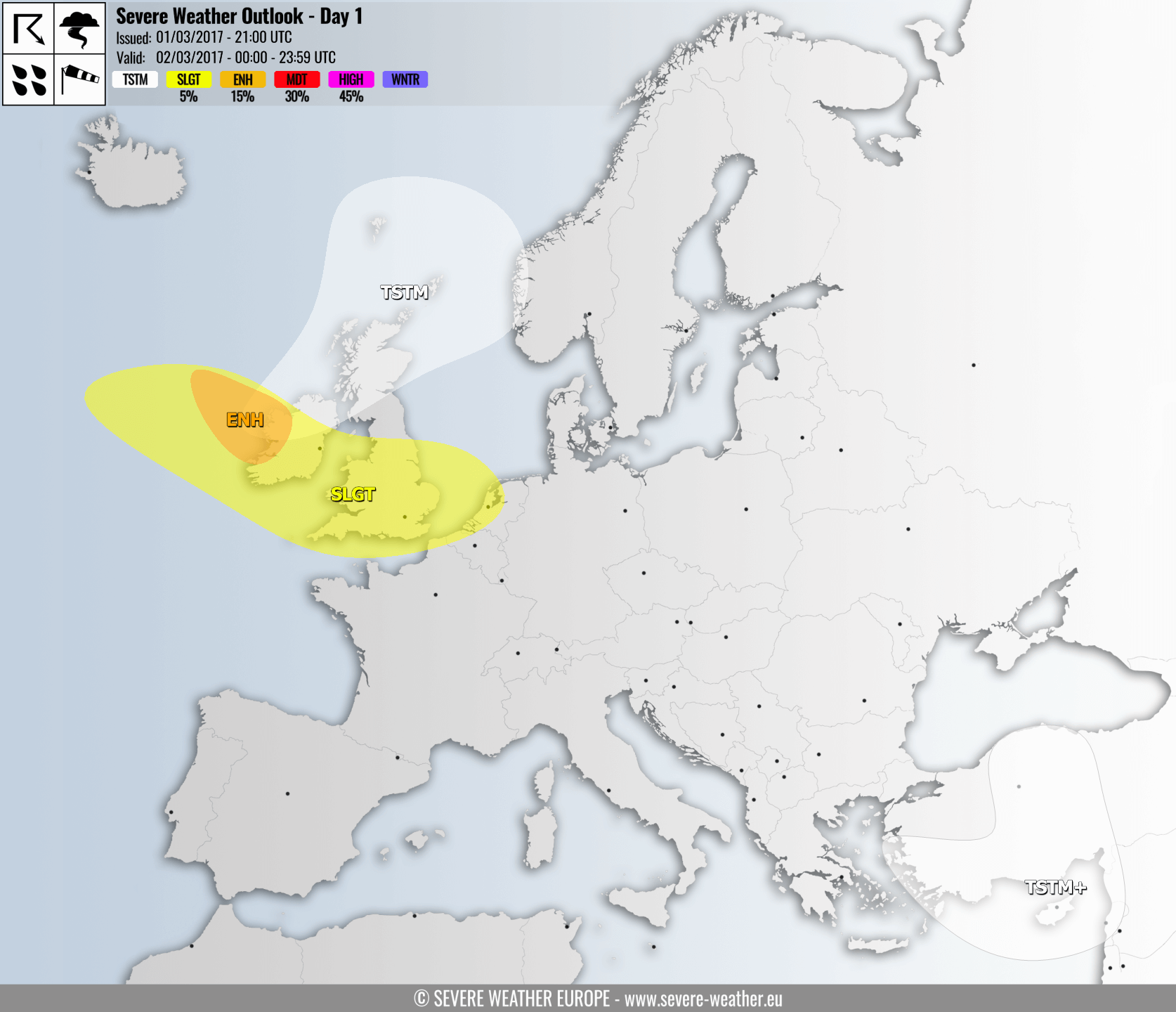 A large upper trough extends over northern and western Europe while a short wave trough over the Balkan peninsula ejects over Turkey as an upper low. The deepening low over the North Sea establishes a corridor for awind storm over parts of British Isles.

An ENH risk has been issued for parts of W coast of Ireland and the Atlantic ocean off the coast for severe winds gusting at 120-130 km/h.

A SLGT risk has been issued for surrounding areas of ENH including parts of Ireland and southern half of UK, the English channel, the N-NE coast of France and the coast of Belgium and the Netherlands for winds gusting at 100-110 km/h.

A TSTM+ risk has been issued for parts of Turkey, Cyprus and extreme E Mediterranean for thunderstorms with threat of torrential rainfall, severe wind gusts and marginally large hail

A TSTM risk has been issued for parts of the North Sea, parts of the Norwegian sea, Scotland, Northern Ireland, parts of Ireland, Faroe Islands and extreme W coast of Norway for thunderstorms with threat of locally torrential rainfall and graupel.

Share on TwitterShare on RedditShare on FacebookShare on PinterestShare on WhatsApp
Week 18 (May 2-8, 2016) Contest Winners
← Previous
Outlook day 1 (valid: 03/03/2017)
Next →
Comments are closed.