Askja is a caldera volcano, situated in the eastern volcanic belt in Iceland. The volcano got famous during its very big eruption, on March 29, 1875. Ash, or tephra from this eruption was wind-blown to Scandinavia and even central Europe. This large eruption triggered a substantial wave of emigration from Iceland. The last eruption of Askja was in 1961, quite smaller in size than the large 1875 eruption. 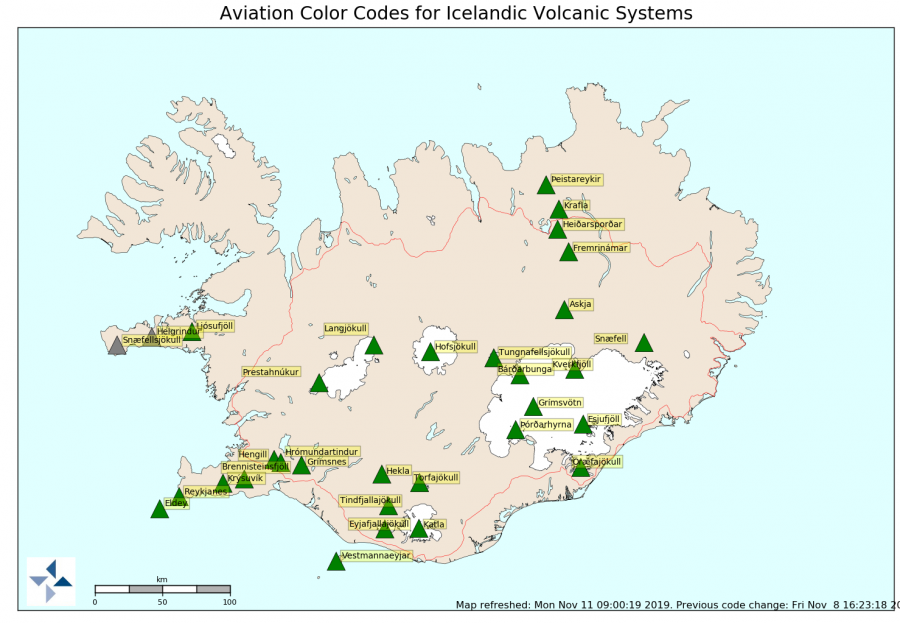 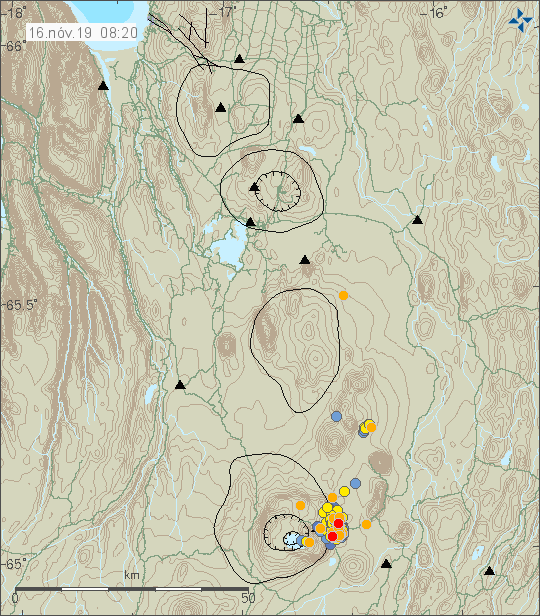 Looking at the past two weeks, we can see the steady increase in earthquake activity, increasing in magnitude and numbers, and perhaps reaching a bit deeper down in depth. So far, more than 1300 earthquakes have been recorded in this individual swarm, in less than one week, and over 400 in just two days! The strongest earthquake so far had a magnitude of 3.4. The swarm intensity has reduced for now, but the officials have designated this as the largest known eartquake swarm in this particular area, and keep a 24/7 watch on the volcano. 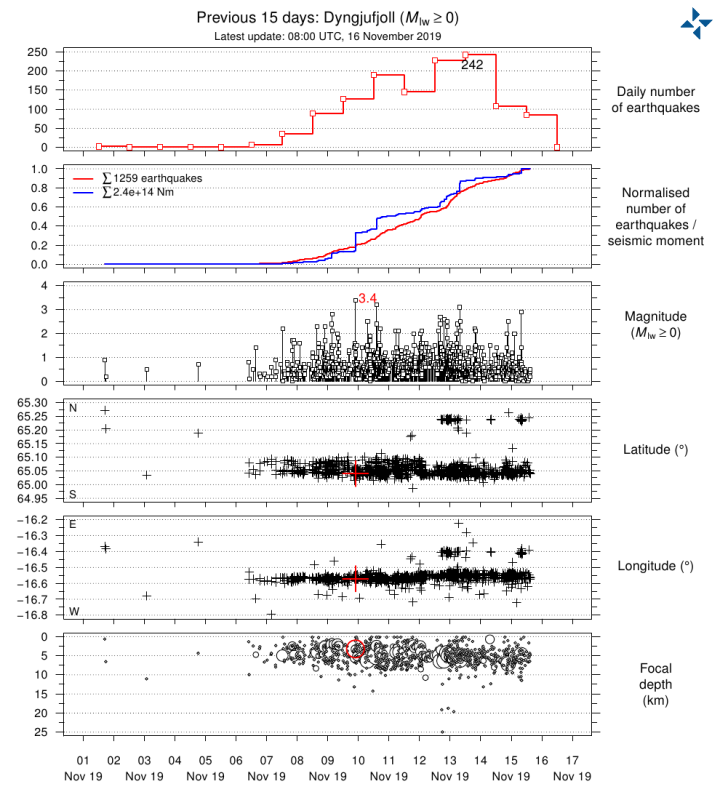 So far, this earthquake swarm looks to be mostly tectonic in nature, caused by the natural spreading forces under Iceland, which we discussed in our article on elevated activity at certain Volcanoes in Iceland. It is not impossible for a prolonged tectonic earthquake swarm to eventually go magmatic and triggering an eruption, if the volcano in unstable enough, which Askja is. So if this event persists, an eruption chance will increase. The officials are keeping a close watch on the volcano, monitoring the activity 24/7. 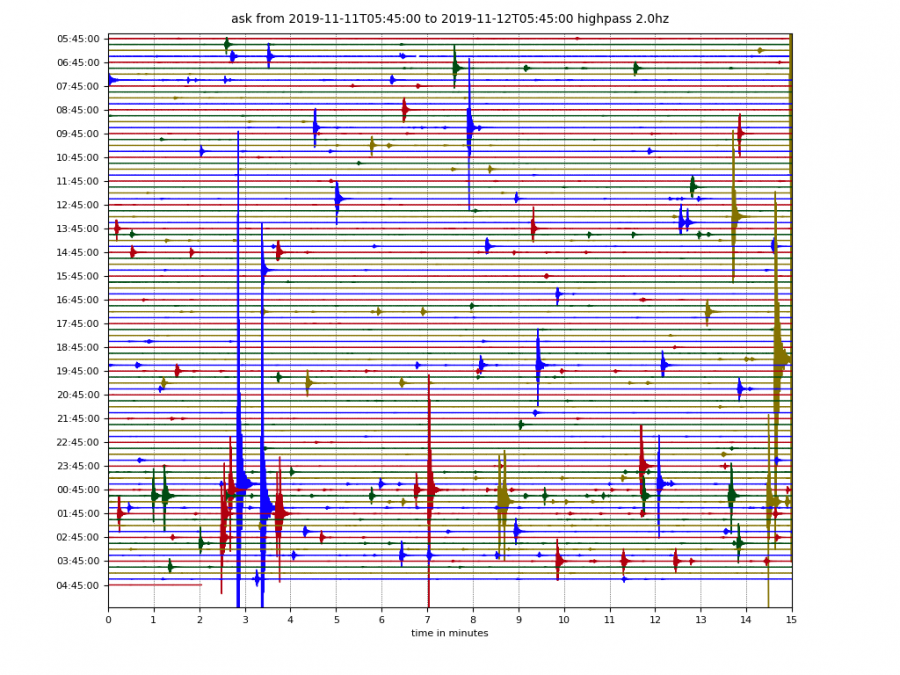 There are currently no signs that an eruption is imminent at Askja, but that can change at any time. So, if we imagine a hypothetical scenario that Askja would start an explosive eruption, what would that mean for Europe? We made a simulation, using the NOAA Hysplit model, for a hypothetical scenario, if Askja would erupt next week. The simulation shows how far the ash cloud would travel in 3 days (72 hours) if it would reach 10-kilometer altitude since most of the air traffic is around that altitude. The simulation uses weather forecast data to calculate the high altitude winds and where they would carry the ash cloud. It is very obvious that most of the fine ash particles would be transported directly over Western Europe, circulating over Central Europe and into Scandinavia. That would put air traffic at full stop over Europe, causing significant economic damage, perhaps similar to the 2010 events, when the Eyjafjallajokull volcano erupted.

We will keep you updated on any important further development, so stay tuned as volcanoes in Iceland go from hot to hotter!