We have another small but very intense tropical system that went through a rapid intensification in very short period of time – borderline strength to Super typhoon FENGSHEN. While it was still a Tropical Storm yesterday, Nov 12th 12 UTC, with 65 mph sustained winds, Fengshen rapidly intensified into an intense typhoon within the last 24 hours. It is now packing winds of 125 mph (110 knots / 200 km/h) with central pressure around 952 mbar. This means the 60 mph increase in 24 hours period, way above the threshold for rapid intensification (35 mph / 24 hours).

Satellite imagery reveal a rather impressive structure of Fengshen, indicating a wide-open upper-level outflow in all directions, with tiny eye surrounded by intense convection and eyewall. Clearly a sign the system went through rapid intensification. Fengshen maintains an impressive structure today. 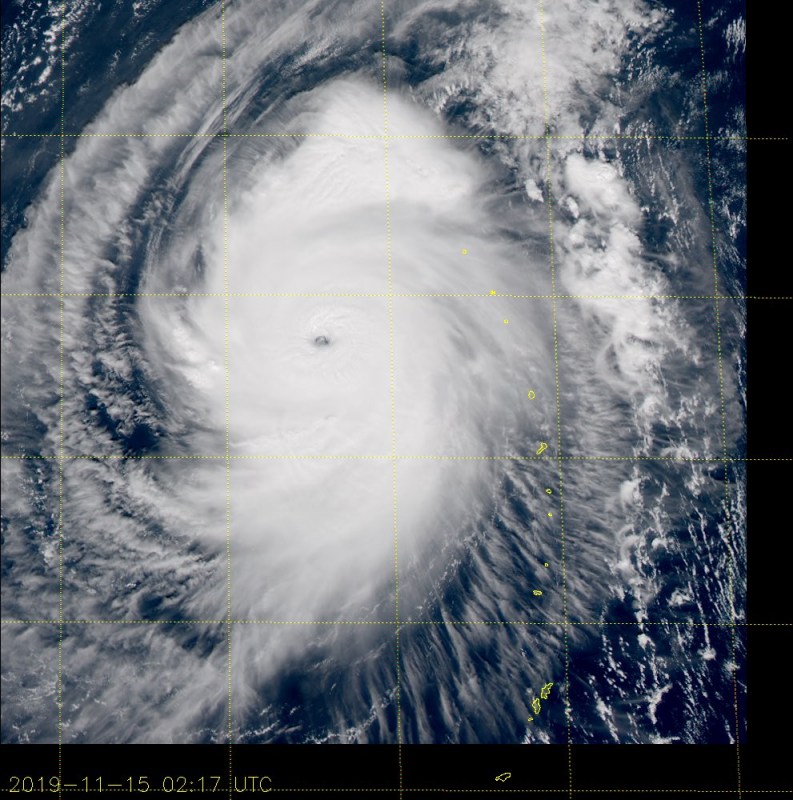 The little ones have been ruling the Western Pacific lately. Typhoon #Fengshen is the newest in the string of small but strong systems in October and November. pic.twitter.com/c9WaS2uR1v

From a storm that was almost sheared to death to a maturing system with transverse banding and a well-defined eye pic.twitter.com/10kSeBc8ZM

Cyclone #Fengshen in the Western Pacific is revving up toward Category 4 intensity while impacting the northern #Mariana Islands. #CycloneFengshen is forecast to recurve around over subtropical latitudes and fizzle out. https://t.co/qGdHTcDE3G pic.twitter.com/gq2aZ4U05l

Advanced Dvorak Technique (ADT) analysis reveals how intense the intensification was since yesterday, Fengshen in having radii of 50 kt winds across 65-80 miles around the eye.

Future track will bring Fengshen close to Japanese island Iwo To tomorrow, then typhoon turns ENE and begins its weakening trend. Fengshen should remain in low shear until tomorrow, then wind shear gets stronger and will likely strongly affect the typhoon’s strength. Despite sea waters remain very warm – 27-28 °C. Looks like Fengshen is close to its peak strength and could potentially even reach a Category 4 threshold within the next 12-18 hours, before begins weakening. 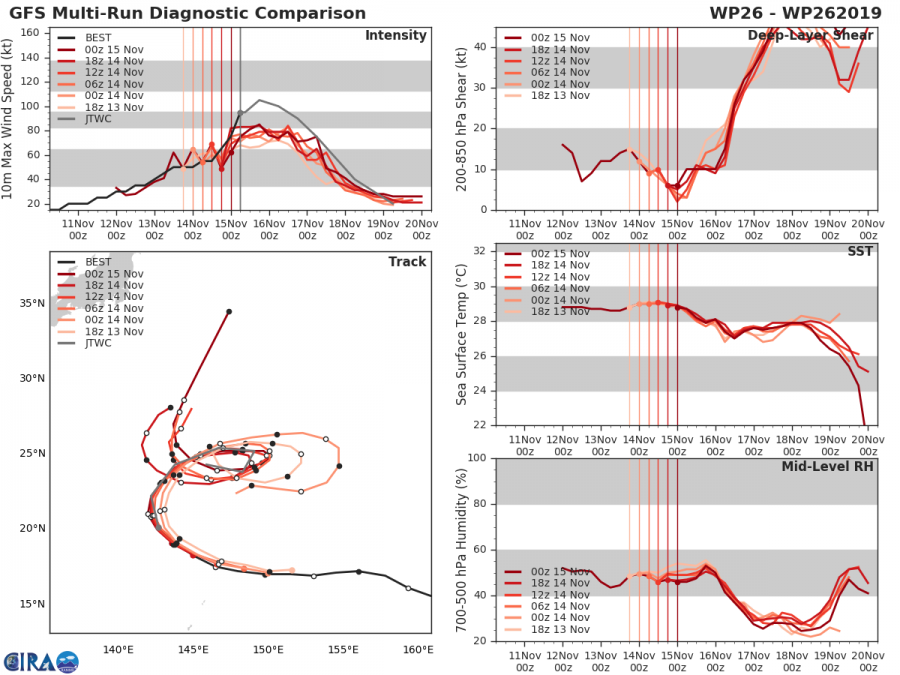