The weakening of the stratospheric polar vortex is well underway. The polar stratospheric jet stream is losing its momentum, as monthly ECMWF forecasts start to hint at a possible Sudden Stratospheric Warming event by the end of the year.

In the past days, the polar vortex reached 40-year record strength for this time of year. It would likely strengthen even further, but its rise to power was stopped and reversed, due to two pressure/temperature waves that press onto the vortex. That reduces the speed of the stratospheric polar jet stream, also known as the polar night jet (PNJ). Graphics (weatheriscool.com) show the polar vortex at around 30km altitude, being “attacked” from two sides, also known as a wave-2 pattern. By the November 20th, we can even see hints at a wave-3 pattern. 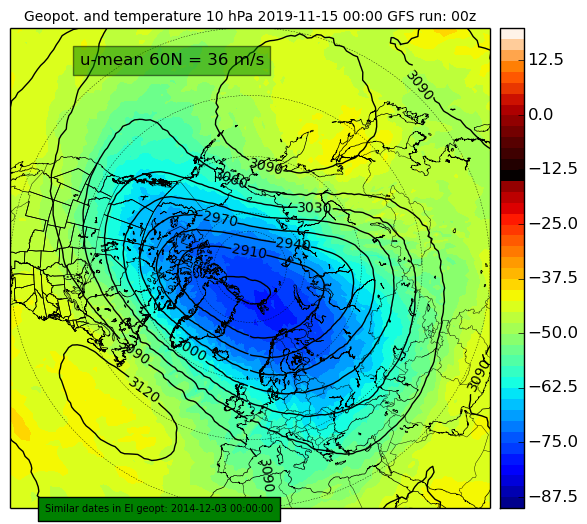 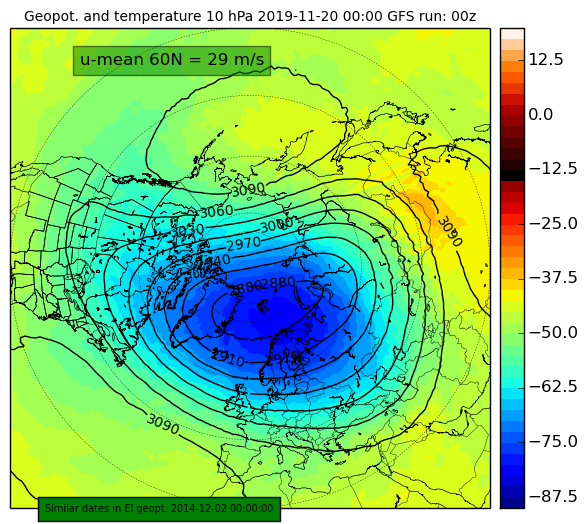 The 16-day ensemble forecast shows the strength of the polar night jet, weakening over time, taking a brief break around November 22nd. After that period, it starts to weaken again. That is not random, but as we will see, there is a change in the wave pattern. 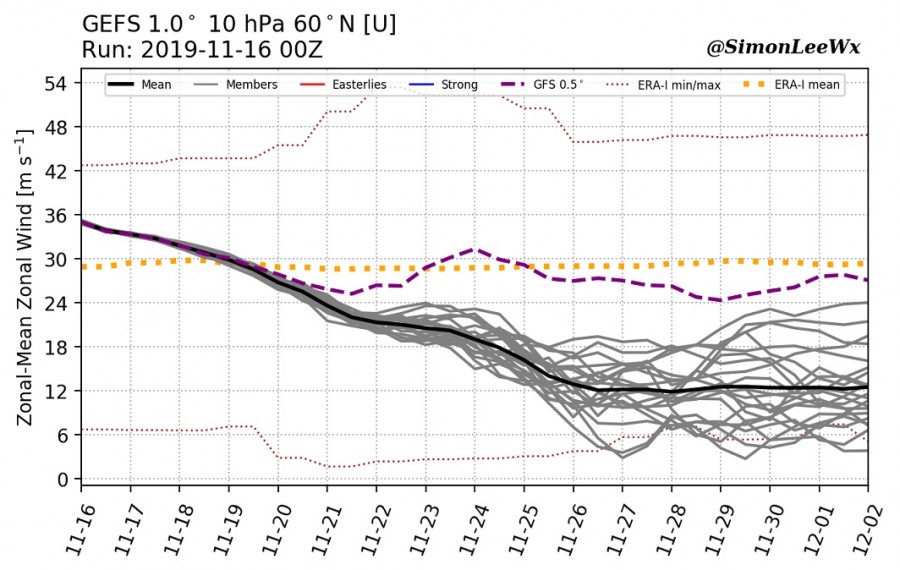 By November 22nd, the wave 2 pattern will weaken. We will see a shift into a more wave-1 pattern look, where we have one dominant “high” pressing onto the polar vortex. Meanwhile, the warming will start over Asia around the surf zone of the polar vortex. Surf zone is a zone of high turbulence and vorticity, surrounding the main core of the polar vortex. While we have a more dominant high over the North Pacific area, we can see another high building over Asia, associated with the warming. This makes this event a wave-2 by visual definition, and even perhaps a wave-3. But as the graph below shows, the wave-1 pattern will dominate in strength. 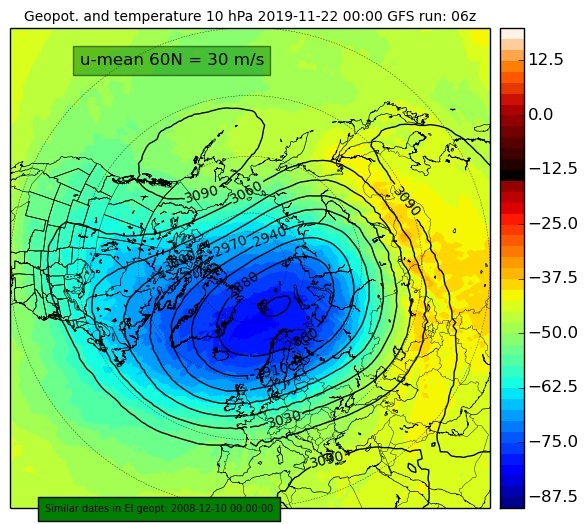 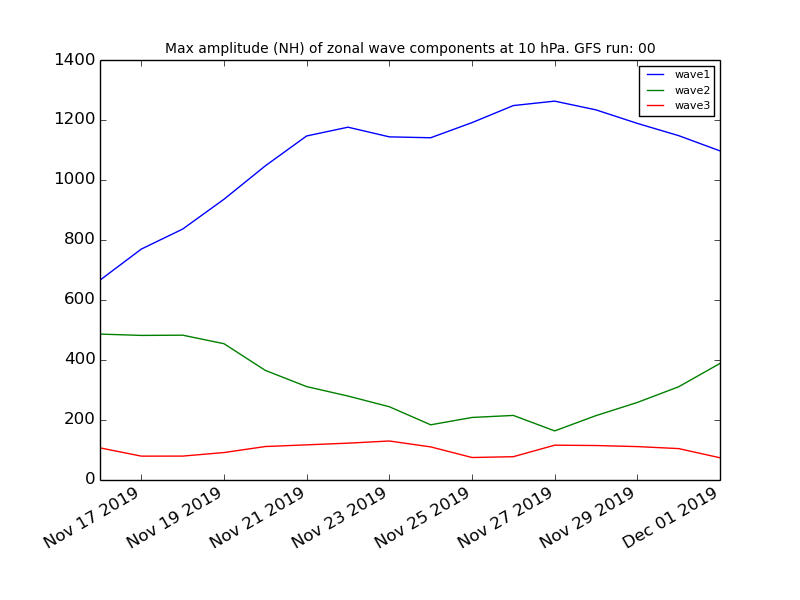 The wave 1 pattern will strengthen, combined with the sharp rise in temperatures over Asia, and will slowly but steadily “eat” the vortex around its edges. Instead of a strengthening vortex, we will see a weakening vortex, which is not common for this time of year. A wave-2 pattern should slowly start to emerge again. 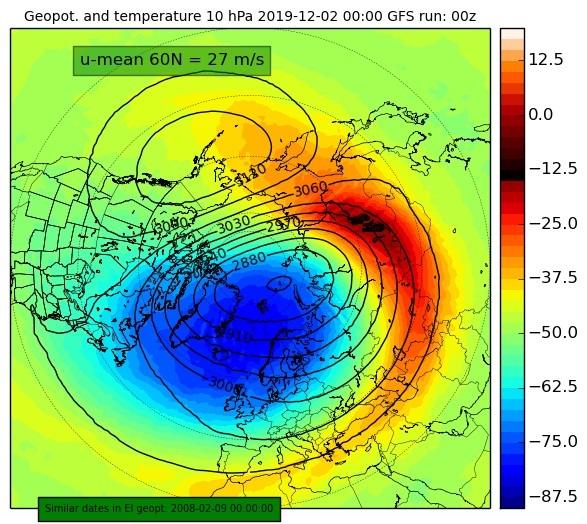 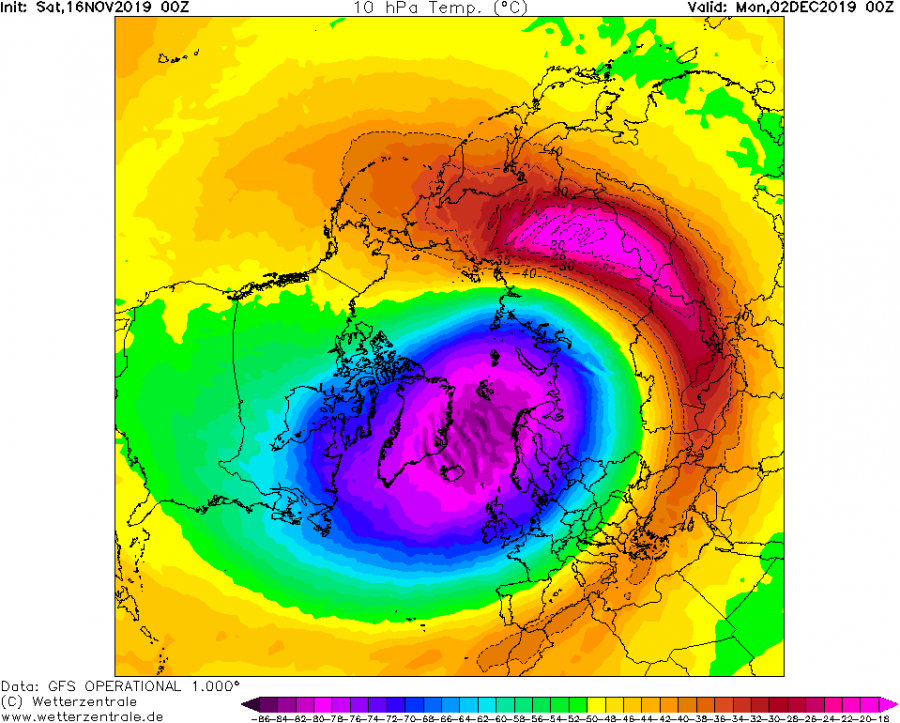 What is driving these waves? The answer is perhaps not as simple as the question. But we can simplify by saying that the main energy comes from below. A dynamical weather pattern and strong pressure differences in the troposphere where our weather is. That can send waves of energy up into the stratosphere. We can see an example of a dynamic weather pattern on the two graphics below. They show the day-10 pressure anomaly forecast from EMCWF. 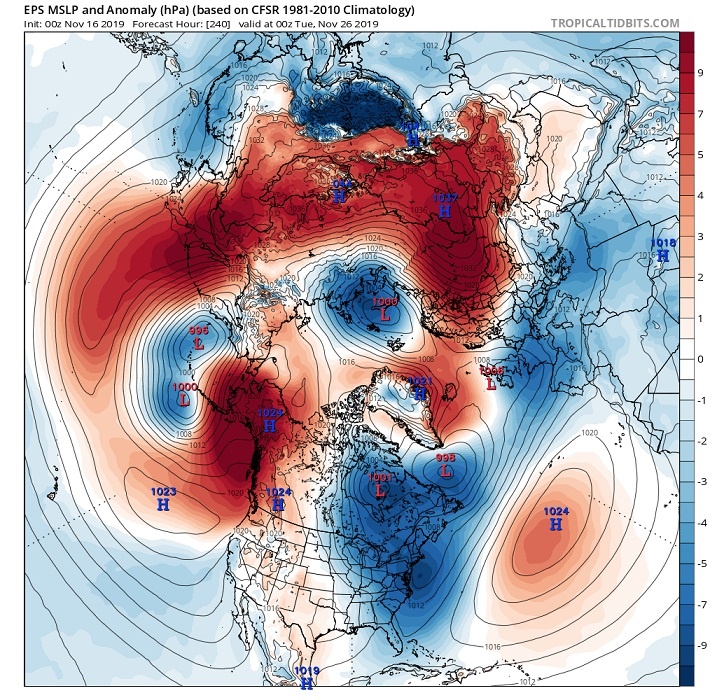 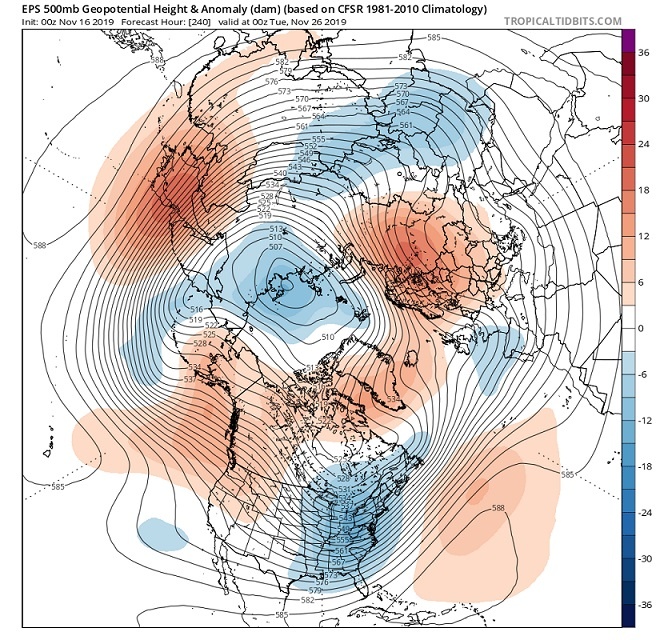 The latest monthly forecast from ECMWF shows strong positive anomalies for December/January. Instead of a cold and deep vortex, it actually hints at a weaker and warmer stratospheric circulation. That is a strong sign of a collapsed polar vortex, and high probability of a sudden stratospheric warming event by the end of the year. 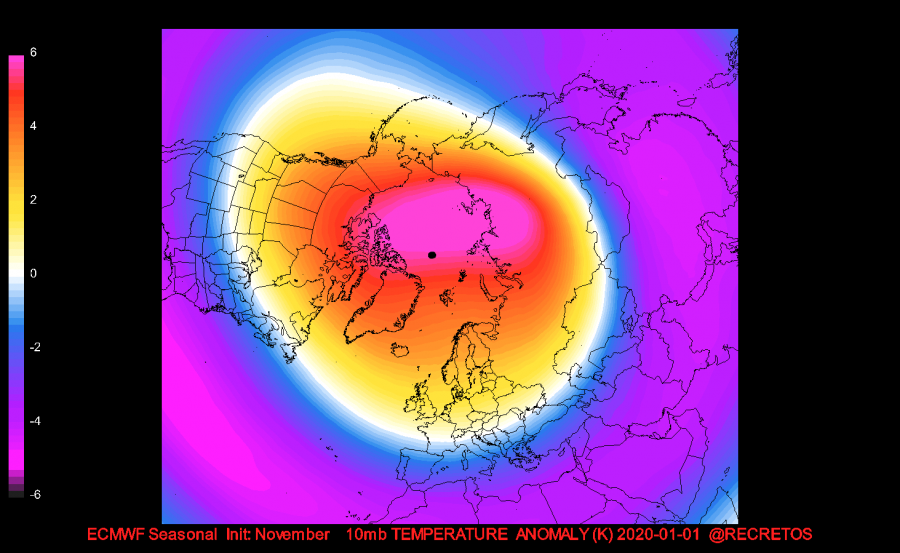 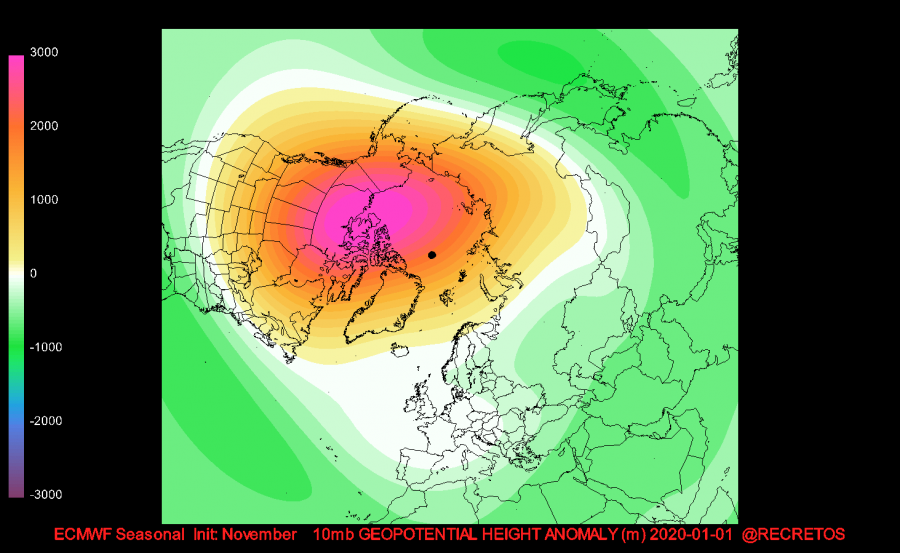