Not so long ago, we wrote about the elevated activity at certain Volcanoes in Iceland. In the past few weeks, there were two volcanoes that showed more unrest and earthquake activity. The Hekla volcano, and the mighty Grimsvotn volcano. Both are currently top contenders for the next volcanic eruption in Iceland. 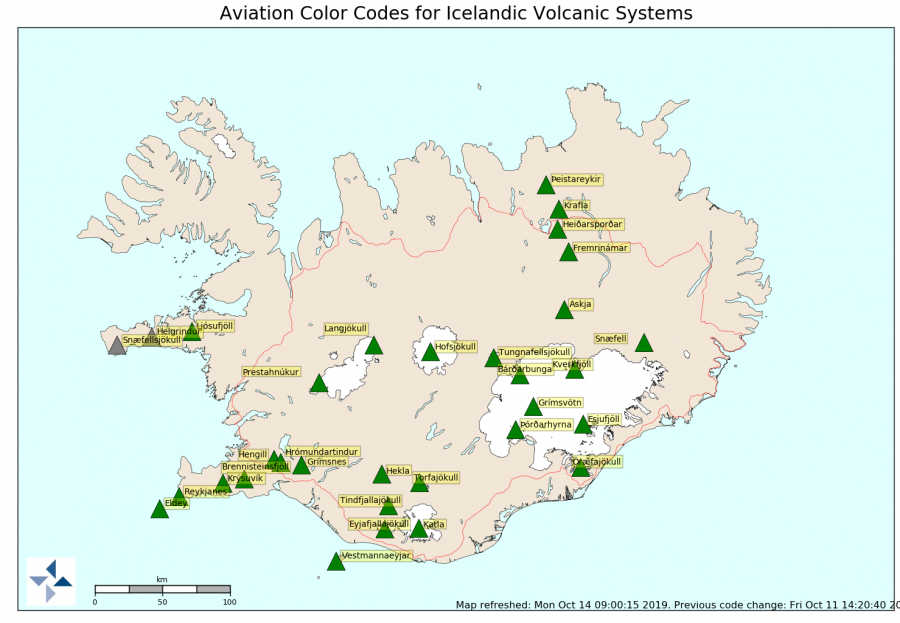 Hekla volcano had its last eruption in February 2000, sending ash and smoke over 12 km high into the atmosphere. The explosive phase was followed by a few days of lava flows, after which Hekla returned to sleep, until the present time. 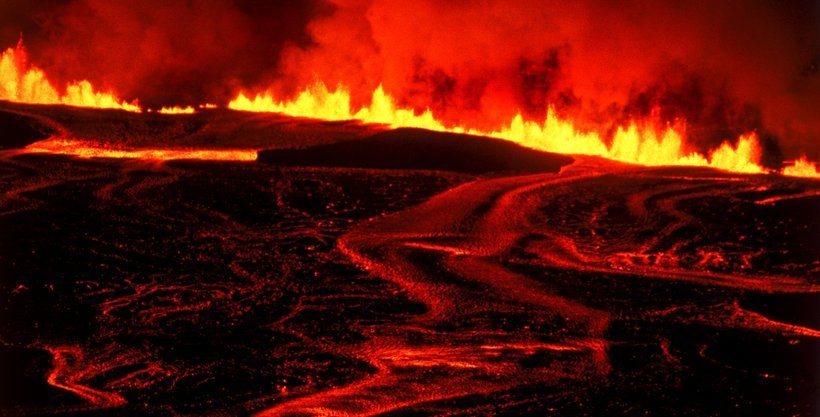 Studies in the past 5 years have shown that the volcano is very close to erupting, based on ground deformation data. Earthquake activity was normal or at low levels at Hekla so far, with occasional brief increase. But earthquakes are usually a regular occurrence at every volcano that is not extinct, though sometimes we can see elevated activity compared to what is normal for an individual volcano. Hekla has seen an increased number of earthquakes in the past two months, right around and under the mountain. Hekla is not particularly known for having high levels of seismicity, so every increase is taken with caution and closer monitoring. 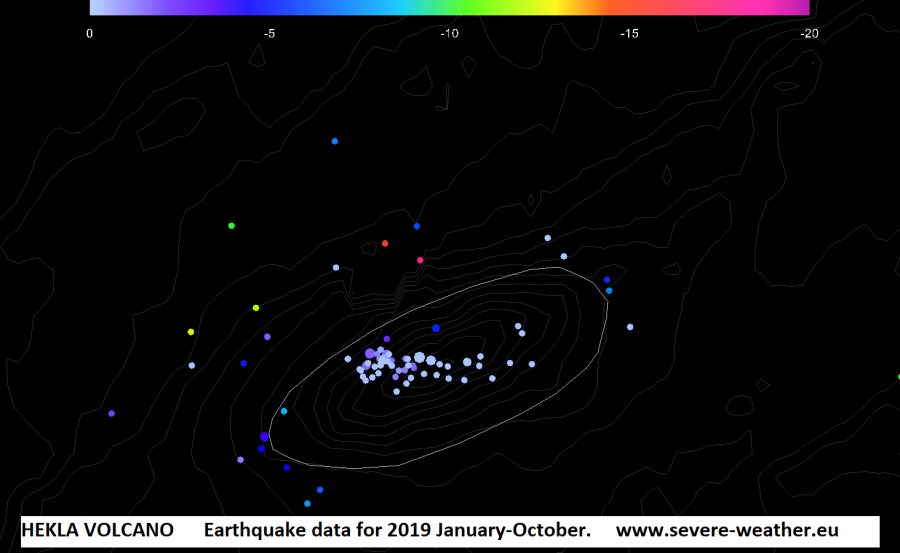 A higher percentage of earthquakes at Hekla, was in the past two months. More specifically in the past two weeks, where seismographs recorded 17 earthquakes, which is an elevated number for Hekla. Looking at the graphics, we can see earthquake locations, colored by depth, where it is obvious that in the first half of the year, we have seen more activity around the mountain and at deeper levels underground, while in the past two months, earthquakes were mostly under the mountain and at shallow levels. No official alerts have been raised so far, but scientists in charge have increased the monitoring effort and have set up more monitoring equipment at the volcano. 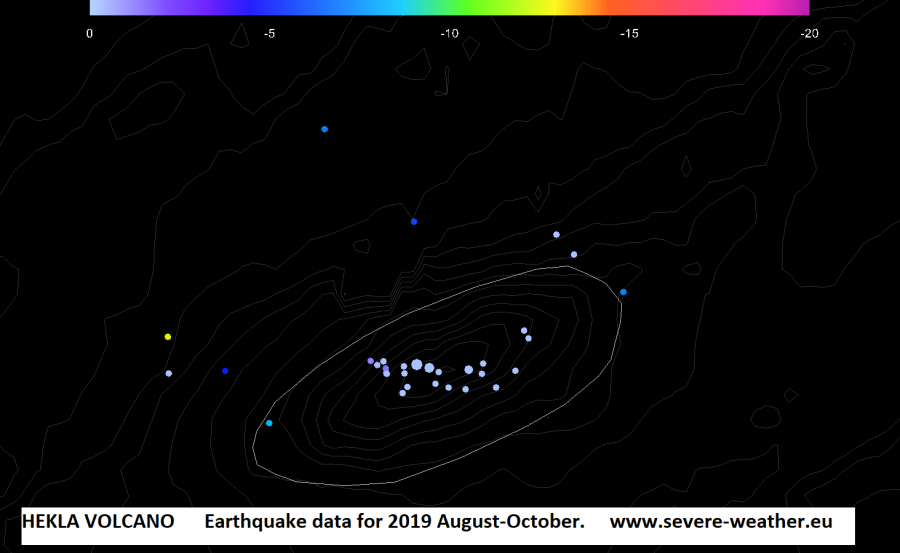 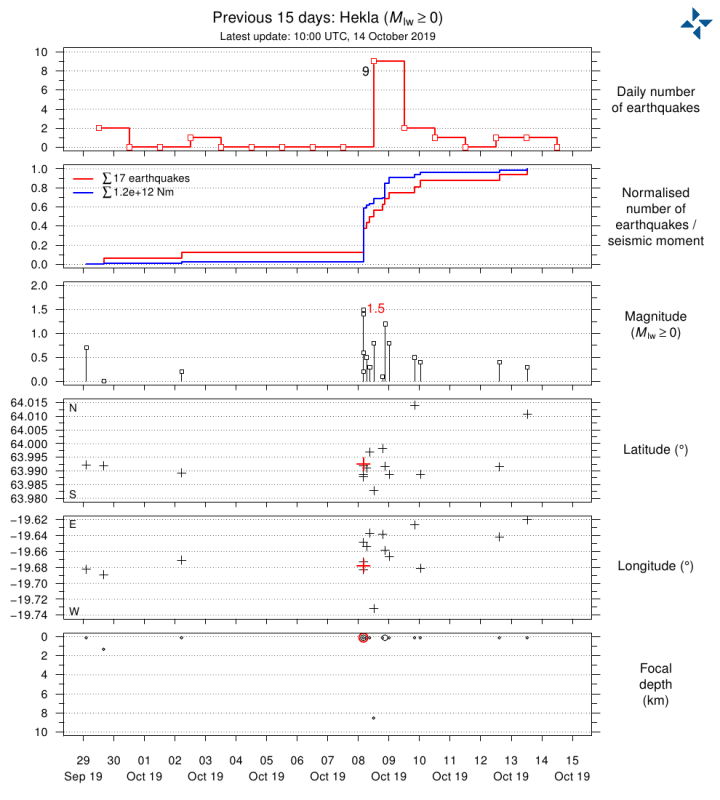 Hekla is capable of medium to large eruptions. The Hekla eruption in 1104 was large enough to cover more than half of Iceland in ash, and has also sent ash south, down into northern Europe. This is likely the worst case scenario currently if it erupts, but it is hard to say what the potential eruption power might be. Last eruptions were not close to the scale of the 1104 eruption, and there are no immediate indications that the next one would be much more powerful than the last ones. But volcanoes are known to change patterns and eruption powers without much notice.

Grimsvotn is perhaps not as an imediate concern as Hekla, but is also nearing its explosive day, which could be big. It is now having near-constant earthquake activity, and just yesterday a magnitude 3.1 earthquake was detected near the location of the 1996 eruption (Gjalp fissure). We can see the M3.1 earthquake as a star on the plot, just slightly northwest of the Grimsvotn caldera. 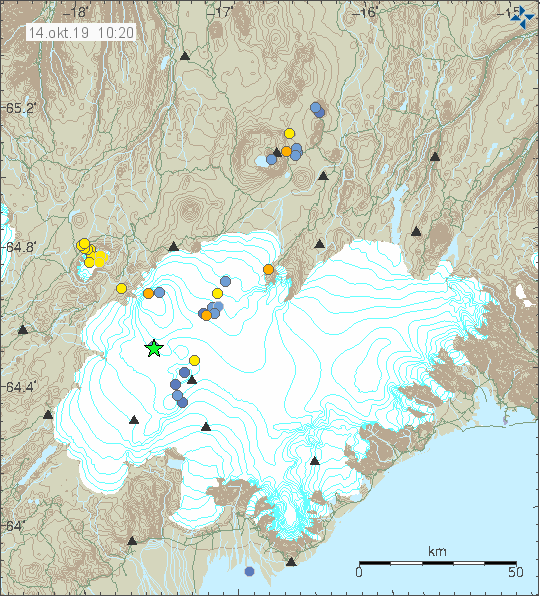 The earthquake trends at Grimsvotn do show a steady increase in numbers, with last two months having above average activity. This is a normal trend for Grimsvotn as it slowly nears its next eruption cycle. Grimsvotn can potentially have a stronger impact on Iceland and also Europe when it erupts, compared to Hekla. That is why is 24/7 monitoring is required, so people in Iceland (and air traffic over Europe), have enough notice to move out of any danger in time. Grimsvotn is a relatively steady eruptor, with its last 3 eruptions being in 1998, 2004 and 2011, all explosive. This gives an average of about 6-7 years between last eruptions. Its last eruption was in 2011, which is 8 years ago, but it was a big eruption, so the volcanic system takes more time to recover and recharge. A large explosive eruption from Grimsvotn could cover more than half of Iceland in ash, and if high altitude winds would blow towards southeast, they could carry the ash cloud far south, into northern and even central Europe. It could potentially have a strong impact on air traffic, and thus the global economy. 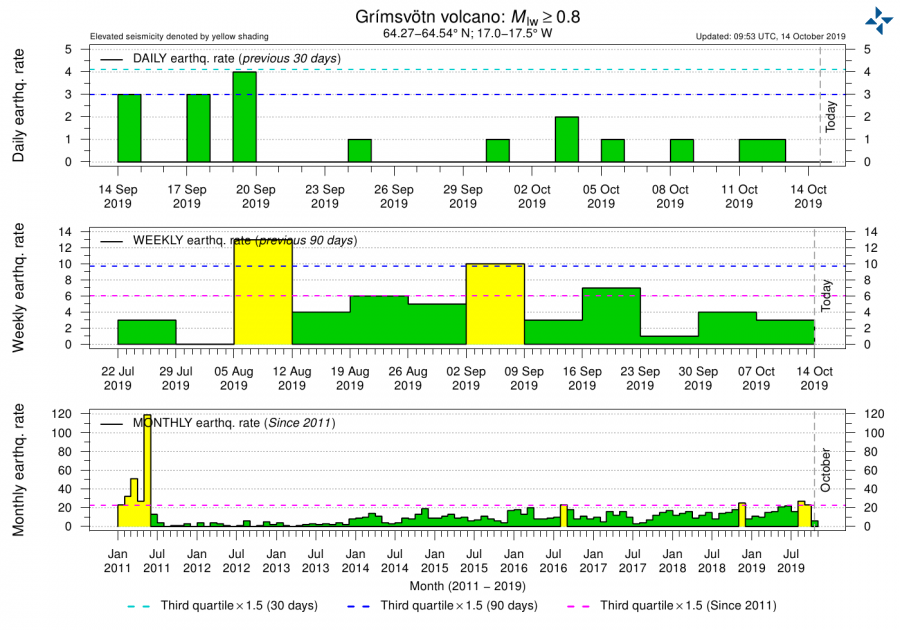 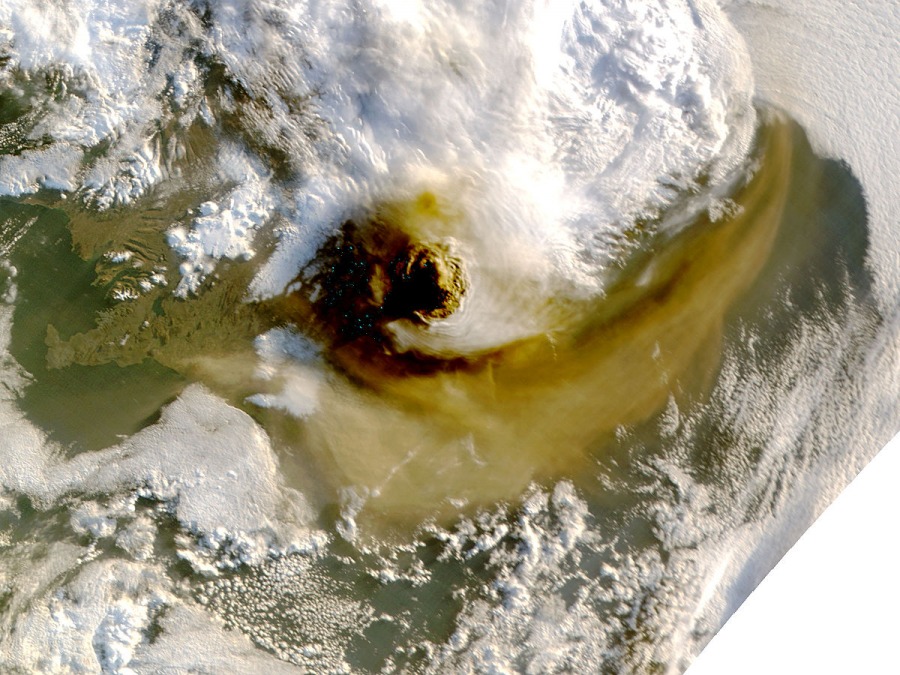 We will keep you updated on any important further development, so stay tuned as volcanoes in Iceland get hotter!