While most of Europe will experience stable and unusually warm weather this week, a more dynamic pattern is expected over the N Atlantic and WSW Europe. A deep trough with an associated surface cyclone could develop a potentially severe windstorm for Ireland on Thursday.

As mentioned in the general pattern outlook for this week, a large deep trough over the N Atlantic is digging south and enters western Europe on Wednesday. An associated deep surface cyclone pushes into Ireland. 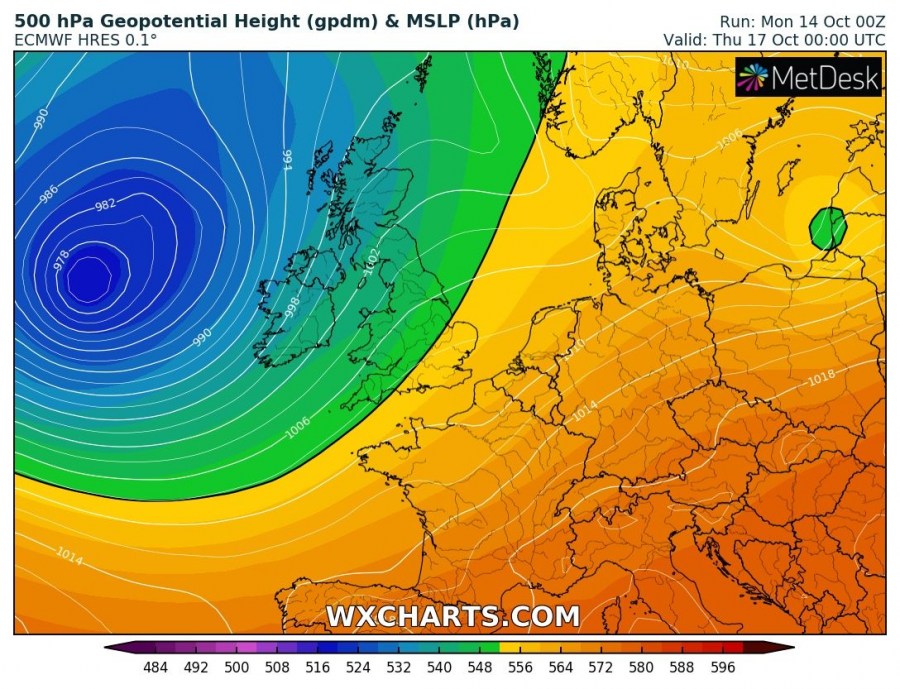 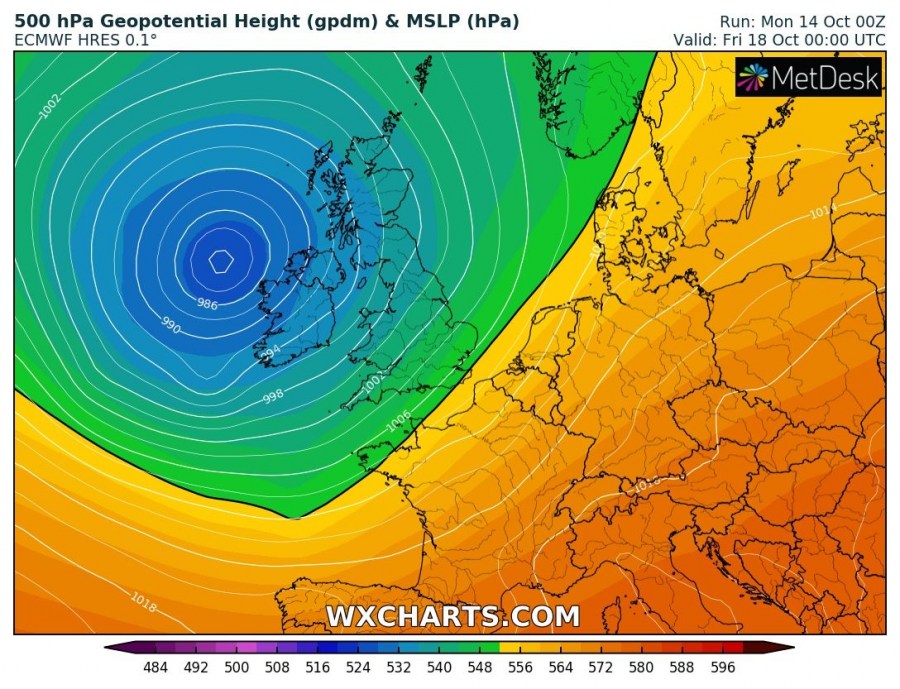 The cyclone from the N Atlantic begins its east progress by Wednesday afternoon, gradually approaching Ireland on Thursday. Unsettled weather conditions with several waves of rain squalls and gusty winds are likely through both days. 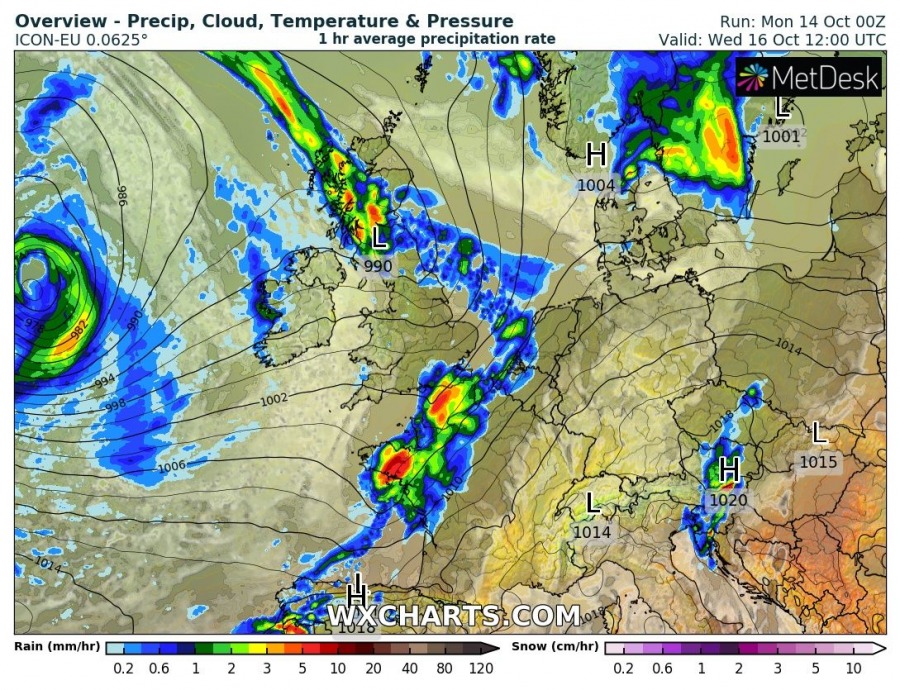 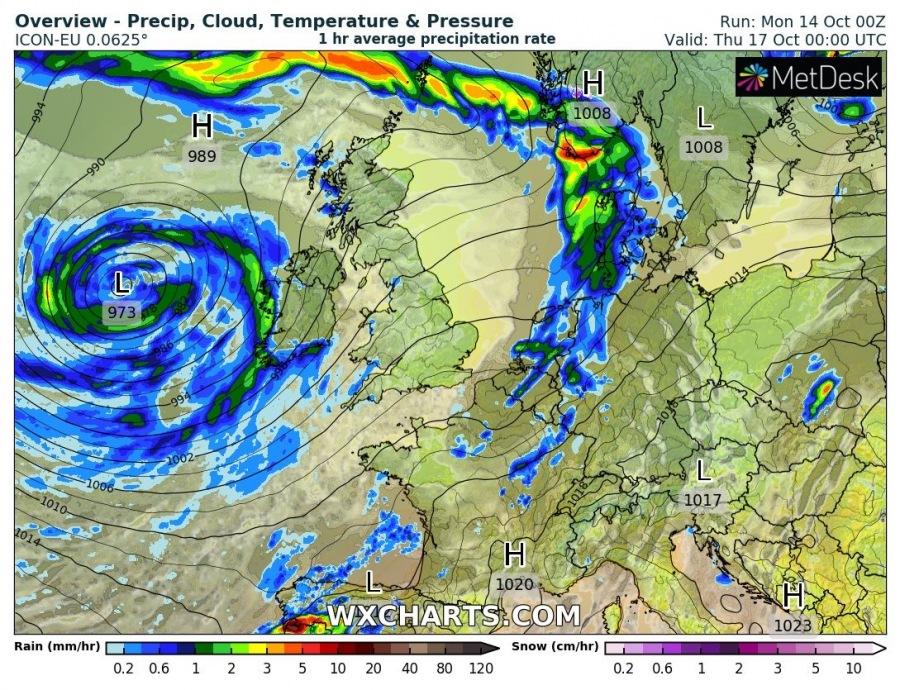 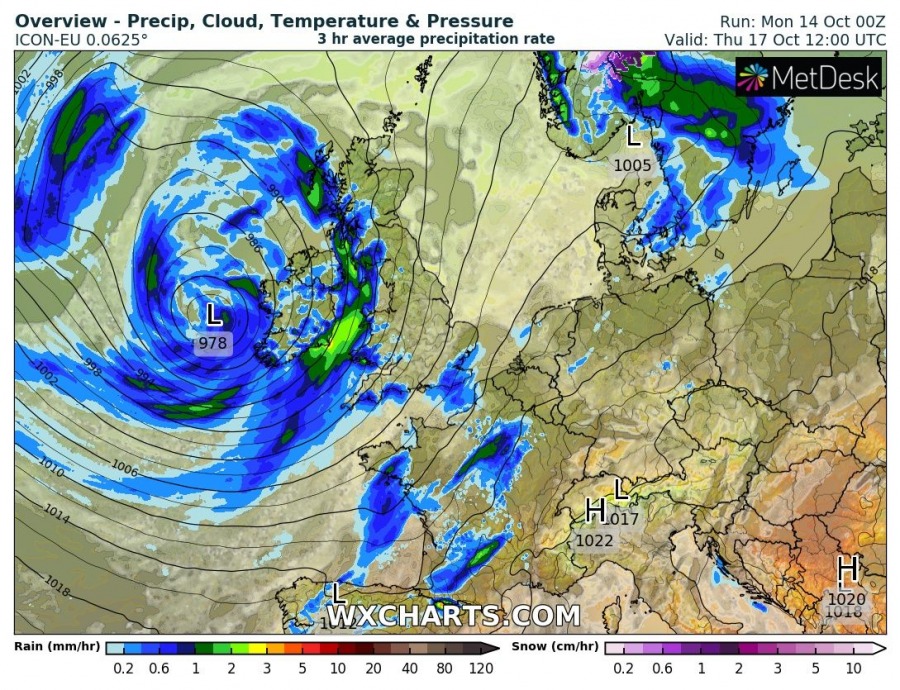 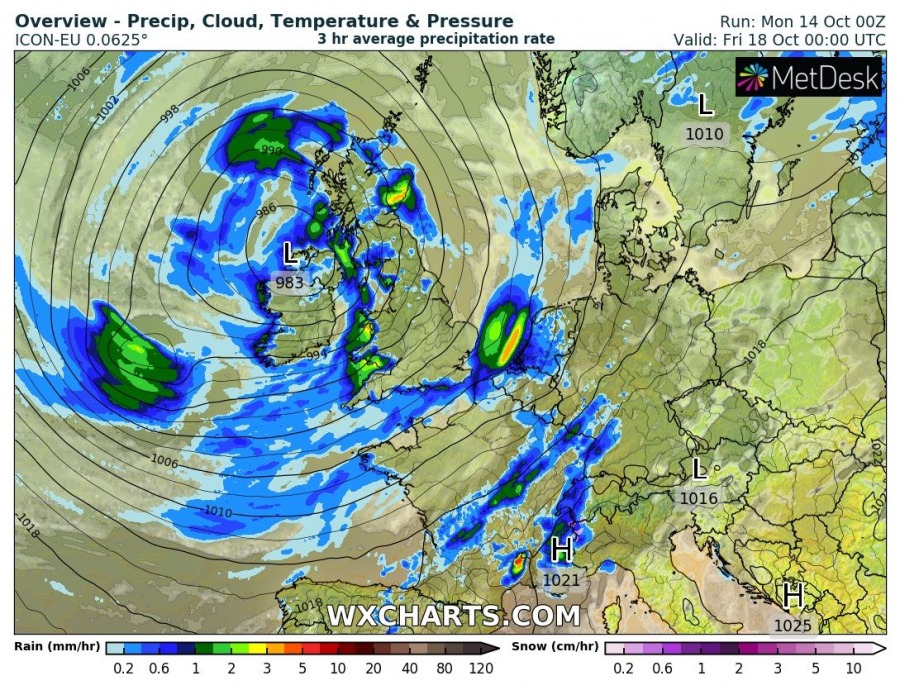 While high-resolution models are more aggressive with severe winds, both GFS and ICON-EU models are hinting severe wind gusts associated with a deep cyclone entering the British Isles from the N Atlantic through Wednesday and Thursday. Some uncertainties exist about the potential track of the low, however. 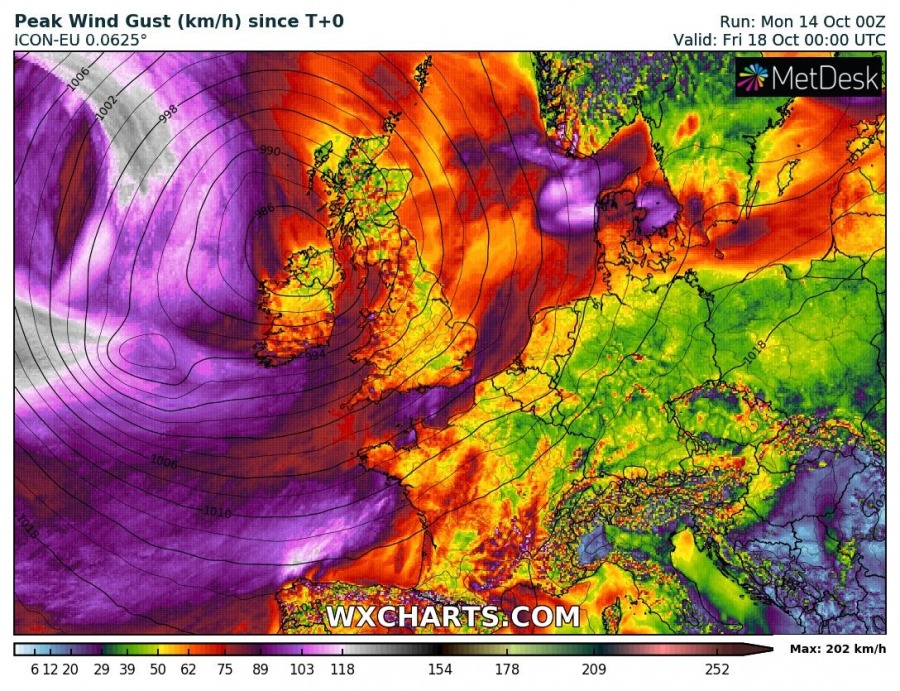 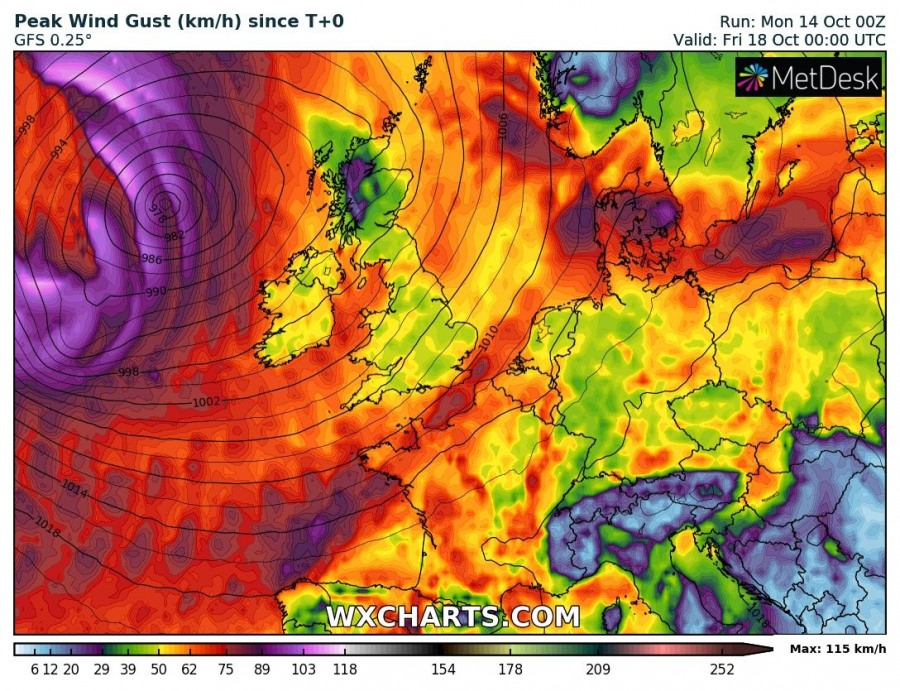 Several days of persisting SW flow should also enhance rainfall totals across the region, with rain sums up to 75-100mm by Friday. The highest amounts of rainfall are expected across SW Ireland. 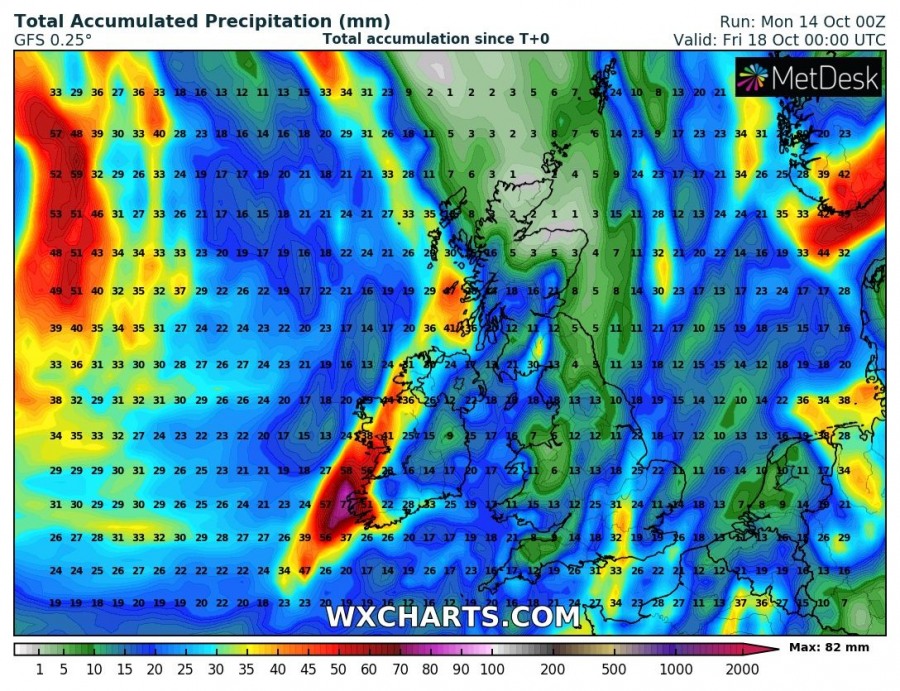 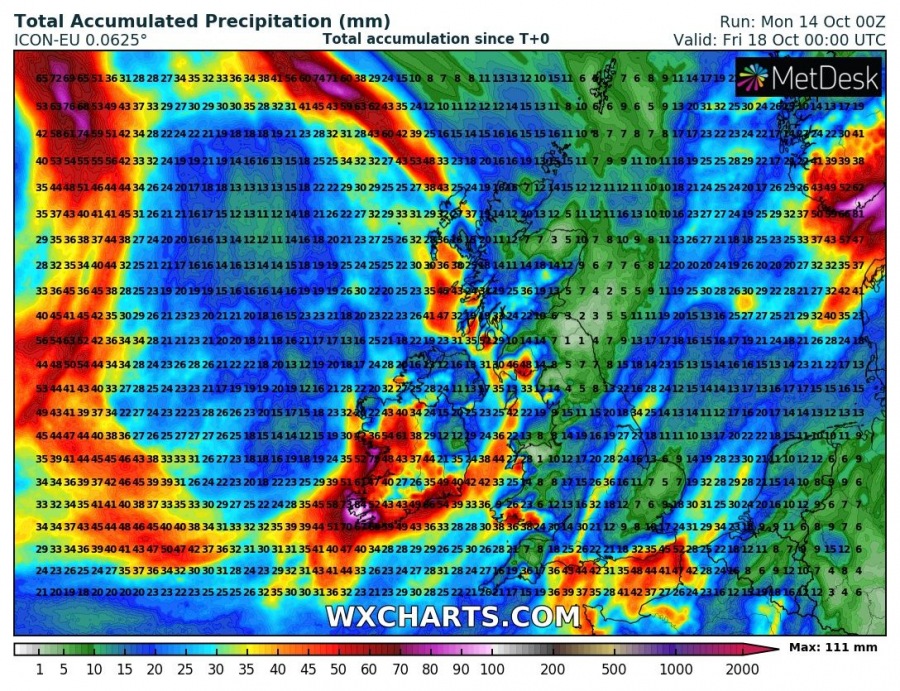