Strong Adriatic-effect snowfall is ongoing along the E half of the Apennine peninsula and on some Adriatic islands on December 30-31, 2014. The Adriatic-effect snowfall is analogous to the lake-effect snow well known from the US Great lakes. The mechanism is the same: as cold Bora/Bura winds advect cold air across the warm Adriatic sea, it picks up water vapor and is deposits is as snow on the leeward shore of the Apennine peninsula. Temperatures along the Adriatic islands and the E Italian coast today are in the -2 to 3 °C range, while the surface temperature of the central Adriatic is still around 14-16 °C, providing a very large temperature difference, highly favourable for Adriatic-effect snow. 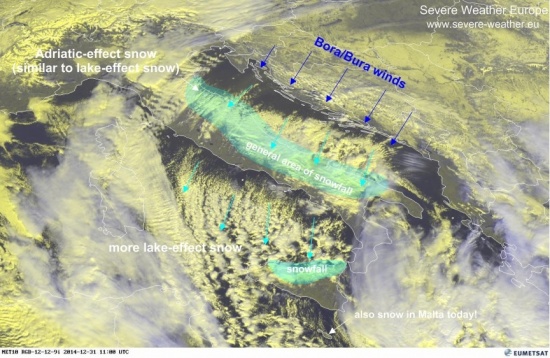 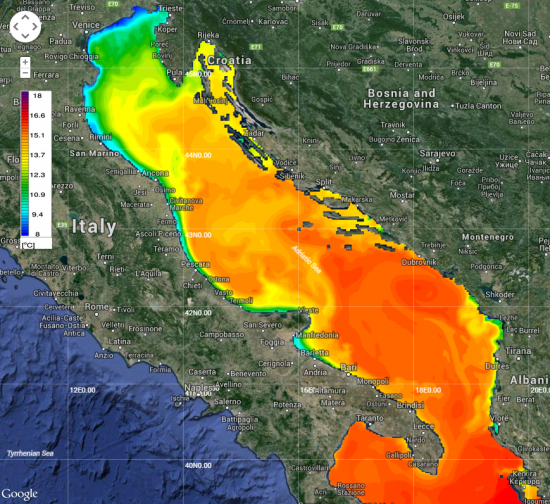 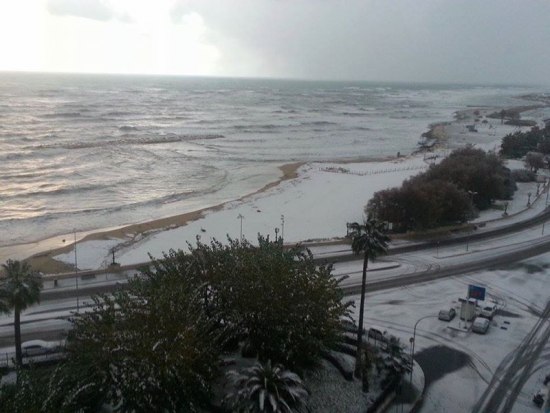 One of the beaches in Bari, Puglia, SE Italy this morning. Image: Mariella Quintavalle via Meteopuglia. 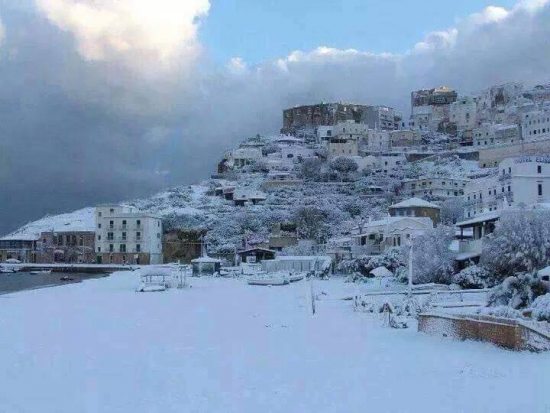 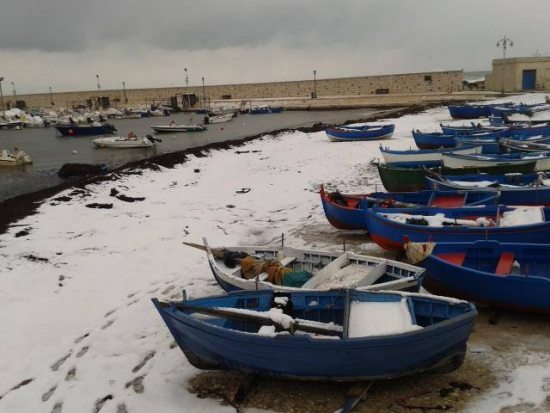 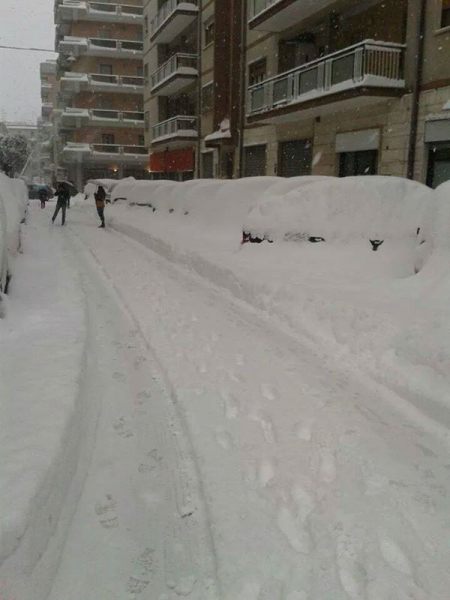 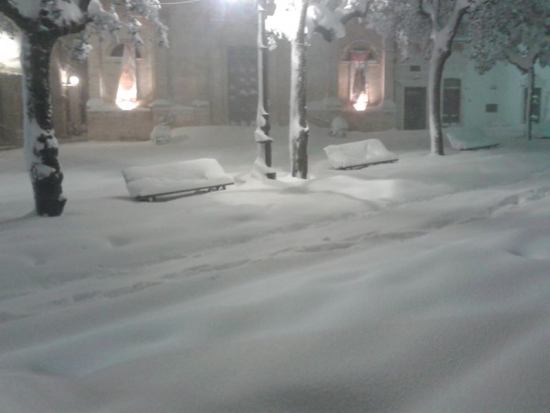 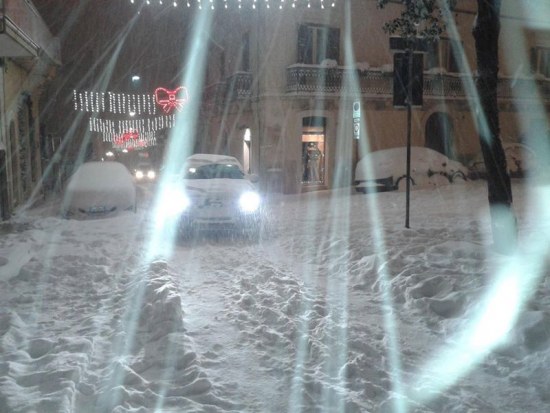 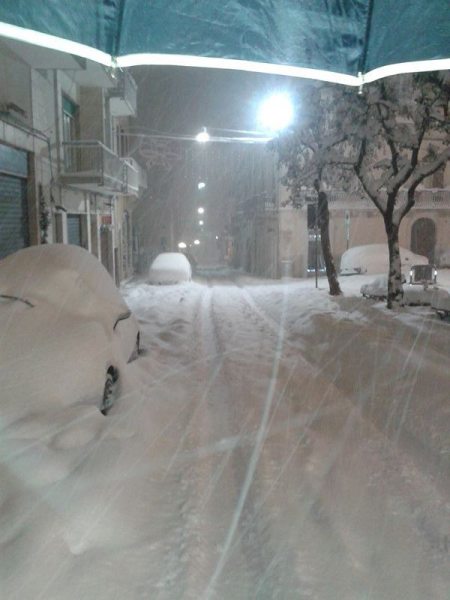 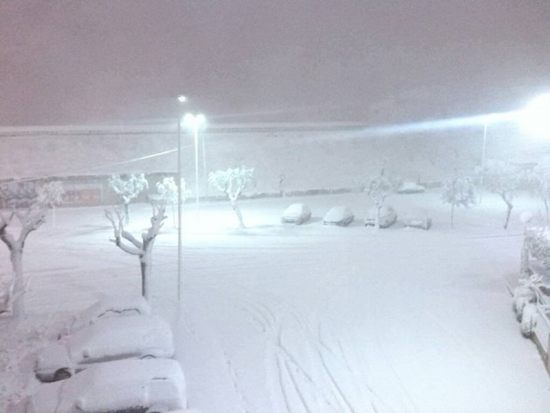 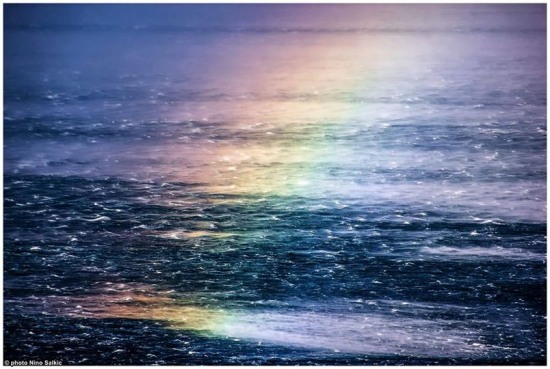 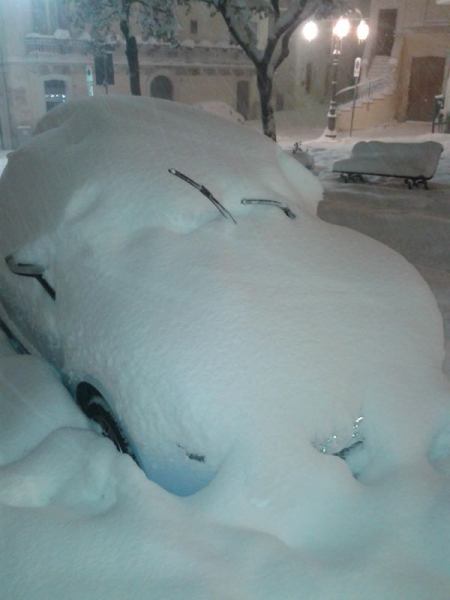 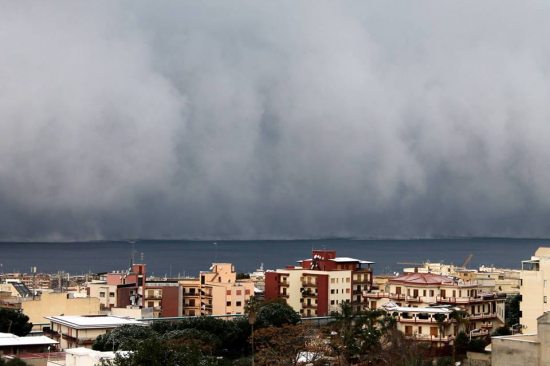 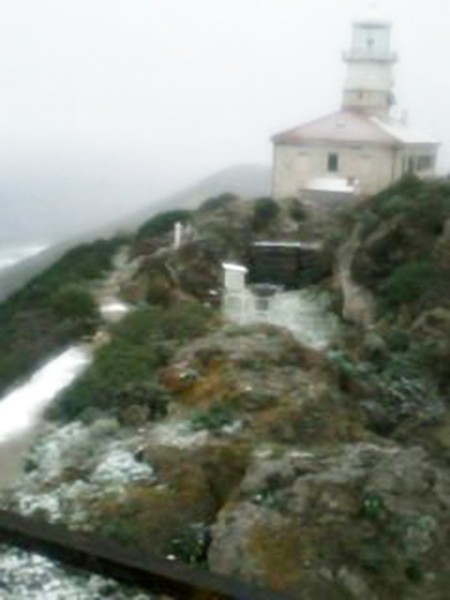 Adriatic-effect snow on the Croatian island of Palagruža. First recorded snow cover since the beginning of official measurements in 1952! Photo: Crometeo. 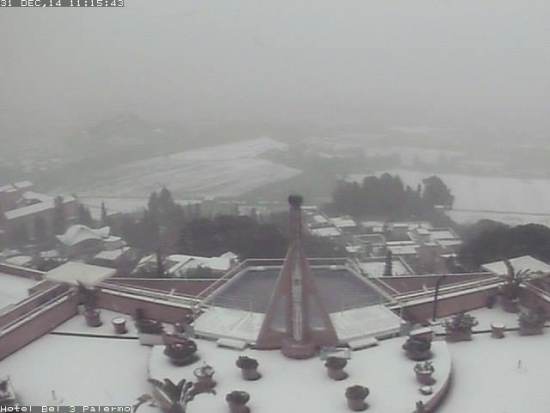