The Perseid meteors (Perseid meteor shower) are ramping up towards peak activity this Wednesday night. Let’s take a look at the general viewing conditions across Europe.

The night before the peak, August 11/12th will see the most favorable weather for Perseid viewing in Czechia, Slovakia, eastern Germany, Poland, and the Baltic region. Great viewing conditions are also likely across south-central Italy, southern Balkans an the Black Sea region. Some improvements in less cloudiness seem also across southern Spain.

Expect mostly clear skies there, although many areas will see hazy skies due to high humidity in the lowest levels. Find elevated observing spots, if possible.
Fair to poor conditions is expected across parts of central and western Europe, with occasional partly clear skies. Also poor conditions in northern Europe and Iceland. Cloudiness depends on the afternoon/evening storm activity in these areas a lot. The longer the storms (clusters) would be active, further into the night the cloudiness would persist.

The near 50% waning Moon will rise around midnight (for locations around 45 degrees North). Expect good viewing conditions from around 10 pm until 1 am. After that, low or zero cloudiness will remain, but the shinning Moon will become more distracting for best observations and photographing Perseid meteors.

A quite similar pattern as on Tuesday night. The best conditions to observe the Perseid meteors will be across northeast Germany, Denmark, and southern Sweden. Then across eastern Europe and the Balkan peninsula into southeast Europe and Mediterranean. Improved conditions are also expected across southern Spain.

The waning Moon will rise soon after 12:30 am (for locations around 45 degrees North latitude). Expect good viewing conditions from around 10 pm until 1 am, then the Moon will disturb the observations.

Very poor to fair viewing conditions are again expected across west-central Europe and the rest of Scandinavia. 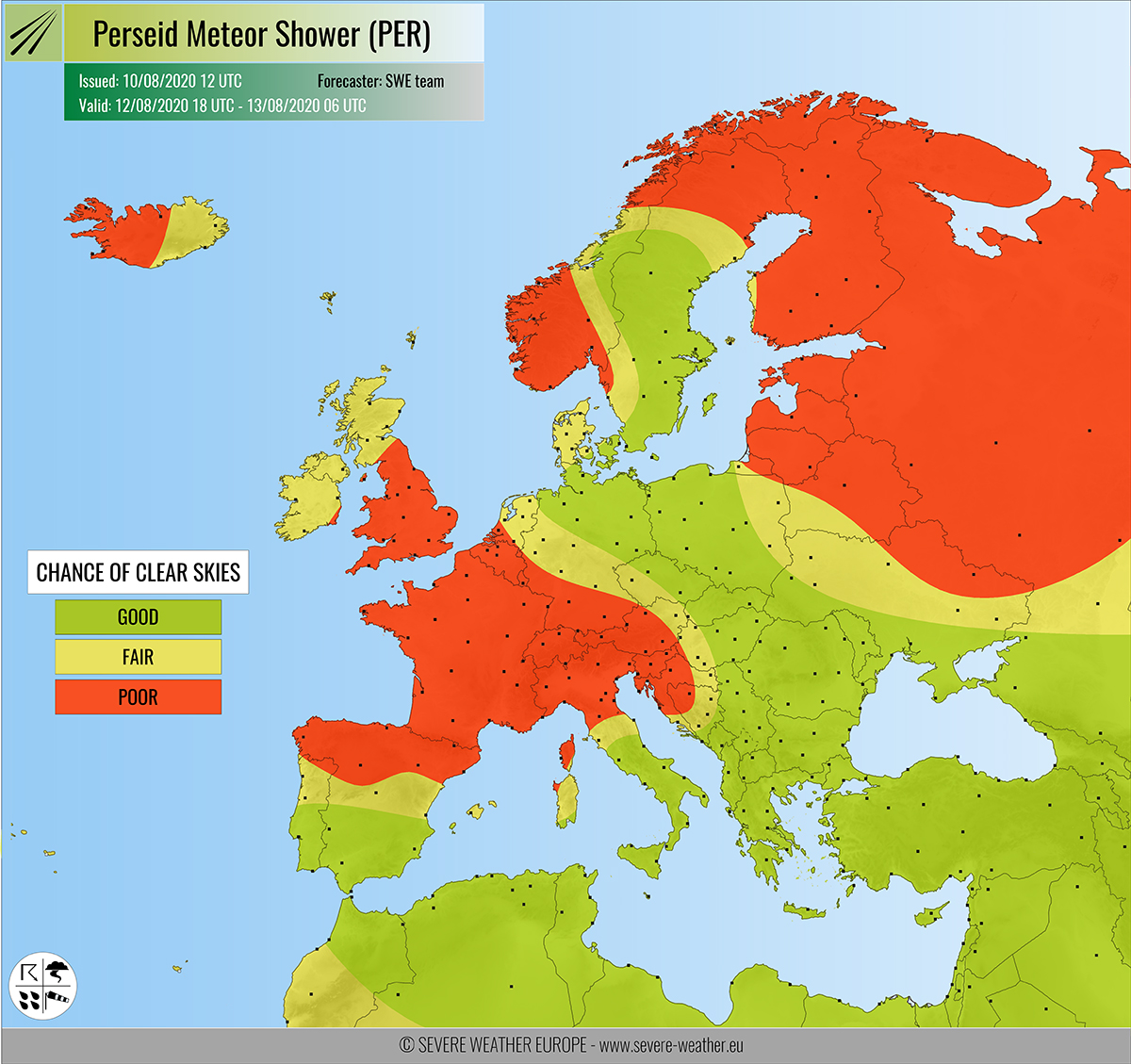