Mark your calendars for a spectacular celestial fireworks display this week. The Perseid meteor shower peaks on Tuesday and Wednesday night. 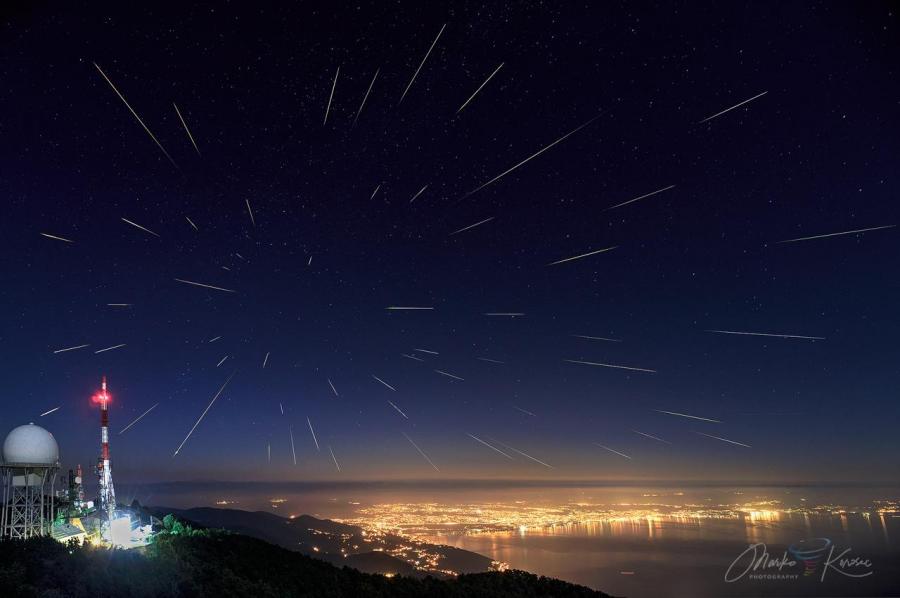 A composite of Perseid over Rijeka, Croatia during the peak in 2019. Photo: Marko Korošec

The Perseids are small dust particles, crumbs of comet 109P/Swift-Tuttle, burning up as they hit our atmosphere at 59 km/s. They are one of the most regular and reliable meteor showers, peaking in mid-August of every year. So reliable, they used to be known as tears of St. Lawrence. 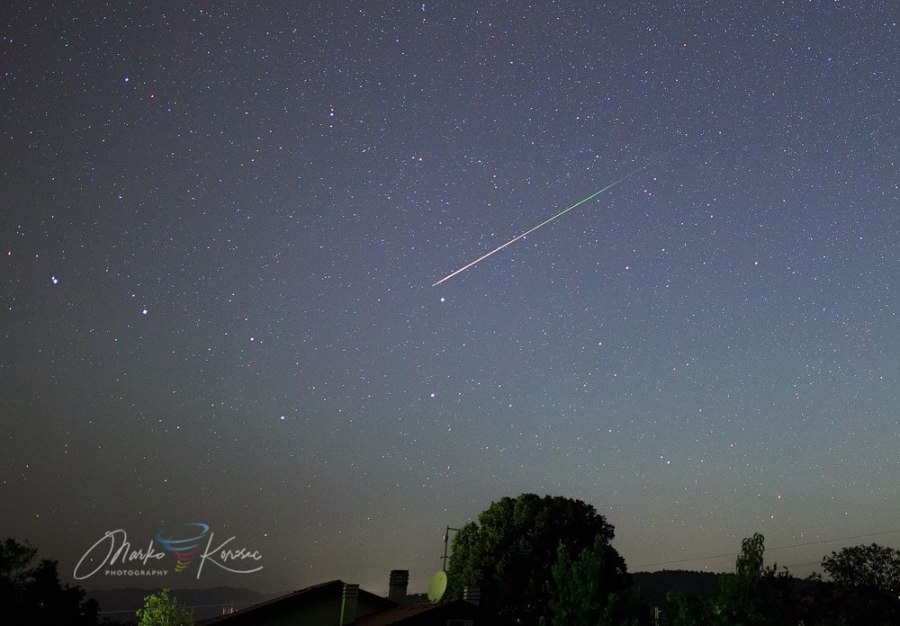 Bright Perseid near the Ursa Major constellation. Photo: Marko Korošec
The Perseids produce a superb meteor shower – active from mid-July to late August. They bring some of the best activity of any annual meteor shower during their peak on August 12/13th. 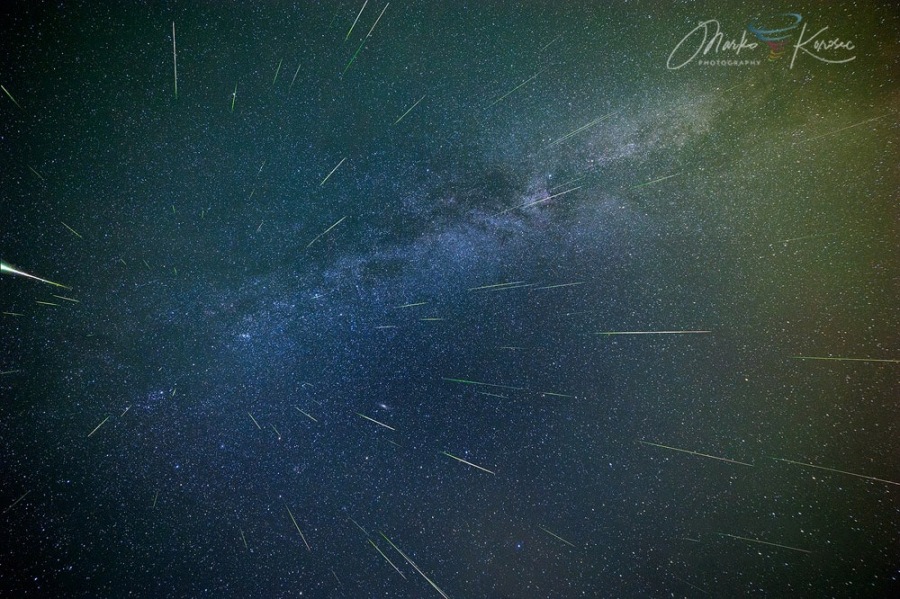 Numerous Perseids radiate from the constellation Perseus. Note the bright fireball on the left! Photo: Marko Korošec
The Perseids are also rich in bright, colorful meteors and fireballs. The show goes on high in the atmosphere, well above the regular weather, at altitudes of about 100 km – right at the edge of space. While they may seem to be close, Perseids appearing overhead will be about 100 km away, while those close to the horizon will be 500 km away, or more. 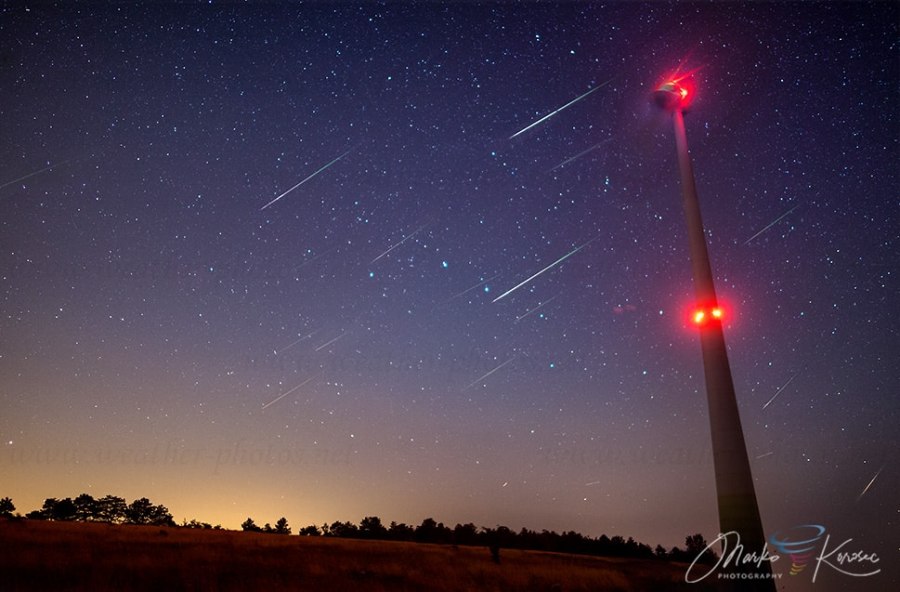 Perseids behind the wind turbine in Slovenia. Photo: Marko Korošec
>An average bright Perseid is produced by a dust particle (called a meteoroid) only several millimeters across. The brightest Perseids often leave persistent dust trails, that are slowly twisted and contorted by high altitude winds. They can last several tens of seconds if you watch them with the naked eye, minutes if you use binoculars. 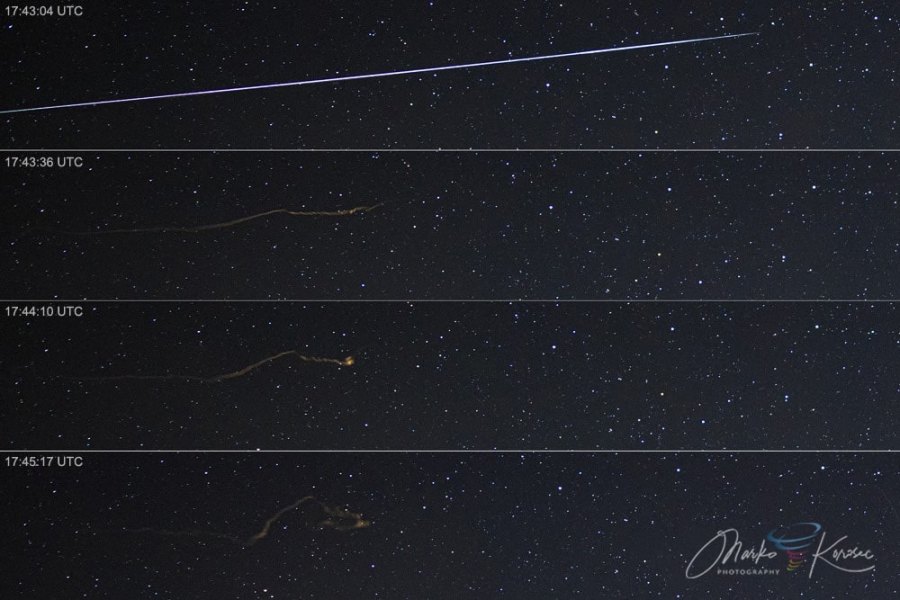 Observing Perseids during the peak in 2020

The best opportunities to see the Perseids will be on the peak night and one night before the peak. 2020 is again not the best year for the Perseids, as the waning (Third quarter) Moon washes out the sky for much of the night. The Moon is rising after your local midnight. 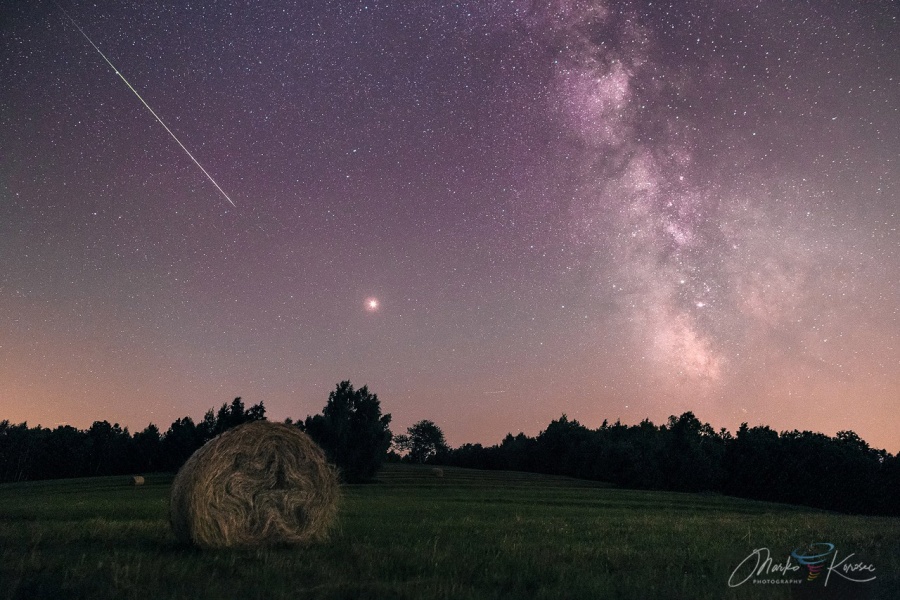 A bright Perseid with Mars and Milky Way. Photo: Marko Korošec
Skies should be fairly dark until the Moon rises. This leaves about two hours and a half of dark skies in the first night and less than one hour on the second night. This is the time window you need to aim for. You can begin observing around 9:30 pm until the Moon rises, so roughly 2,5 hours of observing time. 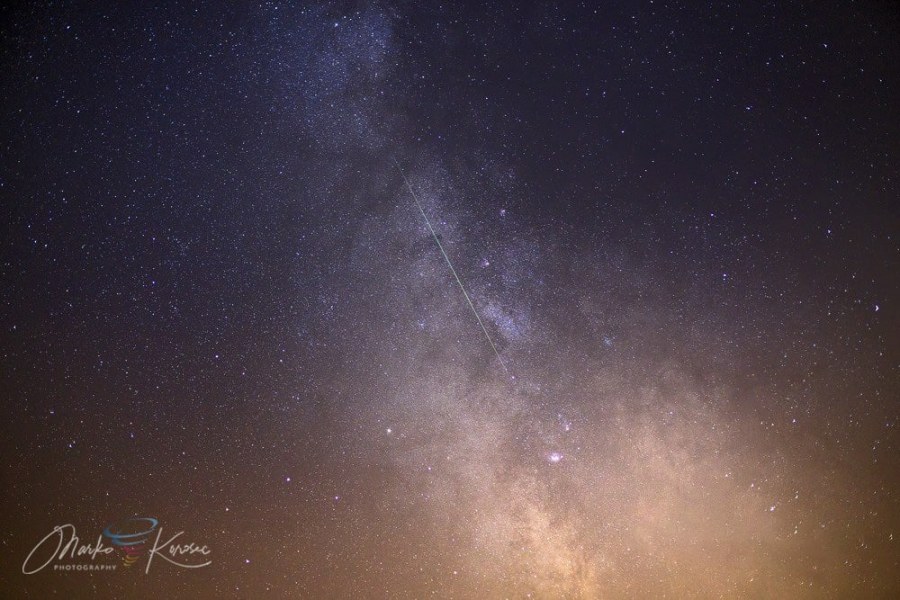 Moon will affect the show

After midnight, the bright Moon will be shinning in the sky. Therefore, the hourly rates will be rather modest. However, are the Perseids radiant is rising higher during the second half of the night, more meteors are visible. Watch them in the directions away from the bright Moon to get the best results.

To observe or photographs the Perseid meteor shower, get to a spot with the clearest skies possible. If you can, get to higher observing locations in the hills or mountains: the sky will be clearer and darker there, even with the Moon up. 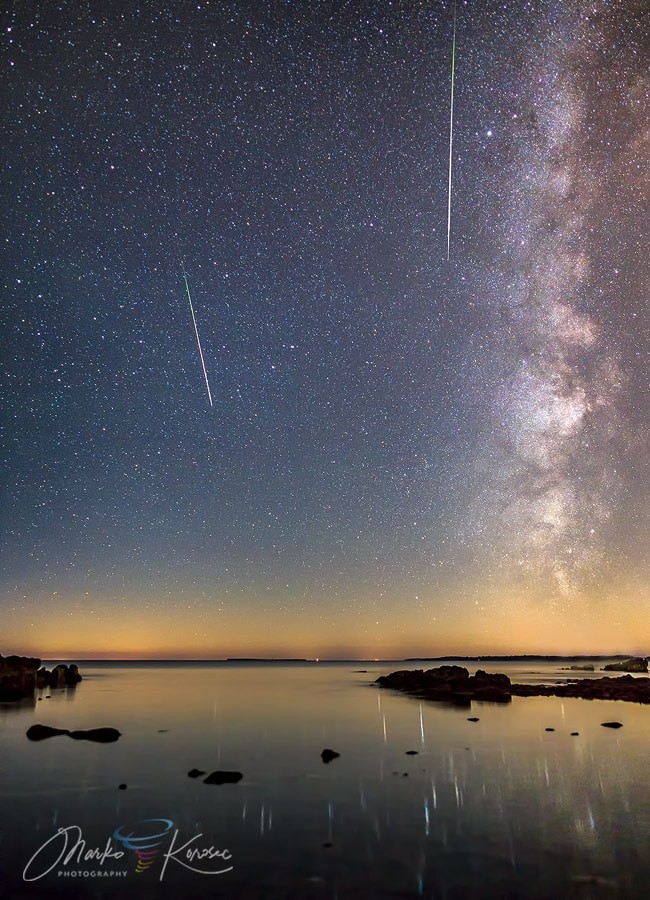 A pair or Perseids and Milky Way. Photo: Marko Korošec
Good luck with your Perseid observations! And feel free to report your catches and observations to our Facebook ‘SWE Report & Discuss’ group.

We will be posting a forecast map for cloud coverage across Europe for both Tuesday and Wednesday soon – stay tuned!