Mark your calendars for a spectacular celestial fireworks display this weekend! The Perseid meteor shower peaks on Sunday evening / Monday morning, and with no Moon in the sky this could be the best meteor display in quite some time.

The Perseid meteor shower is one of the finest and most reliable annual meteor showers. On their peak night the Perseids make a spectacular fireworks display with up to, and sometimes over 100 meteors per hour.

What is a meteor shower? Why does it happen?

Meteors are light phenomena that occur when small dust particles, called meteoroids, impact the Earth’s atmosphere at tens of kilometers per second and burn up. These meteoroids are tiny bits and pieces of asteroids and comets. You can see random meteors on any night, but on some nights there are many more than usual. This is a meteor shower. A meteor shower happens when the Earth passes through a denser cloud of meteoroids, called a meteoroid stream. You can imagine such a stream as a cosmic river of small dust particles. They are typically born from comets, icy cosmic dirtballs that orbit the Sun on elongated elliptical orbits. As a comet nears the Sun, it warms the ices in the comet. These ices sublimate, they go from solid directly to gaseous state. Small dust particles trapped within these ices are also released. As the comet makes tens to hundreds of passes around the Sun, this dust slowly expands along the comet’s orbit, forming a meteoroid stream.

The Perseids are meteors caused by dust from comet Swift-Tuttle. The comet was discovered in the 19th century by two American astronomers after whom it is named. The comet passes around the Sun approximately every 130 years. It has been doing so for thousands of years, each time shedding some of its mass (now it is about 15 km in diameter) and in that time a meteoroid stream has built up. The Earth passes through it every summer. We pass through the densest part on August 12 – the peak of the meteor shower. Perseid meteoroids hit the Earth’s atmosphere head on at a scorching 59 km/s. They burn up high in the atmosphere at 80 to 100 km high. A typical bright Perseid is caused by a meteoroid only several millimeters across, a bright fireball by a particle several centimeters in size. 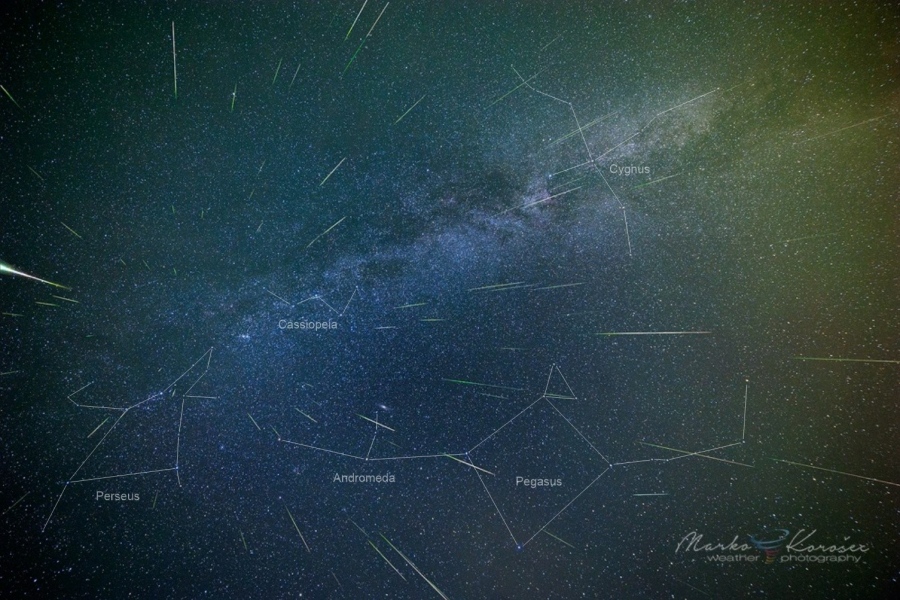 They get the name from the point in the sky they appear to come from, in the constellation of Perseus. Perseus -> Perseids. The paths of Perseids in the atmosphere are parallel, but they appear to radiate from one point in the sky, called the radiant. This is an optical illusion: imagine two parallel railway tracks. They are parallel, but appear to merge in the distance. It is the same with meteors. Other meteor showers have their radiants in other constellations: the Lyrids in Lyra, the Orionids in Orion, the Leonids in Leo, etc.

How and when to observe?

The Perseids peak sometime between late on Sunday, August 12 and mid-day on Monday, August 13 UTC. This timing favours Europe and North America. Additionally, the Moon is new on August 11, so there will be no Moon interference. The best time to observe will be on Sunday/Monday night – the peak night.

Observing meteors is really easy. Set up a lawn chair or just throw a blanket on the ground and face the sky. That is it. You need no optical aid, no telescopes, no binoculars. Just your eyes. You might want to keep some coffee handy, though. 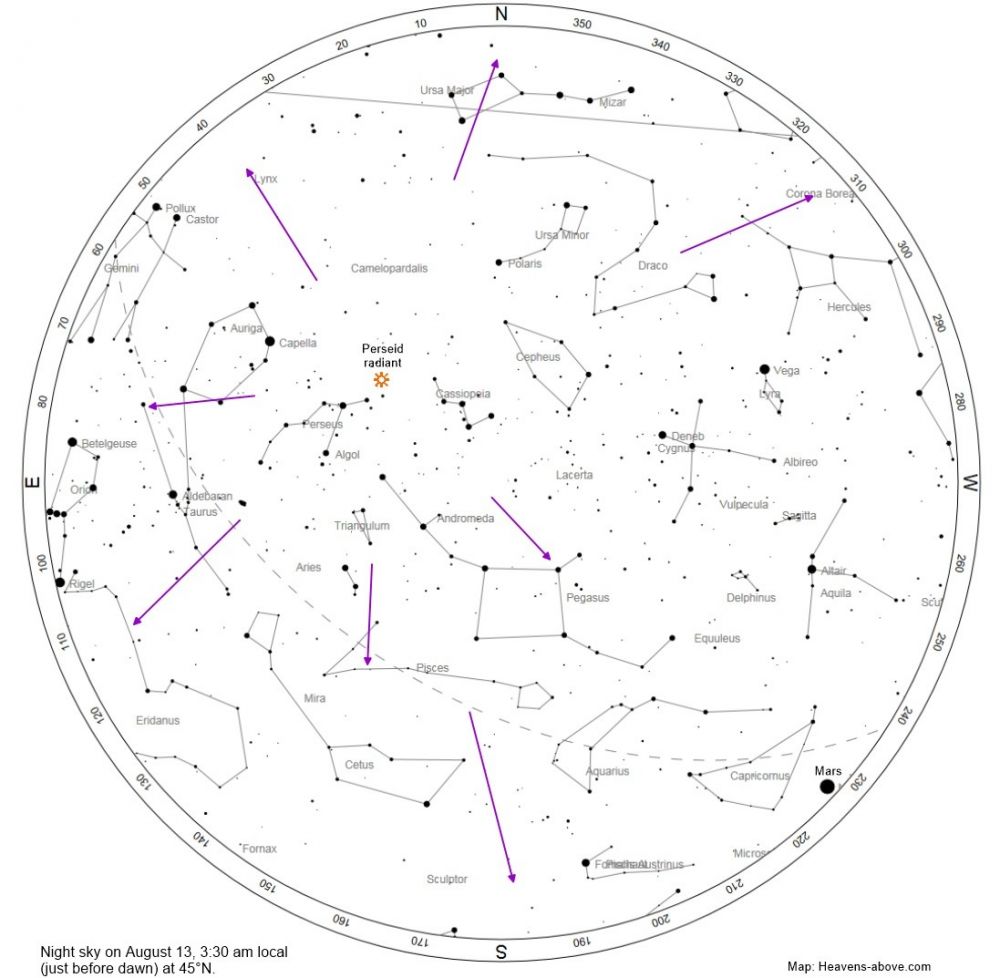 The sky on August 13 just before dawn, when the Perseid activity is the highest. Valid at mid-latitudes (45°N).

Perseids are swift and typically colorful and bright meteors. Many leave a short wake or persistent train. Fireballs – meteors apparently as bright as Venus or more – are quite frequent. Occasionally 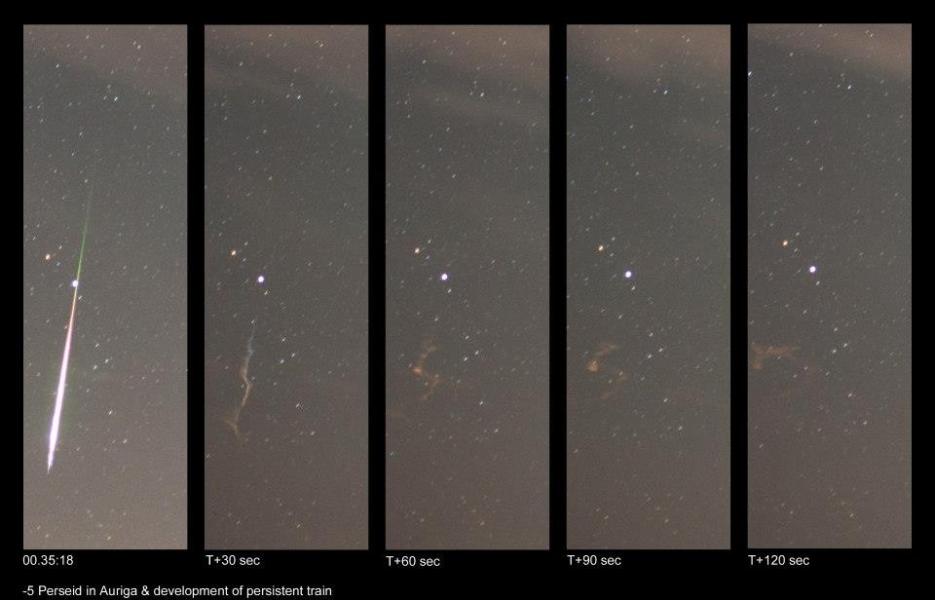 If you have a camera, you can also try to photograph the Perseids. It is a lot of fun, and with a little luck you will have a great souvenir of your Perseid night.

Next: Finding the right observing location