A damaging debris flow hit the village of Chamoson, Switzerland late afternoon yesterday, August 7. It was caused by locally very intense rainfall, with surface runoff streaming into a channel in Chamoson.

Preliminary reports indicate 18 mm of rain fell in only 10 minutes and a total of ~50 mm in one hour. The reported data however, is from a weather station several kilometers away so locally there may have been even more rainfall.

Debris flows are a form of water-saturated mass movement, typically caused either by short, intense ranifall. Depending on the amount of bedload suspended in the flow, such events range from flash floods (with relatively little bedload) through hyperconcentrated flows to debris flows. 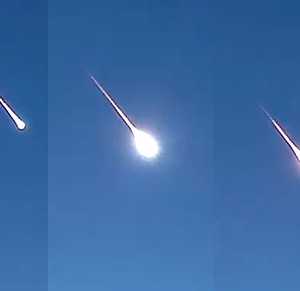 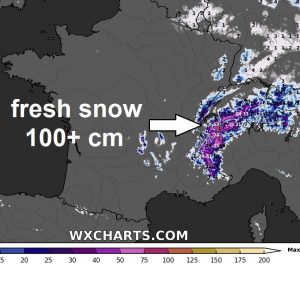 A short winter touch across parts of east-central Europe until Thursday, also more than a meter (100+ cm) of fresh snow over the western Alps 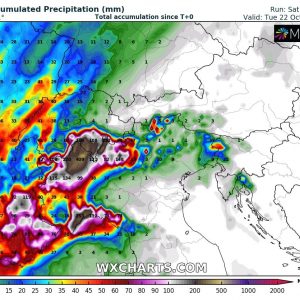 Extreme amount of rainfall (locally 300-400 mm) is expected across the western Alps through the next 3 days, Oct 19-21st