A strong cold outbreak is underway across the east-central Europe and the Balkans this week, in response to a very powerful upper ridge and 1040+ mbar high-pressure system over northern half of Europe. The pattern also introduces a snowfall event over the Balkans where a deep upper low will maintain over the western part of peninsula for several days. Widespread snowfall is likely, resulting in 20-40 cm of new snow by Thursday, even more than 50 cm along the mountain ranges.

An extensive upper ridge over Europe has an upper low drifting southwest on its southeast flank, gradually deepening over northern Balkans and northern Mediterranean through early-mid this week. A much colder air mass is spread across the peninsula, providing favorable conditions for winter precipitation in many areas. 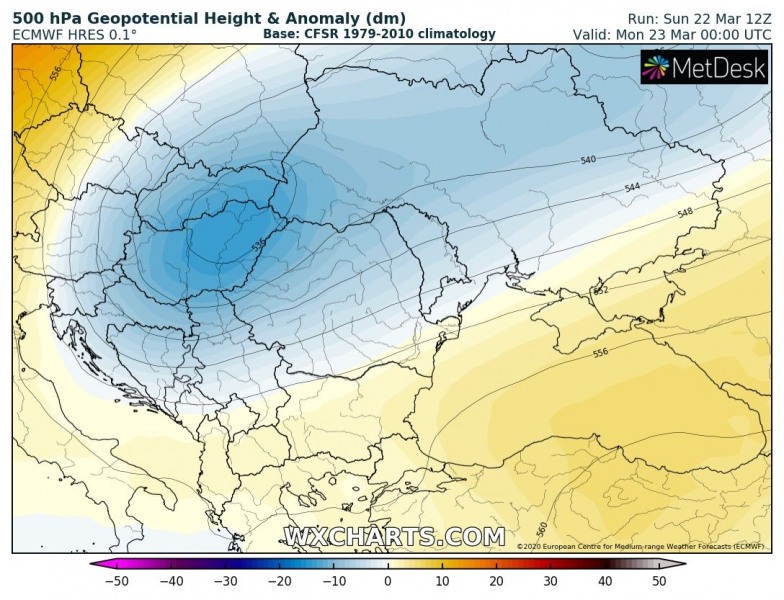 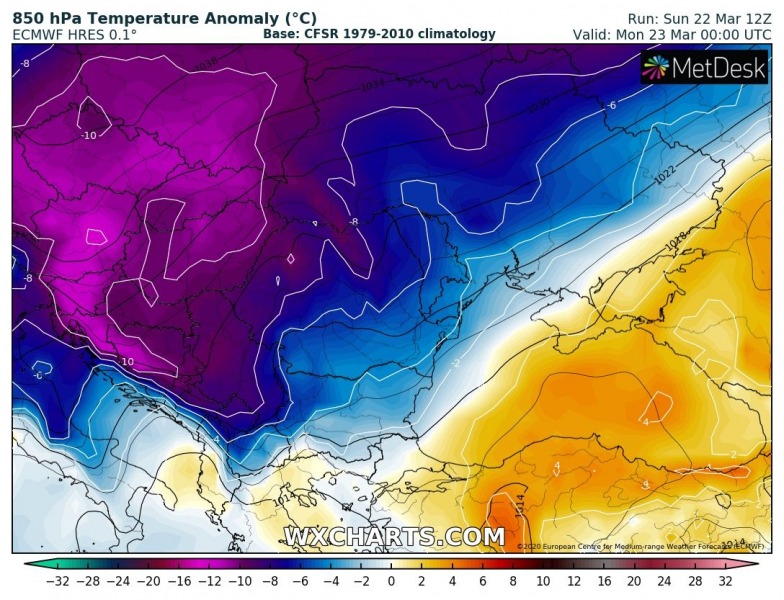 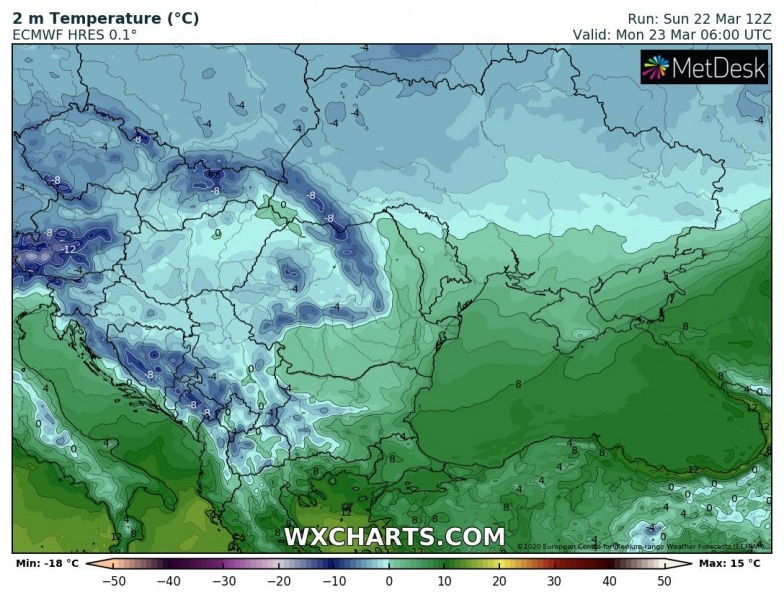 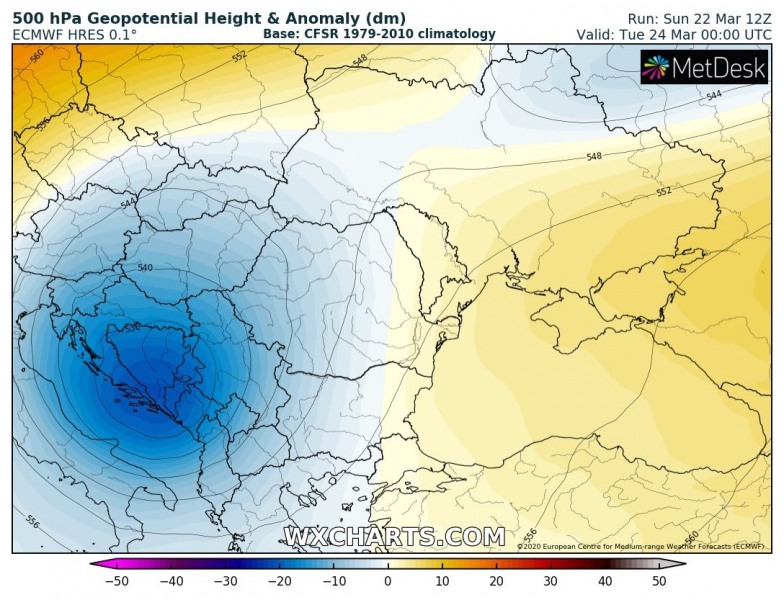 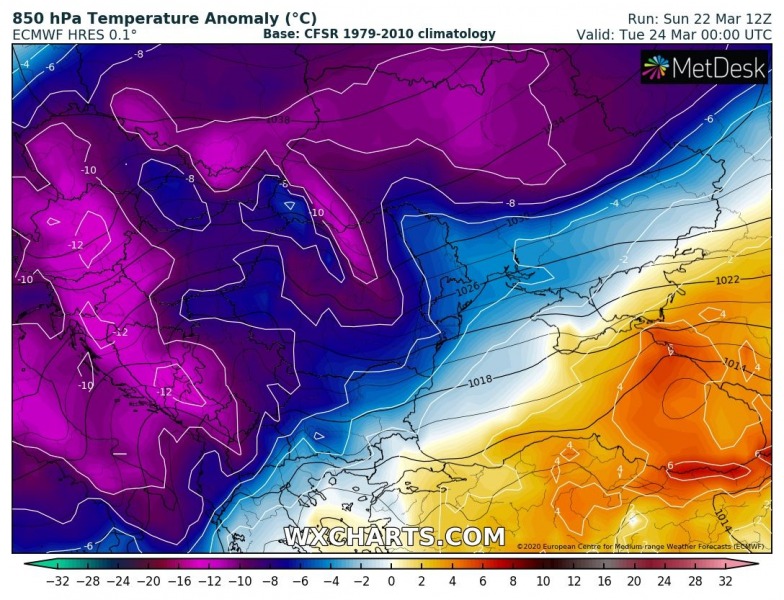 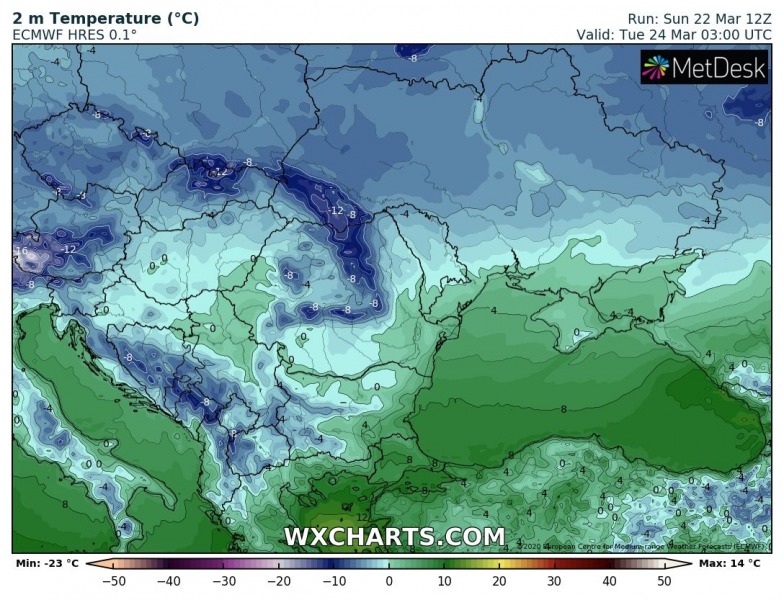 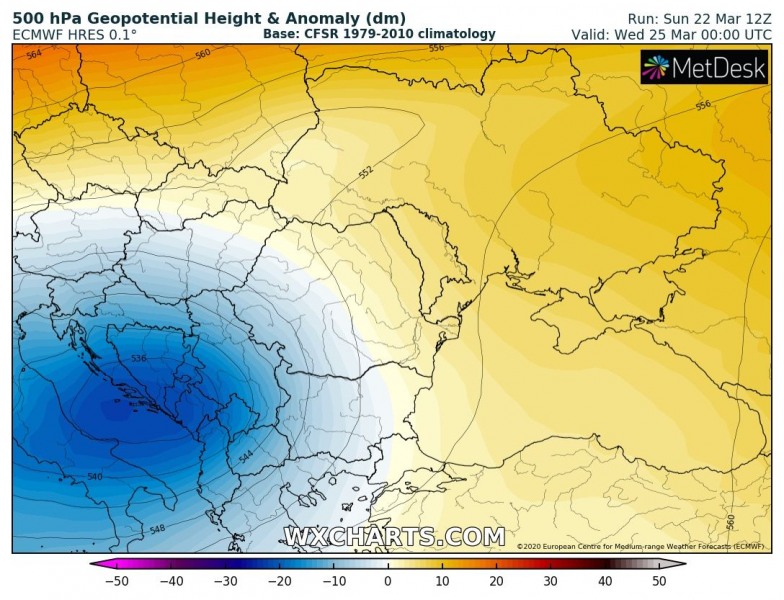 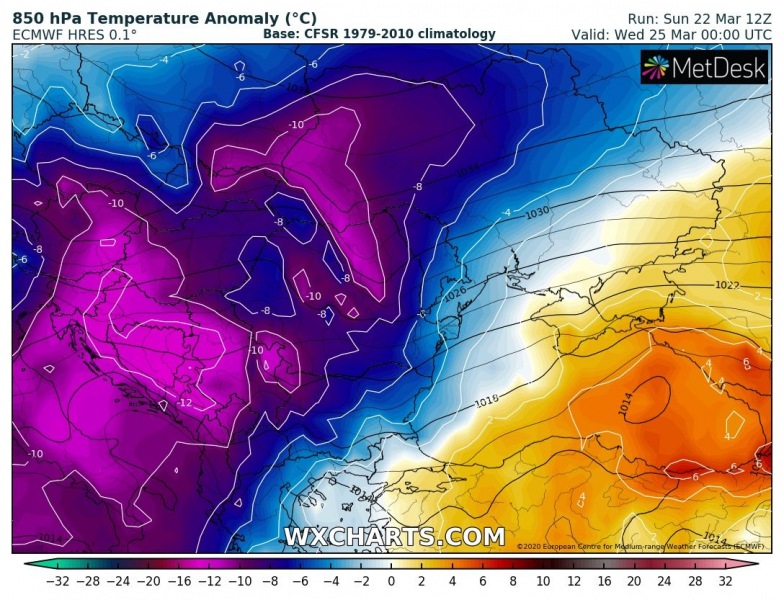 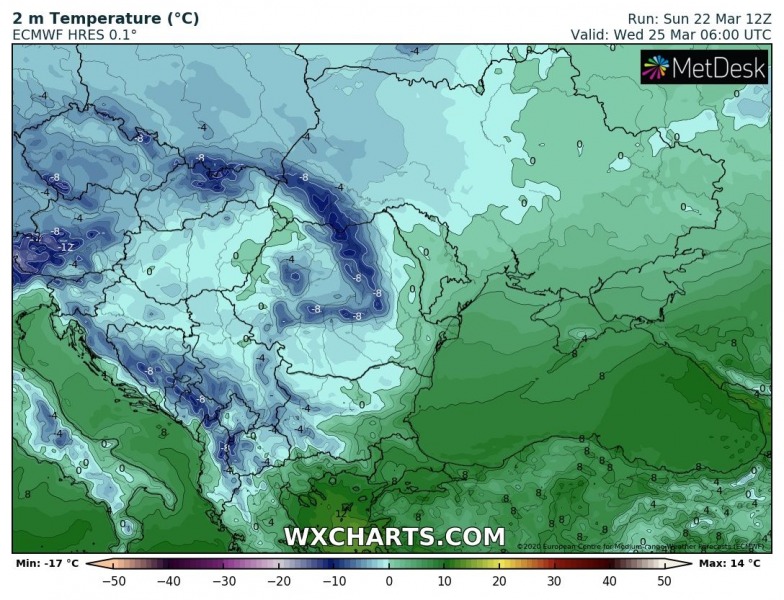 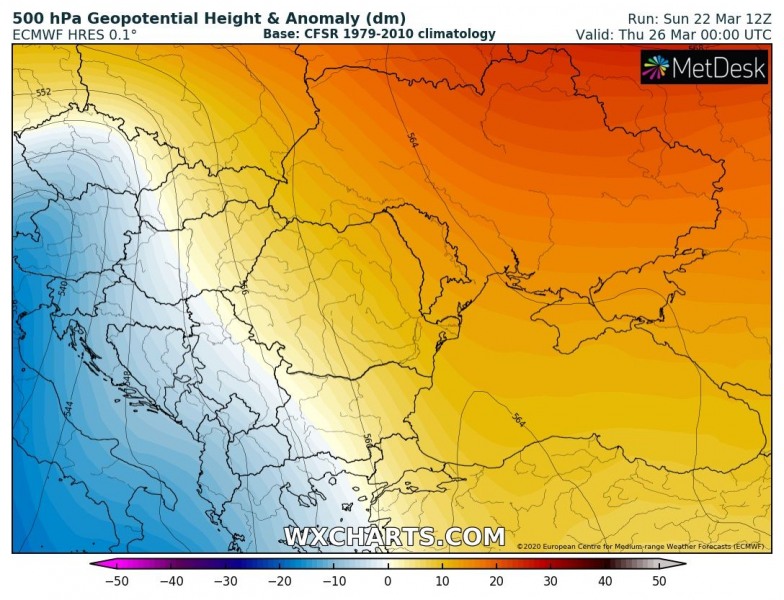 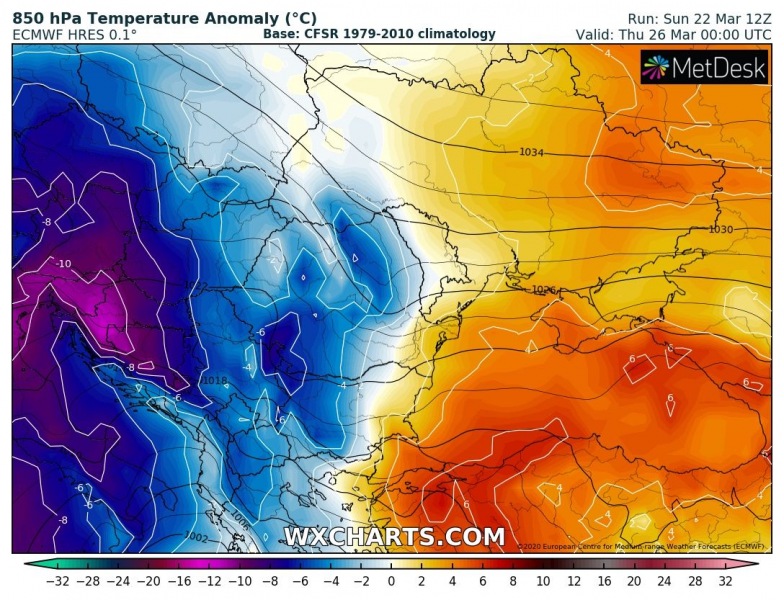 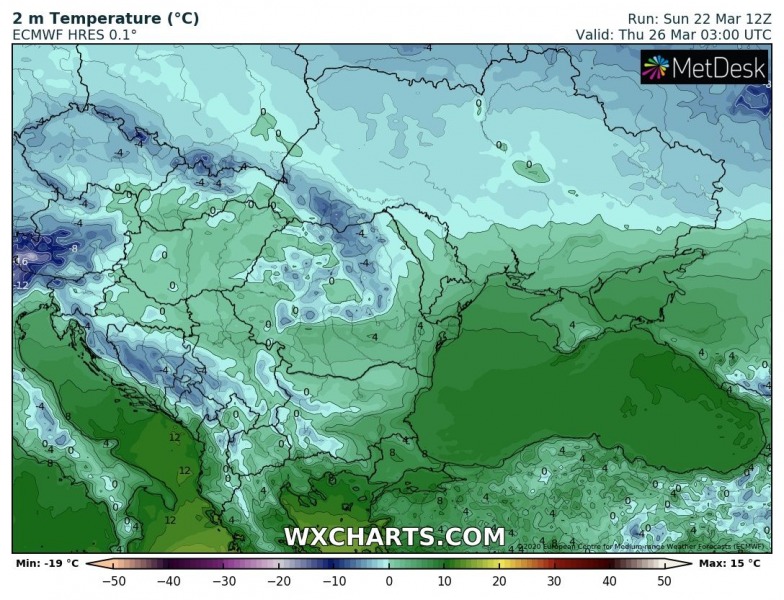 The main concern with the slowly moving deep upper low will be lots of snow across the Balkan peninsula. Models are in fairly good agreement 20-40 cm of fresh snow seems likely in many areas, less in the very low elevations – lowlands. However, conditions will support several days of snowfall. The mountain ranges will serve as the focus for excessive orographic snowfall – there, more than 50 cm of new snow is likely over the next 72 hours! Additionally, very cold air mass blowing across the Adriatic sea should also introduce Adriatic sea-effect snowfall into the Apennines. Some new snow is also expected over the Alps. 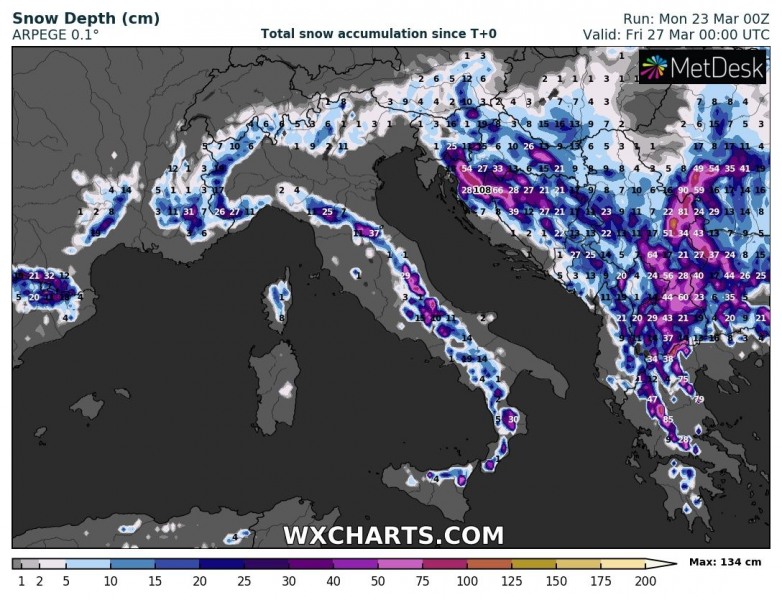 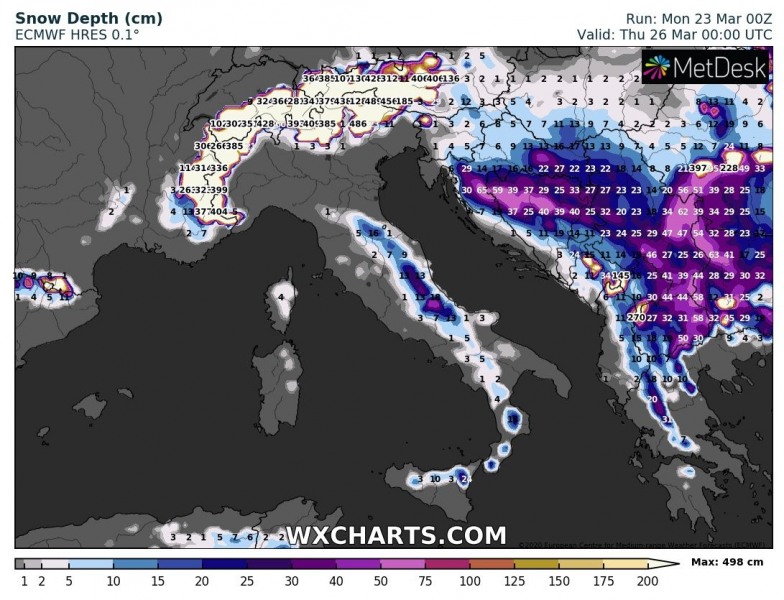 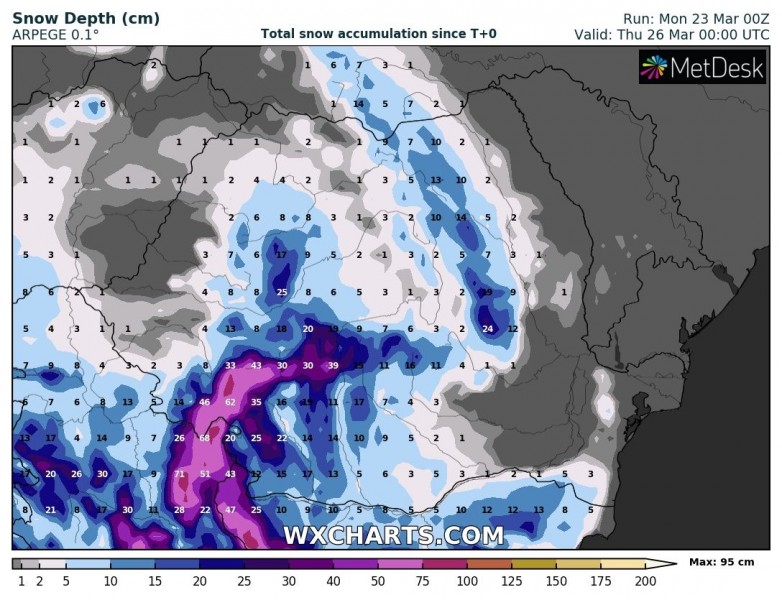 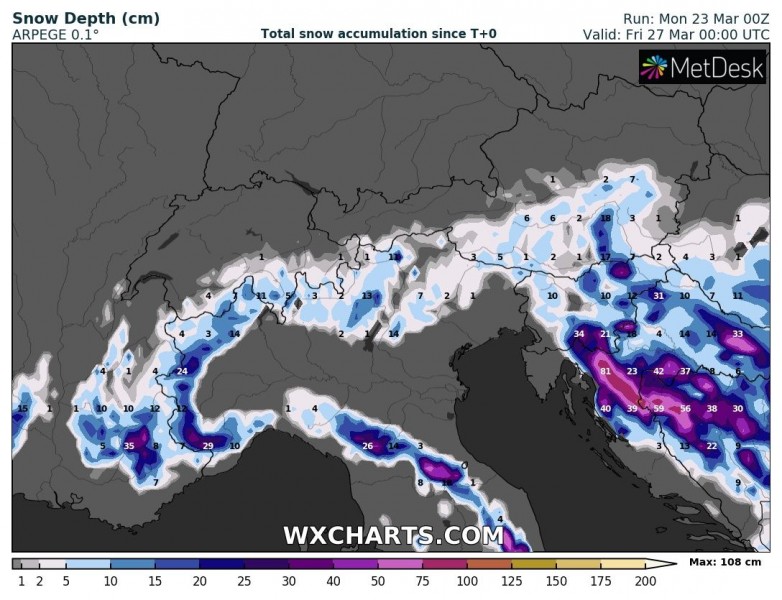 A strong temperature and pressure gradient across the Dynaric mountain range will also result in severe to extremely severe downslope Bora/Bura winds, locally with hurricane-force speeds and gusts in excess of 150 km/h! 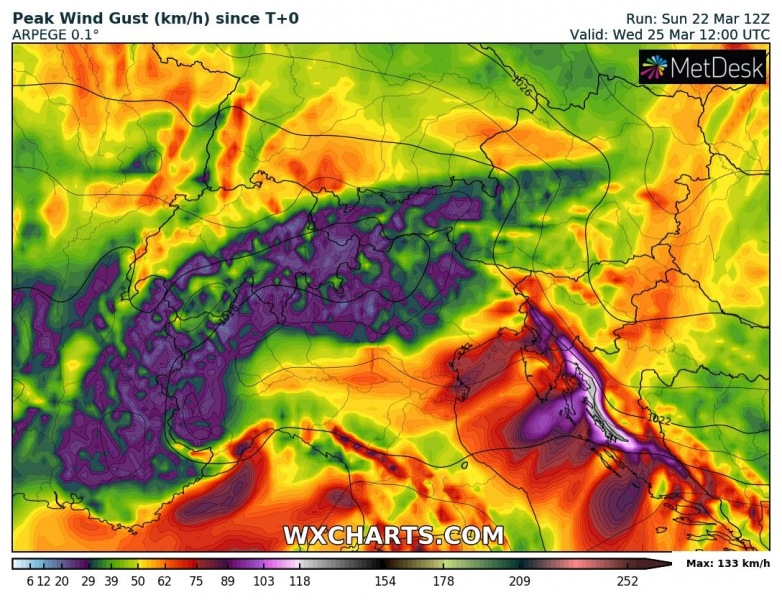 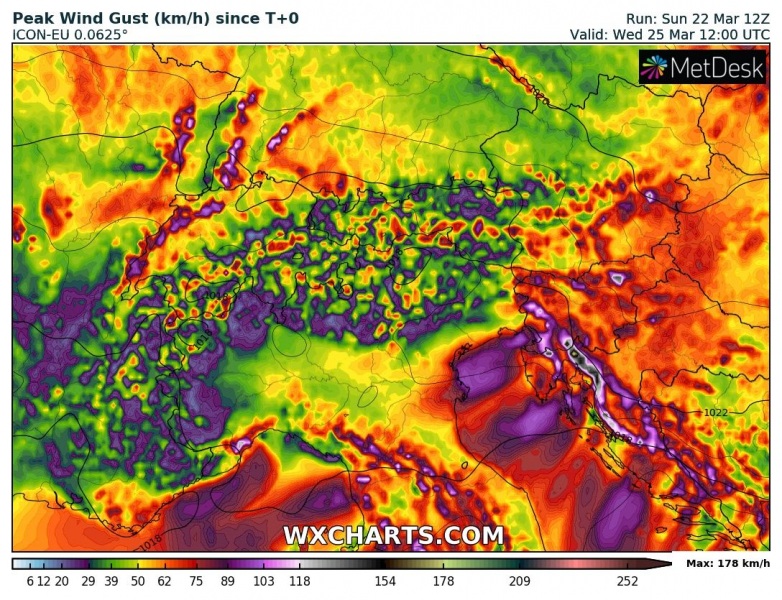