Here is an update on the large North Atlantic depression in its final stage through mid this week. Surface analysis indicates several cores are organizing and deepening within the broad circulation, moving towards western Europe. A strong to severe windstorm should reach Ireland and UK on Thursday. In the wake of the system, an intense cold outbreak spreads across the northeast Atlantic and advect very cold airmass towards the Faroes, the North Sea and Scandinavia on Friday and over the weekend. 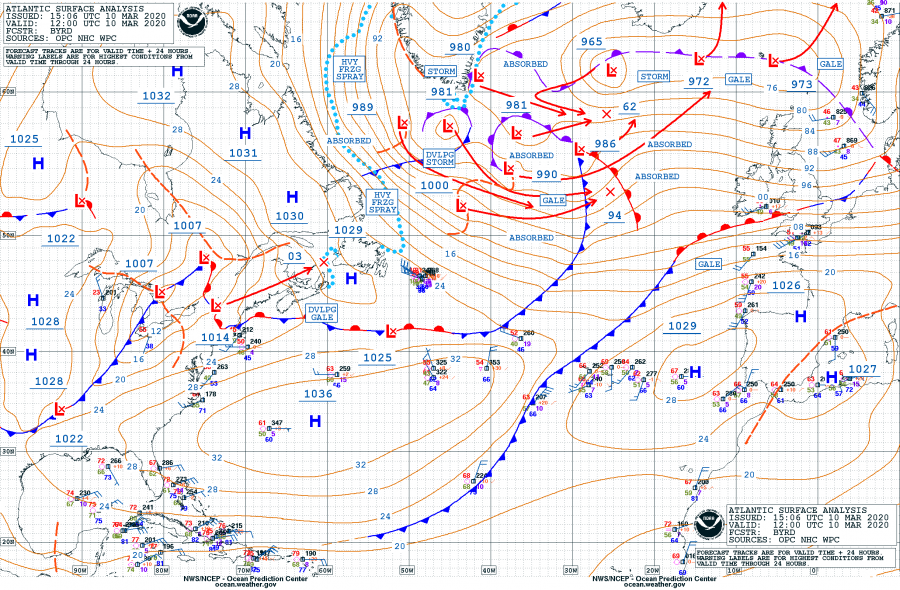 Satellite image today reveals a broad cyclonic circulation over the North Atlantic, with embedded smaller mesoscale vortices in the core. With the advection of colder air mass from the Labrador Sea and Greenland, these cores will intensify and produce a strong windstorm towards Ireland and Scotland on Thursday. 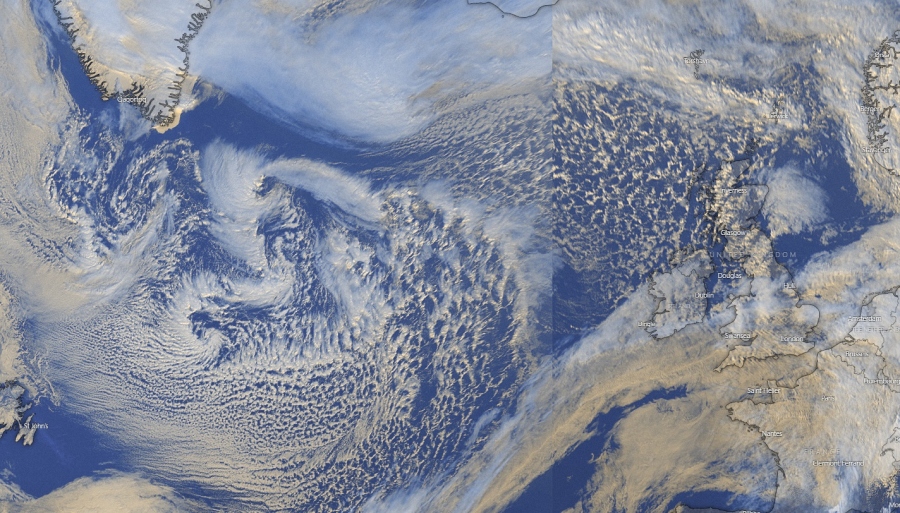 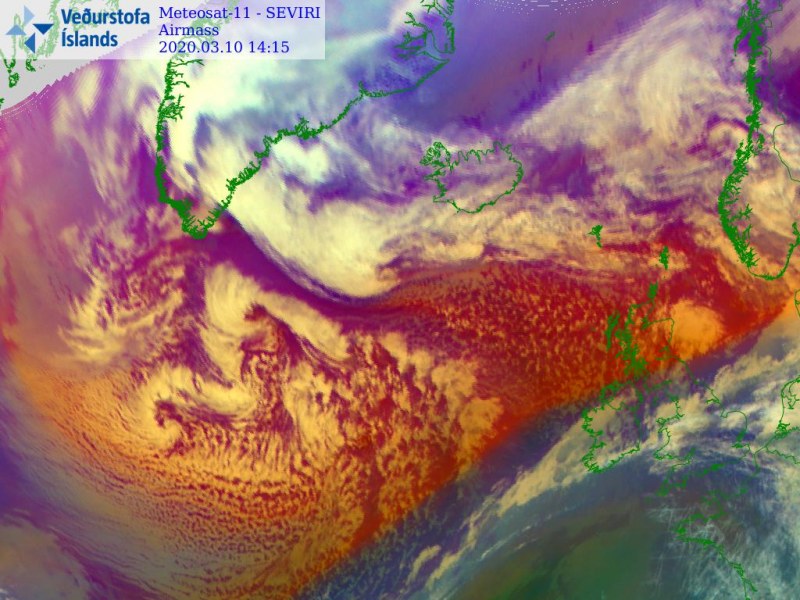 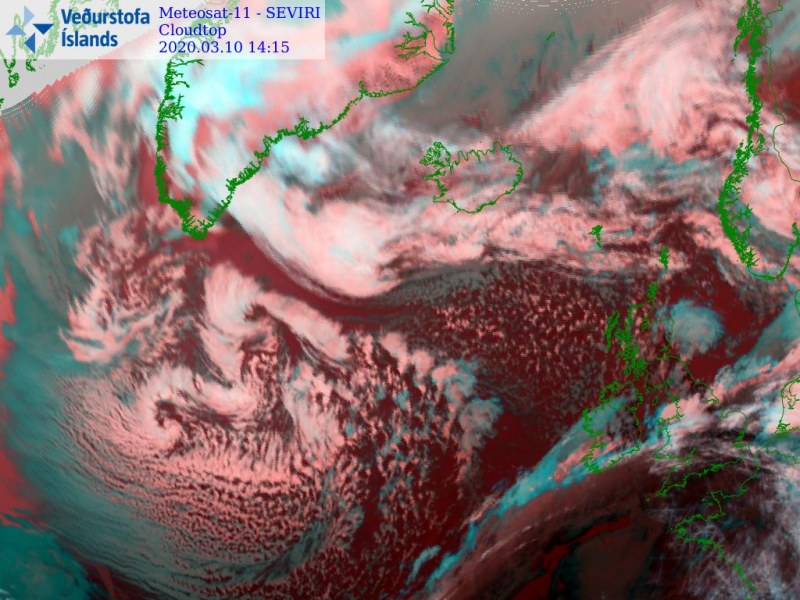 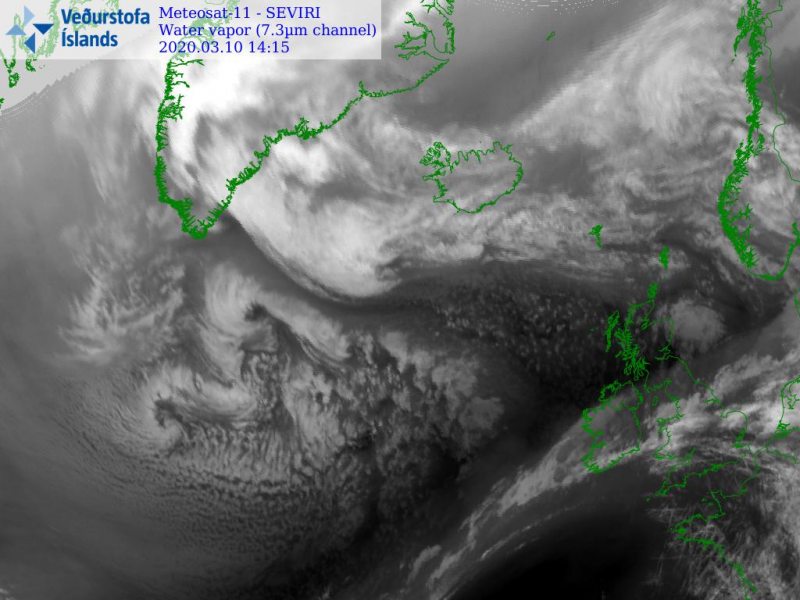 Here is the focused forecast discussion of the developing wind threat through Thursday, spreading across Ireland and the UK. A deep core will approach western Europe from the west on early Thursday morning, moving across the UK during the day. A strong windstorm along its southern flank should introduce severe winds and high waves towards the Irish coast. There will be another deep low moving across southern Scandinavia into the Baltic region, resulting in severe winds there as well. Heavy rainfall is also likely along the front. 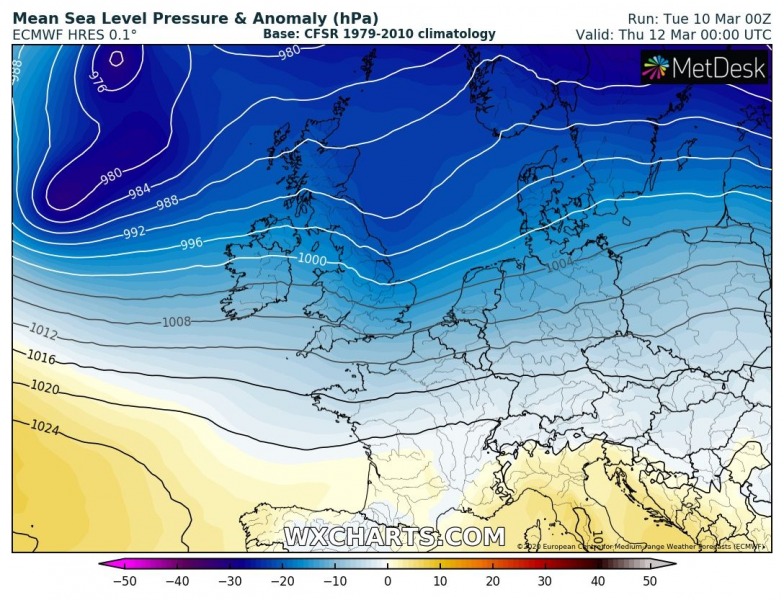 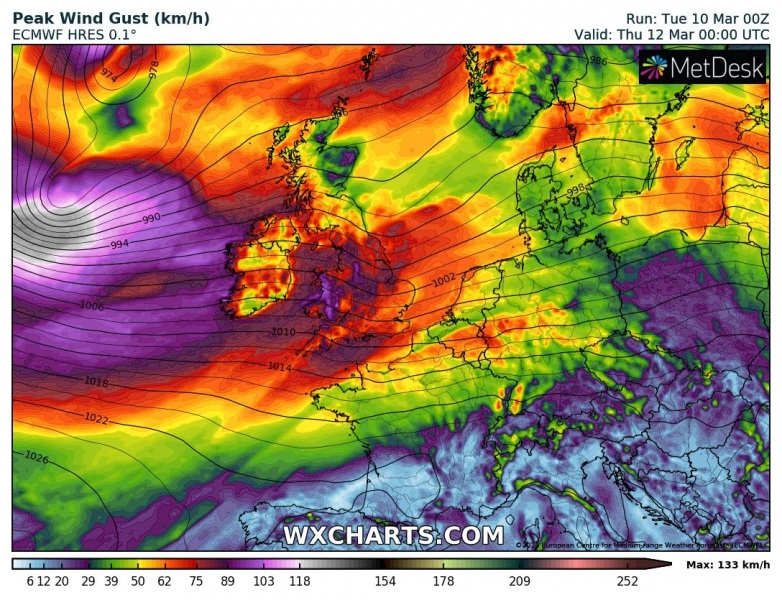 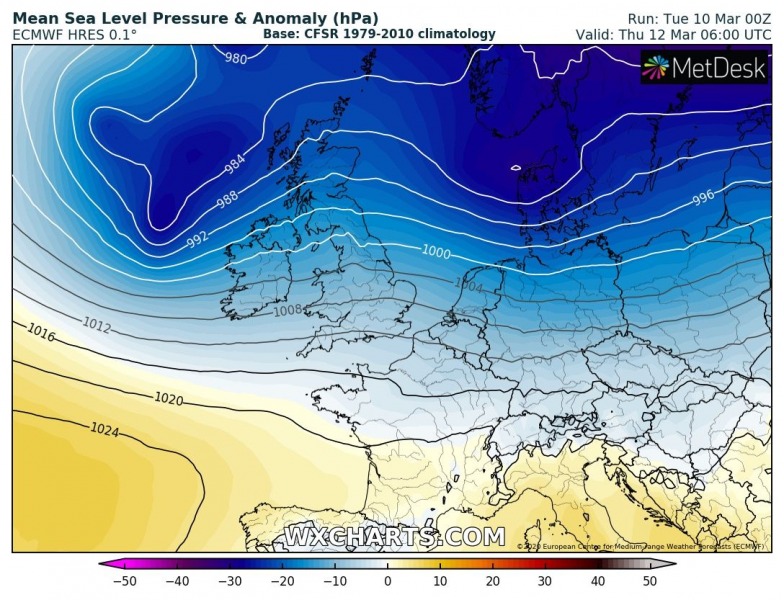 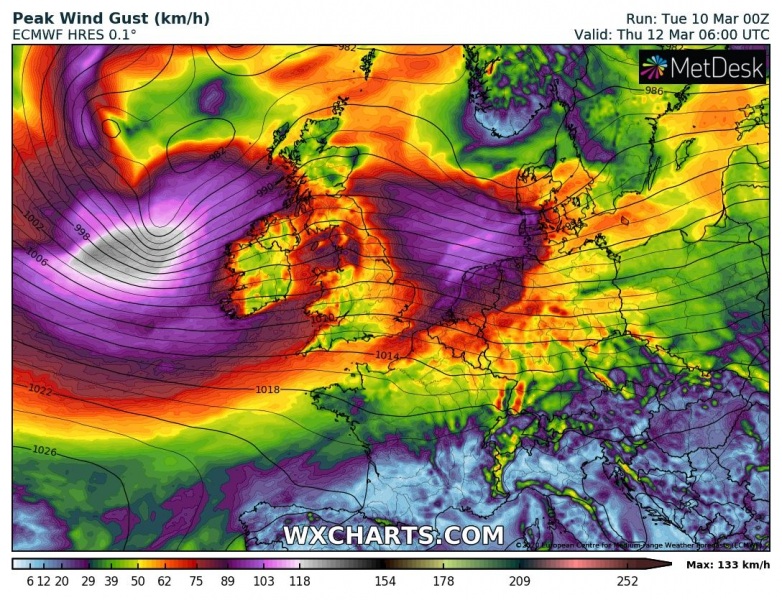 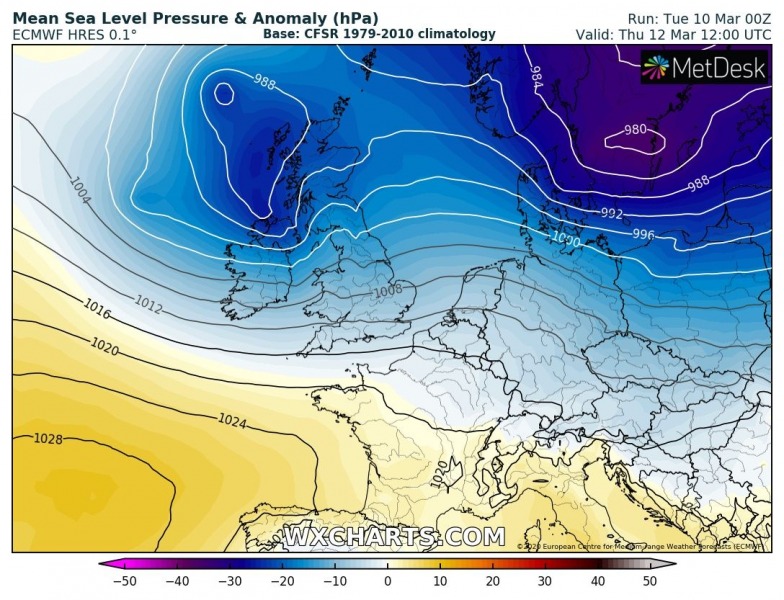 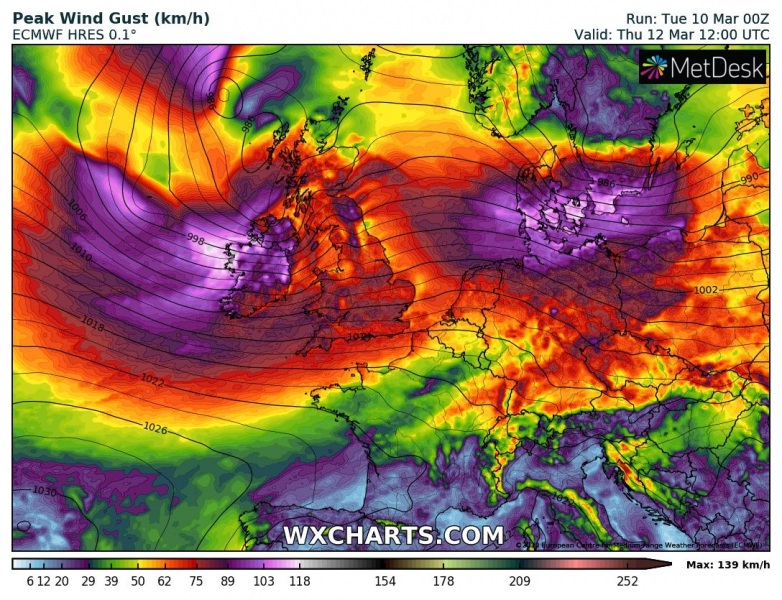 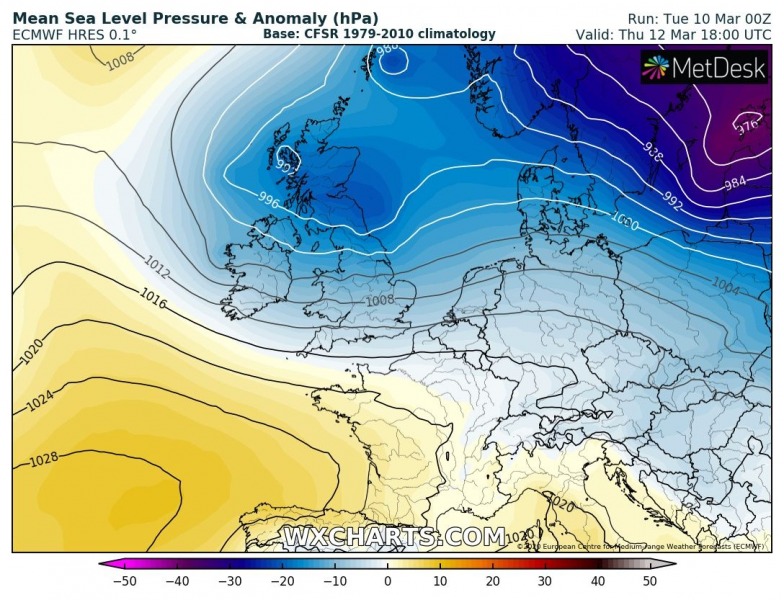 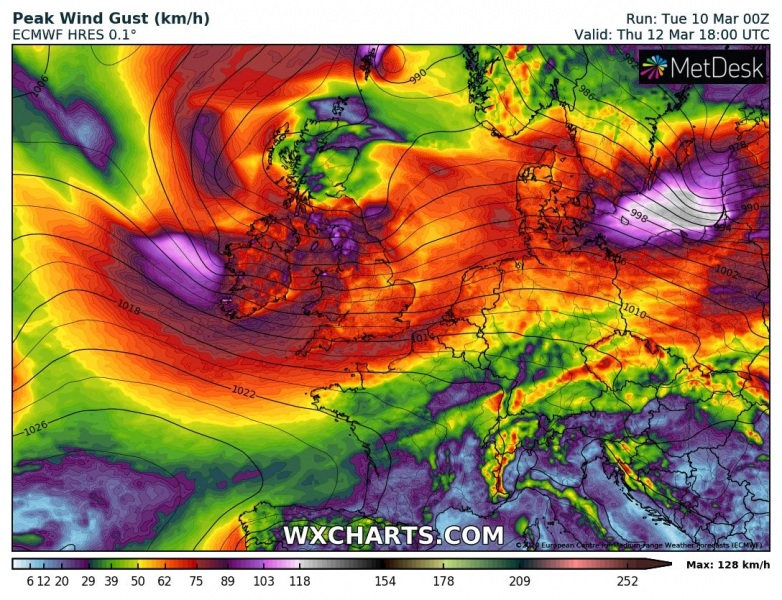 Peak wind gusts should reach 90-120 km/h (possibly more locally) across parts of the UK with the first cyclone, but also near the other low moving across Denmark and towards the Baltic Sea region: 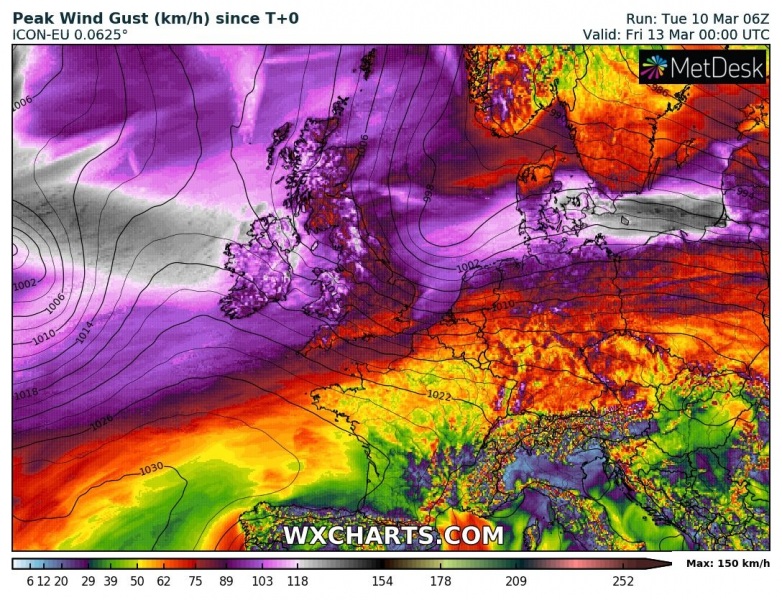 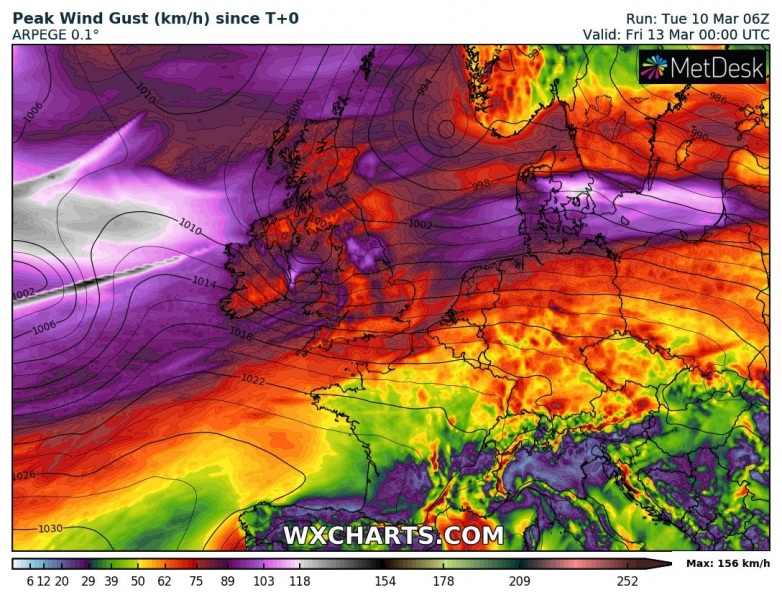 This pattern then results in a quite strong Arctic cold outbreak across the northeast Atlantic towards Scandinavia and the North Sea. Partly, the colder air mass also spreads into western Europe on Thursday, related to the cold advection behind the surface low over the UK. On Friday, much colder air mass pushes south across the northeast Atlantic, reaching Faroes, Scotland and Norway, and Lapland by Friday afternoon hours. On Saturday, a powerful cold outbreak continues across Scandinavia and Baltic region, while warm advection spreads across western Europe again. 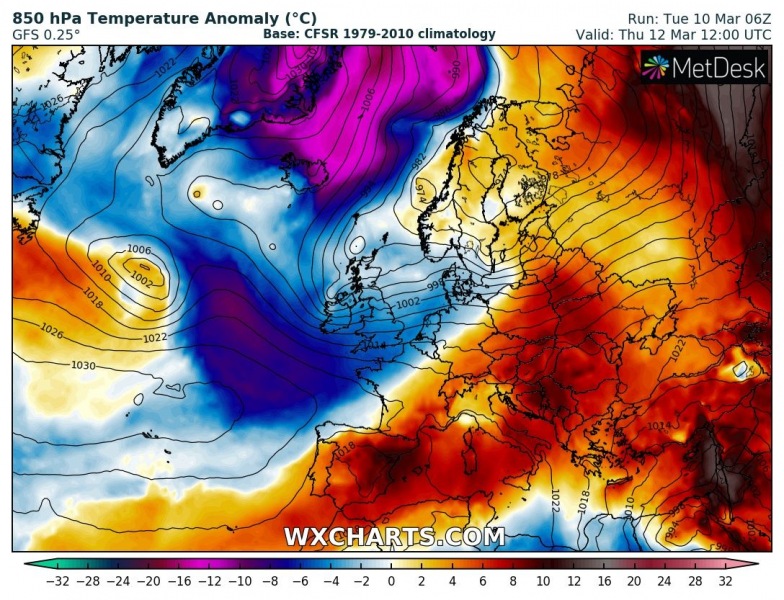 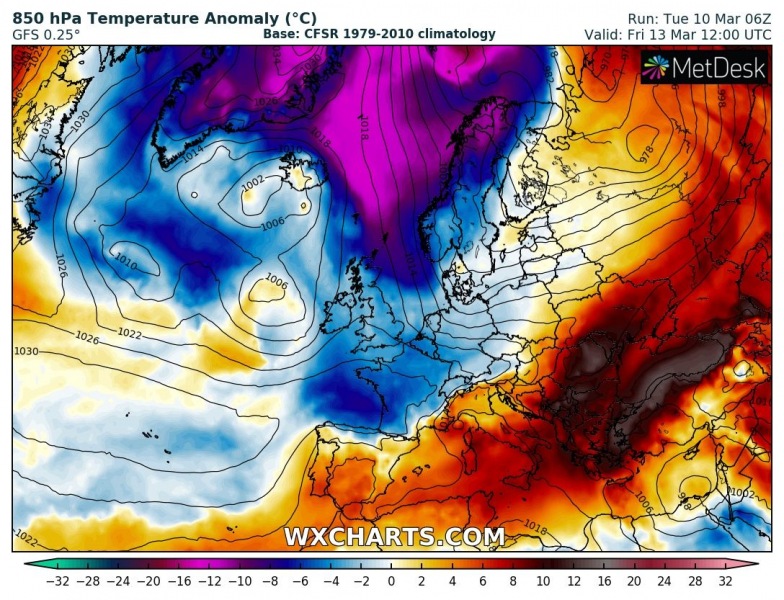 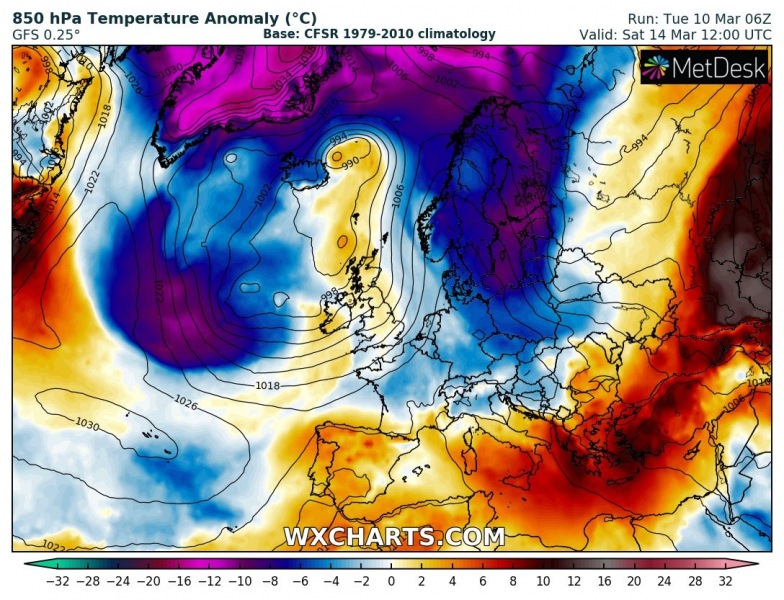 A former bombogenesis along southeast Canada is moving across the North Atlantic, brings more rain and flooding threat into parts of the UK and Ireland through this week

See also – an intense Arctic outbreak is also expected across southwest Canada and the northwest USA this week: