Spring time weather is now developing across the southern half of Europe, while southwest Europe is experiencing almost hot days this week. Southern Spain has experienced up to +29 °C peak afternoon temperatures today, March 10th. Similar or even slightly warmer is likely on Wednesday, then the warmest air mass moves away after Thursday. 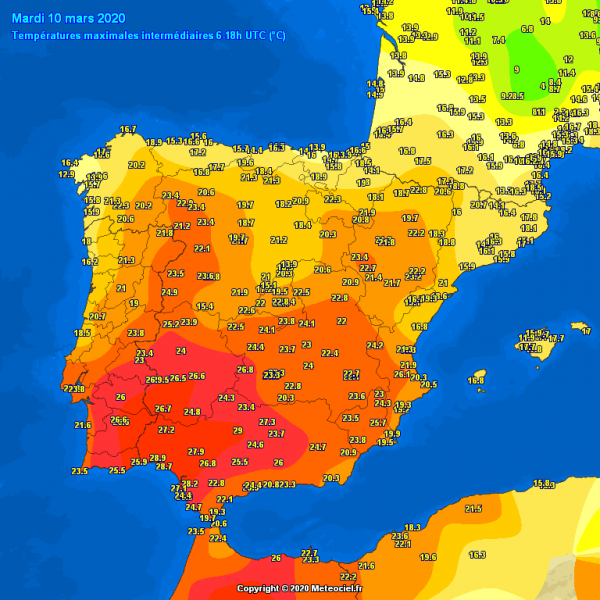 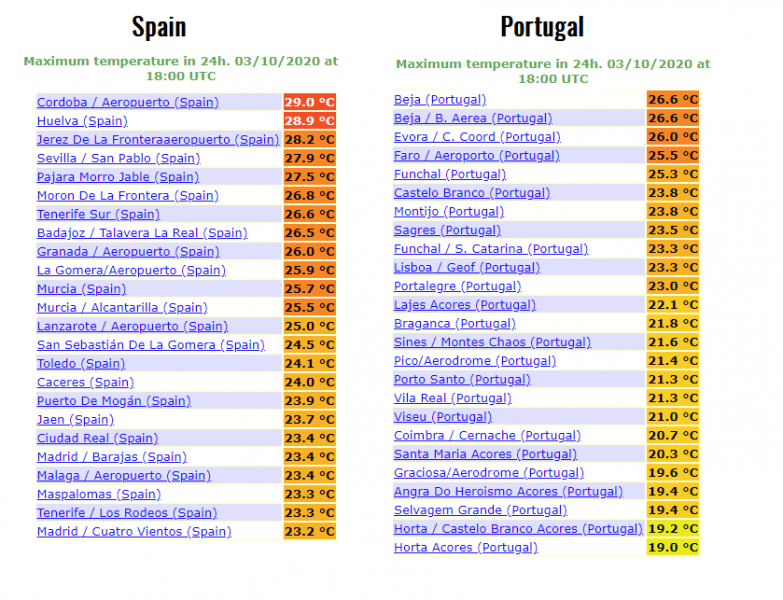 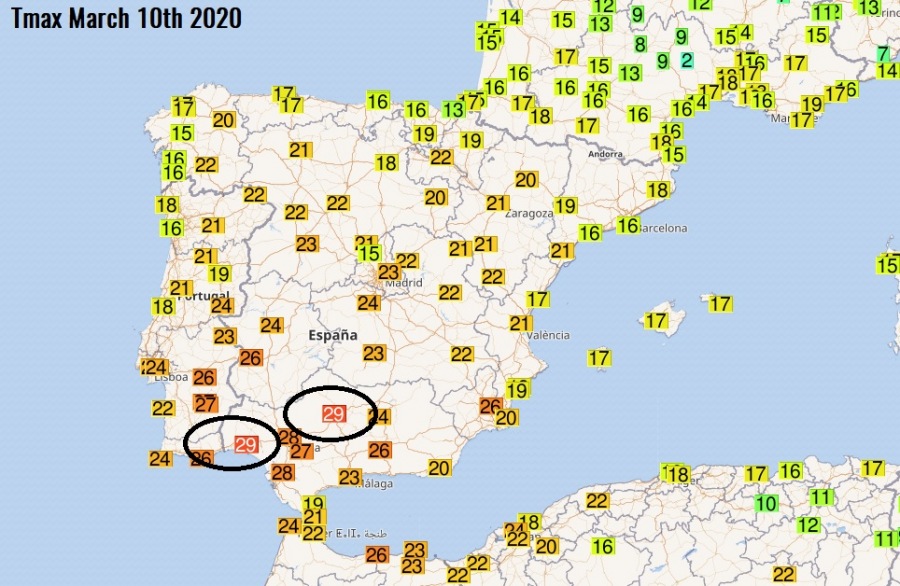 The pattern this week consists of a strengthening upper-level ridge from the Azores into southwest Europe and gradually further east into the Mediterranean and central Europe. This is resulting in very warm days across Spain and Portugal, average temperatures are 8-12 °C warmer than normal for early March. The ridge will be centered over the northwest Mediterranean on Wednesday, but over Italy on Thursday. 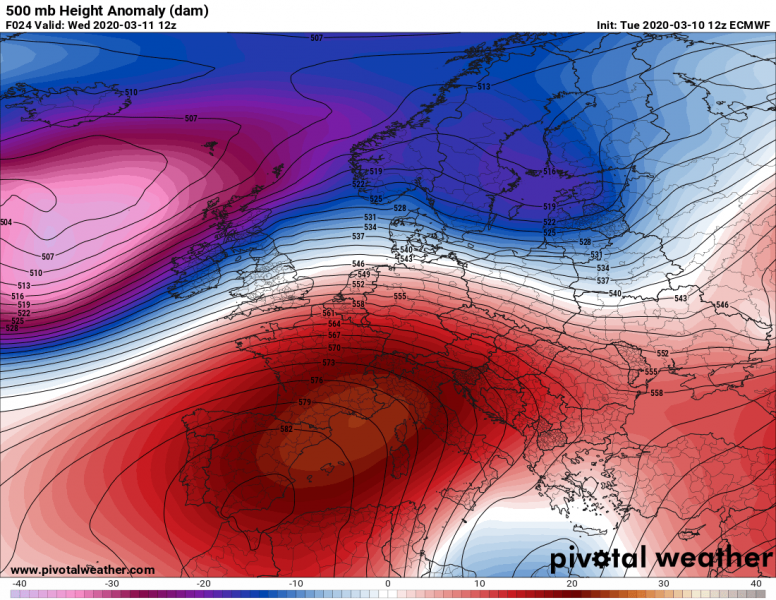 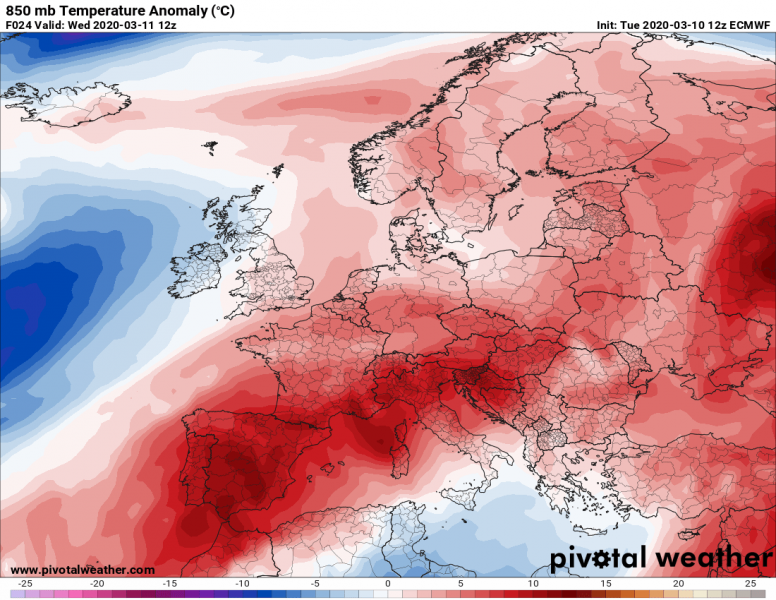 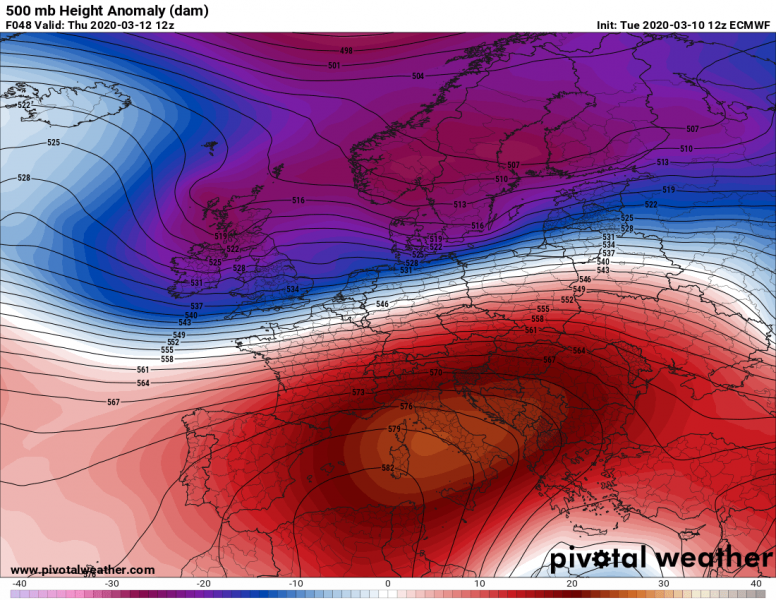 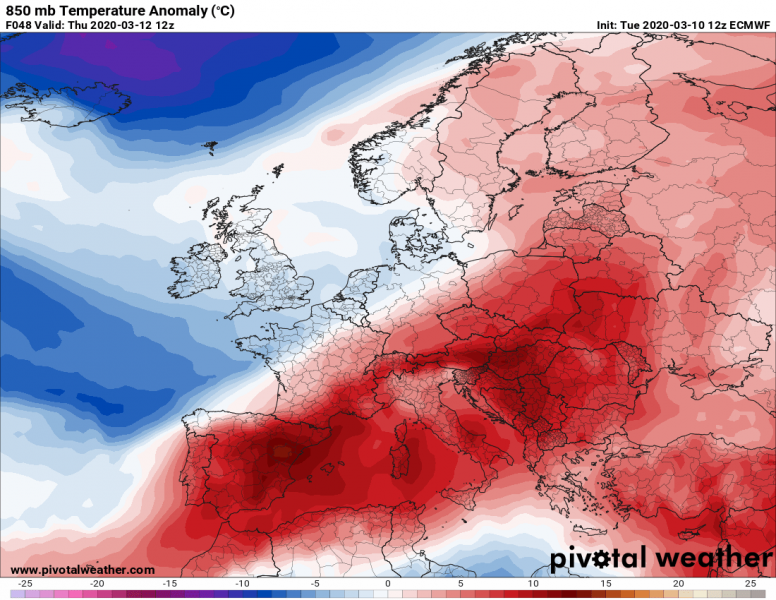 The peak afternoon temperatures should again climb into the upper 20s across southern Spain on Wednesday, but also across the southeast parts. The highest values could locally approach the ‘hot day’ threshold, +30 °C! On Thursday, generally a bit less warm air mass should bring a few degrees cooler afternoon temperatures, but those should still exceed 25-27 °C in some areas. 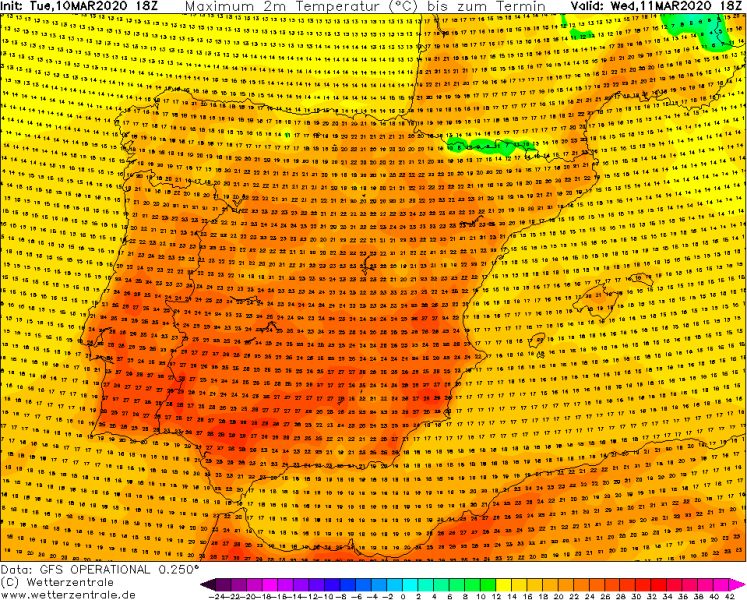 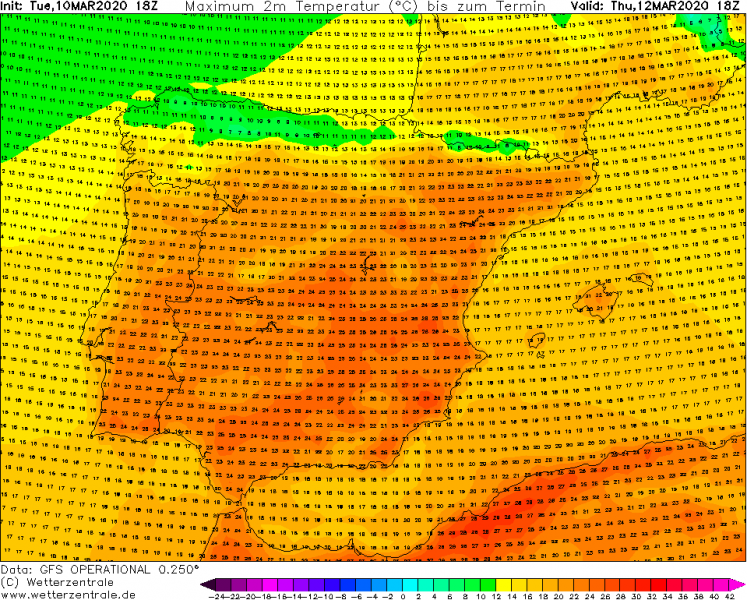