The Arctic outbreaks are often occurring during mid-late winter, but also in early spring. This week, a very intense outbreak develop across southwest Canada and spreads into north-northwest United States over the weekend. It brings extremely cold temperatures for early and mid-March. Trends are being monitored for the potential further cold outbreaks next week!

A very powerful upper-level ridge develops over the Bering Sea and Alaska after mid this week, gradually expanding east towards western Canada. This results in a deep trough moving south along the ridge’s east flank and introduced an intense cold outbreak towards southwest Canada and north-northwest United States the next weekend: 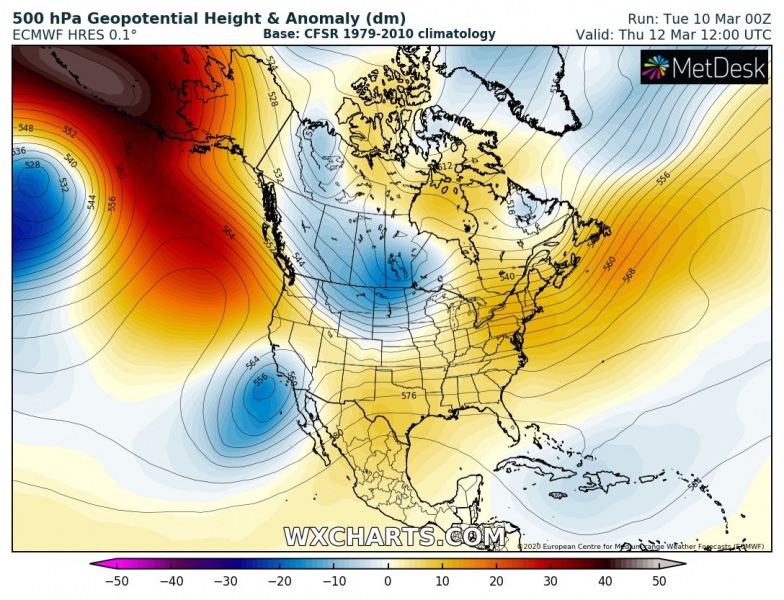 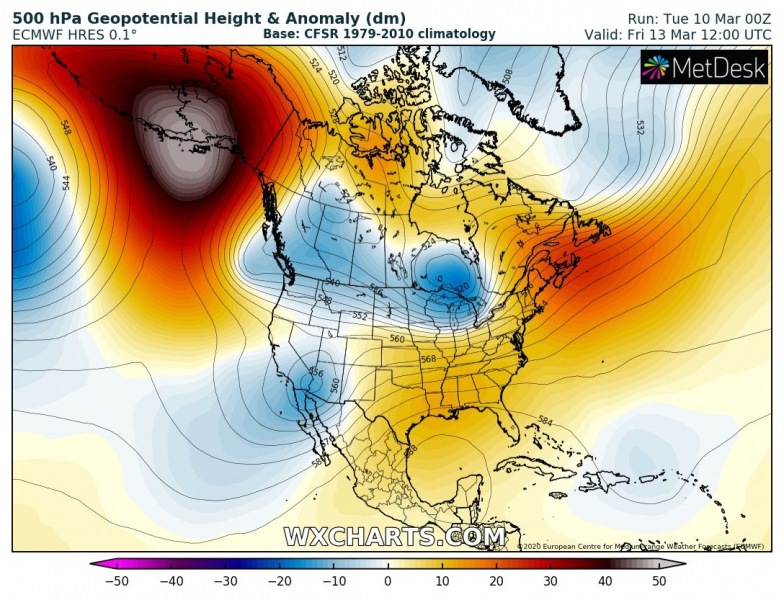 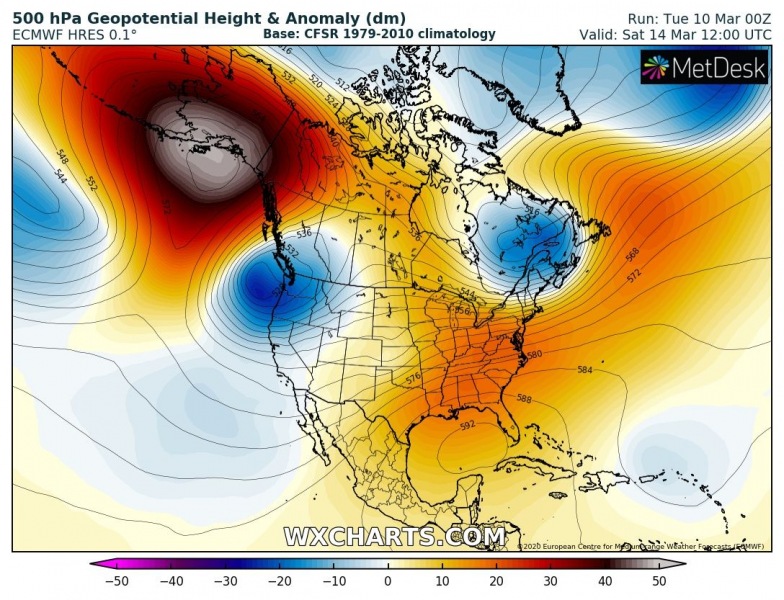 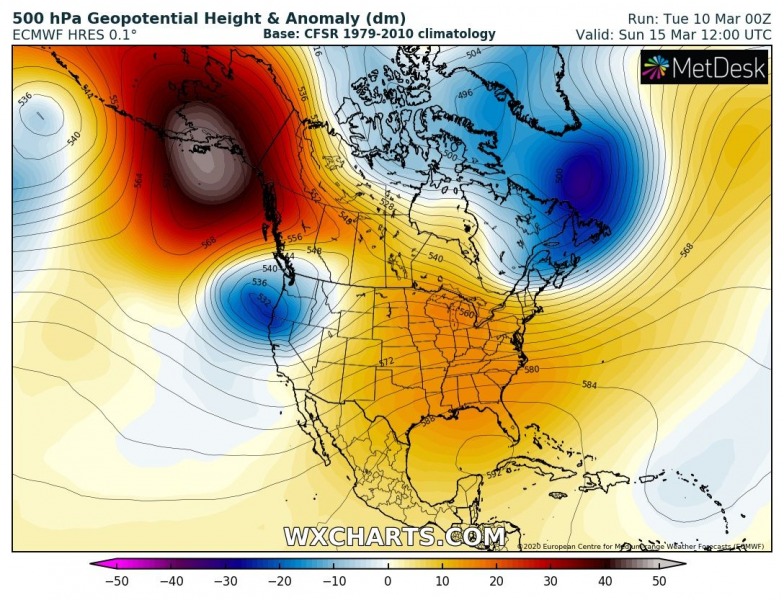 Here are the 850 mbar level and 2-meter temperature anomalies after Friday when the very cold air mass starts spreading from southwest Canada into the northwest United States. 30 to more than 40 °F colder than normally early March temperatures will be first introduced into southwest Canada, then gradually spreading south into north and northwest United States over the weekend into early next week. Notice also significantly warmer temperatures spread into Alaska and northwest Canada – these should continue next week. 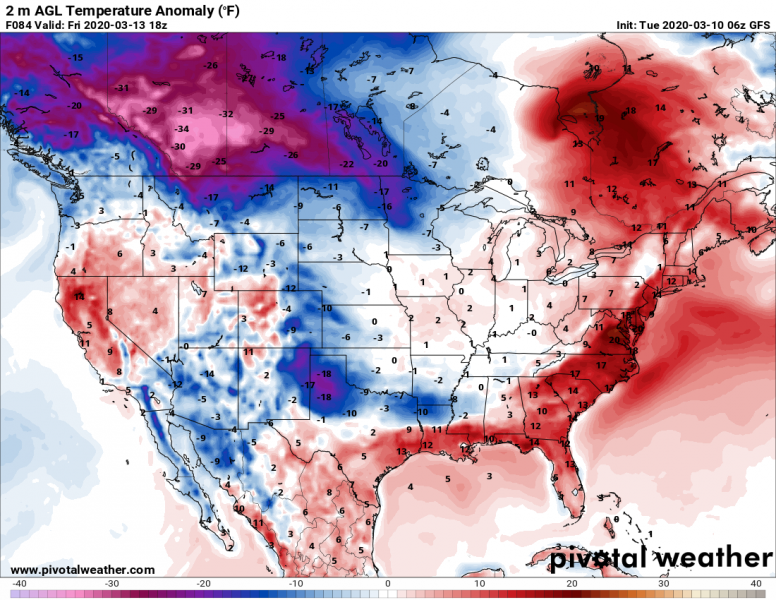 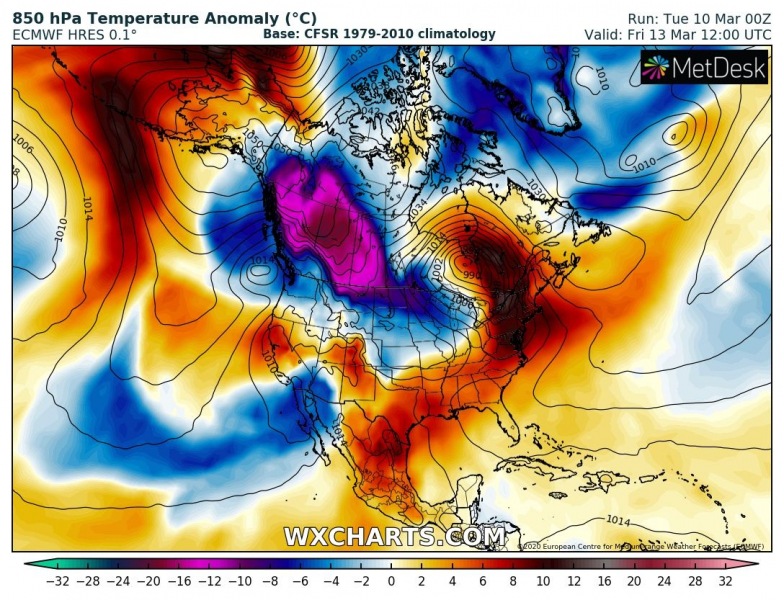 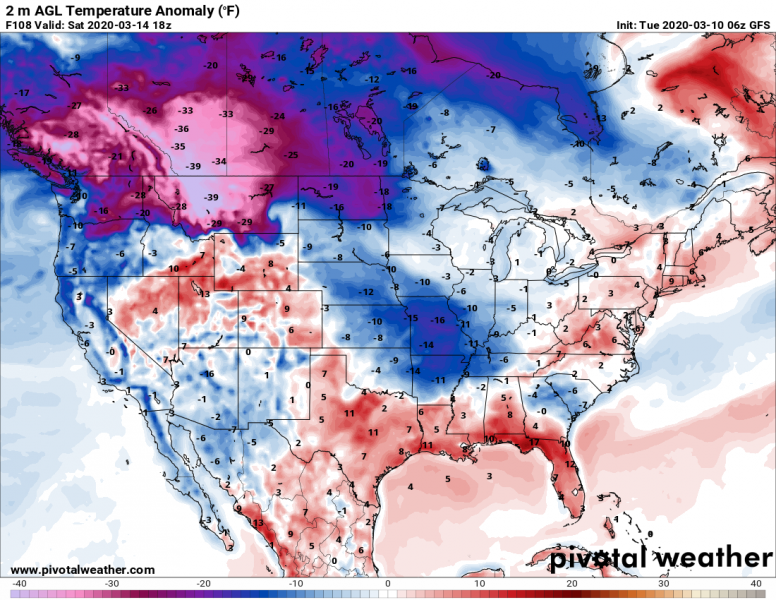 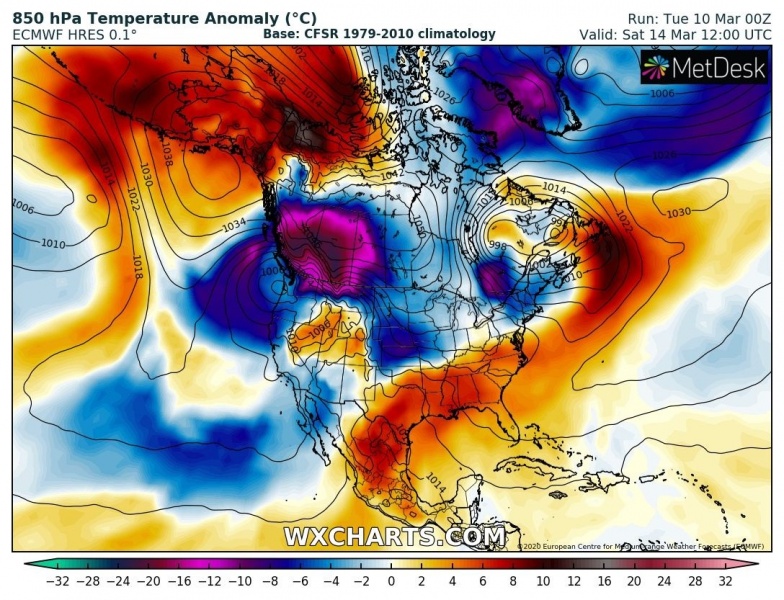 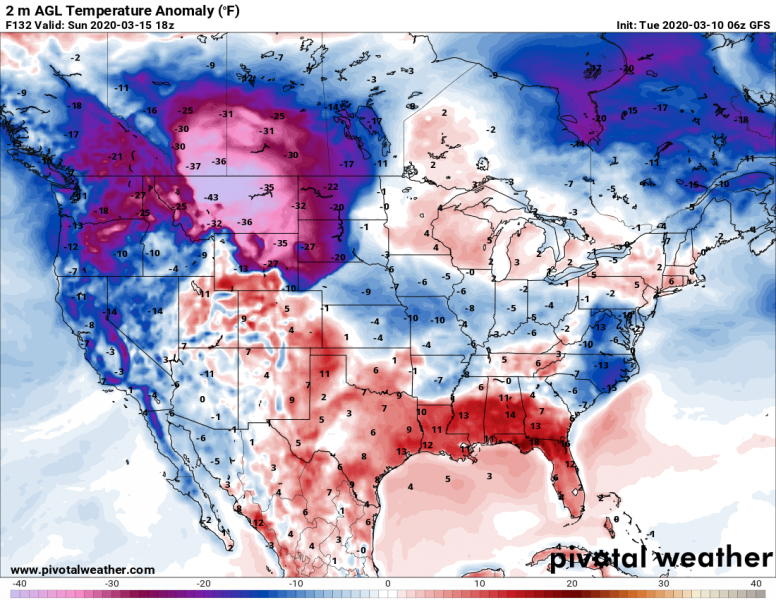 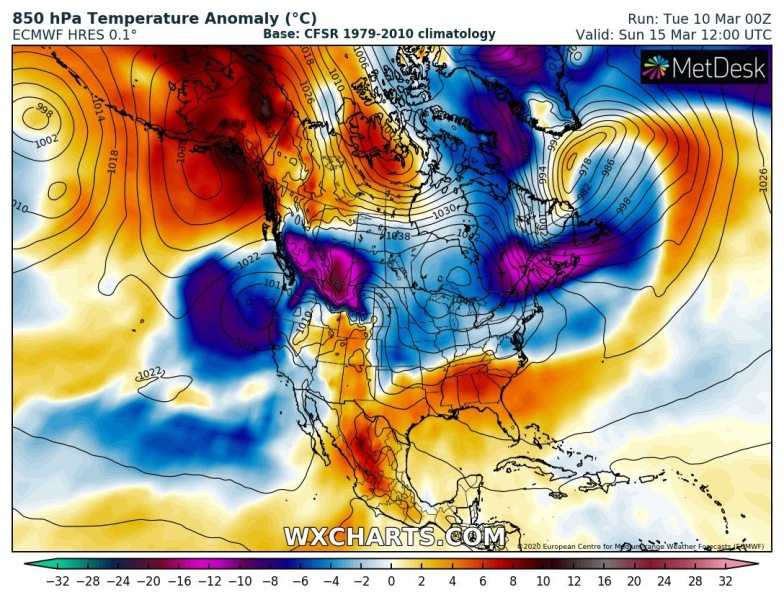 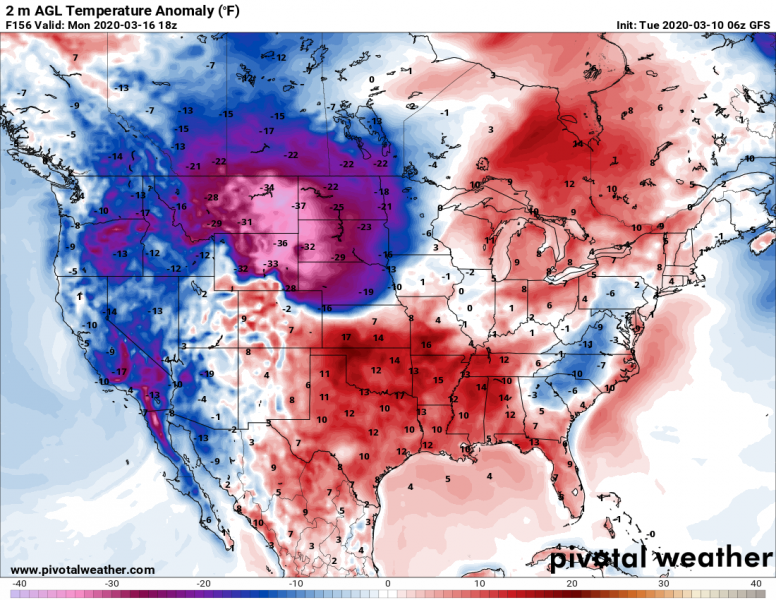 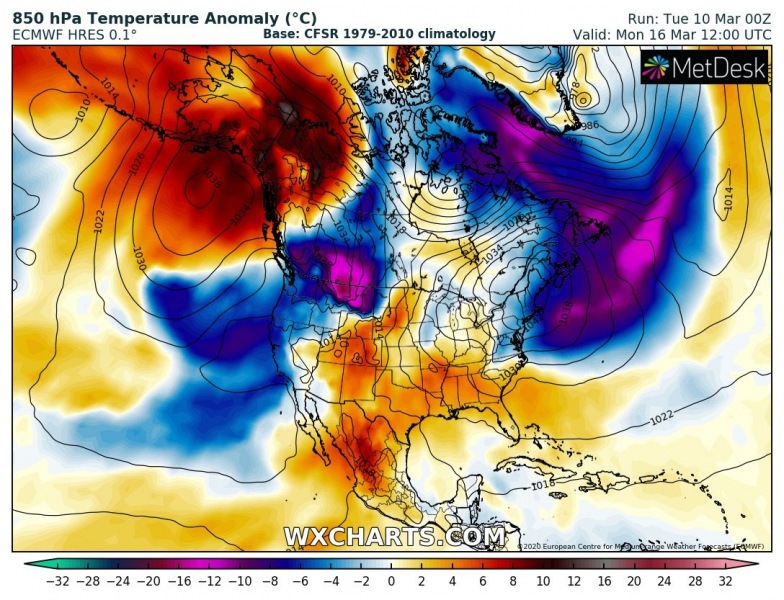 The event should also bring some fresh snow into the Rockies and High Plains, especially across the Glacier National park (Montana): 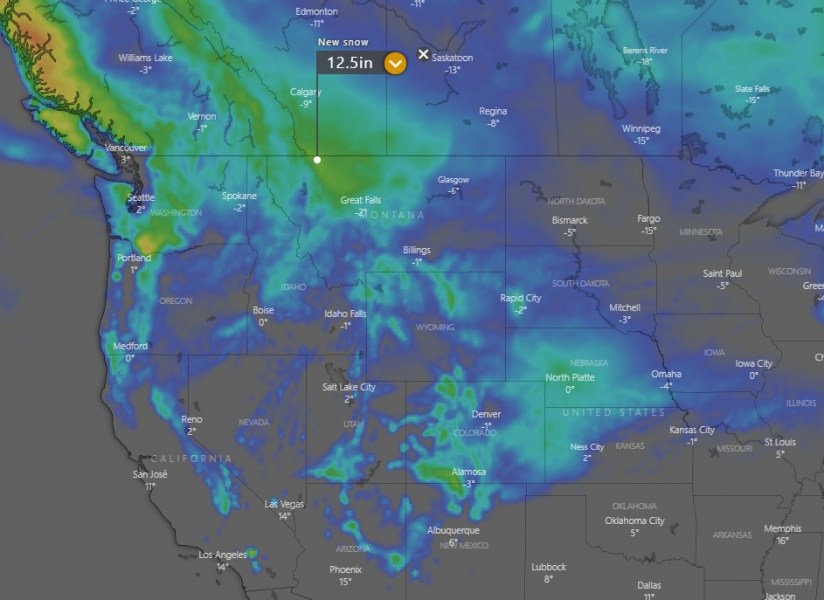 Trends are being monitored the cold outbreak could also continue further south towards Midwest next week, but model uncertainties exist, so we will have more details on this later. Stay tuned for updates!