For two days, smoke from Iberian fires combined with Saharan dust to produce eerie skies over western and parts of central Europe. Tomorrow morning the smoke and dust will have shifted. Here is the forecast, be on the lookout for hazy skies tomorrow morning. 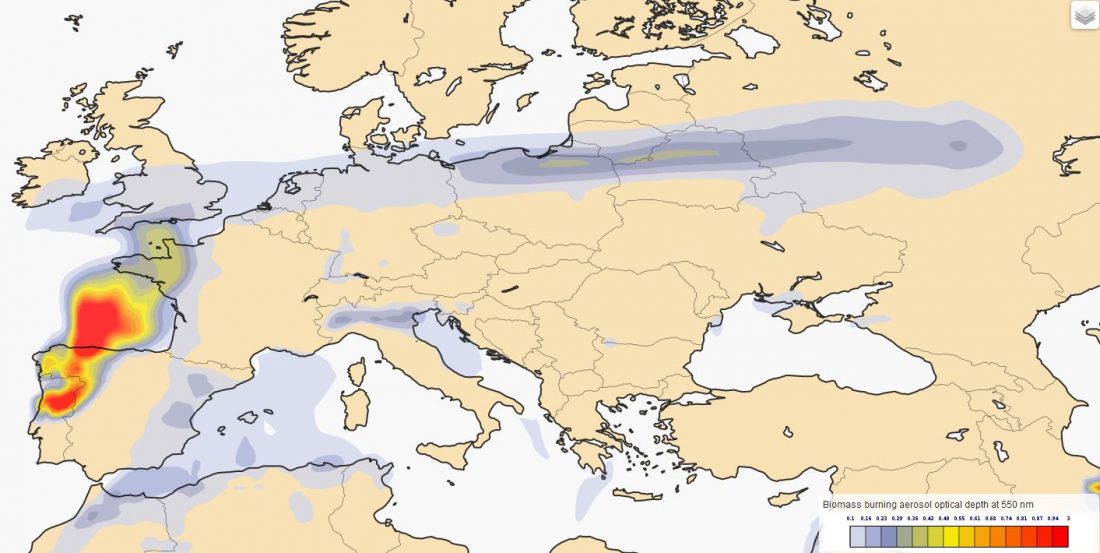