Residents of northern Germany, Benelux, southern Scandinavia and as far as the Baltic states awoke to a hazy sky this morning, with the Sun glowing a subdued reddish orange.

What everyone in the region is seeing is the thick smoke from massive fires in northern Spain and Portugal, which nearly blocked out the Sun in western France and the United Kingdom yesterday. The northeasterly flow pushed the smoke over northern central Europe by this morning. 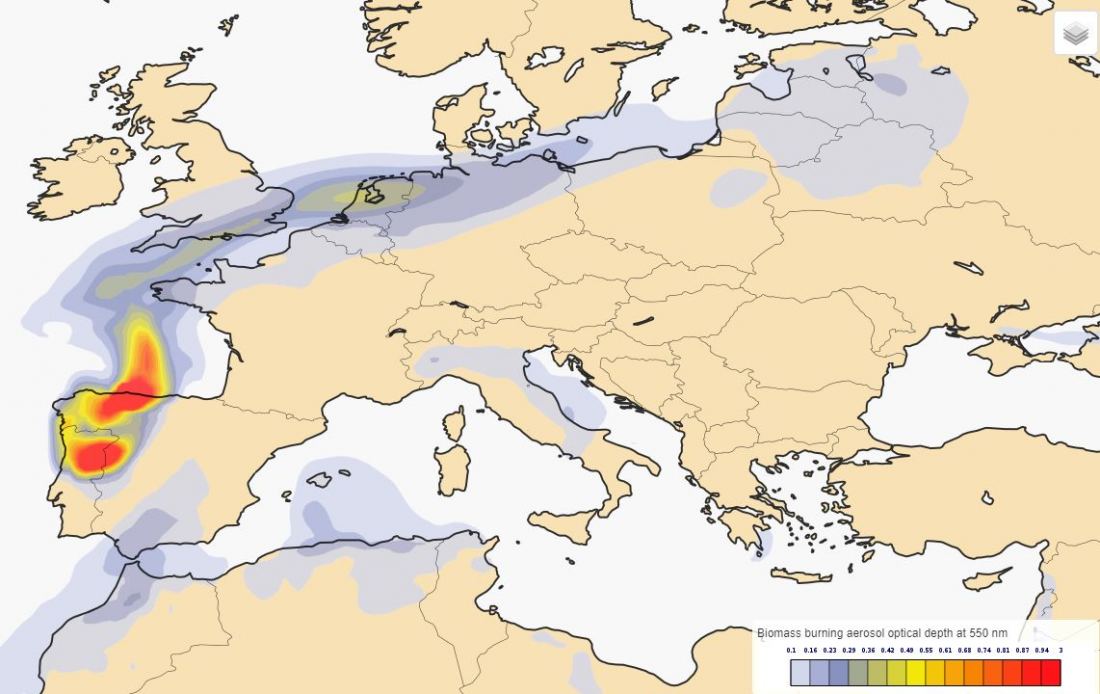 Copernicus Atmosphere Monitoring Service biomass aerosol optical depth at 550 mm forecast for this morning, indicating the extent of smoke from fires in the Iberian peninsula.

Satellite imagery clearly shows the smoke persisting over northern France, BeNeLux and northern Germany as well as most of the Baltic region.

Additionally, Saharan dust has been advected far north into the region as well, and is adding to the effect. See below the dust load forecast by University of Athens SKIRON and Copernicus Atmosphere Monitoring Service models. 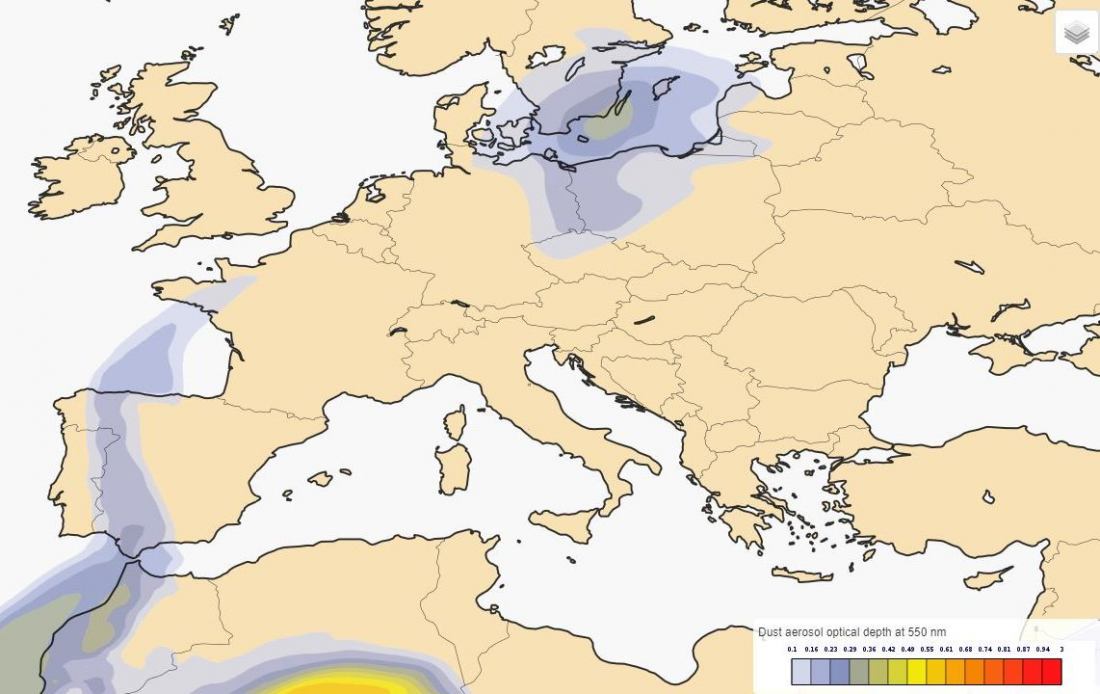 Total irradiance in central Netherlands today is reported to be about 1/3 of normal, with temperatures 3-4 °C lower than expected. 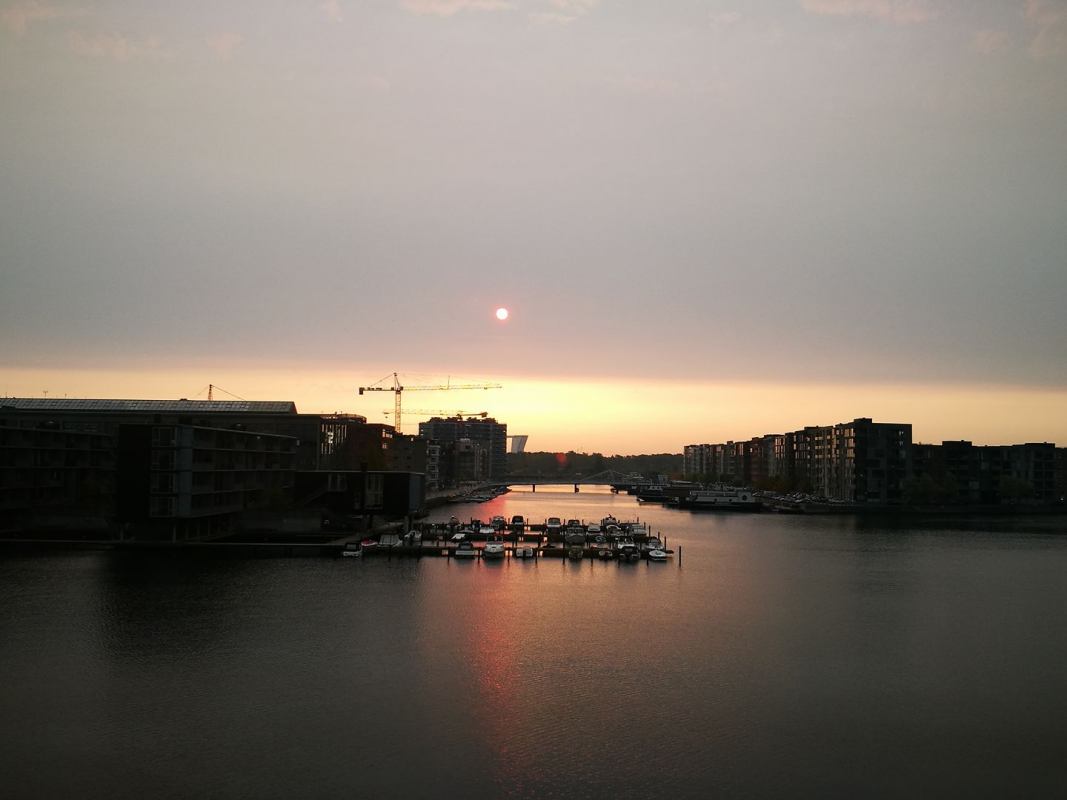 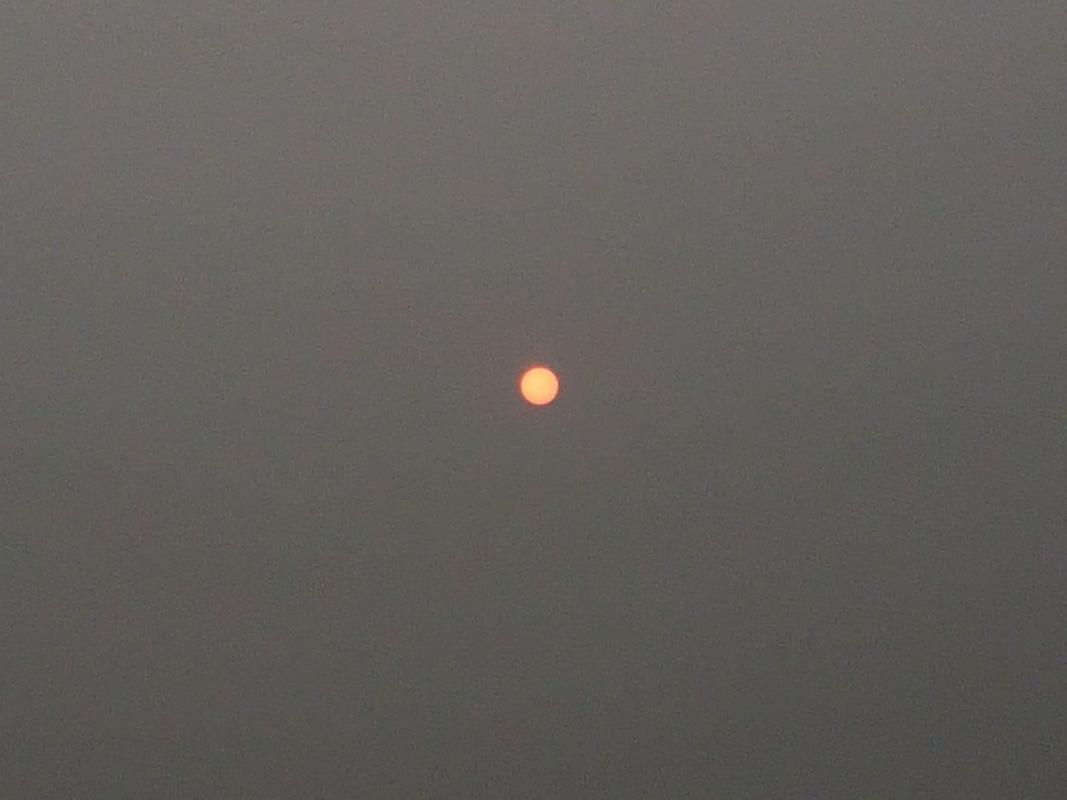 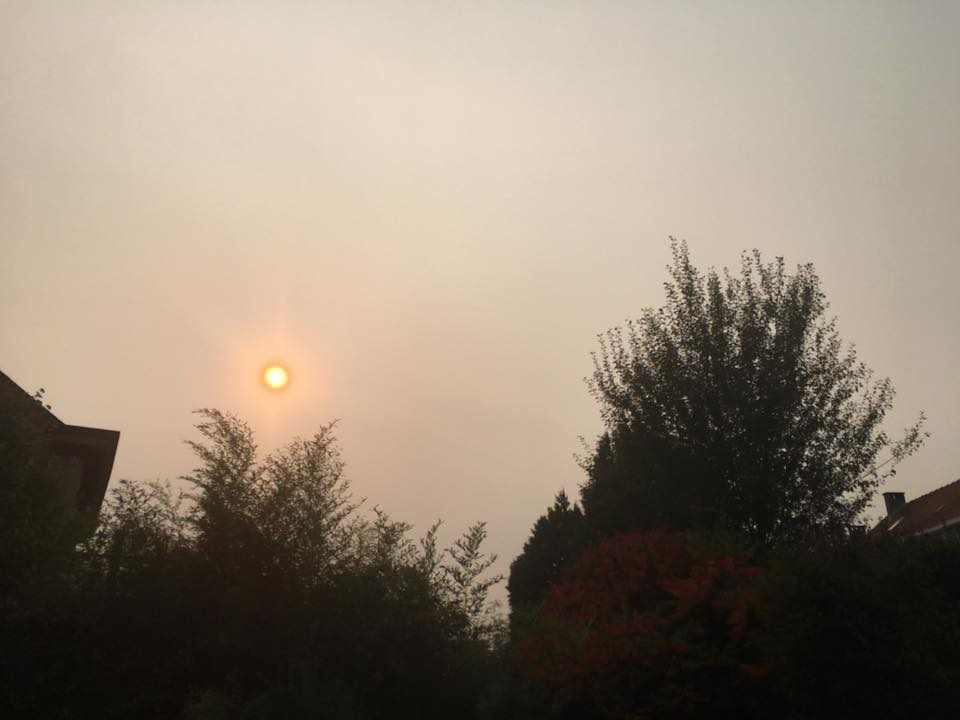 Dim Sun and smoke over Brussels, Belgium. Photo: Sil Via. 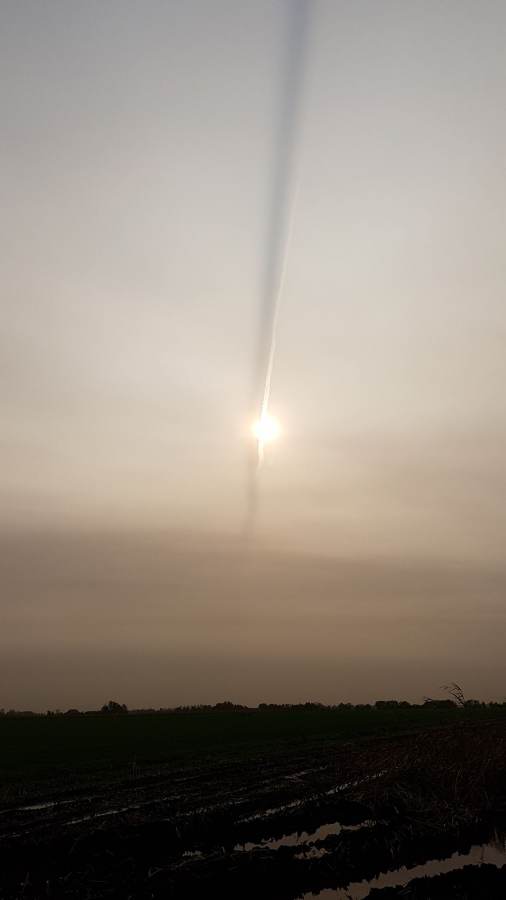 Shadow cast by a contrail on the smoke, northern Netherlands. Photo: Harry Mulder.. 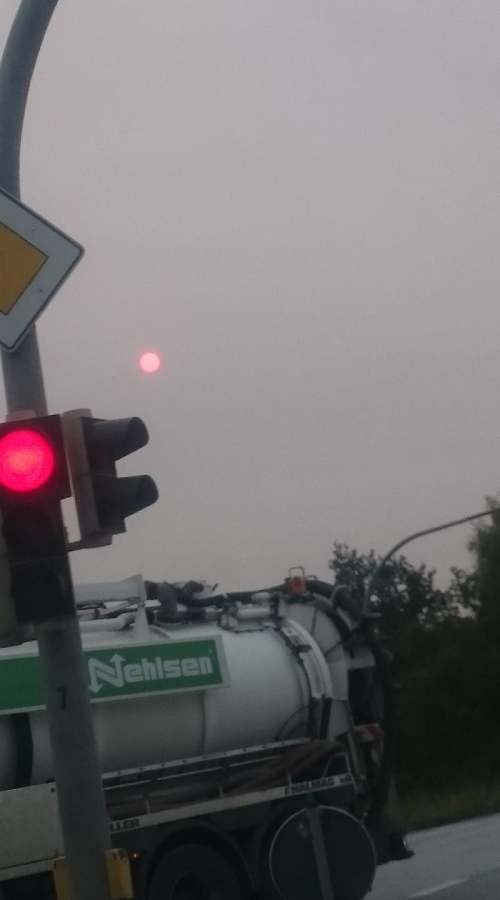 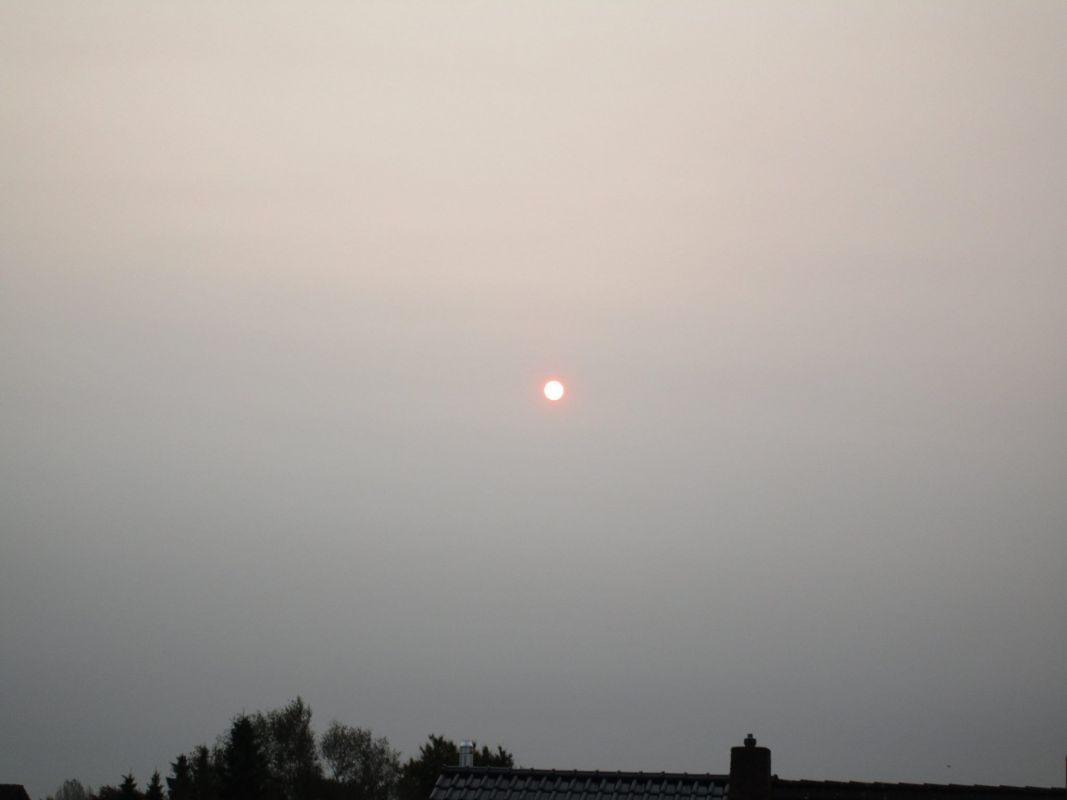 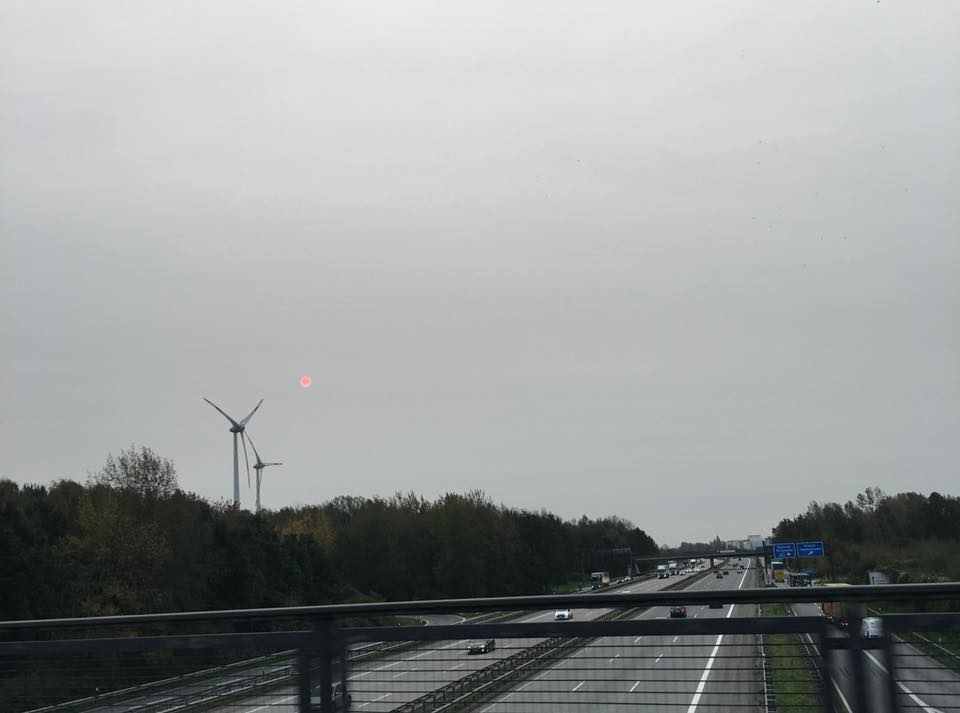