In the wake of the intense upper-core moving over the Balkans, a very sharp pressure gradient has developed across the western Balkans, as a strong ridge is also placed across western Europe. This is already resulting in extremely severe winds with gusts above 150 km/h locally along the Adriatic coast, but conditions will significantly worsen tonight – peak gusts are likely to push above 200 km/h in some locations!

Tonight’s pattern over Europe indicates an extensive upper-level ridge across western Europe with a deep cold-core low over the southern Balkans, with a powerful north-northeasterly flow in between. The strong surface pressure gradient between these two systems will result in violent windstorm. 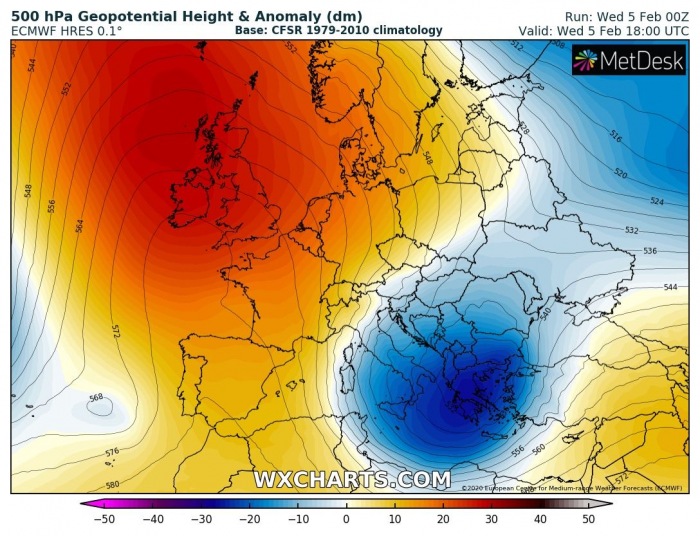 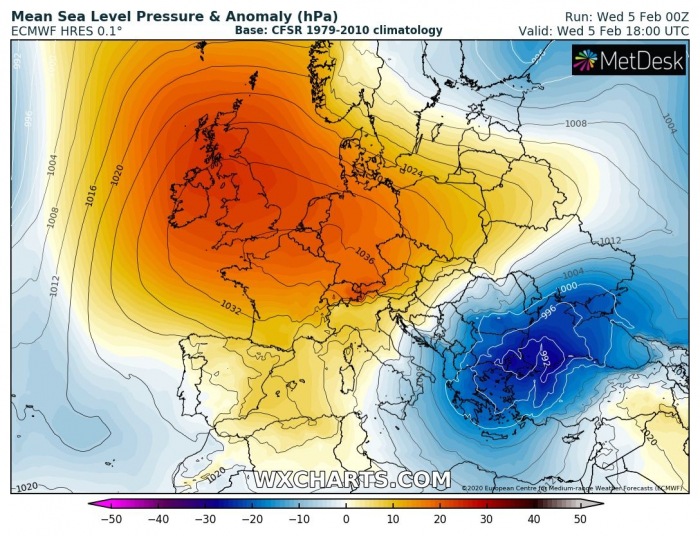 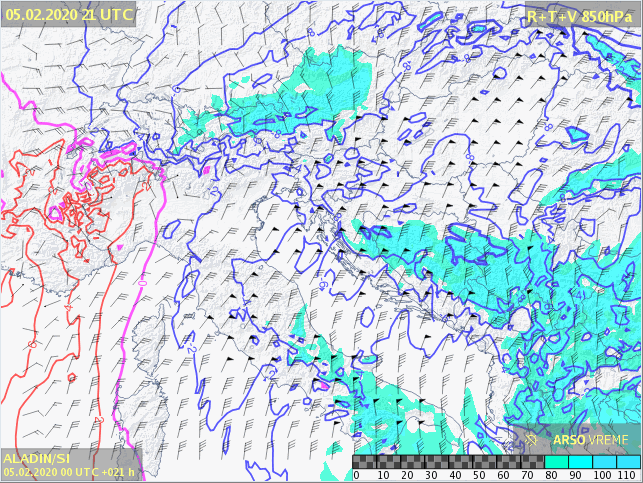 Here are the peak wind gusts across the southern Velebit mountains and Dalmatia region per ARW model from this afternoon until Thursday morning in 6-hour intervals. The most intense winds (50+ m/s) will occur through the early night hours, from 18 UTC today until 00 UTC tomorrow. 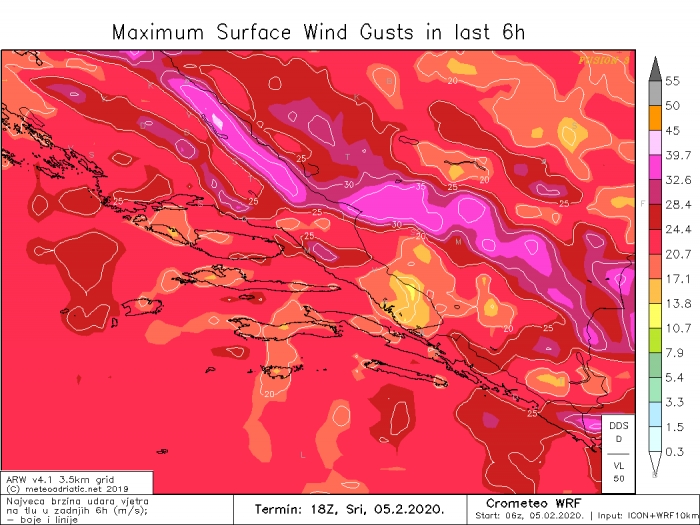 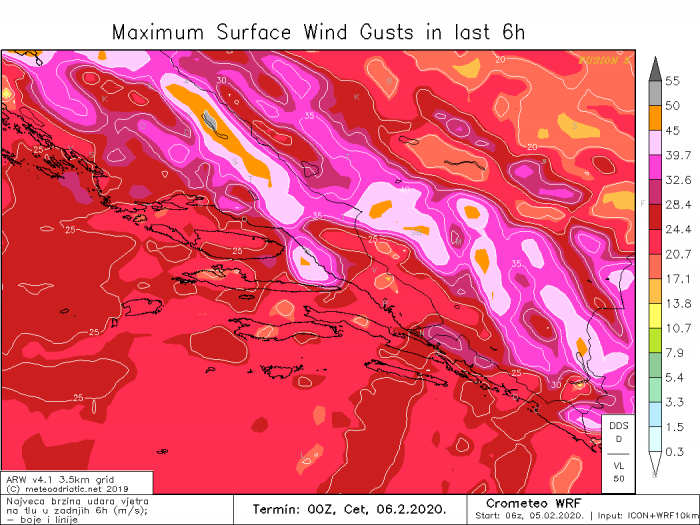 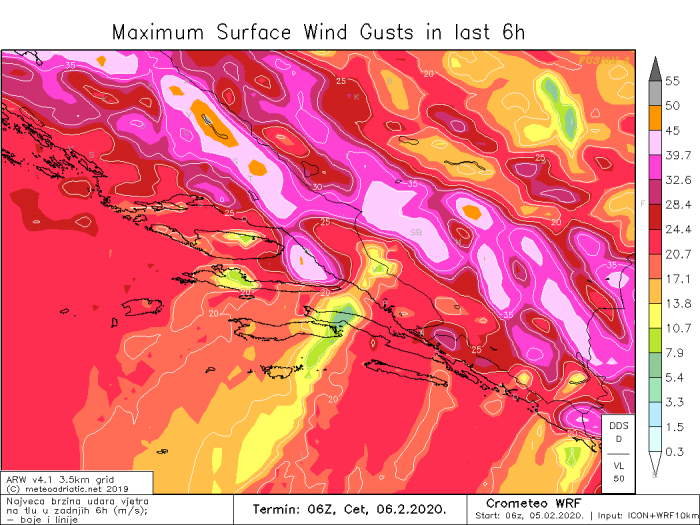 Peak wind gusts for the northern Velebit and Kvarner region – peak gusts will also be exceeding 50 m/s (= 180 km/h = 112 mph) along the Adriatic coast and along the western slopes of Velebit mountain range. 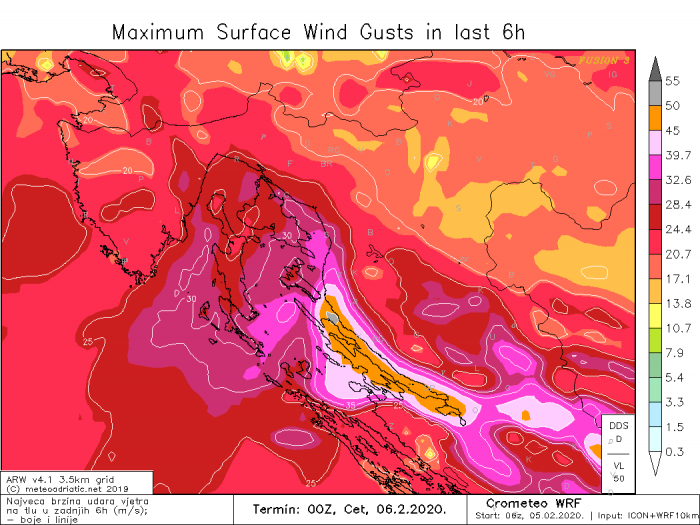 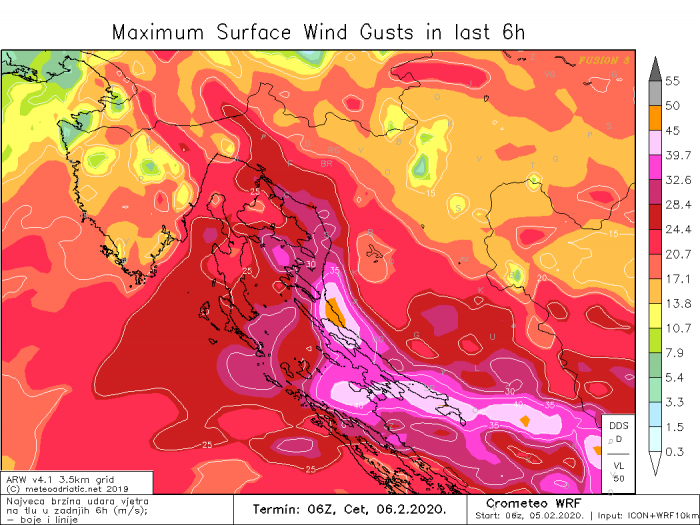 Close-up view of the southern Velebit region – the violent hurricane-force winds with gusts potentially above 200 km/h will be spreading across National Park Paklenica and towards the island of Pag. Also towards the famous Maslenica bridge – this location holds the official Croatian record of 248 km/h (154 mph) peak gusts recorded on Dec 21st, 1998. Another area with peak gusts around 180-200 km/h is likely downslope from the mountains north of Naples. 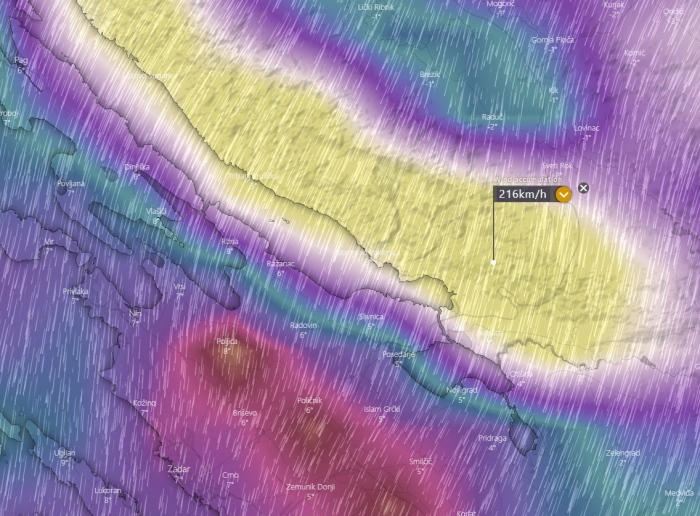 Here are also ICON-EU and ARPEGE models peak wind gusts swaths until Thursday morning, indicating a broad area will be affected with these extremely severe winds, along the whole eastern Adriatic region and western Balkans: 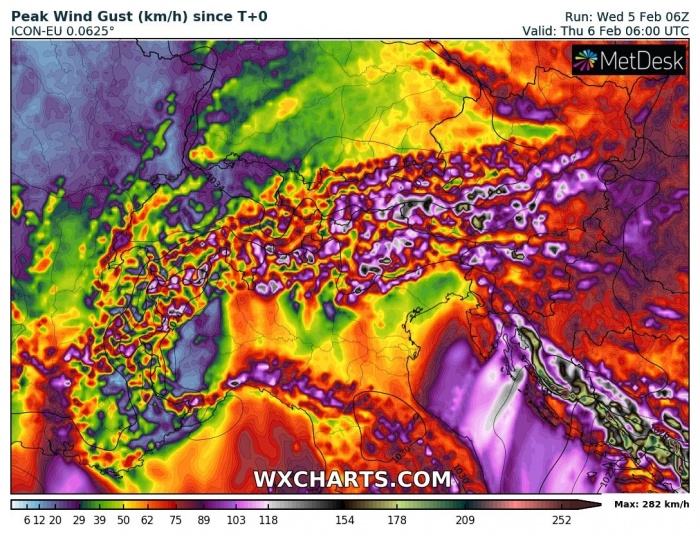 This powerful event is perfectly visible on the (NE-SW) cross-section maps, crossing the affected area of Velebit mountain chain in western Balkans and the Apennines in south Italy. We can see the very well-defined pressure and temperature gradient near the mountain barrier, resulting in hydraulic jump down towards the coastal eastern Adriatic region – these jumps often bring violent 200+ km/h gusts!. 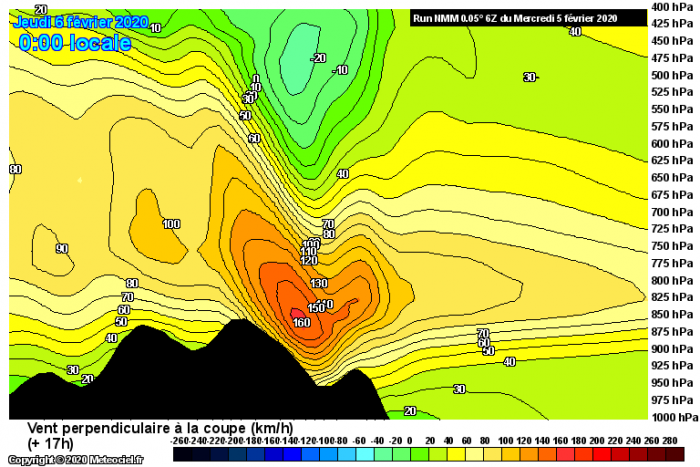 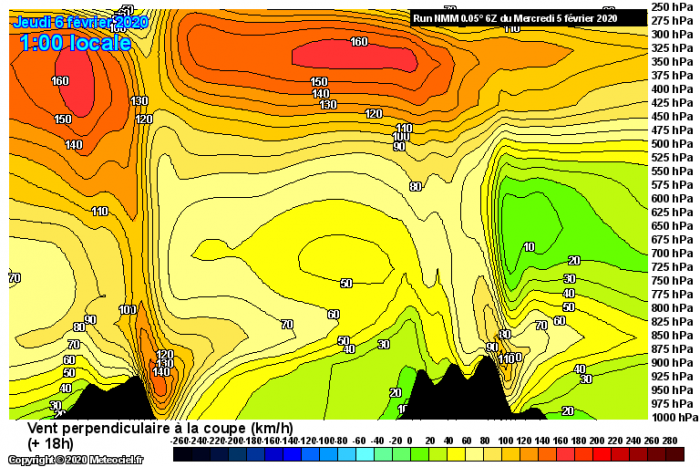 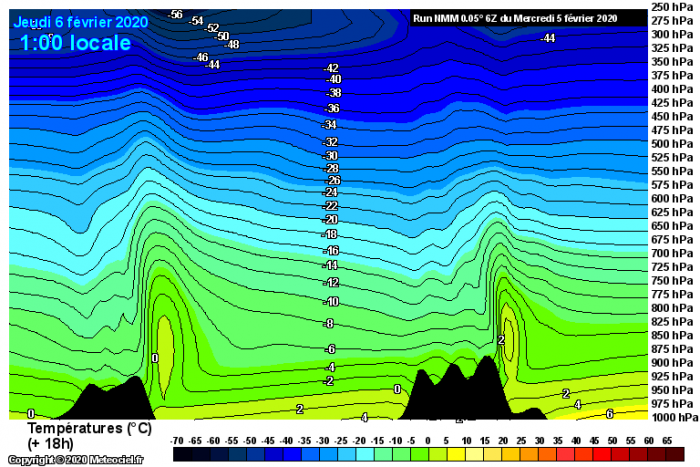 Stay alert for these dangerous weather conditions if you live in the affected areas – damaging winds are expected!

See also – an ongoing cold outbreak over the eastern half of Europe: