Monday’s update on the very large depression – a deep cyclone is centered west of Iceland and is dominating the whole North Atlantic. It has matured this morning and is now gradually moving east. Its wind field is huge, spreading severe winds and high waves towards northern UK, Faroes, and Iceland until Wednesday. The most intense gradient is resulting in violent hurricane-force winds between Iceland and Greenland.

As of this morning 06 UTC, March 16th, the central pressure was 956 mbar. The system has matured. The pressure change was 22 mbar over the last 24 hours when the system was centered just south of Greenland. 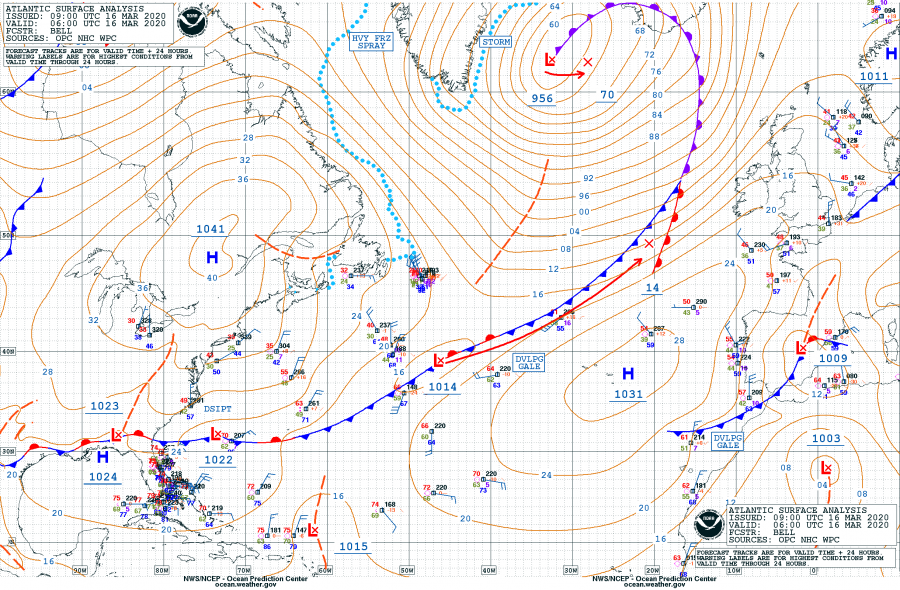 The satellite imagery indicates the system is *very* large, dominating the whole North Atlantic region. Its center is currently west of Iceland. 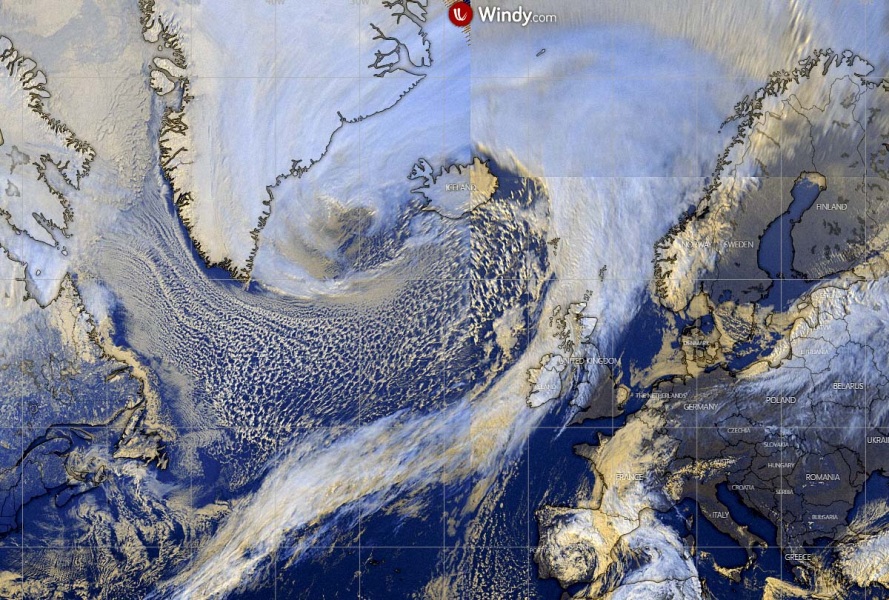 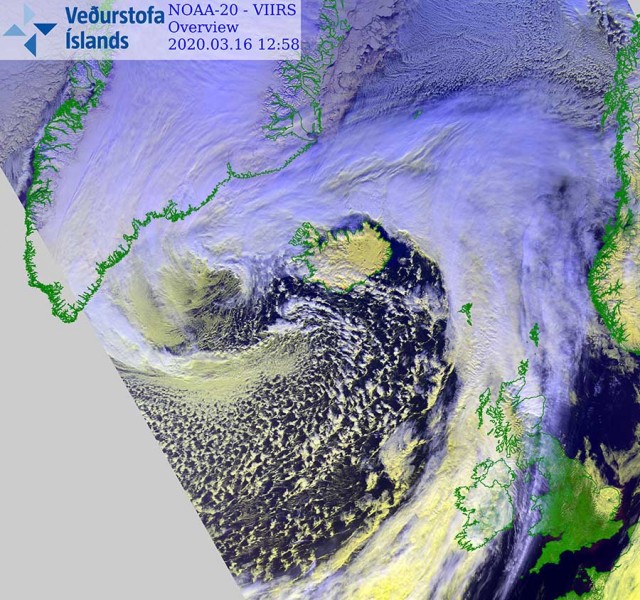 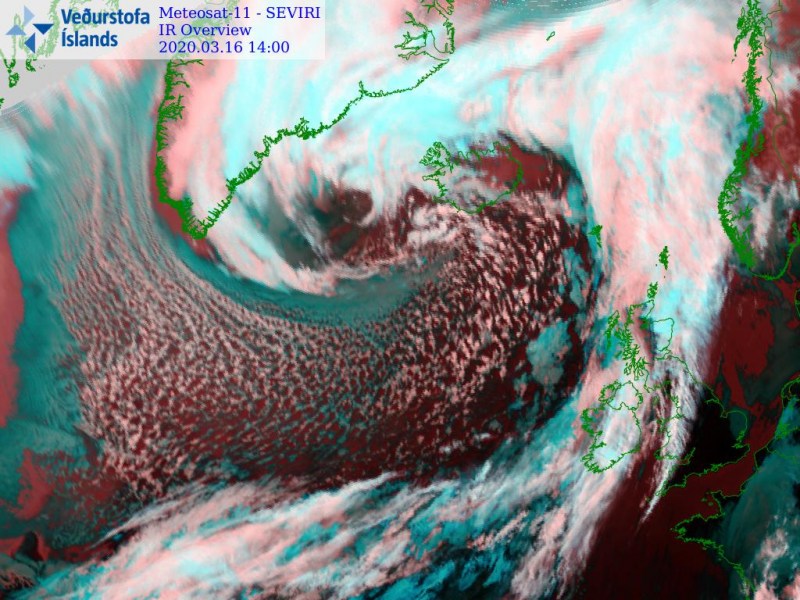 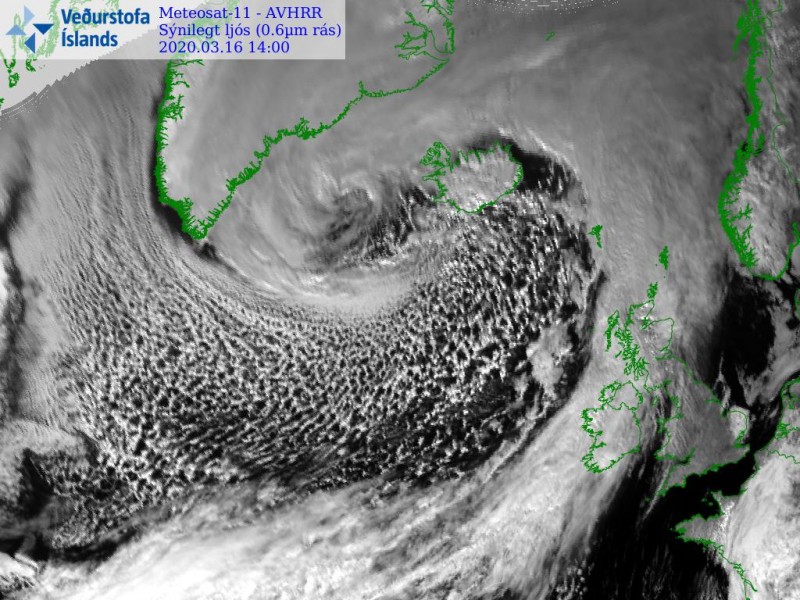 The overall pattern over Europe consists of a very deep trough over the North Atlantic, with an associated deep surface low. To the east, an upper-level ridge is expanding across Europe. The severe wind field is developed around the surface low. The system is the strongest today and is expected to gradually weaken while moving east tonight and tomorrow. 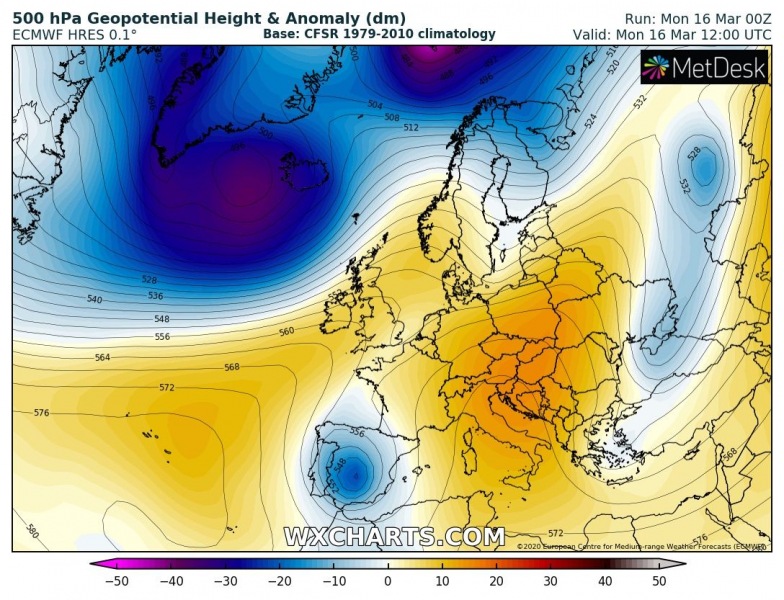 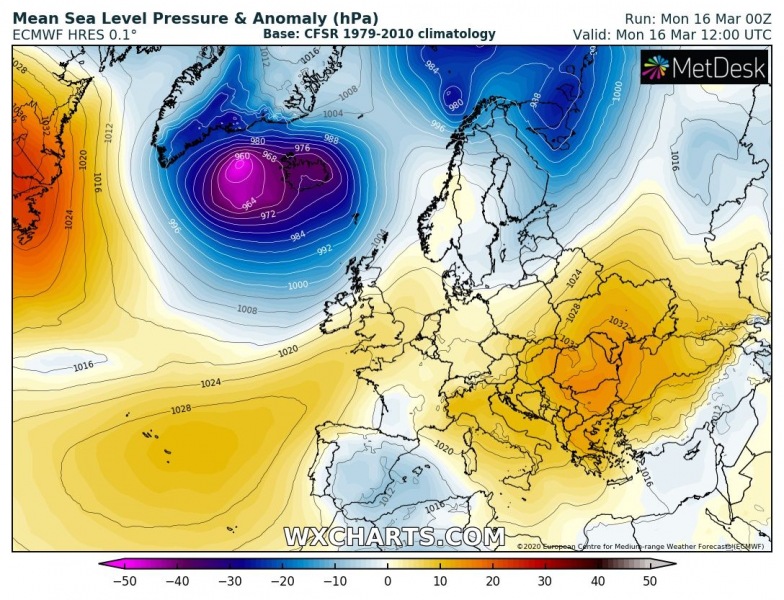 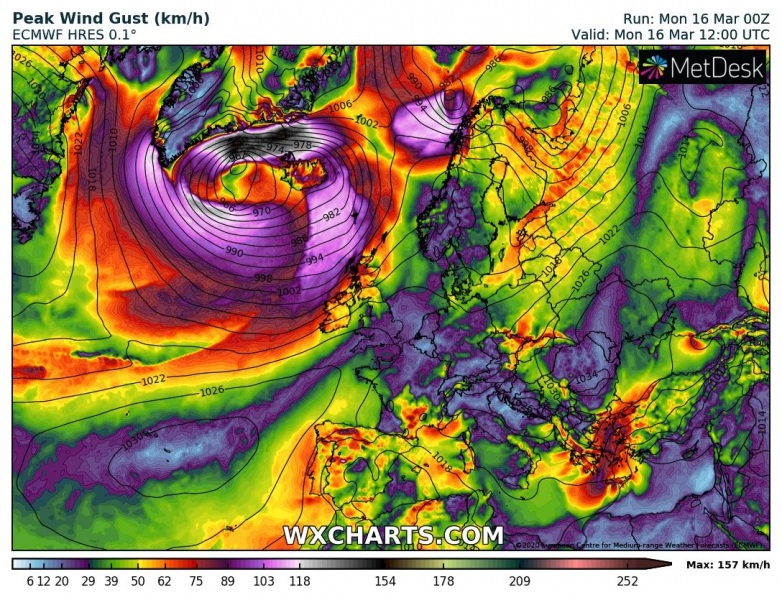 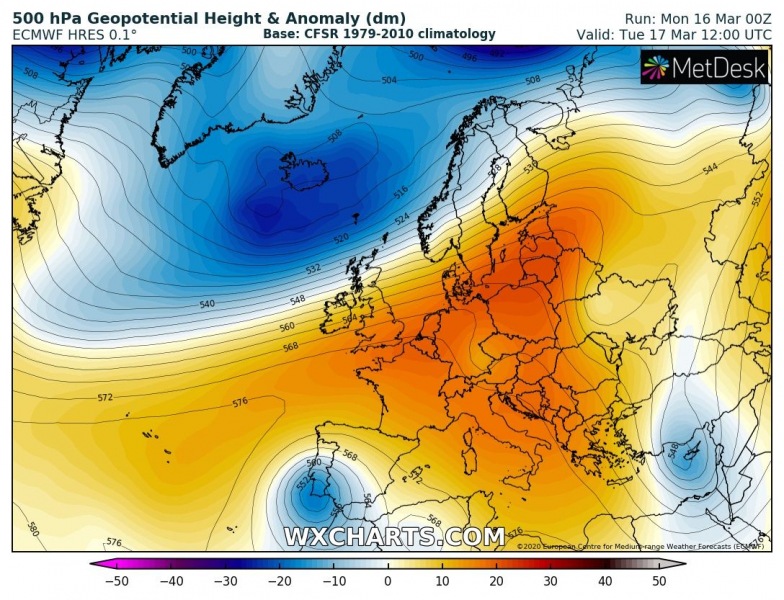 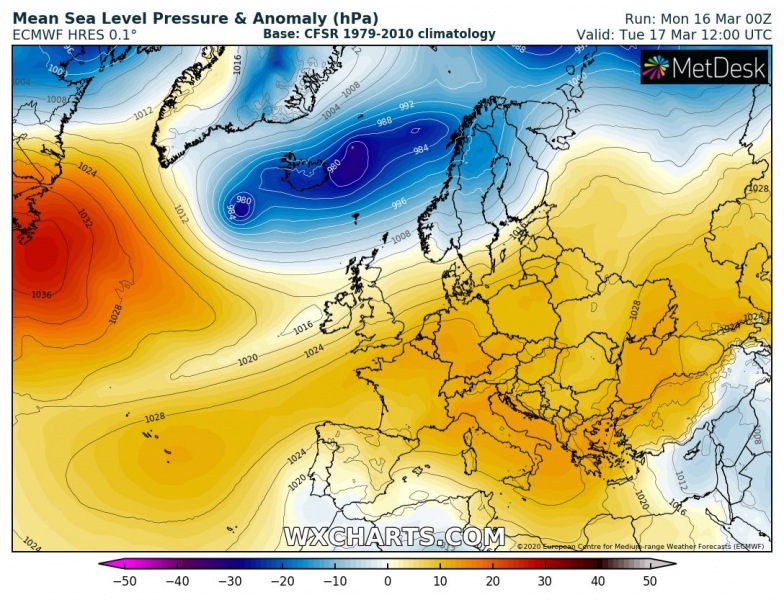 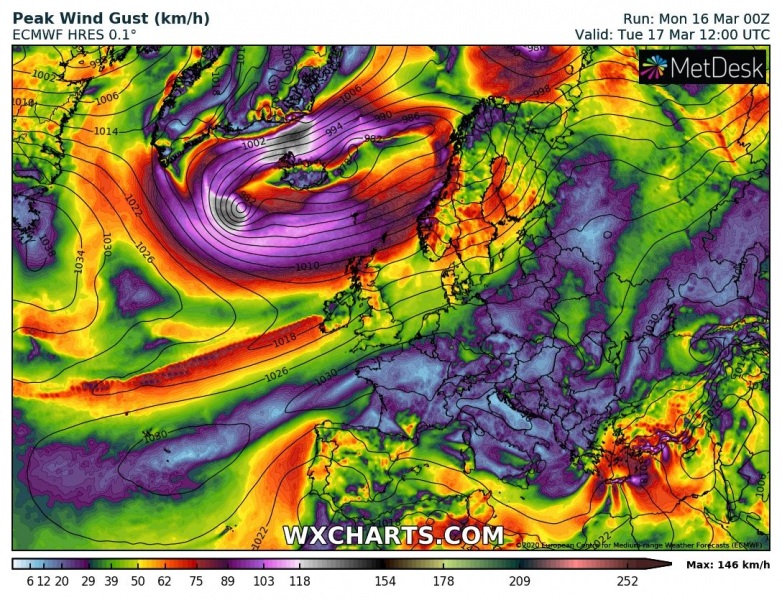 Here is the 12-hour sequence of the system’s wind field progression until Wednesday. It will be gradually moving east while also weakening. But its wind field is huge, so it will be producing severe winds and high waves today and tomorrow over a broad area. The most intense between Iceland and Greenland where the strongest pressure gradient is expected. 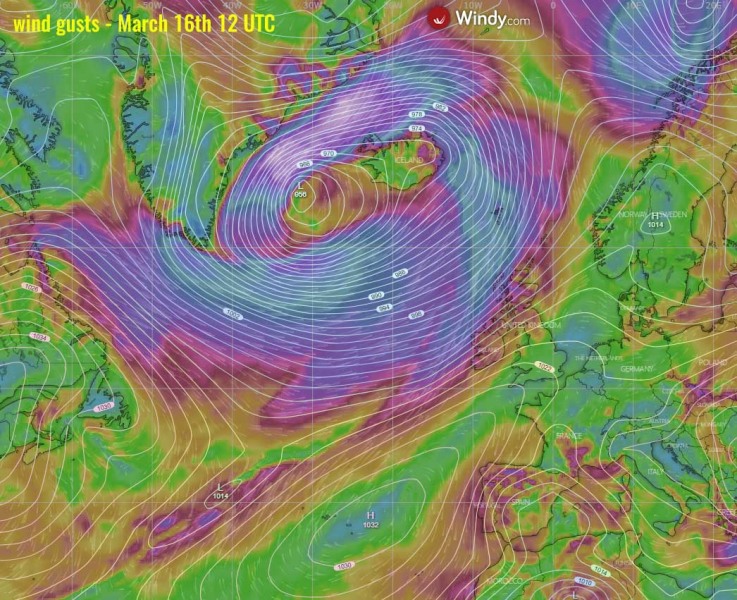 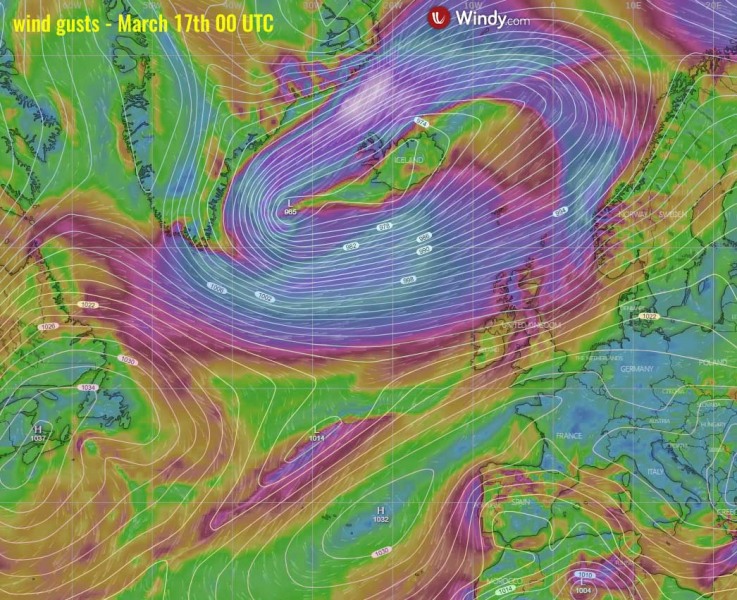 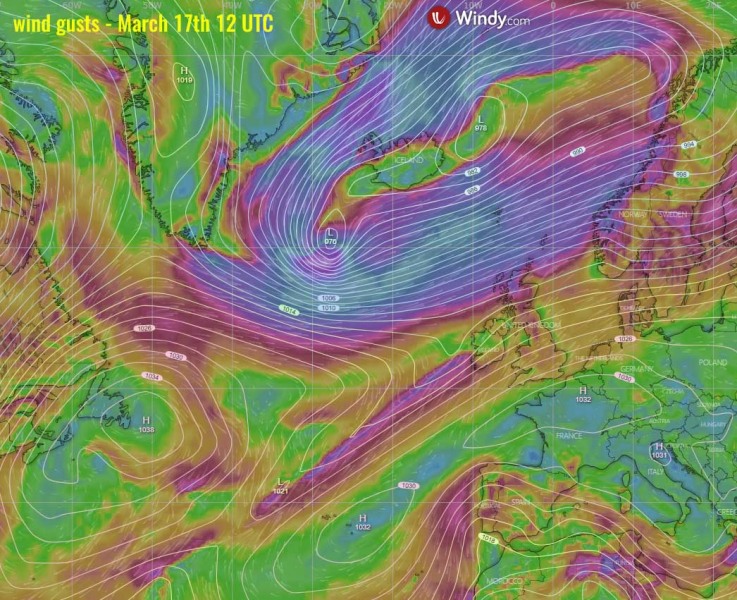 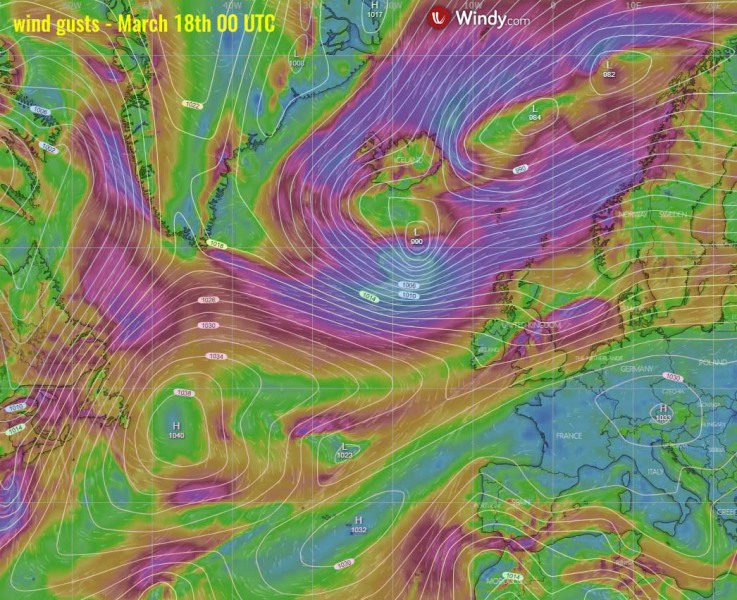 We will continue monitoring the system’s eastward progression and will keep you updated – stay tuned.

Another very large cyclone will dominate North Atlantic on Monday, pushing broad severe winds and high waves towards the UK and Faroe Islands