As discussed yesterday, a very deep trough ejected from the Arctic region into the Labrador Sea, developing an intense bomb surface cyclone. Satellite imagery was very impressive while today even more remarkable satellite presentation is visible on all satellite channels. Cyclone is now beginning its gradual weakening trend, but remain a very powerful and large system. 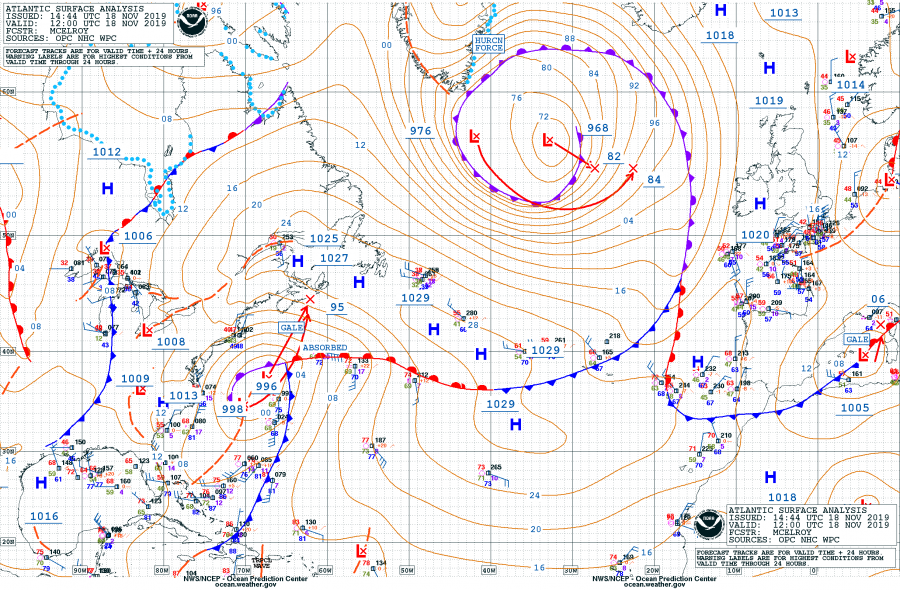 Quite exceptional satellite presentation today, revealing a very large cyclone with occluded front rounding the cyclone’s center. The main warm / cold fronts are expanding from S Greenland across Iceland and curving south-southwest towards the Azores. Notice still several small-scale cyclones within the core on the main one! 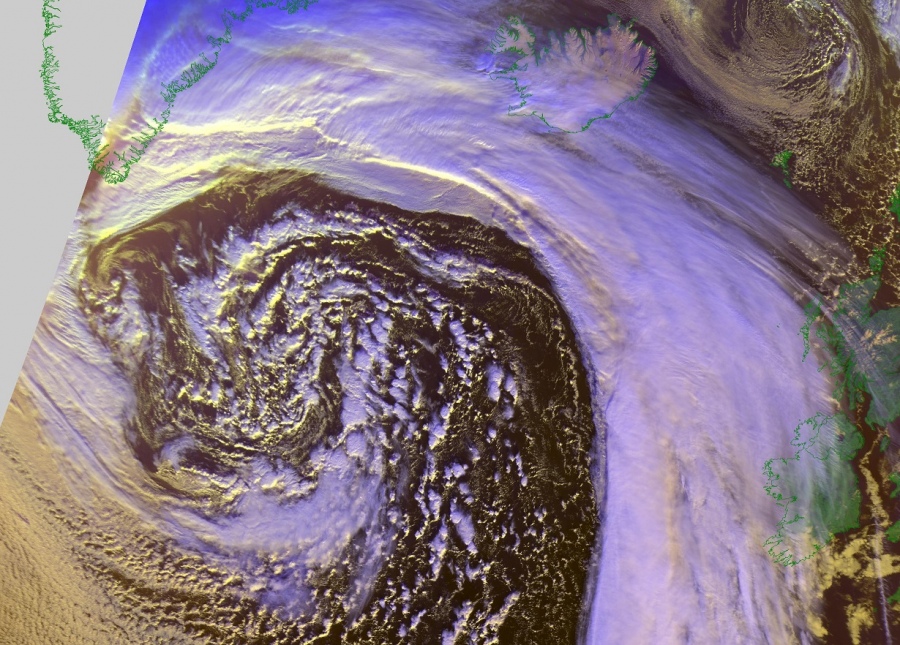 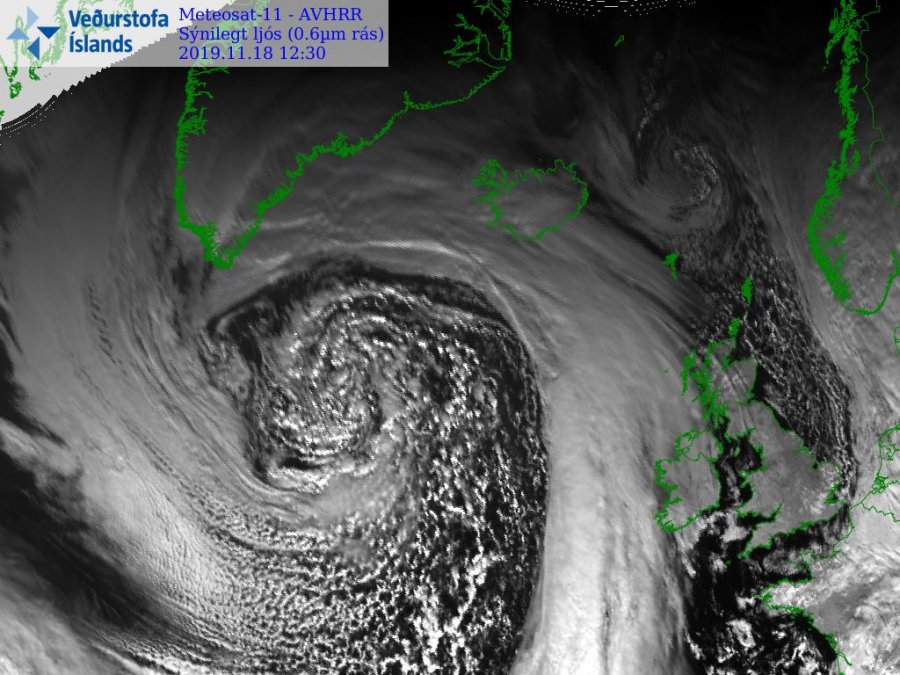 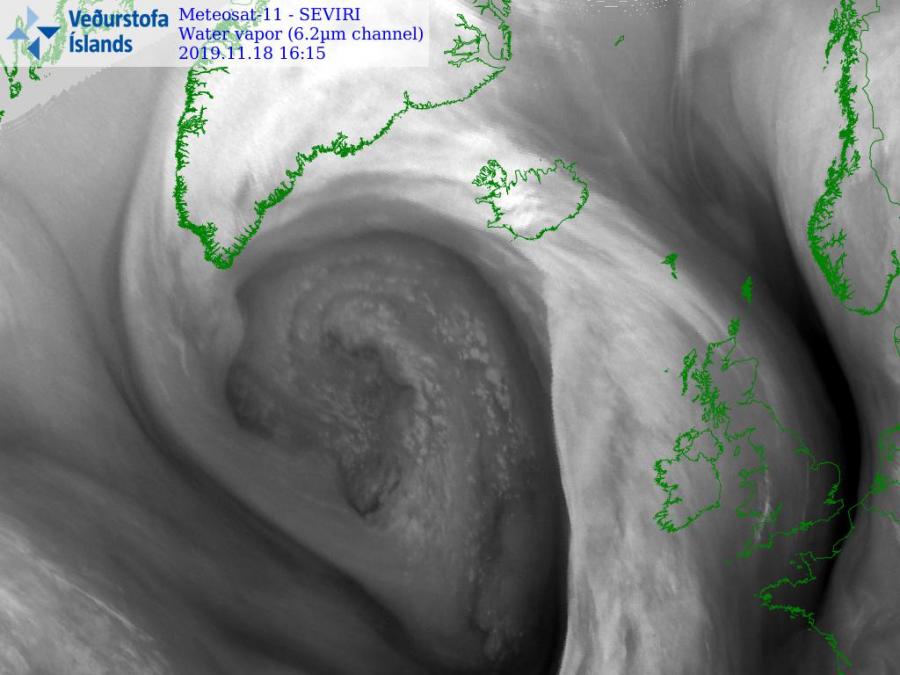 Here is a zoomed satellite image of cyclone’s core where we can see widespread maritime airmass producing shallow convection with numerous showers along the occluded front and within the core. 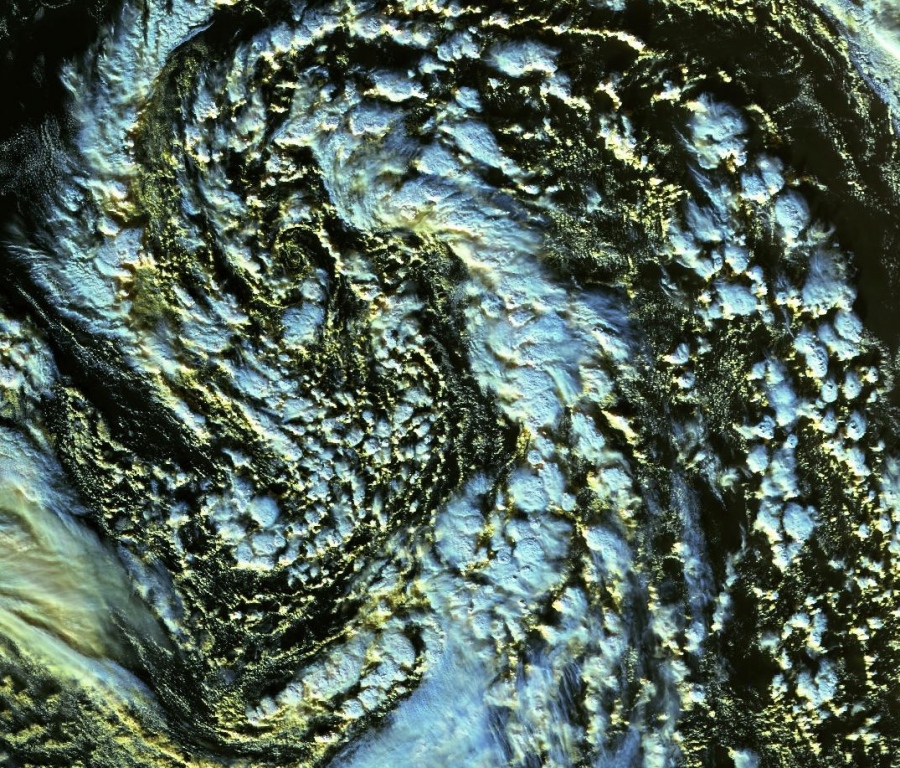 Simulated peak wind gusts by GFS model suggest winds will remain extremely severe through the evening hours and tonight, while they gradually should become weaker with time by tomorrow morning. But the overall wind field will remain large. 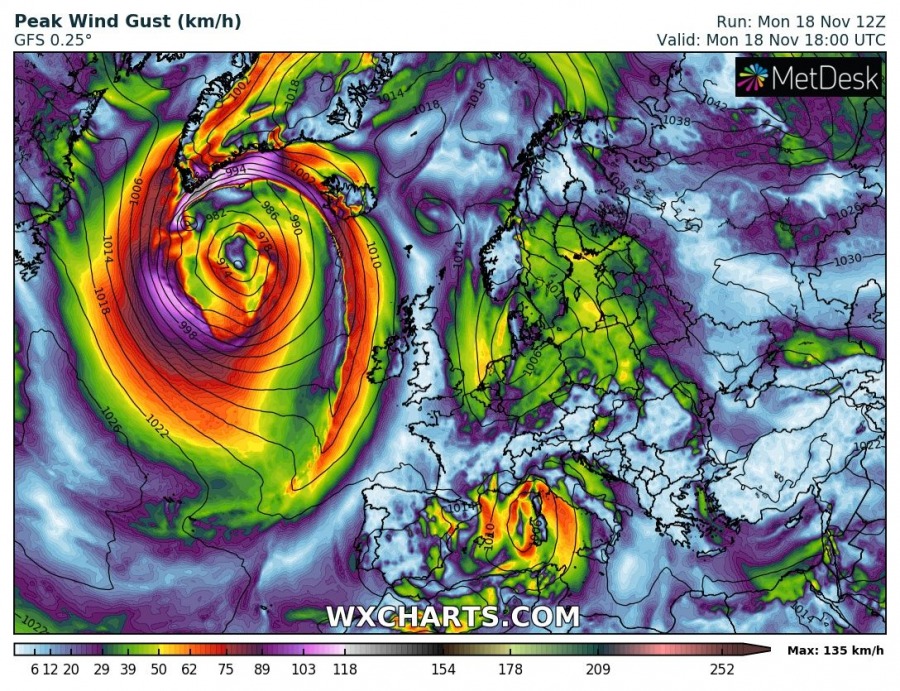 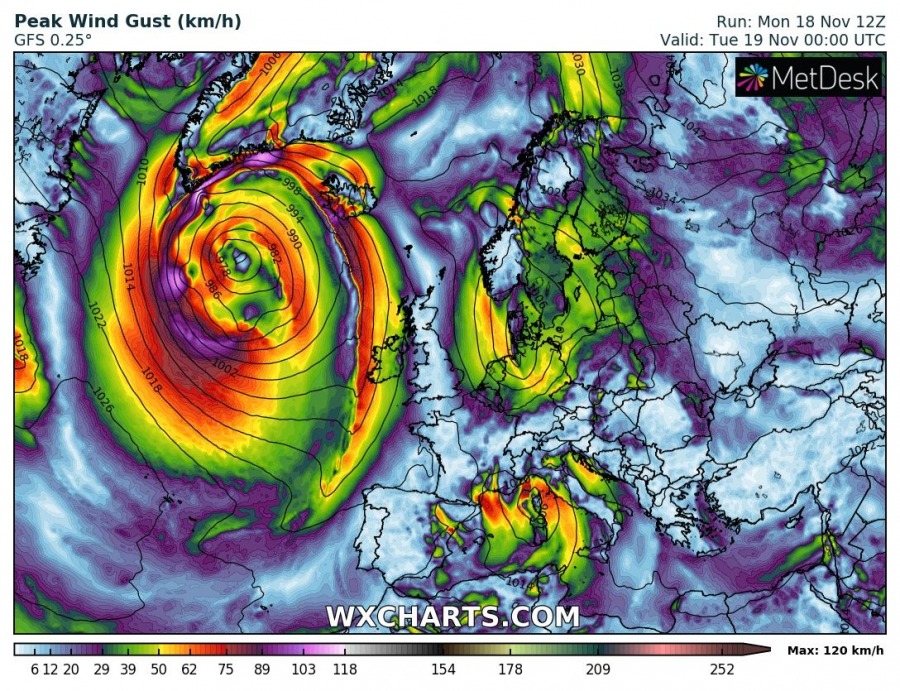 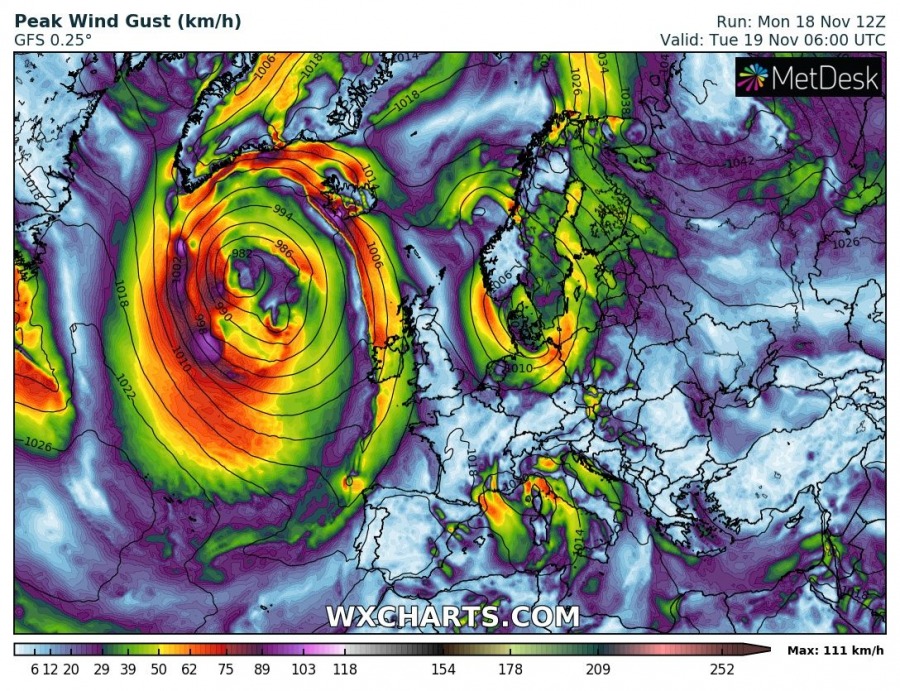 GFS model guidance for the cyclone’s track in the coming days suggest the system will continue moving southeast across the North Atlantic and approach Ireland by Thursday. Cyclone will be weakening with time but will remain a large cyclone, likely developing huge swell towards the Isles. 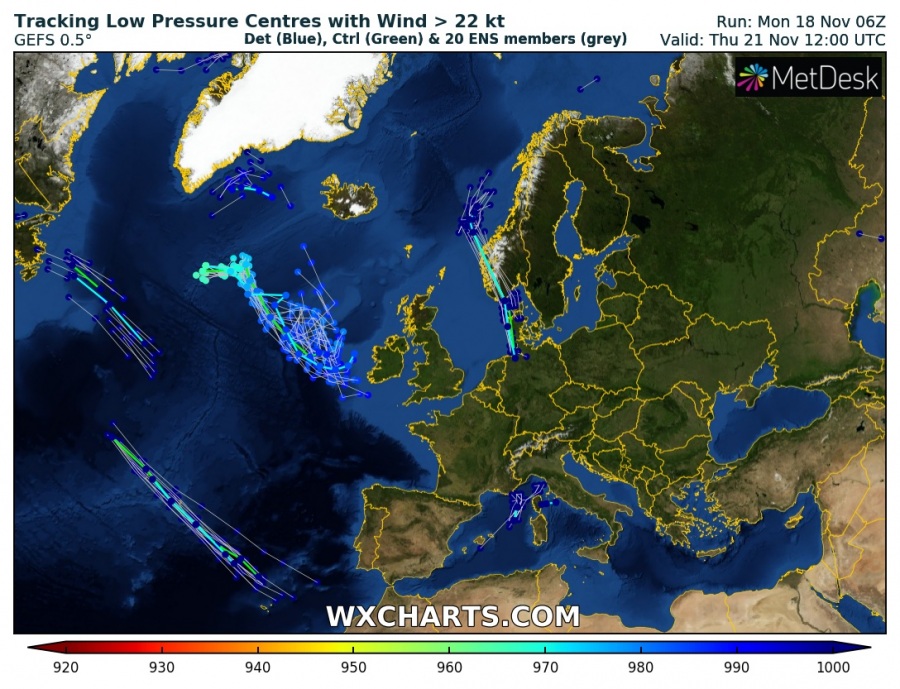 We are expecting large swell pushed towards Ireland through the coming days – stay tuned for updates soon!