The decaying stage of a large deep trough over SW Europe, which resulted in persisting rainy pattern over the northern Mediterranean will bring additional rainfall into north Italy and indeed more snow in part of the Alps. Locally more than 200 mm if rainfall in again possible through Wednesday morning, Nov 20th.

The 500 mbar chart reveals the trough over SW Europe is collapsing, with its core centered over the central Mediterranean on Tuesday. Strong southerly winds maintain on its eastern flank, advecting more moisture and warm airmass into N Italy and the Alps. 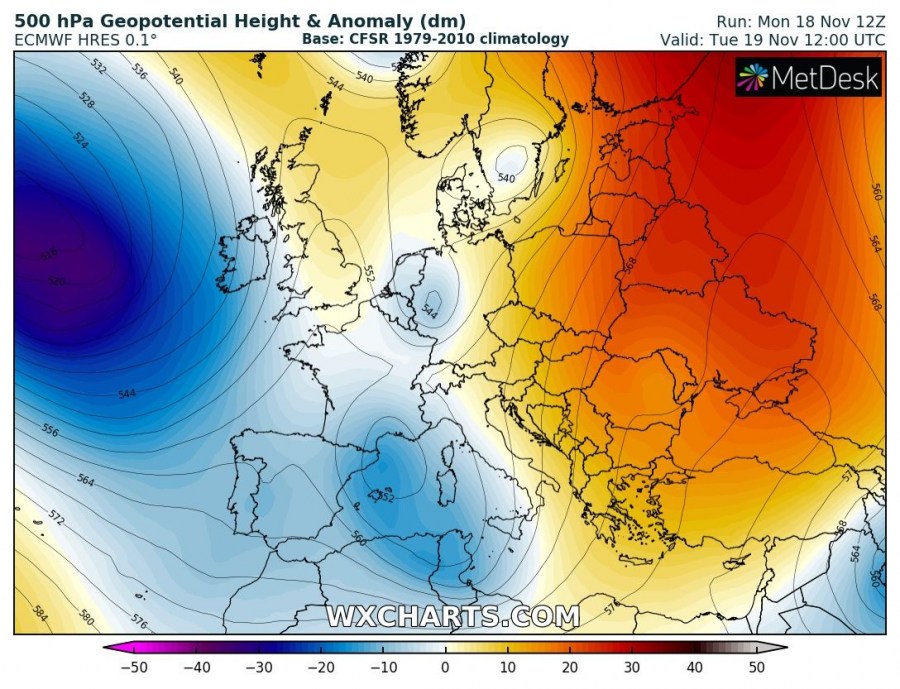 Models are in a good agreement 150 to more than 200 mm of rainfall is possible through the next 48 hours, likely additionally enhancing flooding threat along the northern Apennines and the Southern Alps. While most of the precipitation will be orographically induced this time, some convective storms / lines are possible from the Ligurian and Adriatic sea northwards. Some of these areas are approaching 700-1000 mm of total rainfall this month, way above the normal for November. 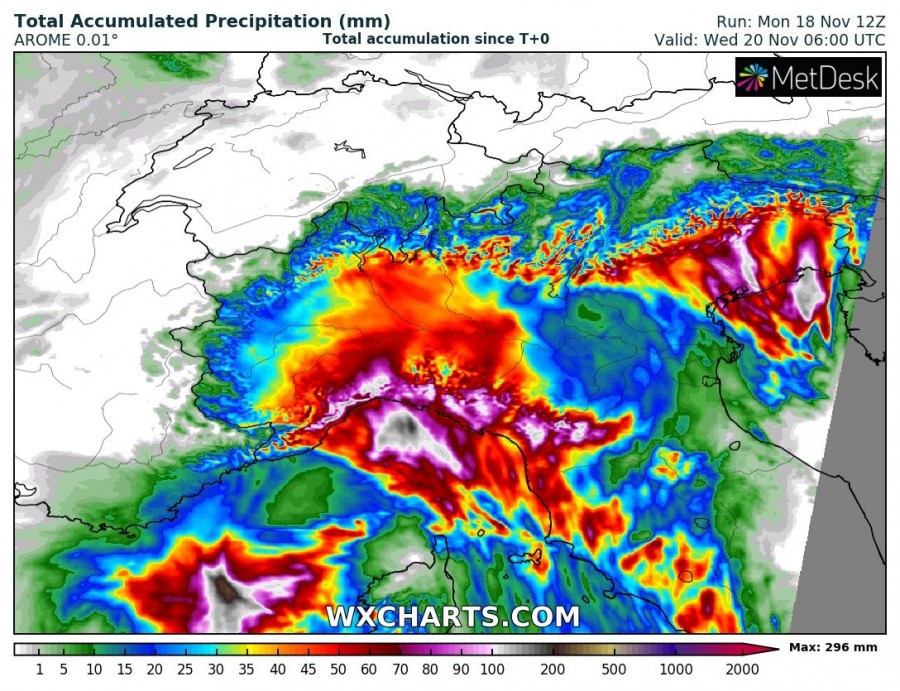 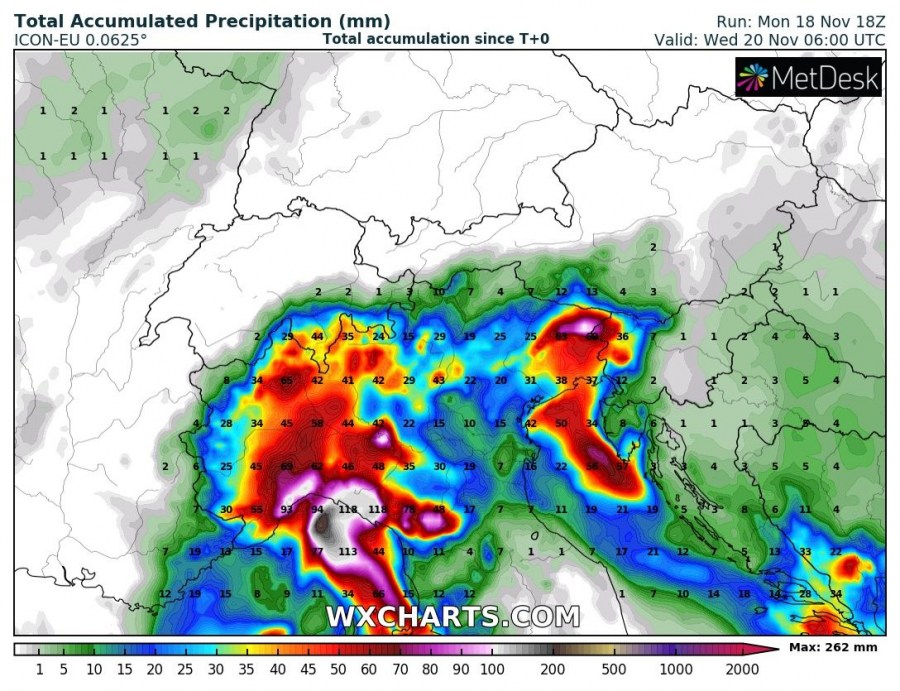 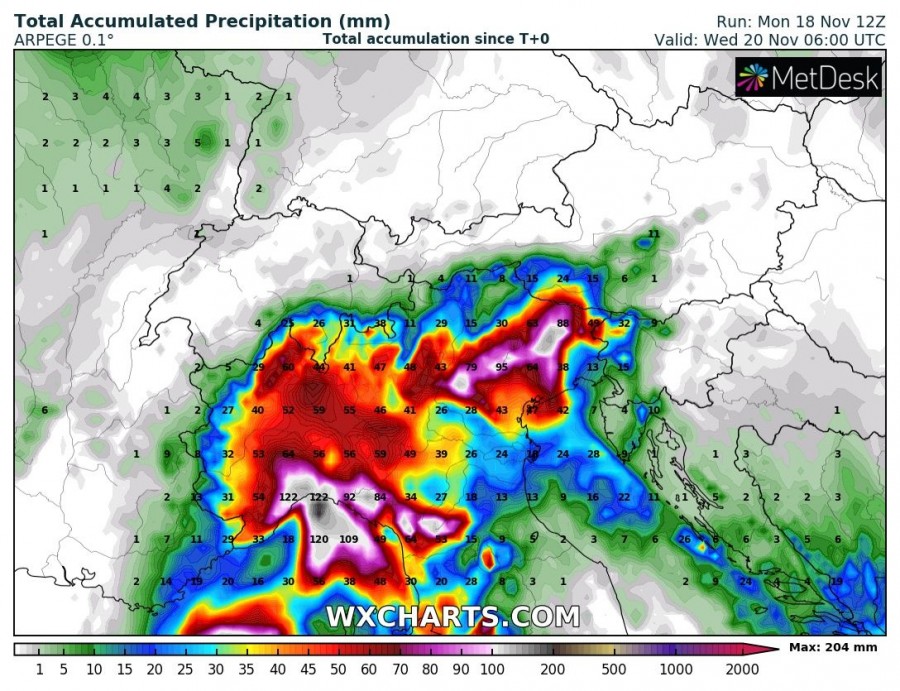 Higher in the mountains, additional snowfall is indeed expected. Models are hinting the potential for around 50-75 cm of snow over already high snow depth locally (250-300 cm has been reported) which will significantly enhance avalanche threat as well. 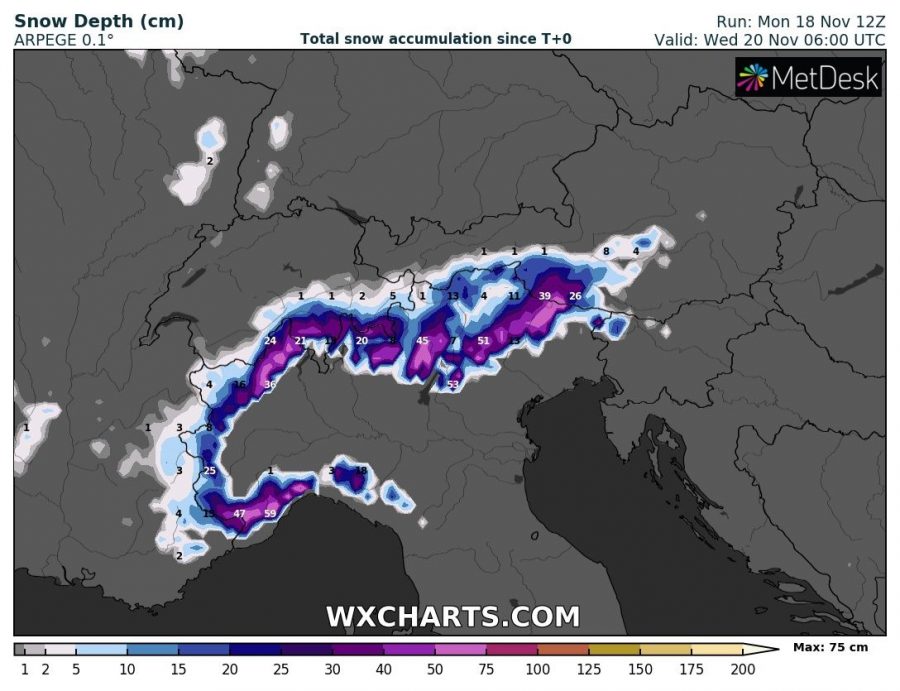 It looks like this pattern will vanish through mid this week and much less precipitation are expected later this week as ridging seems to be developing with warmer weather and at least some dry period until the weekend. Stay alert for dangerous floods until Wednesday, however!