Models are still on track for major torrential rainfall across the northern Adriatic region. Intense convective rainfall will be enhanced by strong orographic forcing along the southern flanks of the Alps in NE Italy and W Slovenia and western flanks of the Dinarides in NW Croatia. Rainfall totals will likely exceed 150-200 mm in a number of locations, possibly reaching as high as 300 mm.

Strong instability will build up across the northern Adriatic, the plains of NE Italy and along the coastal area in Slovenia and NW Croatia. MLCAPE in excess of 3000 J/kg, with peak values up to 4500 J/kg is expected. 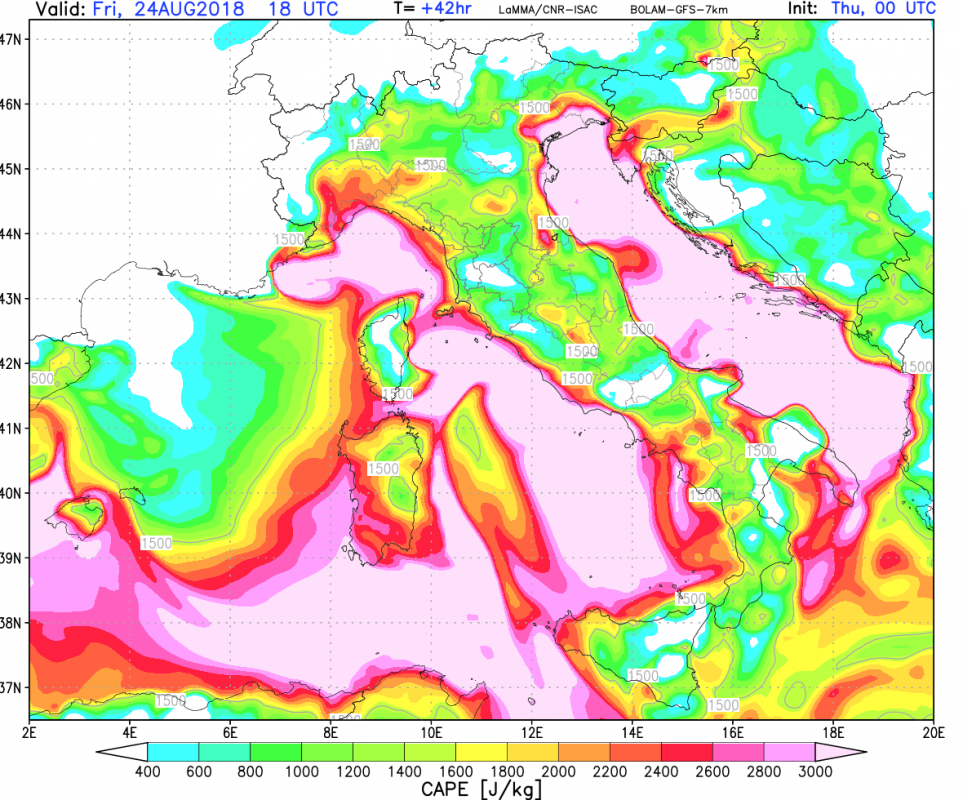 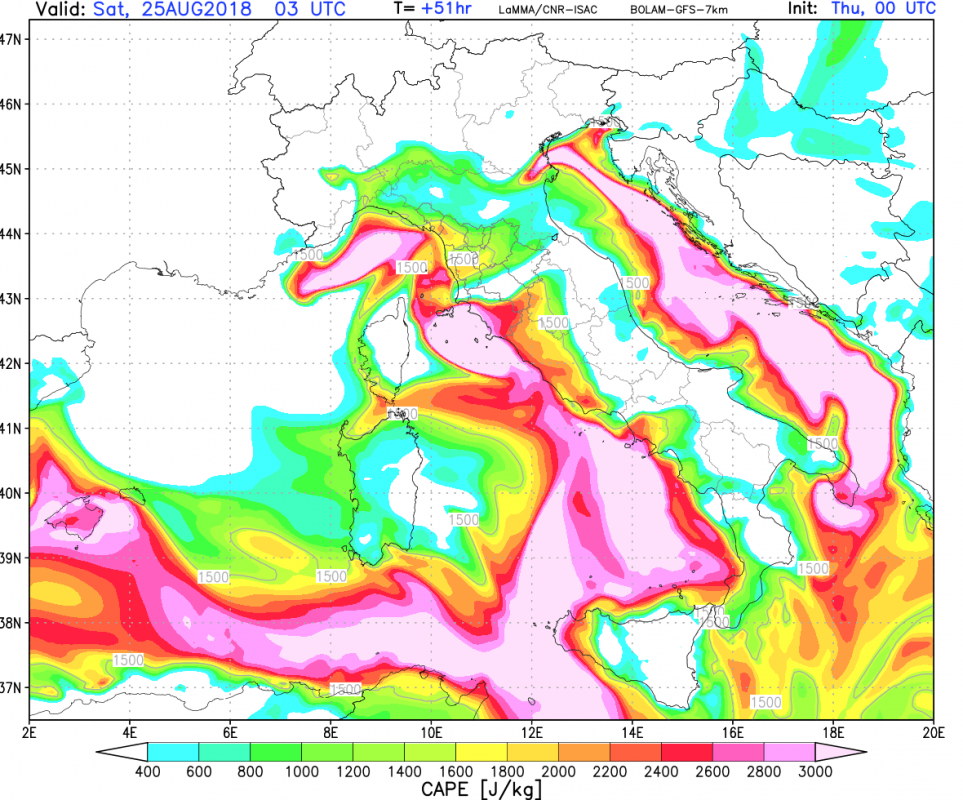 Very high amounts of rain are expected along the southern flank of the Alps in NE Italy and NW-W Slovenia where training storm cells are expected to produce prolonged periods of torrential rainfall. Additionally, high cumulatives are expected in parts of Istra and Kvarner in NW Croatia. Models are also hinting at slowly moving squall lines across the region; such patterns will produce excessive rainfall over some regions. 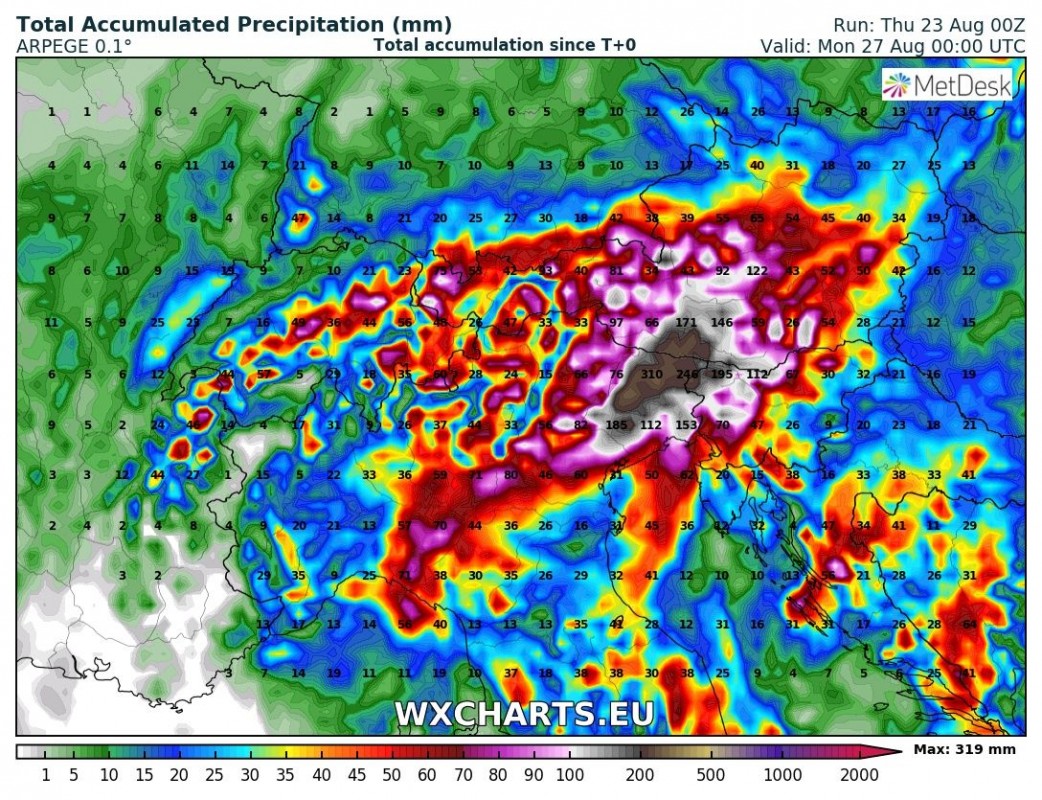 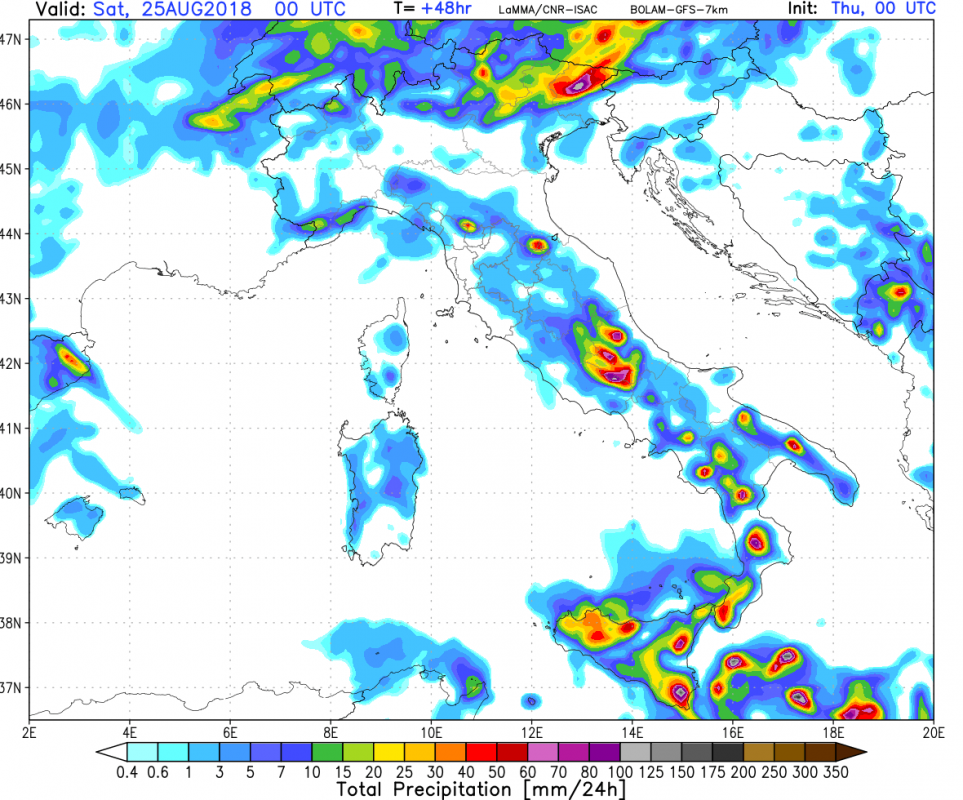 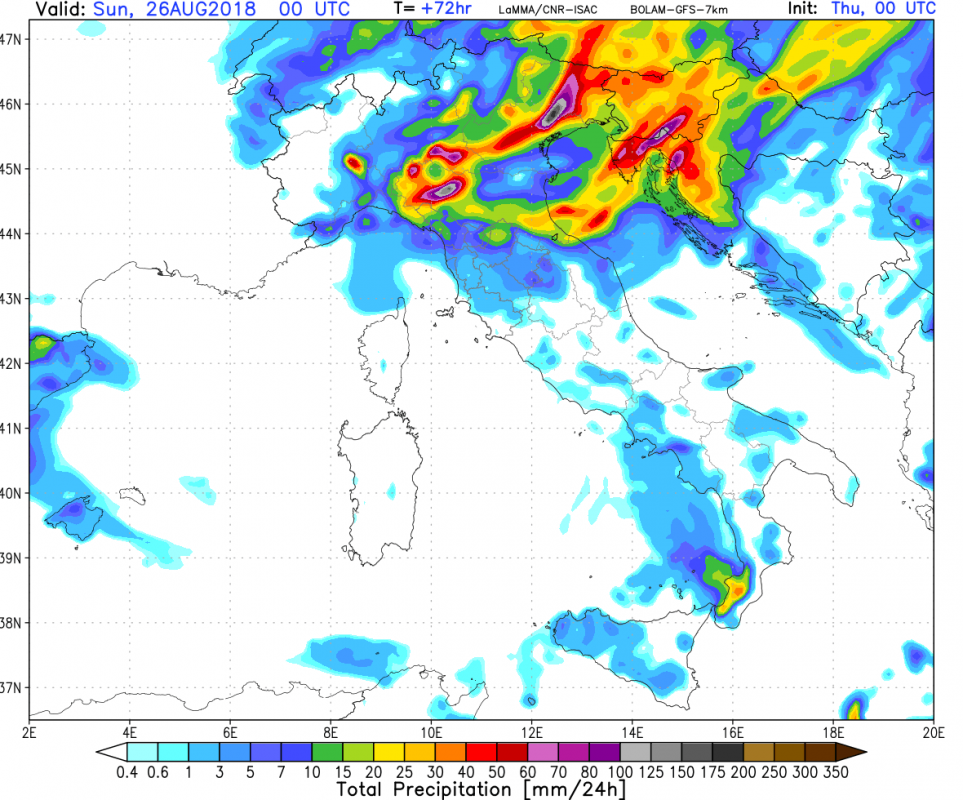 Strong to extreme instability will be supportive for severe thunderstorms. Storm mode and severity will depend on deep-layer shear. Current model guidance indicates up to only 10-20 kt DLS on Friday, rapidly increasing with the progressing trough and jetstreak to about 40-45 kt by mid-Saturday. Depending on the location of the surface front and potential pre-frontal initiation, severe thunderstorms may affect any part of the northern Adriatic region. Multicells and supercells are expected, with potential for torrential rainfall, locally severe straight line winds and large hail. A tornado is also possible: models are hinting at the development of a strong surface low over the northern Adriatic and a strong southerly low level jet. 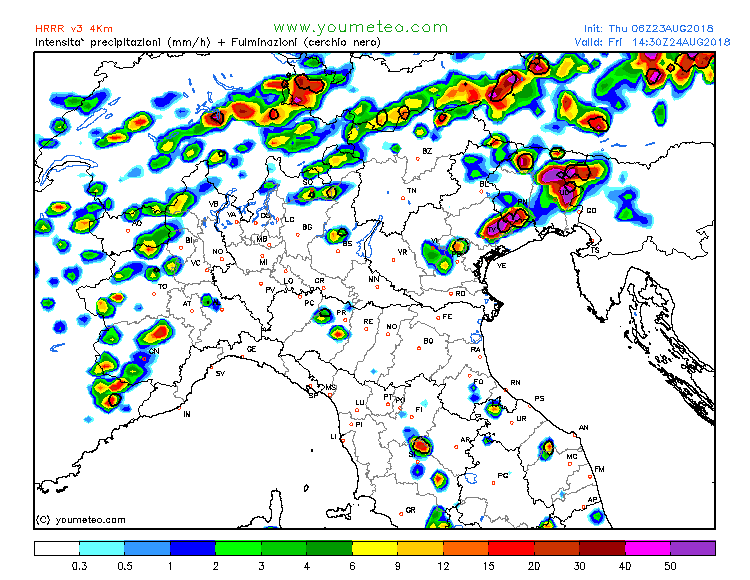 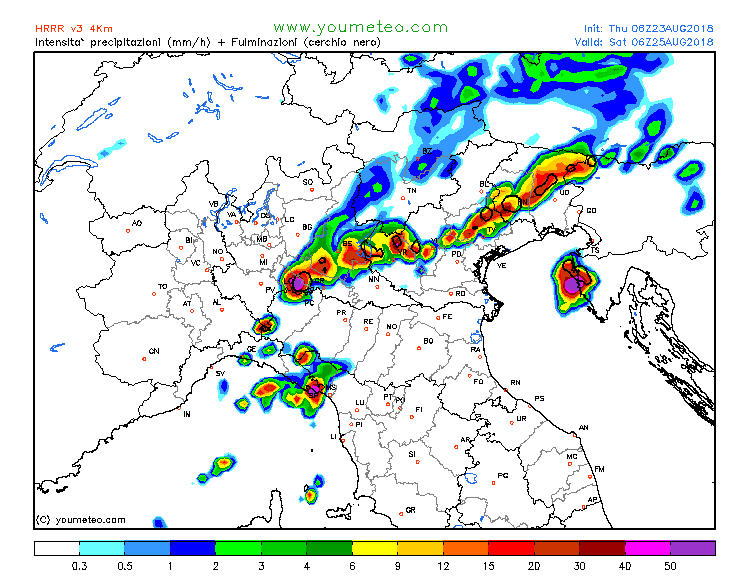 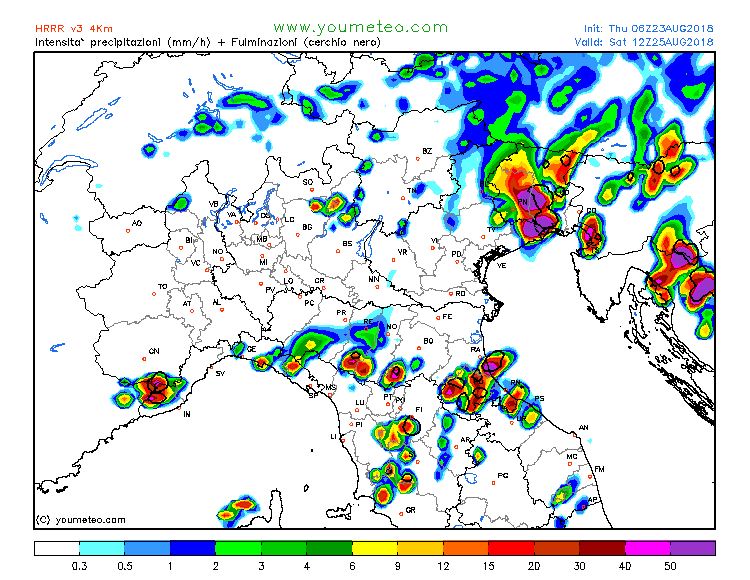 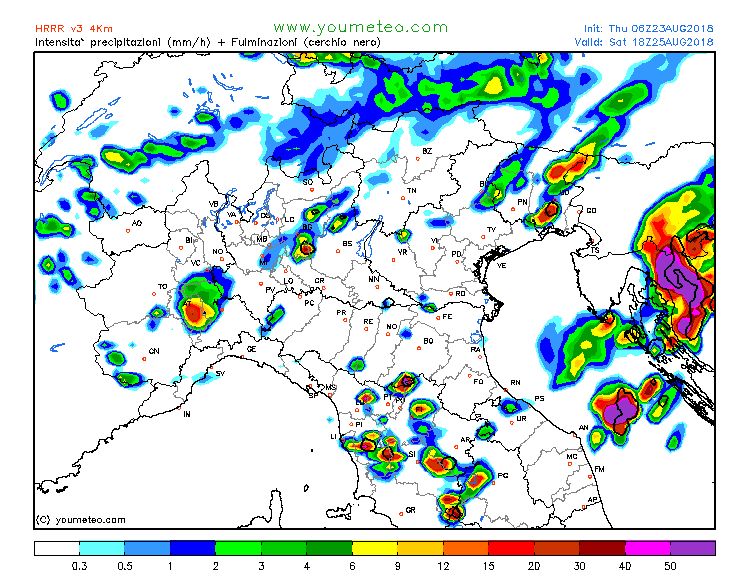