Here is a quick update – the explosive cyclogenesis is underway over the North Atlantic. A rapidly developing extra-tropical cyclone is looking more impressive on the satellite, gradually developing hurricane-force winds around its core. With the pressure drop of around 35 mbar during the past 24 hours, the system is classified as a ‘bomb cyclone’. Its future impact remains on track with the previous discussion, it will push violent windstorm between Iceland and Faroes, but also severe to extremely severe winds over broader area.

Friday’s *update* on the windstorm arriving into UK and Ireland tonight and Saturday morning, Feb 21-22nd

Here are the minimum pressure estimates (by NOAA OPC forecasters) in the center since cyclone’s birth on Feb 17th; the pressure was analyzed at 972 mbar at 06 UTC today, Wednesday, Feb 19th – this means the pressure drop during the last 24 hours was 34 mbar, well beyond the threshold for a ‘bomb cyclone’ classification. 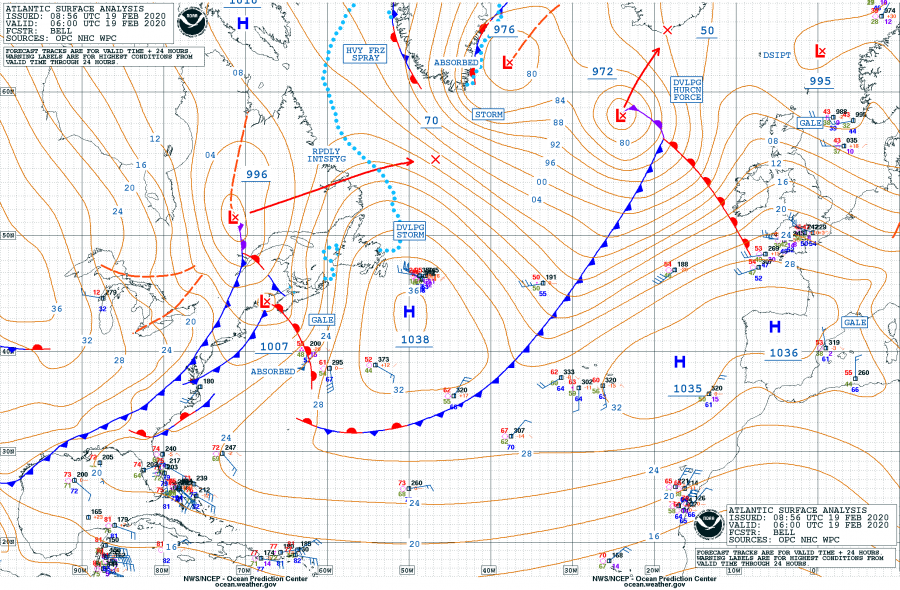 Satellite presentation is becoming impressive, revealing a textbook explosive development of a large North Atlantic cyclone, with a pronounced frontal system and huge cold maritime airmass advection behind it. A powerful dry conveyor belt is starting to wrap around the cyclone’s core – a sign that a very significant strengthening is underway! Attached are images in Infrared, Water Vapor and Airmass channels: 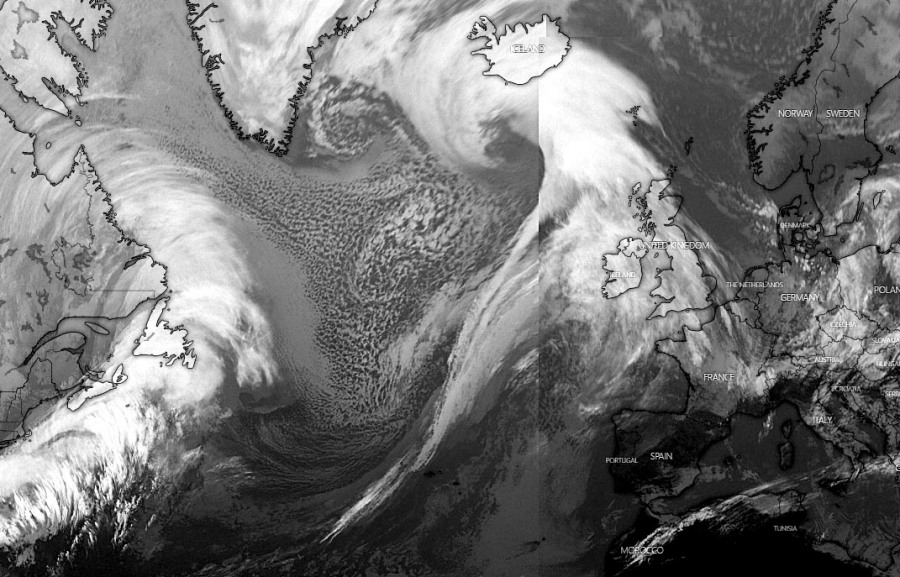 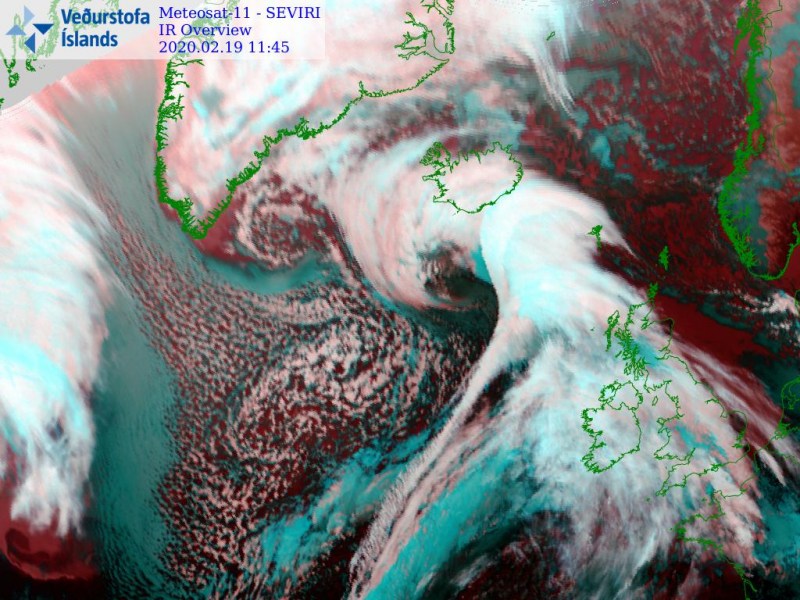 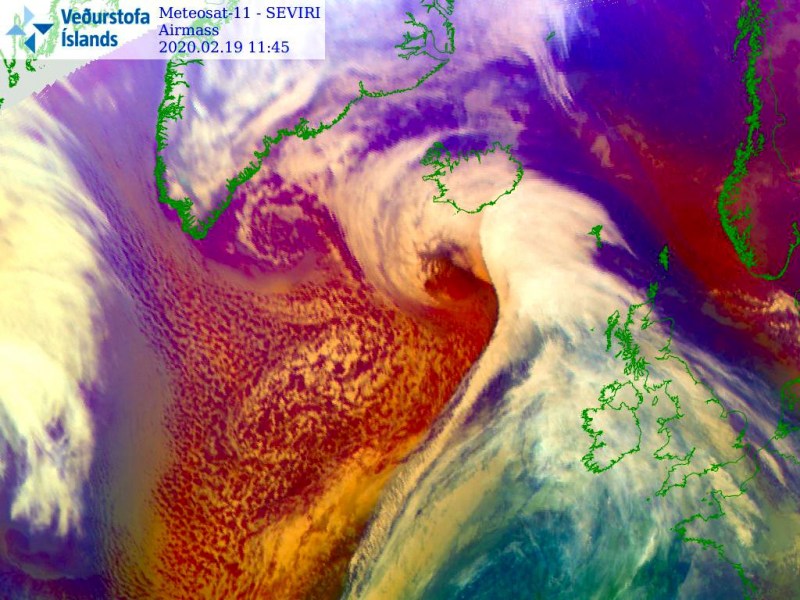 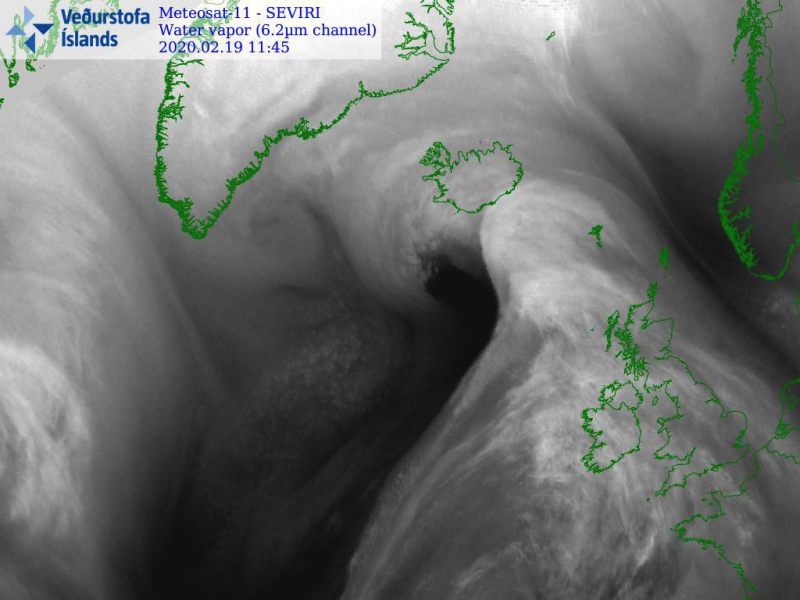 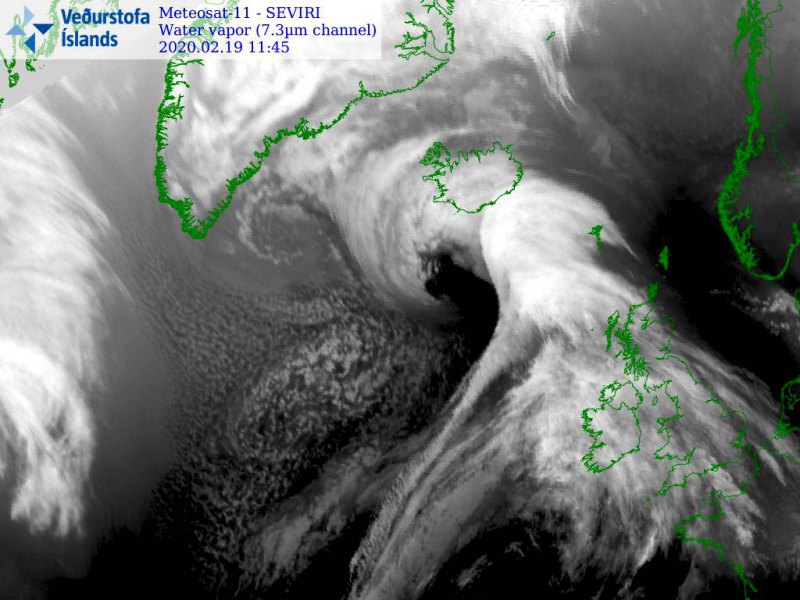 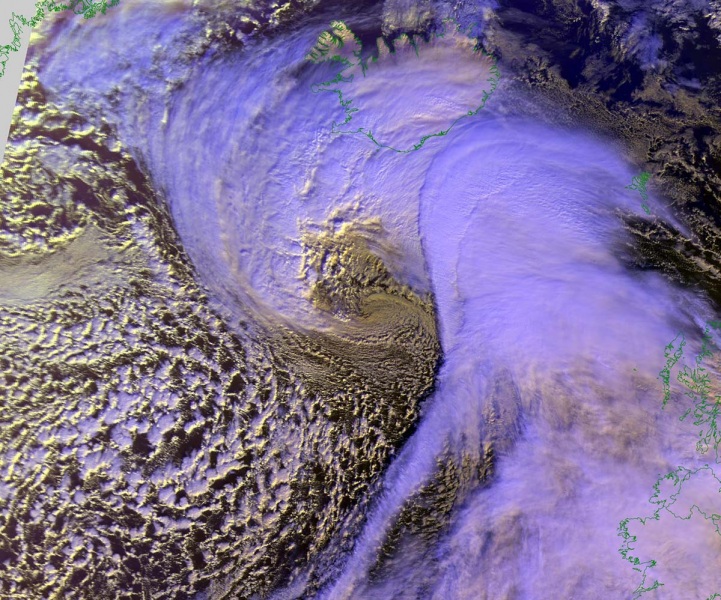 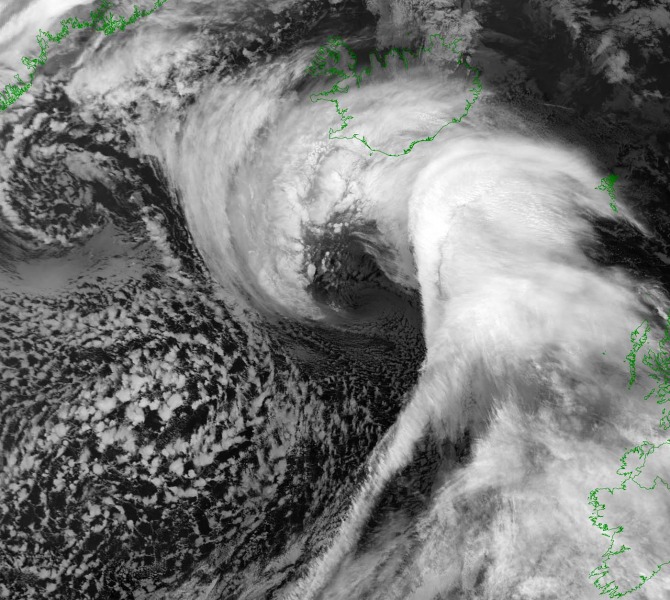 Major to significant wave heights are developing with the system, gradually spreading across the North Atlantic. Waves will be affecting Iceland and Faroe Islands the most tonight, but also spreading towards the UK and Ireland tomorrow, on Thursday, Feb 20th. 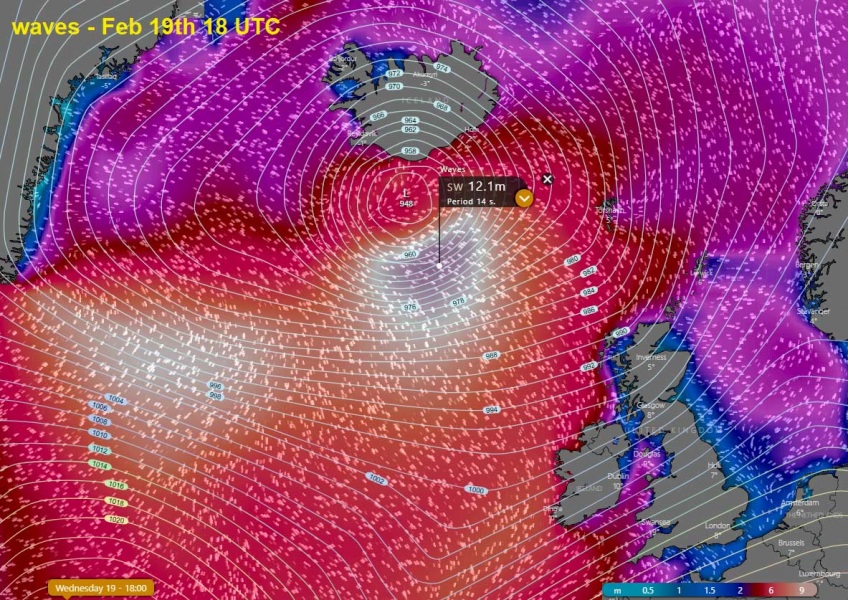 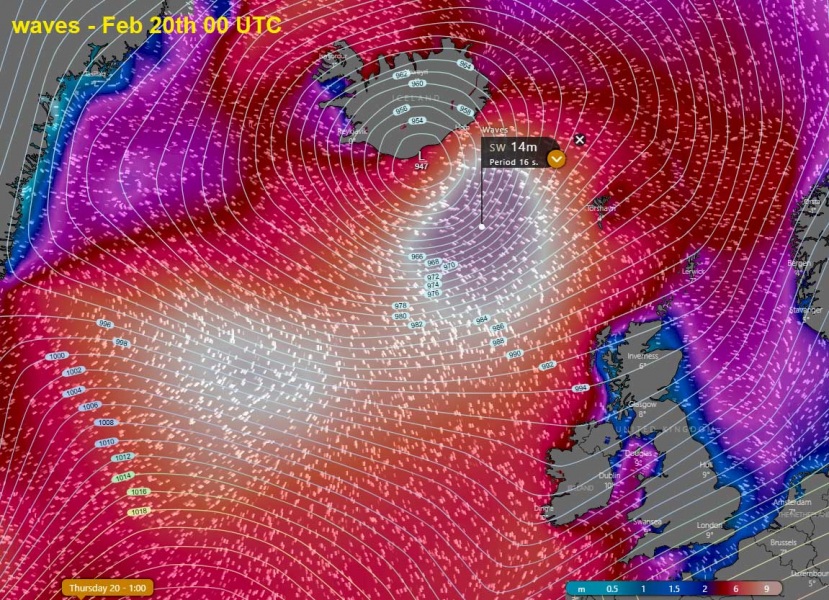 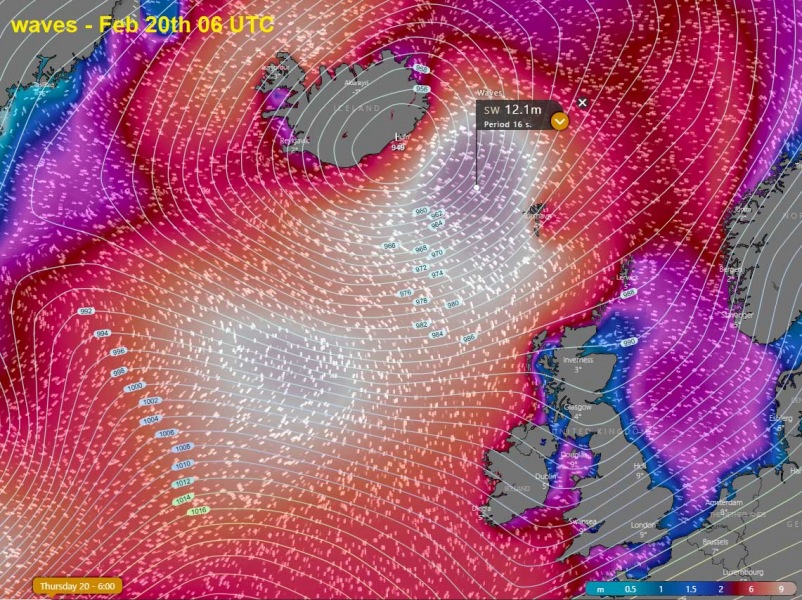 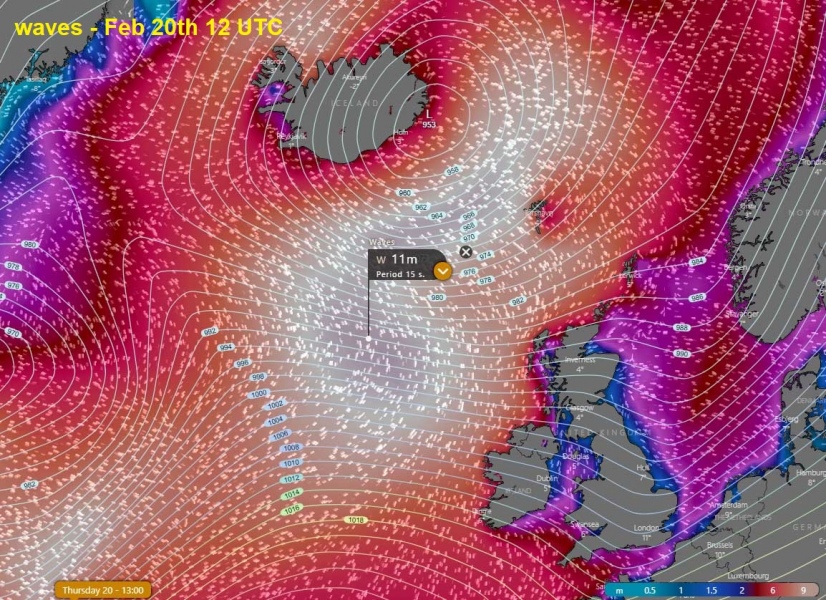 Stay tuned for further updates tonight, we are closely monitoring the system’s evolution.

Dennis will be followed by another intense North Atlantic storm tomorrow – A bombogenesis phase is emerging, should deepen for another 40 mbar