Satellite and surface analysis indicate a broad and powerful zonal westerly flow is established over the North Atlantic. Placed between a large low-pressure system on the north and high-pressure system on the south, a tight pressure gradient has resulted in between. This will develop a severe windstorm and major waves, gradually spreading towards western Europe tonight into Saturday morning.

First, here is the animation of wind gusts through today into the weekend. Notice also a new potentially dangerous deep cyclone and violent winds arriving into Ireland and UK on Monday:

06 UTC analysis today, Feb 21st, revealed a very large cyclone dominating North Atlantic, with several mesovortices embedded. Placed between Iceland and Labrador sea – we can see 4 of them with central pressure between 955 and 979 mbar. A broad and intense wind field has established south of the lows, in response to the tightening pressure gradient against the building ridge and high-pressure system extending from the Azores into southwestern Europe. More than 70 mbar pressure difference is seen between the Azores and North Atlantic! 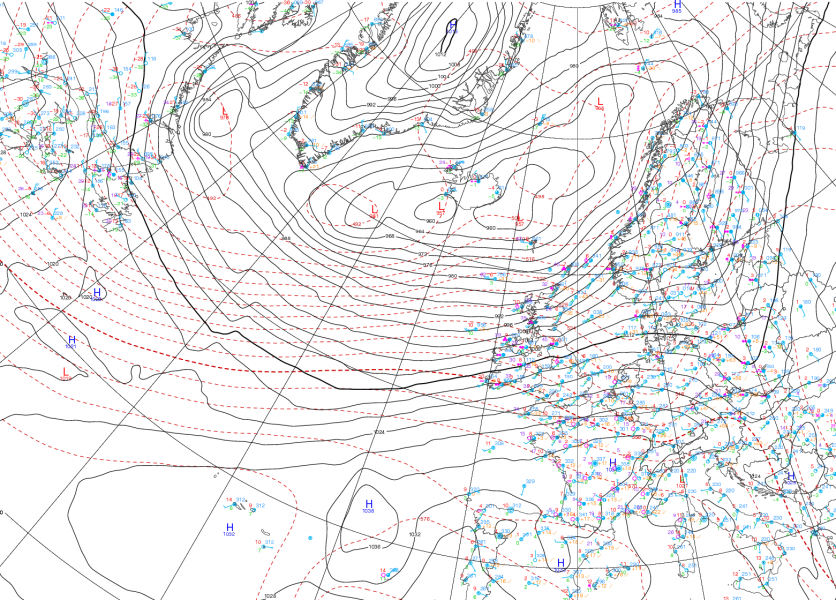 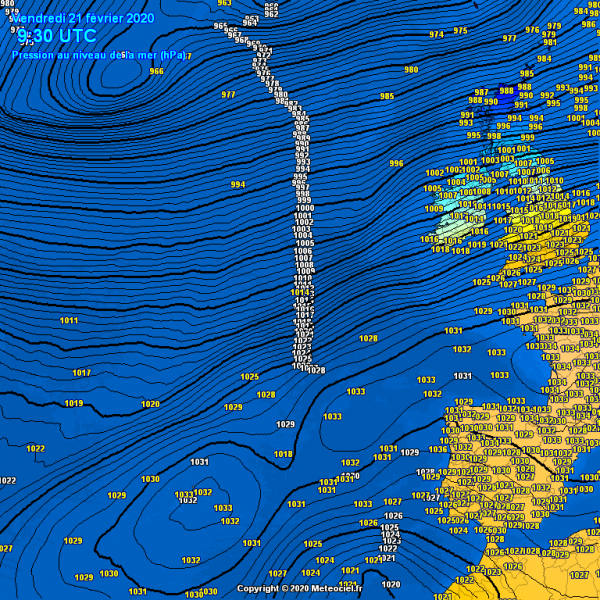 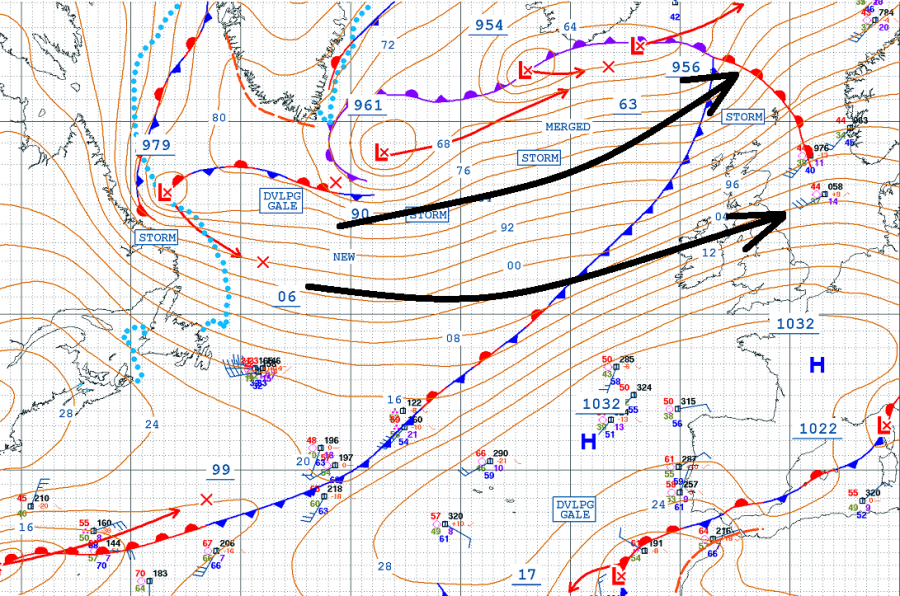 Morning satellite imagery reveal a broad maritime airmass advecting over the North Atlantic within the powerful zonal flow. Tightening pressure gradient on its western part of developing a severe windstorm, gradually moving east towards the western Europe and Scandinavia. 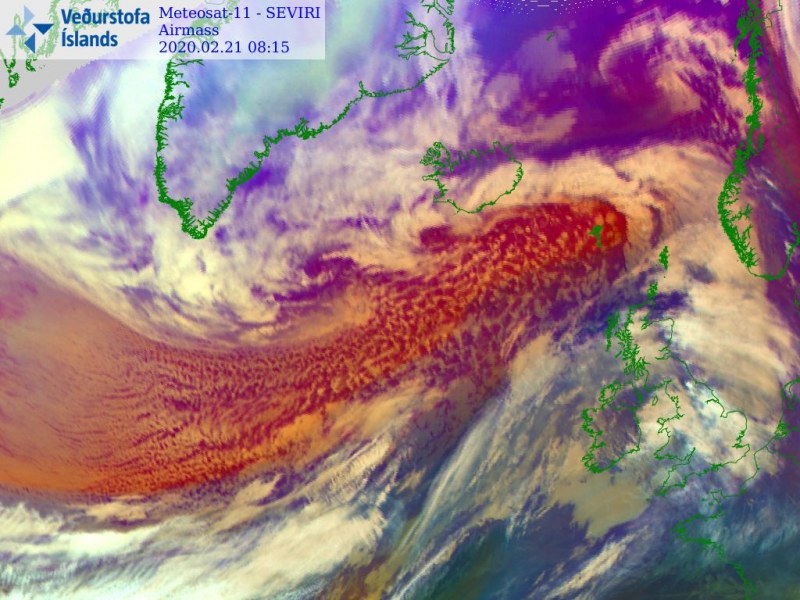 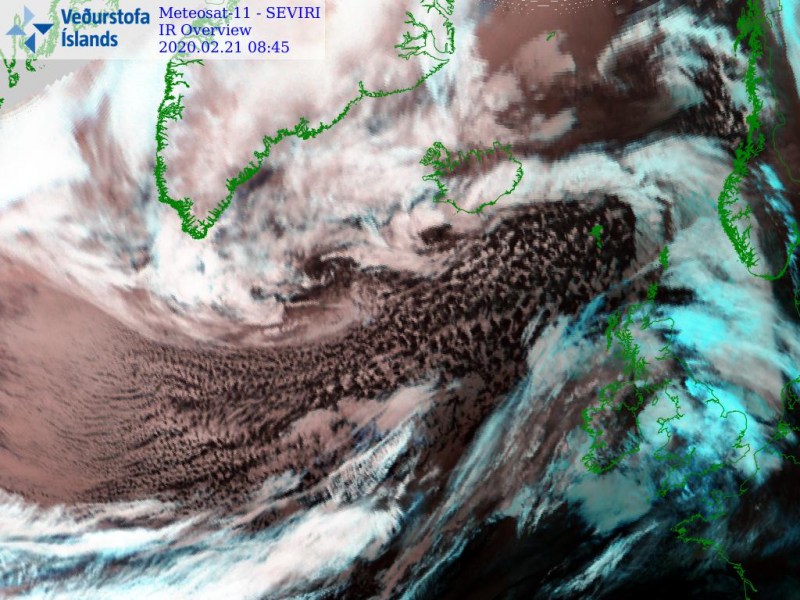 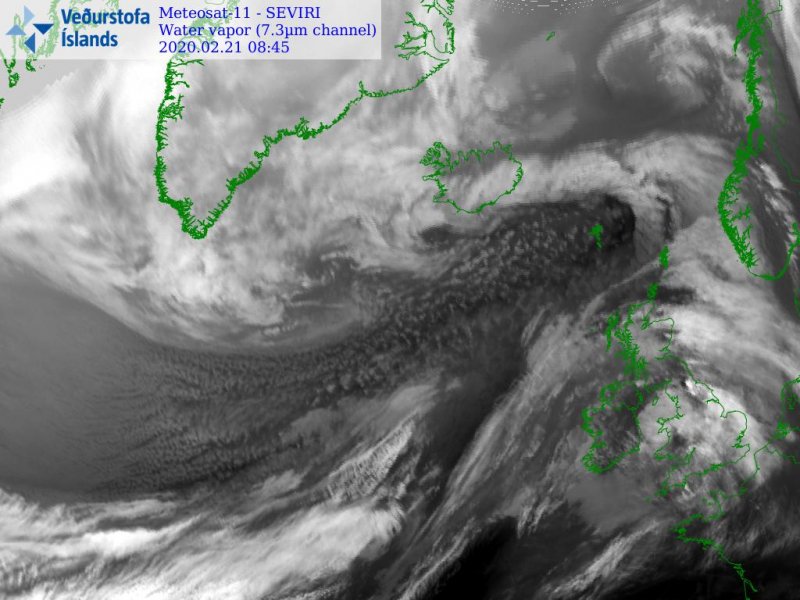 The pressure gradients are particularly strong this weekend and there is a huge contrast between low pressure system over the far North Atlantic and persistent ridge / high-pressure system further south of the Azores. The upper-level zonal flow is exceeding 200 knots! At the surface, a large cyclonic system is slowly drifting east towards the northern Europe. 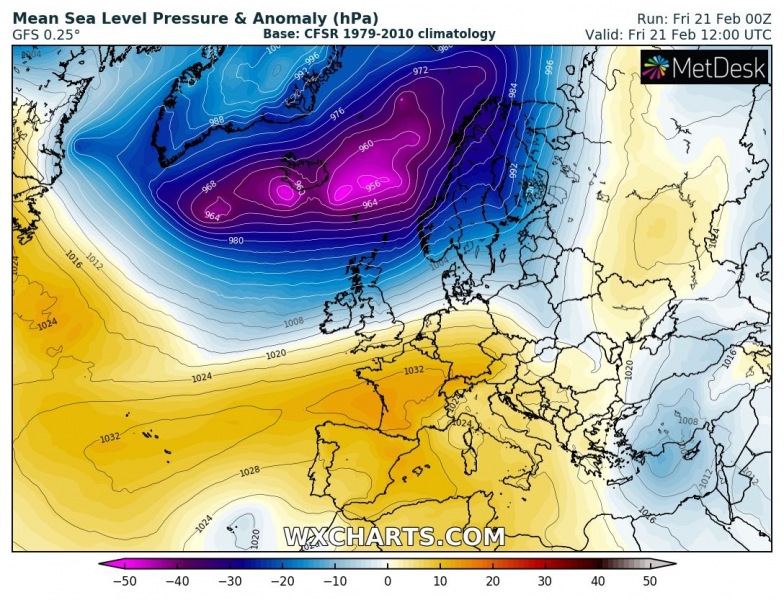 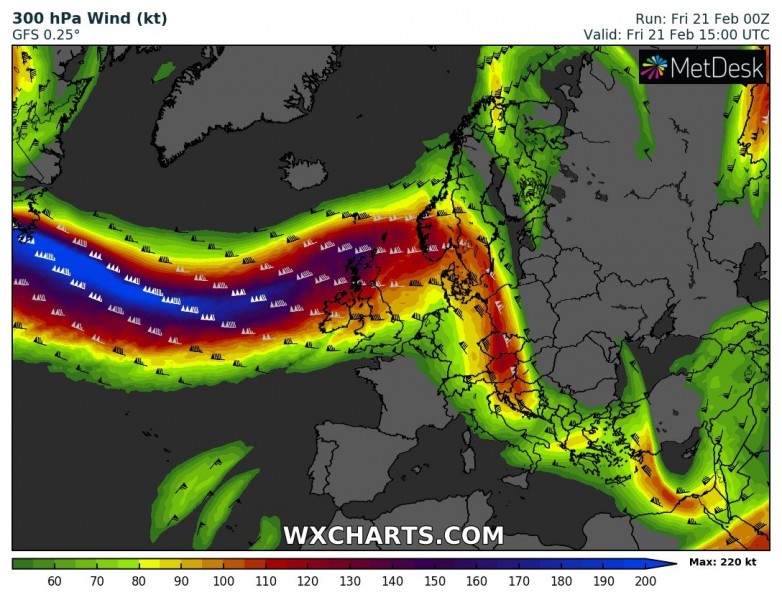 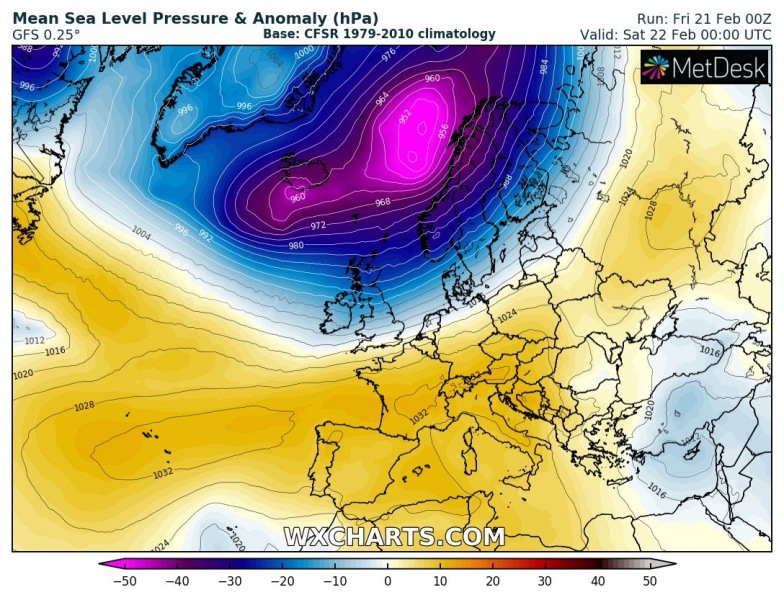 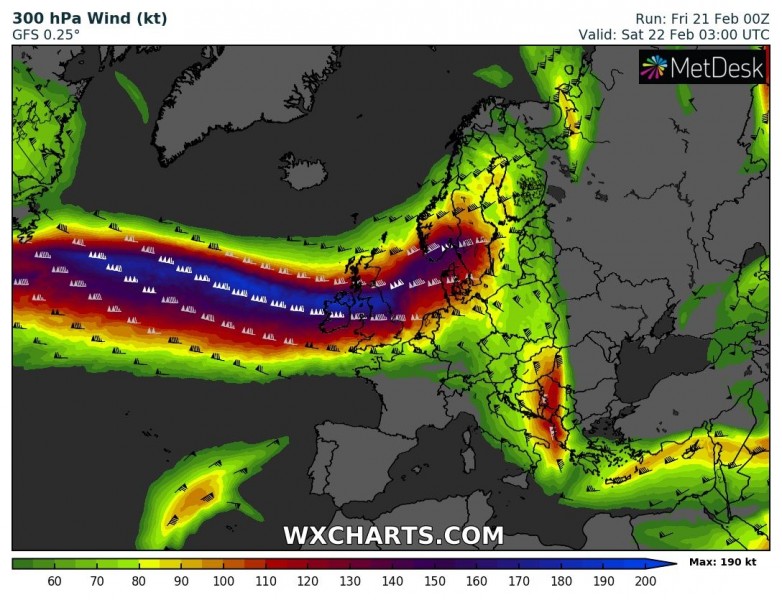 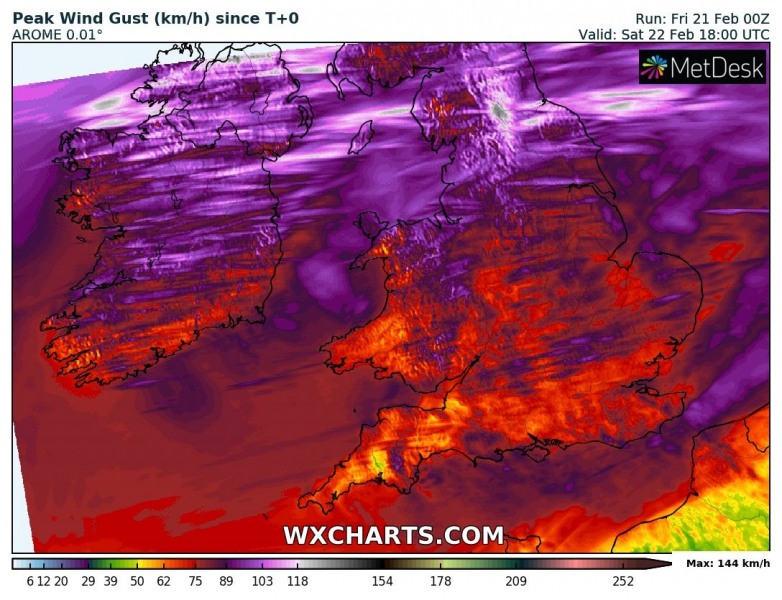 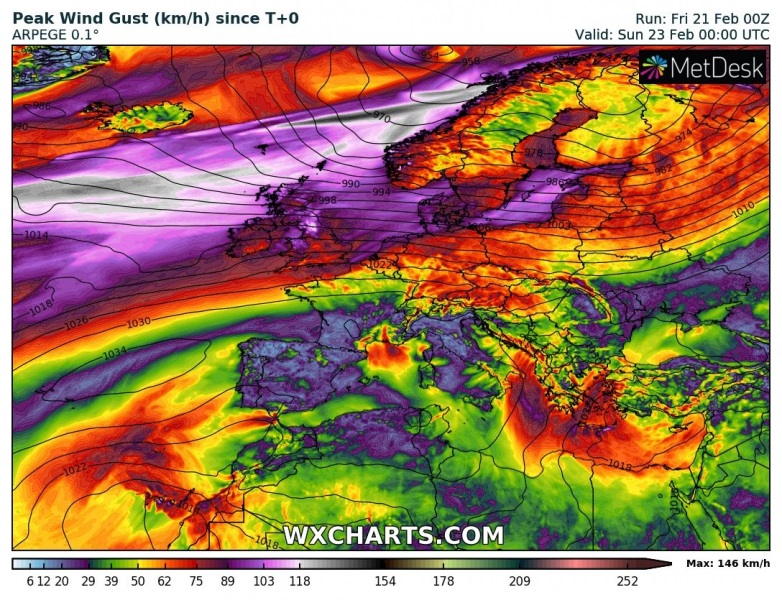 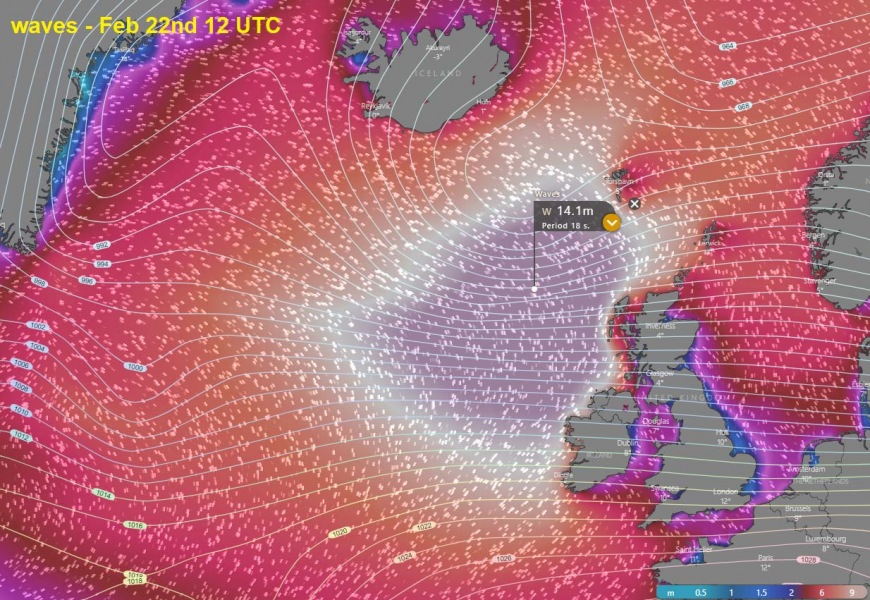 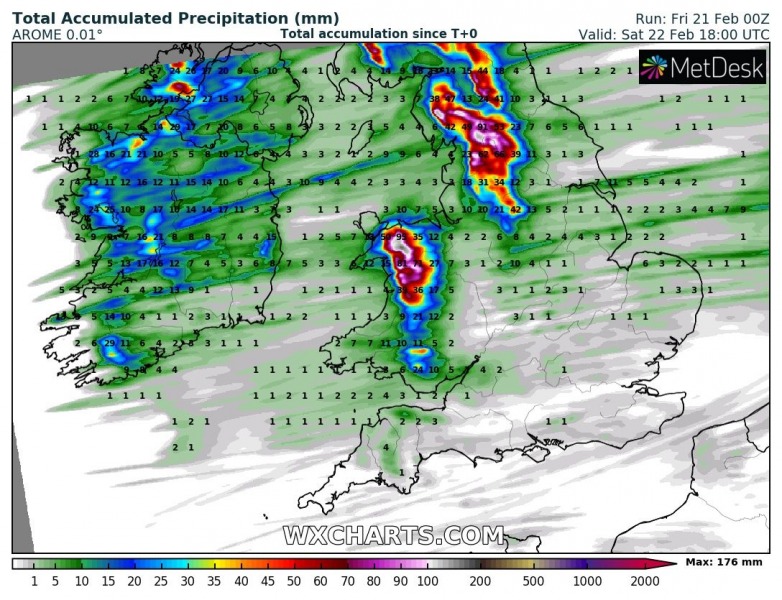 Refer to the previous mesoscale discussions for further details: