The heat wave is now imminent and the first extremely hot temperatures were recorded across SW Europe yesterday. Locally, temperatures climbed up to near 40 °C in S France and Portugal while Spain peaked up to almost 42 °C!

Across the Iberian peninsula, the highest temperatures were recorded across E/S Portugal, WSW and NE Spain. Locally up to almost 42 °C – Andajur (Spain). 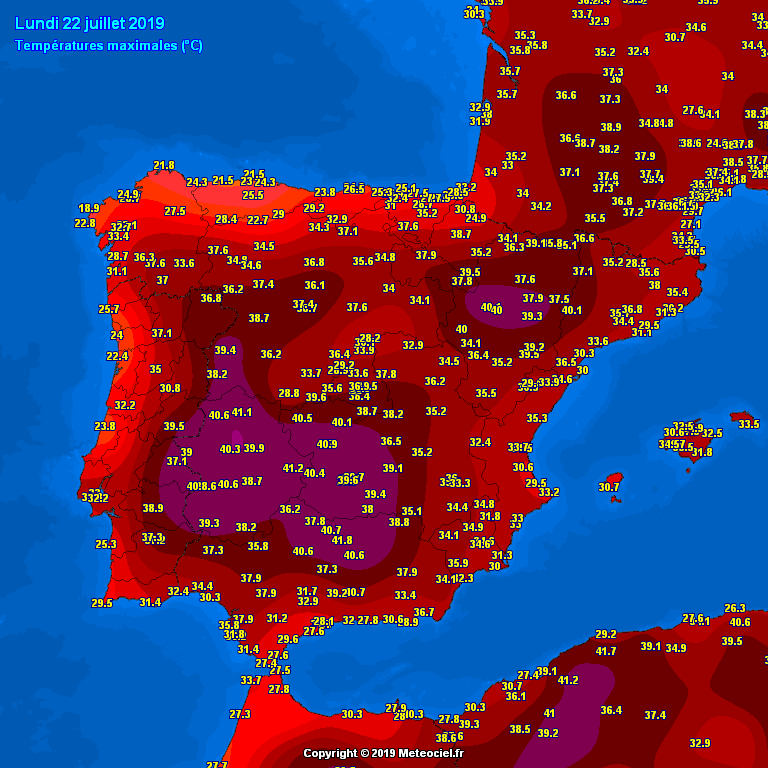 The highest temperatures over France peaked at almost 40 °C, recorded over SE and SW parts of France, 39.6 °C – Carpentras. 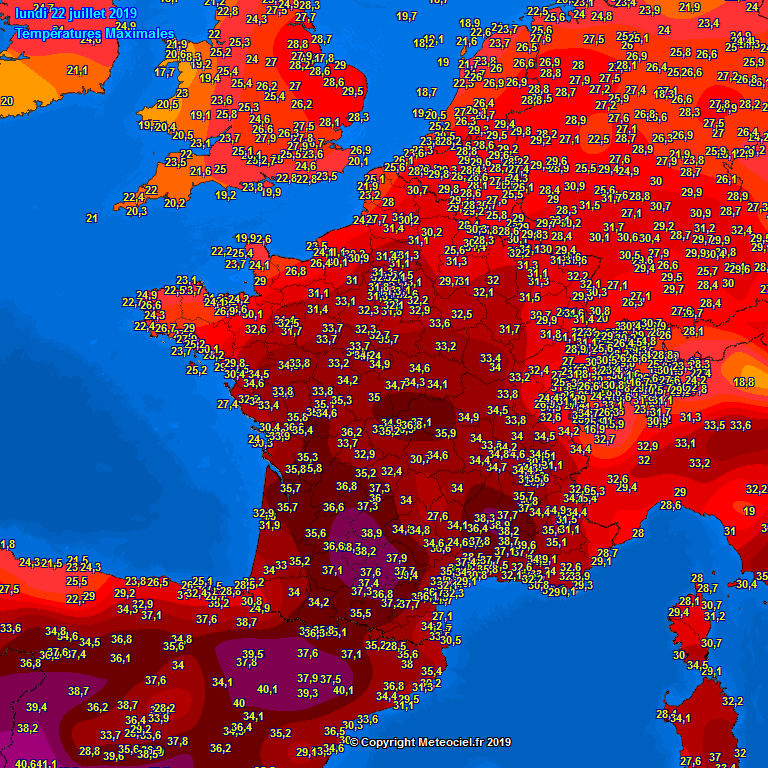 Very hot weather will also develop over England this week:

Hot weather across parts of the UK in the next 3-4 days
← Previous
Thunderstorms over parts of the United Kingdom and NW France tonight - July 23/24, 2019
Next →
Comments are closed.