It has been very cold weather across central Europe and the Mediterranean this week, with lots of snow over the Balkans. A new cold outbreak was expected this weekend into western Europe, but now model guidance suggests the Arctic outbreak will be even stronger and spread across much of Europe through the remainder of March into early April. This will again enhance the frost potential and likely lead into even more damage to the crops, agriculture and blossoming trees.

NEW UPDATE: A much colder air mass is now spreading across Europe – cold outbreak will intensify across east-central Europe through Monday and Tuesday

A very powerful upper ridge and an associated surface high-pressure system will develop over the North Atlantic this weekend. What a complete contrary to the past few months, we will now be seeing a remarkably strong ridge and extremely high surface pressure, likely reaching around 1053-1054 mbar in its center! 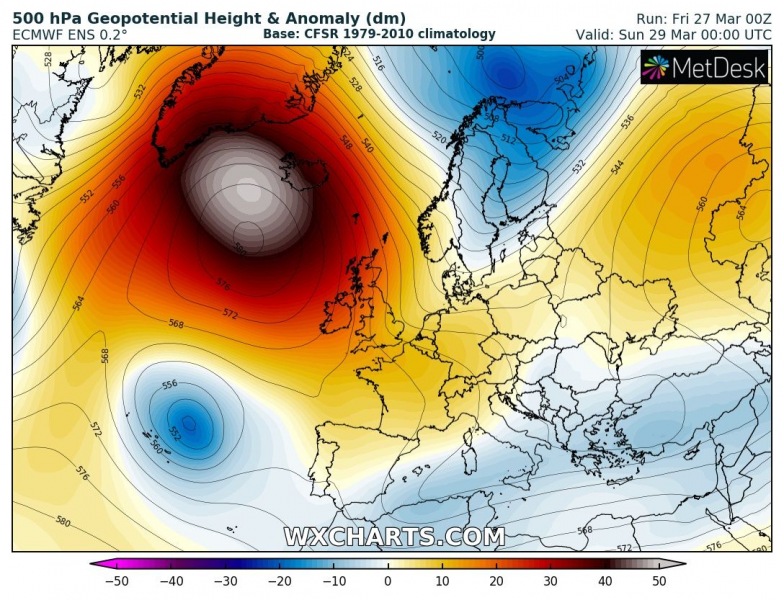 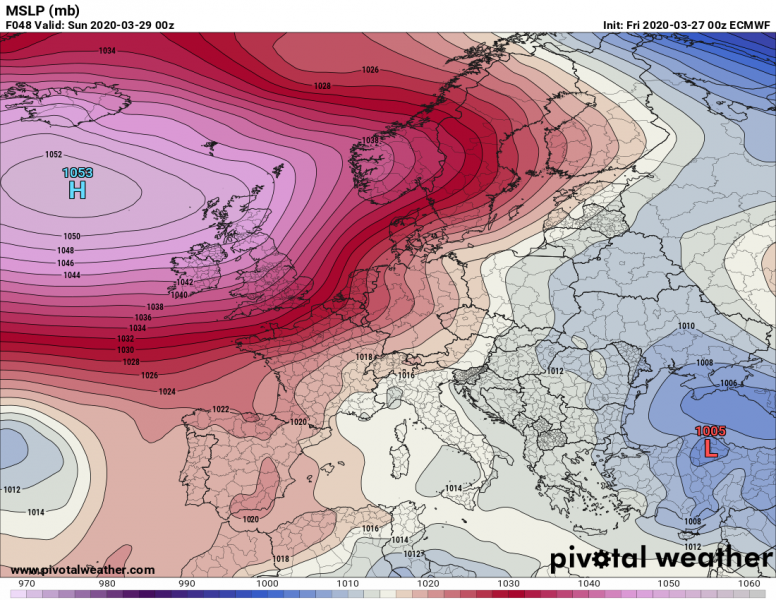 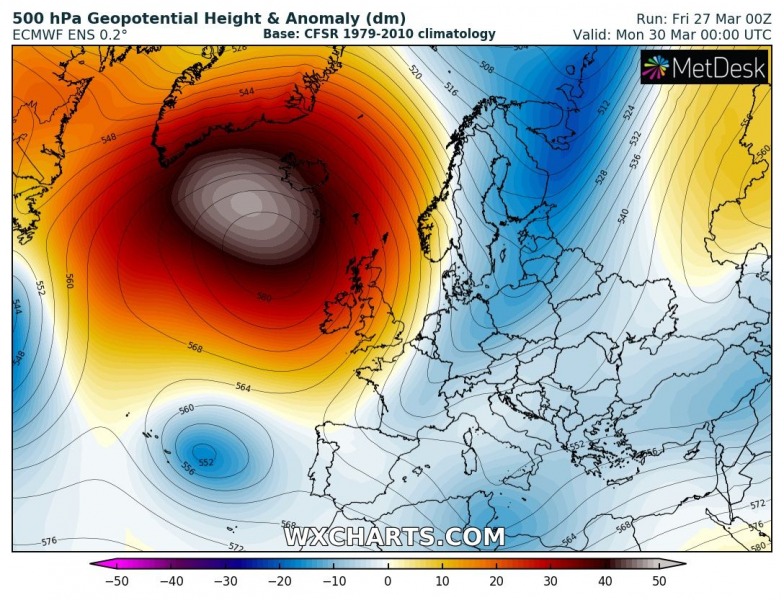 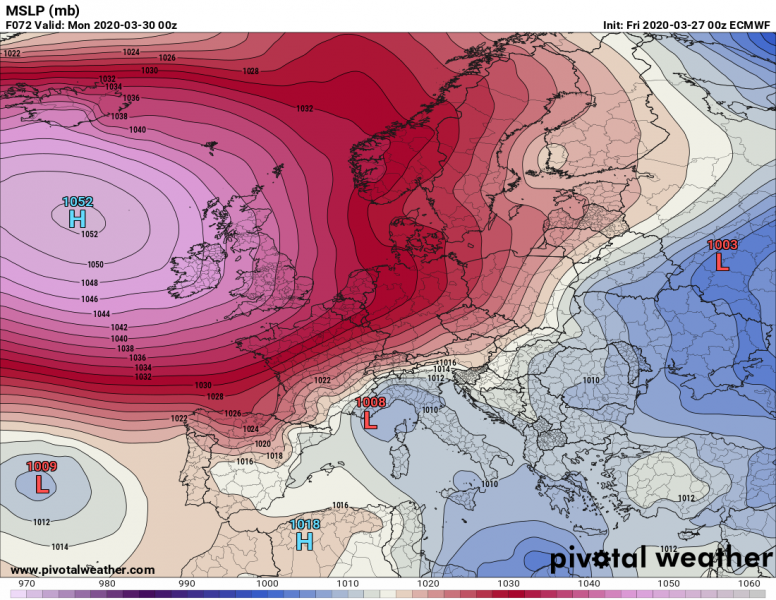 Here is the 850 mbar temperature anomaly sequence from tonight through Wednesday. A proper Arctic outbreak, delivering very cold air mass directly from the Arctic region through the remainder of March. Notice how an extreme anomaly develops over a large part of Europe, that’s something you don’t want to see during early spring when crops and fruit trees, vineyards are waking up and growth begins. This will add additional damage to them! 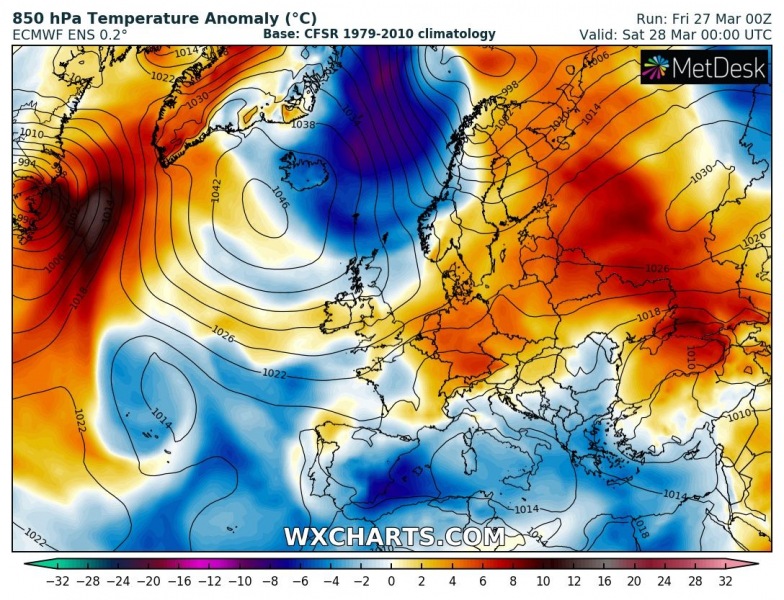 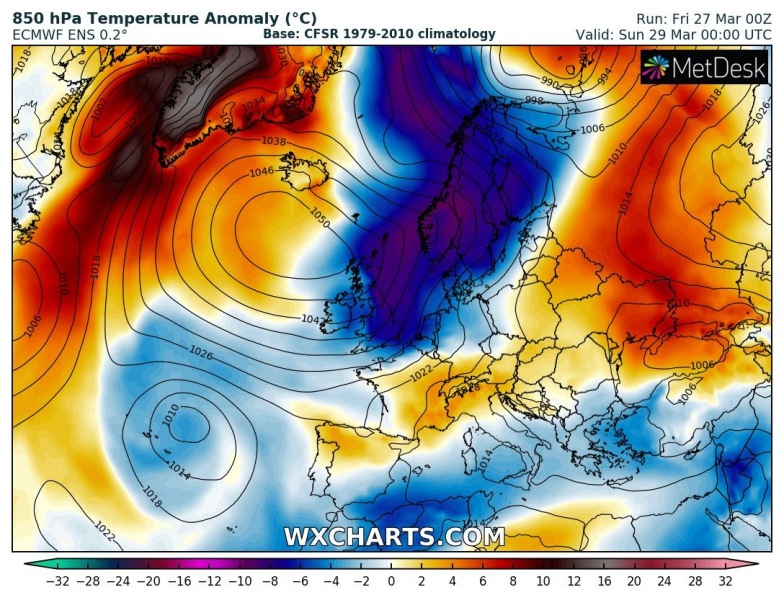 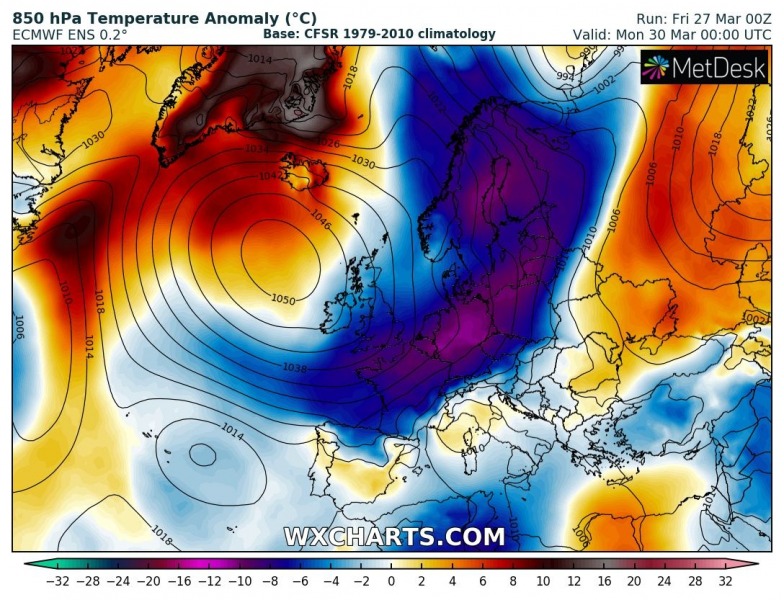 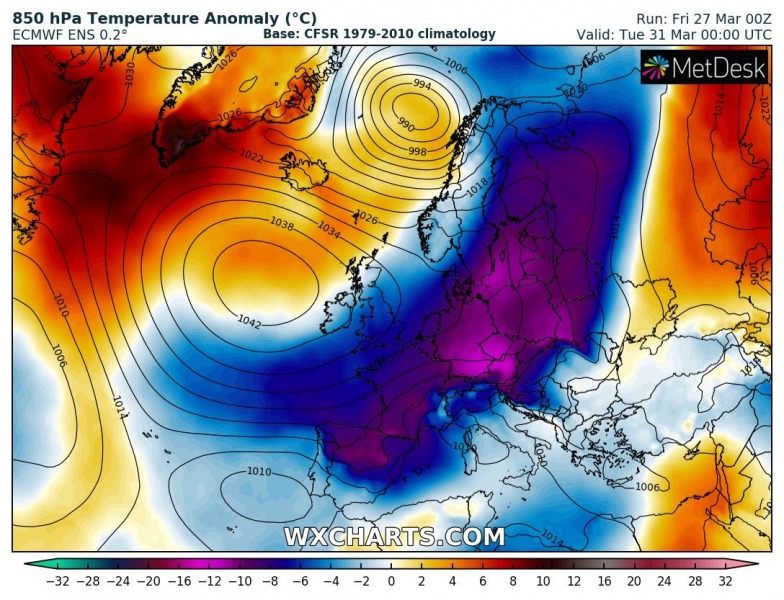 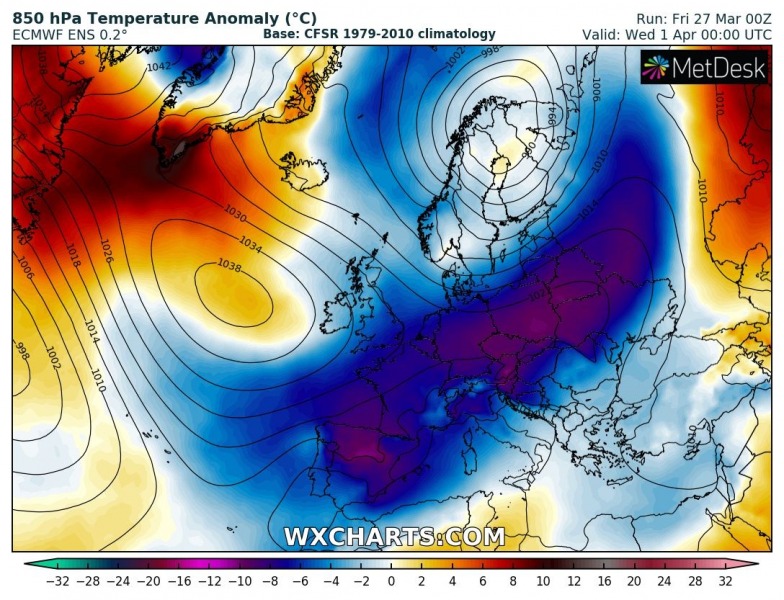 The Arctic outbreak will indeed also respond into the lowlands, so the surface cold pool will overspread a large part of Europe, including Iberia and again Mediterranean: 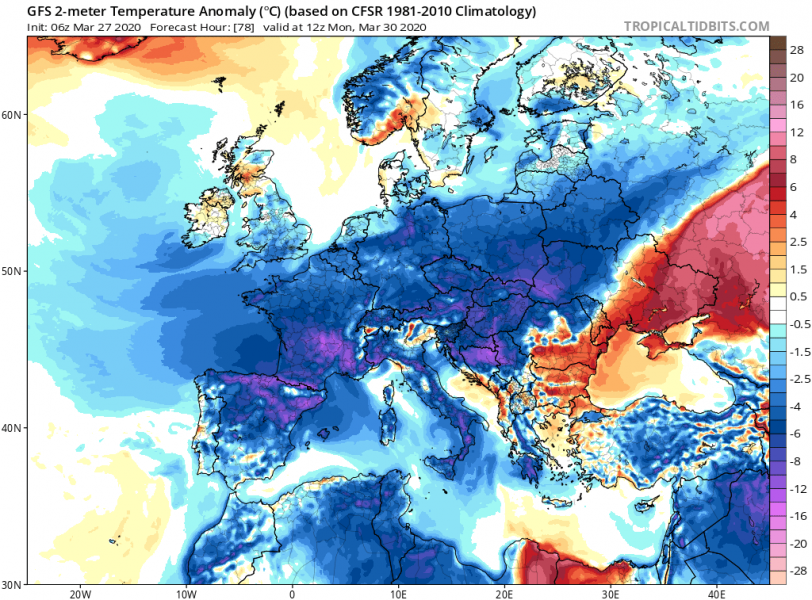 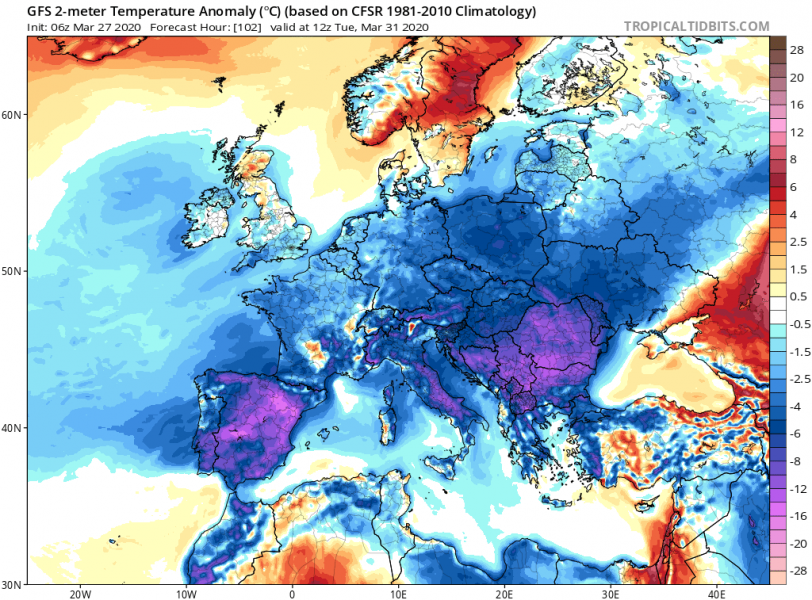 Morning temperatures will again push very low, much below zero in many areas. Especially from Monday to Wednesday. They should reach -4 to -8 °C or even lower in some areas! 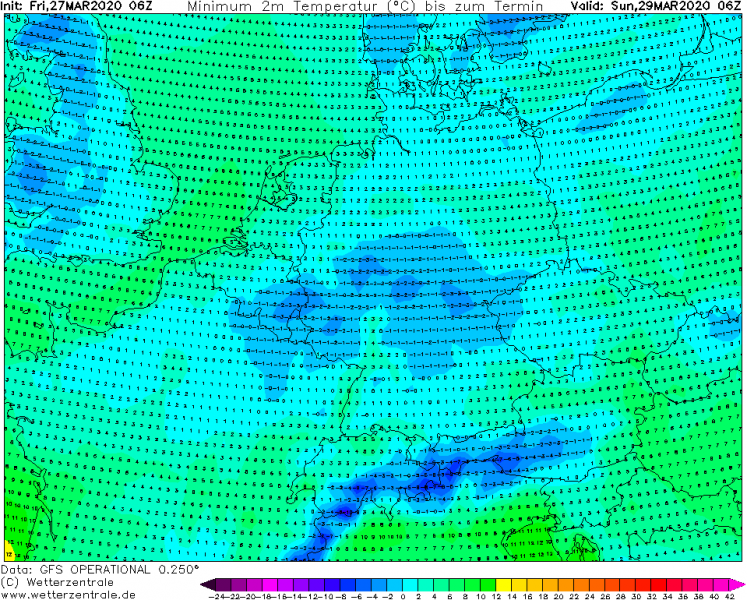 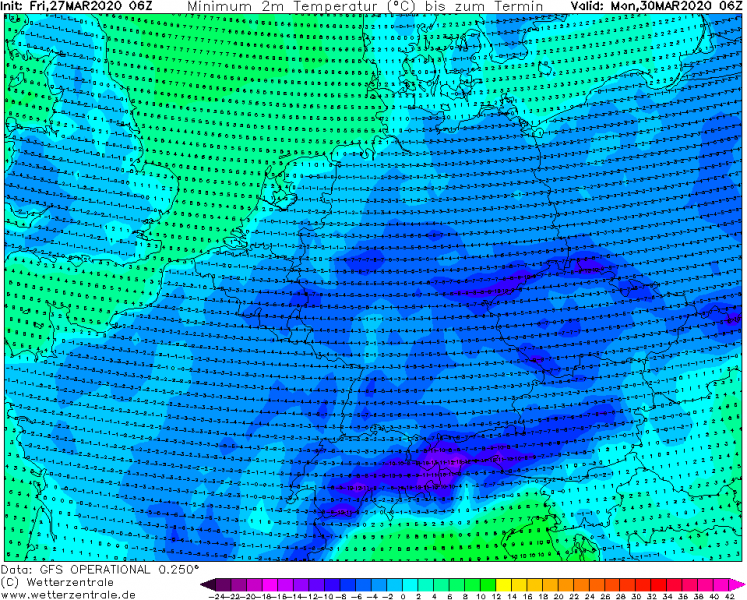 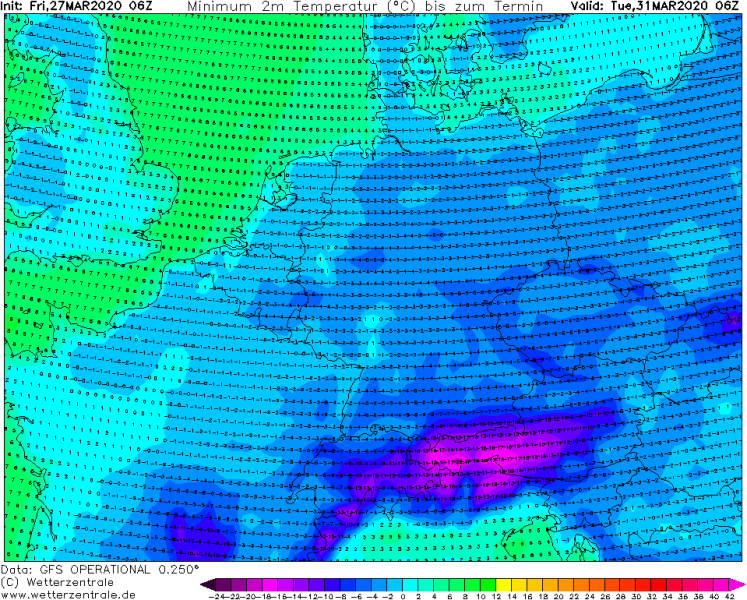 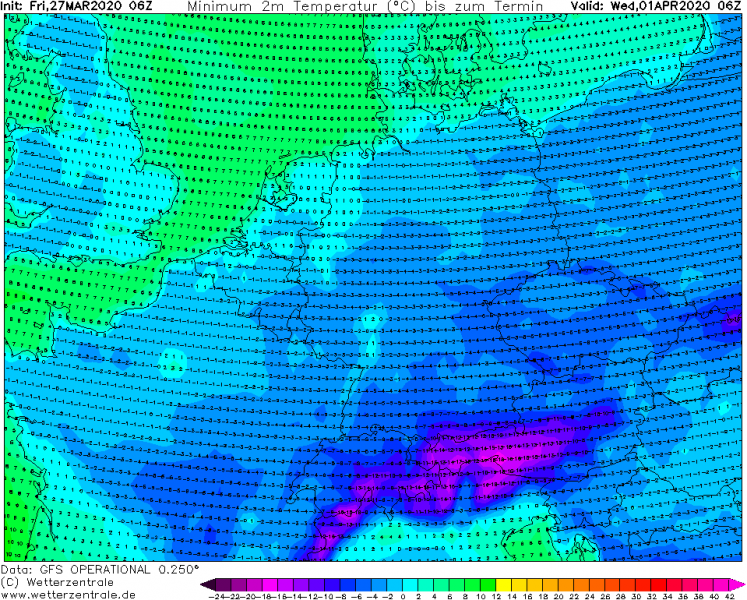 The longevity and intensity of the cold pool is greatly visible on the point meteograms for several cities across Europe – Helsinki, London, Frankfurt and Ljubljana. Interestingly, despite Helsinki is used to cold weather, the cold outbreak will also be quite significant and sharp there, similar further south into central Europe. Slightly less robust over England, but still quite strong! 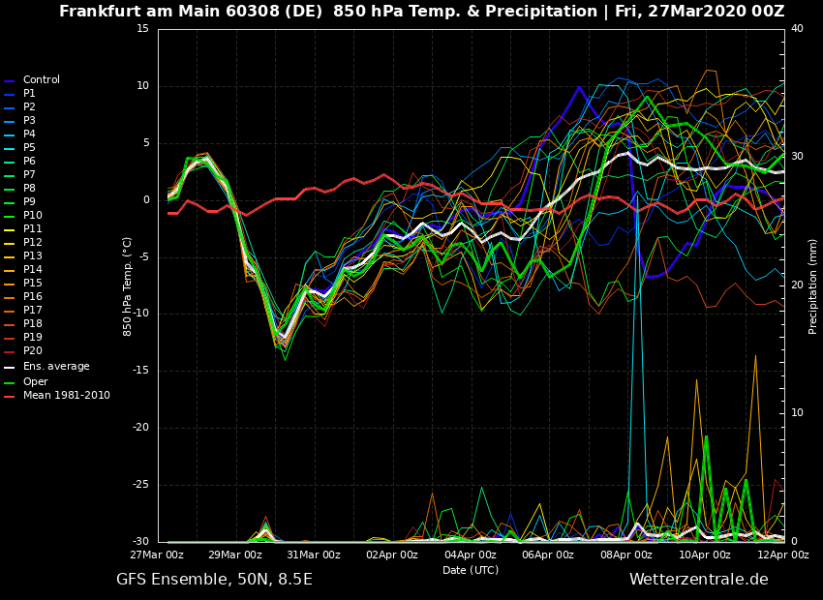 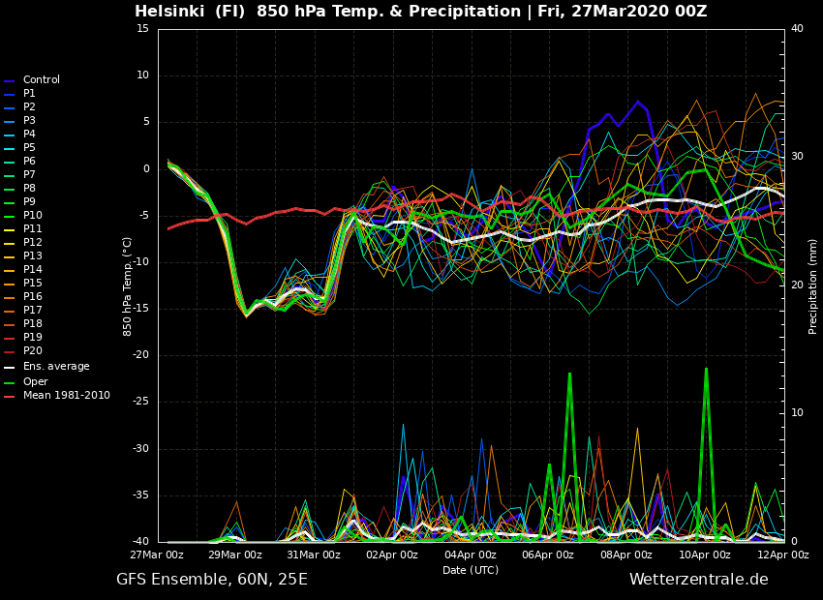 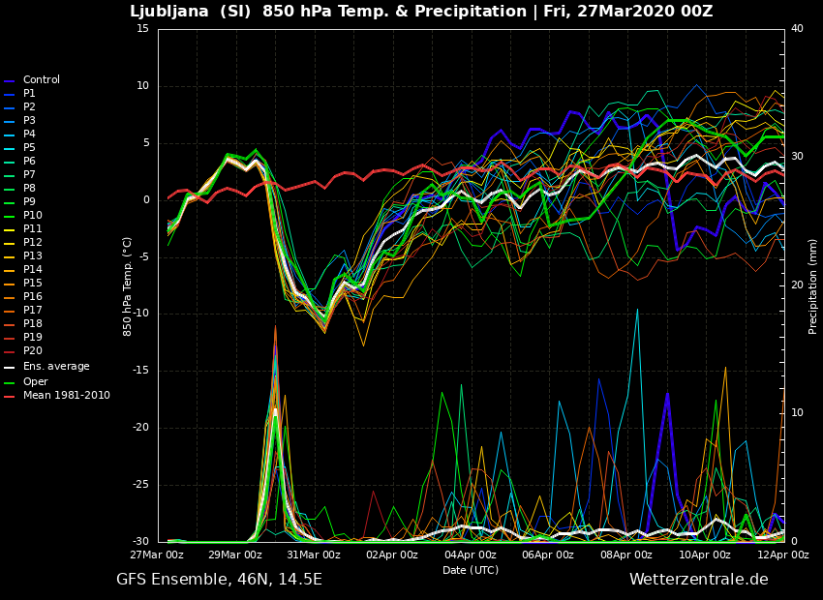 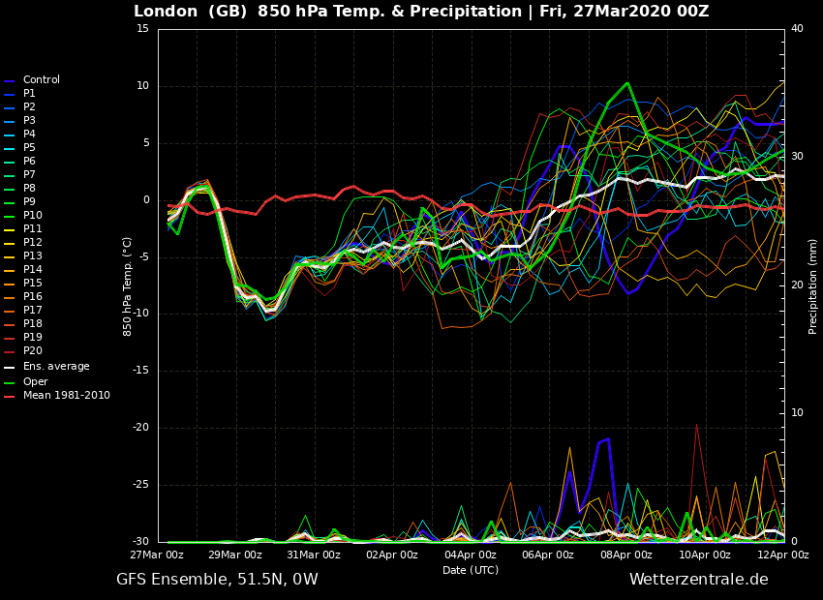 Some new snow is most likely with the main cold front moving south on Sunday and Monday. The highest amounts are expected over the northern Iberian, the Alps but also over southwestern Balkans and central Apennines (from the Adriatic sea-effect snowfall). 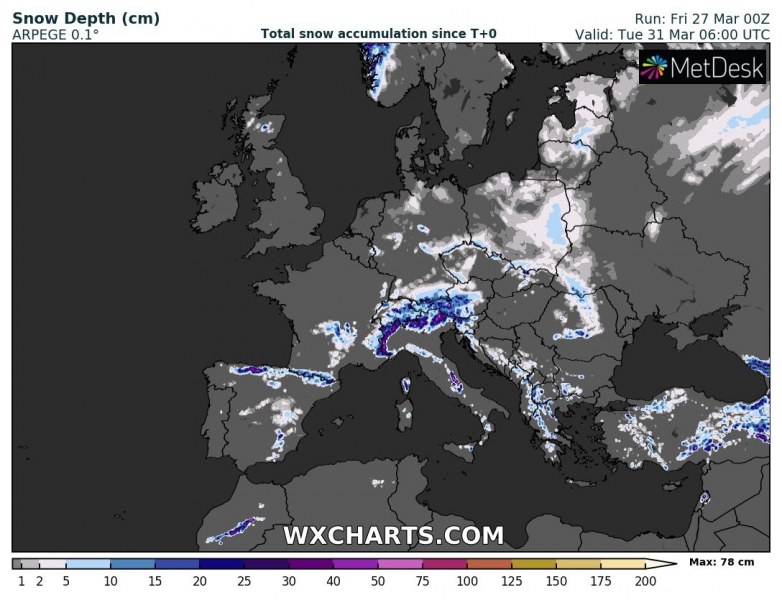 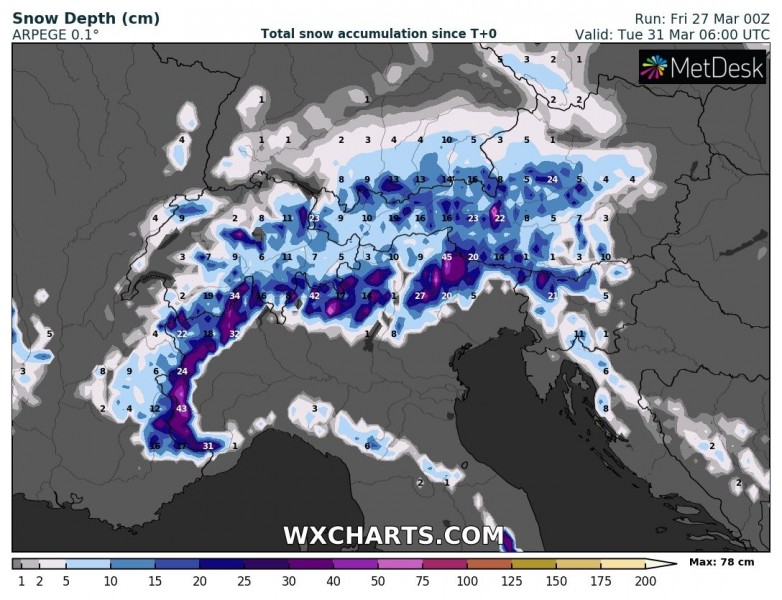 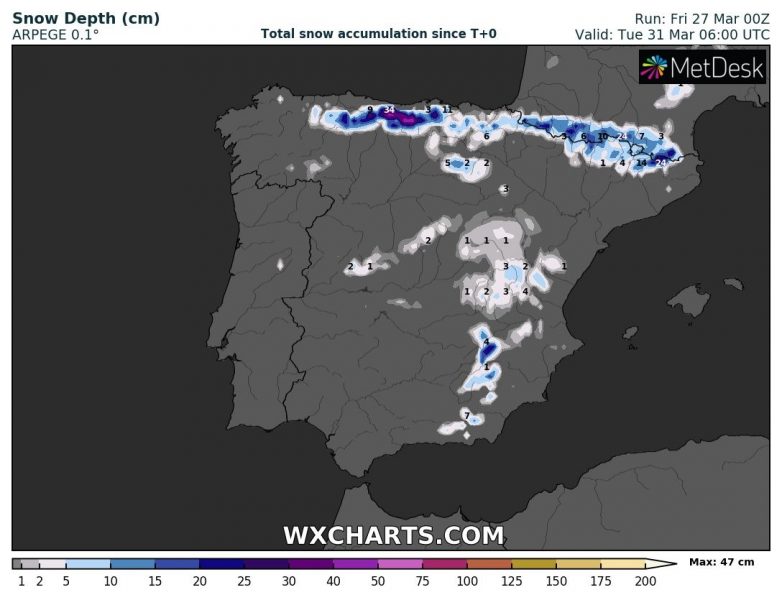 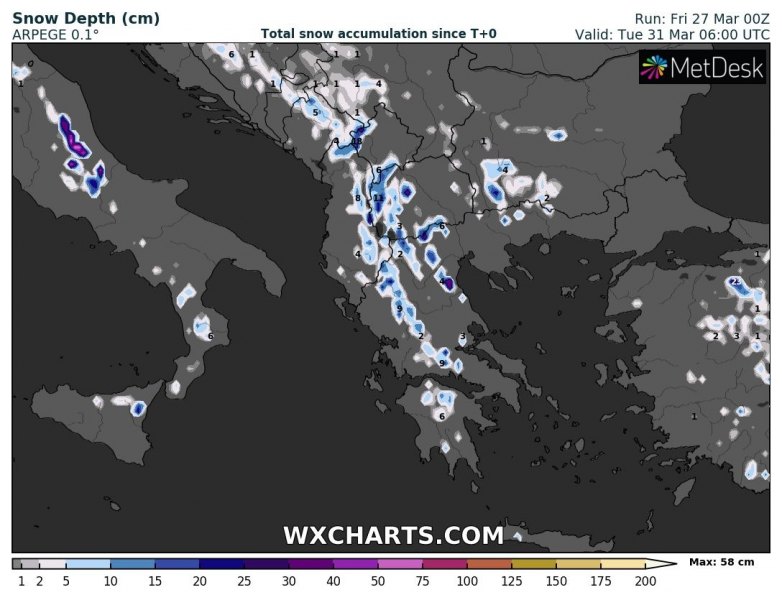 Unfortunatelly, the coming pattern will bring another week of extremely cold weather for the end of March and early April, spring 2020 is starting with a bang to the crops and agriculture. The damage is and will be much more significant given the fact that the past weeks have been much warmer than normal, so growing stages are way ahead of the normal schedule.

See other discussions on the cold outbreak lately: