A potentially dangerous setup is unfolding across the southern Mediterranean today and tonight. In response to a deepening upper low, a pronounced surface low and frontal system is spreading across southern Italy, resulting in excessive rainfall and flooding threat across Calabria and Sicily region – locally 150-200 mm seems possible until Friday, increasing dangerous flash floods and landslides!

The system is greatly visible on the satellite images, with a pronounced dry intrusion from Tunisia and Libya towards southern Italy this afternoon. Central pressure is around 995 mbar, near Malta and it continues falling. 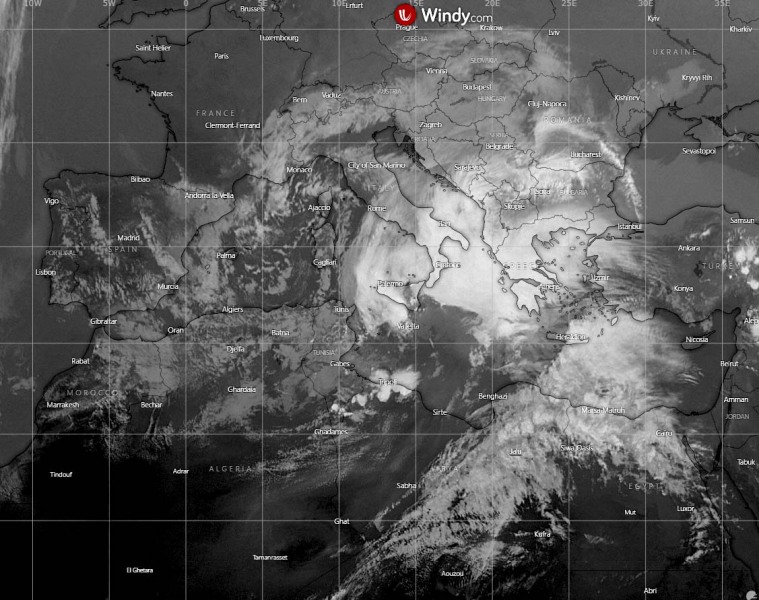 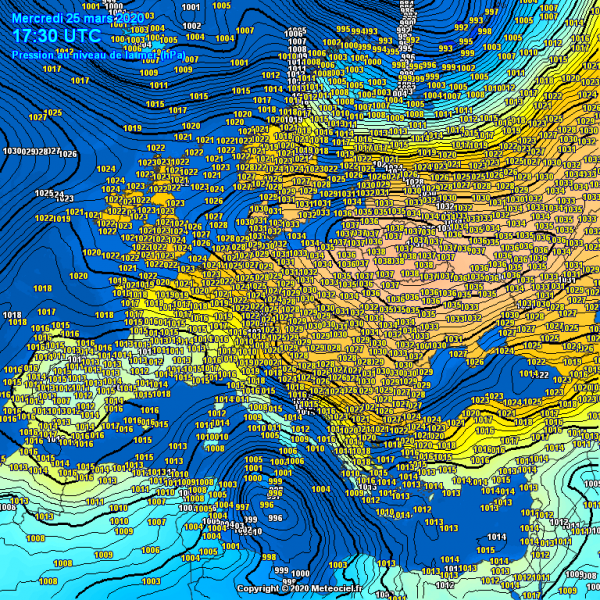 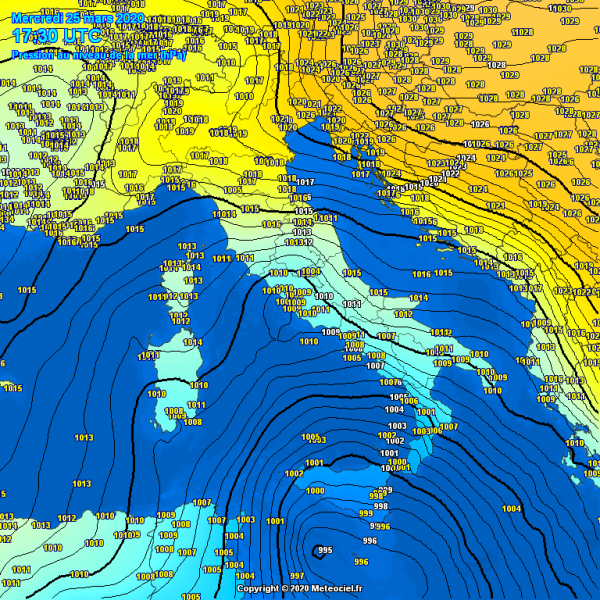 High-resolution satellite imagery indicate there is a huge Saharan dust advection into the southern Mediterranean as well, attached are NASA MODIS images: 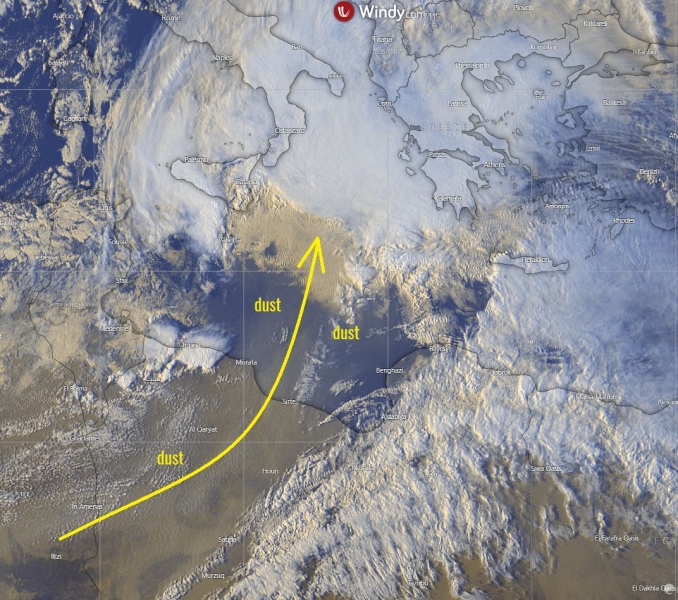 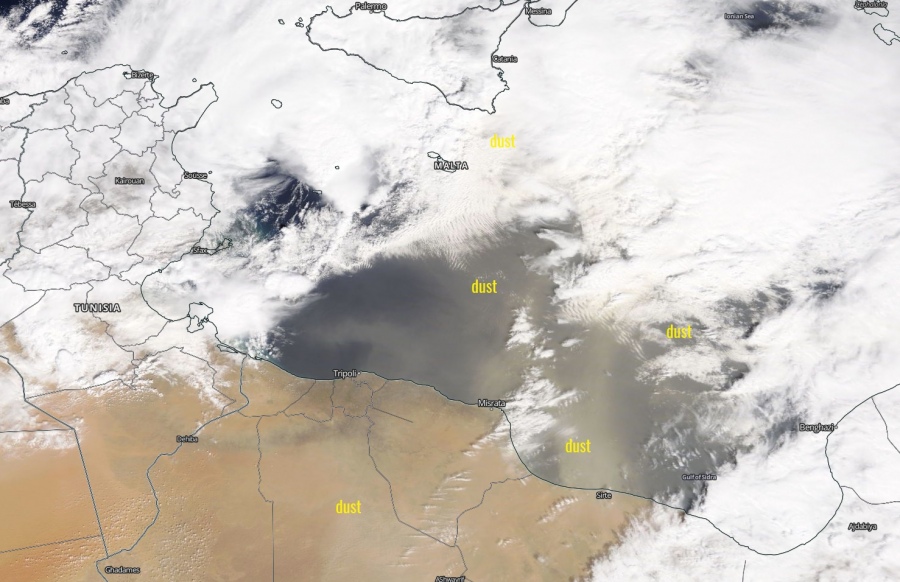 A textbook Rex block pattern has developed over Europe through mid this week – an extensive upper ridge across the northern half of Europe with deep trough/low over southern Europe (Mediterranean). The upper low will be trapped over the Mediterranean until Friday. It will be the strongest (deepest) tonight and tomorrow morning when the advection of very cold air mass aloft is the most robust. 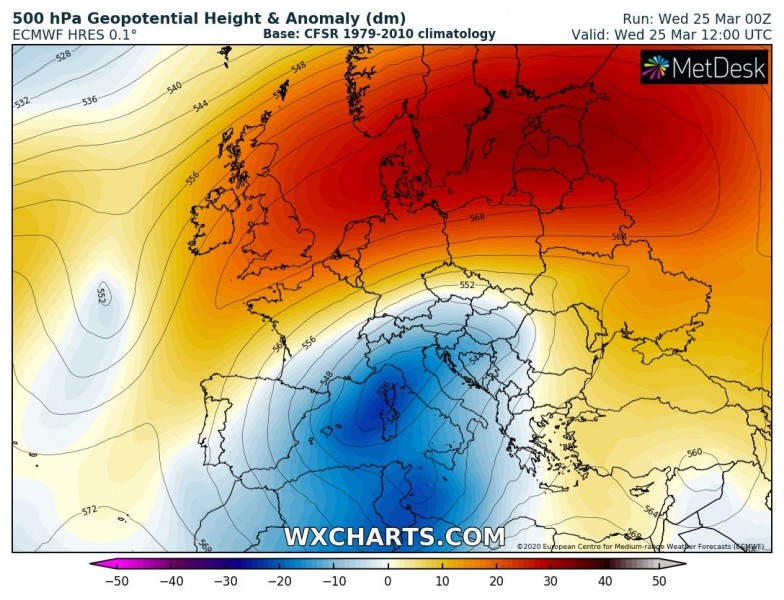 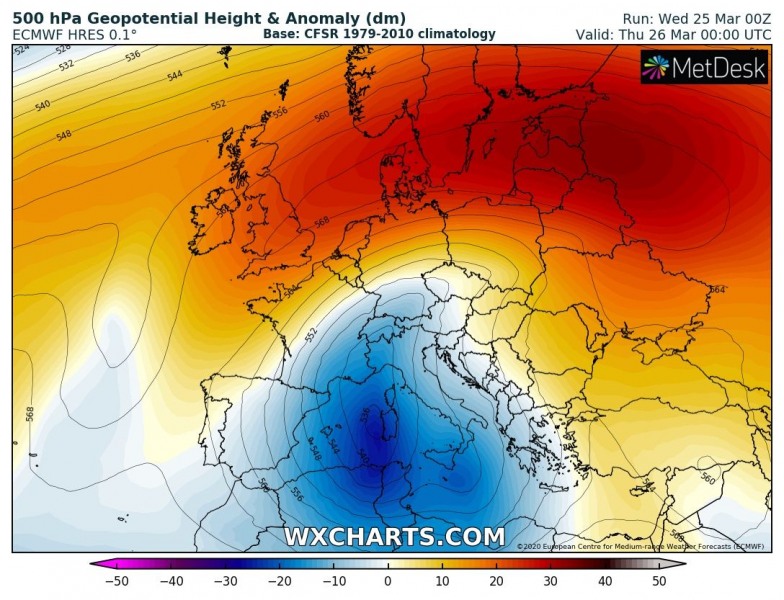 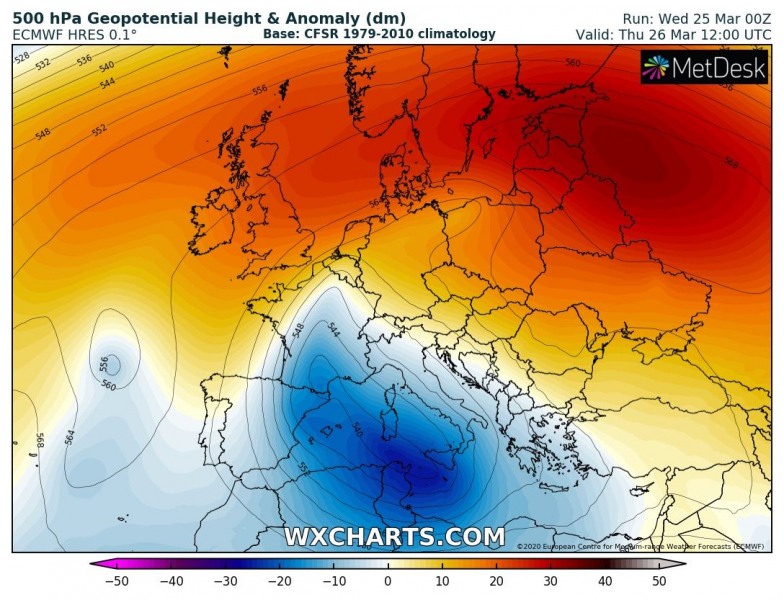 The surface low is the result of a deepening upper low over the Mediterranean, in response to advection of very cold airmass from east-central Europe. A surface cyclone has formed over Tunisia, moving across Malta today and should continue towards southern Italy and Tyrrhenian sea tonight and tomorrow. 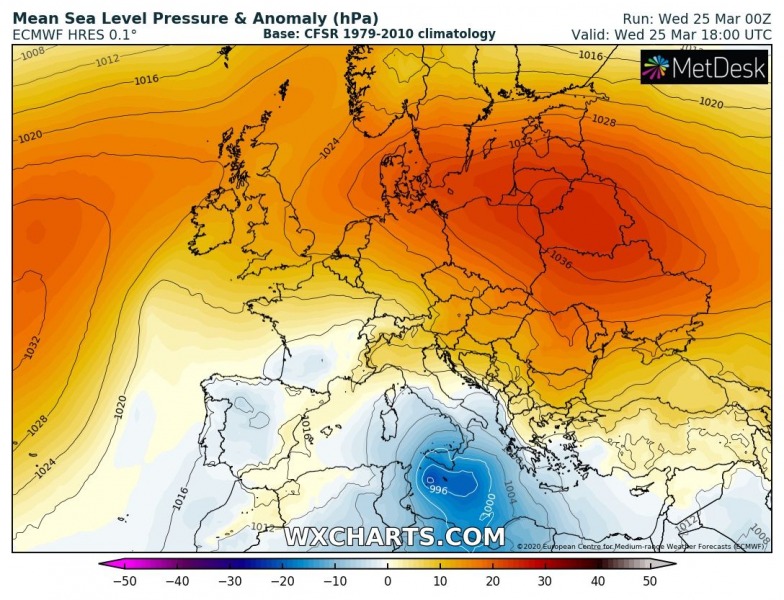 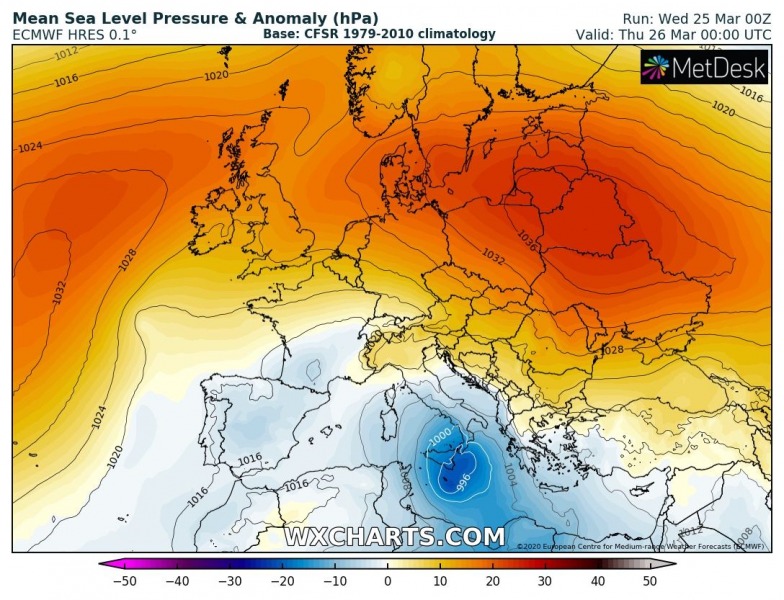 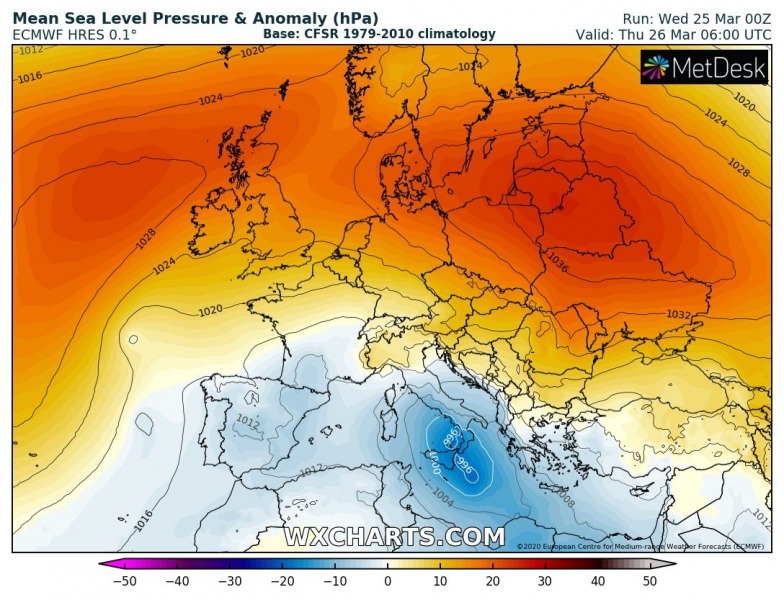 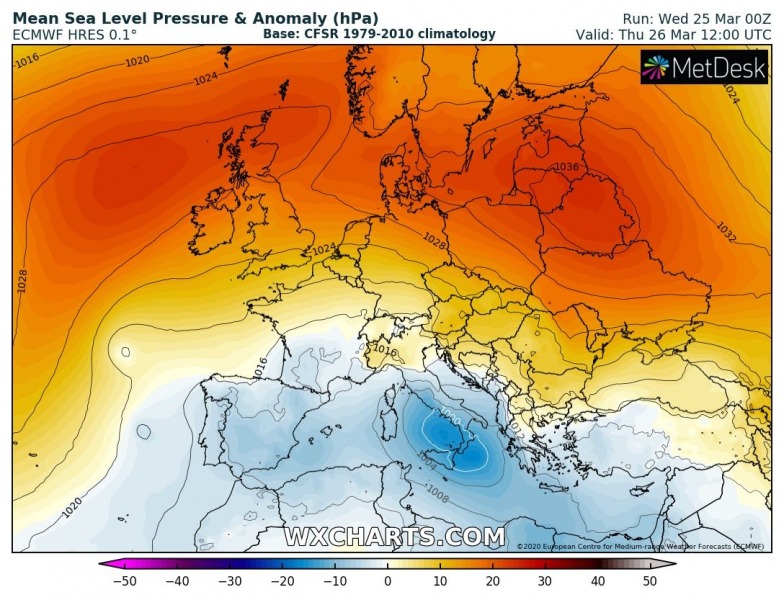 The frontal system will be moving across southern Italy, with relatively slow speed. This will result in excessive rainfall with pretty heavy rainfall, combined by both convective and orographic precipitation with strong to locally severe southeasterly winds ahead of the front. A very high amount of rain is likely within 6-12 hours tonight, potentially 150-200 mm in some areas which will significantly enhance the flash floods and landslides threat – mostly over the Calabria region’s mountainous terrain. 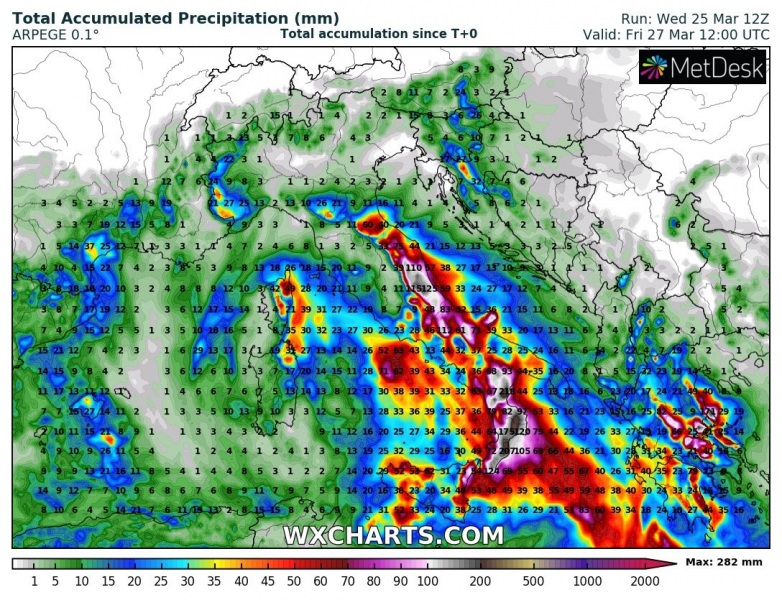 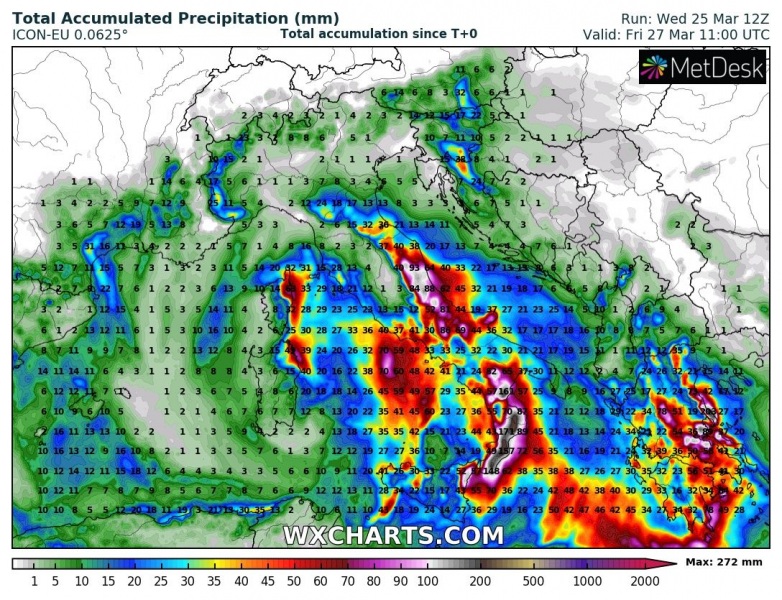 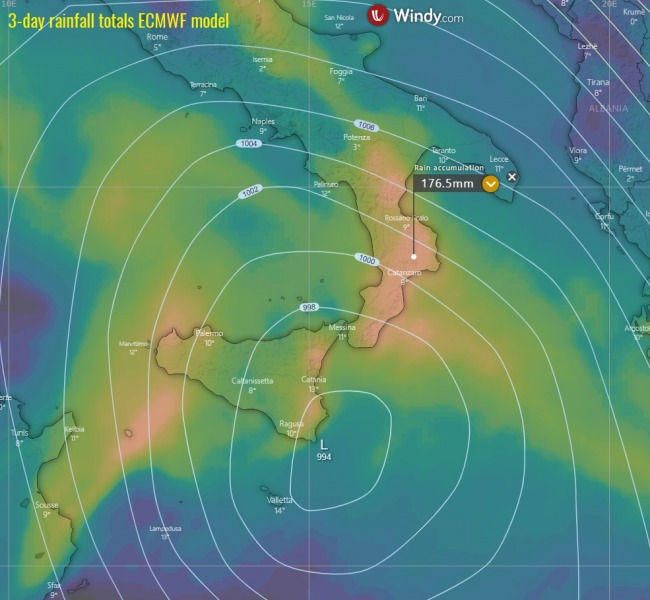 A quite strong wind field is associated with the surface low, locally resulting in severe winds. Winds will be particularly intense tonight along and ahead of the moving front, even extremely severe in excess of 120 km/h over the higher terrain of Calabria and Sicily. 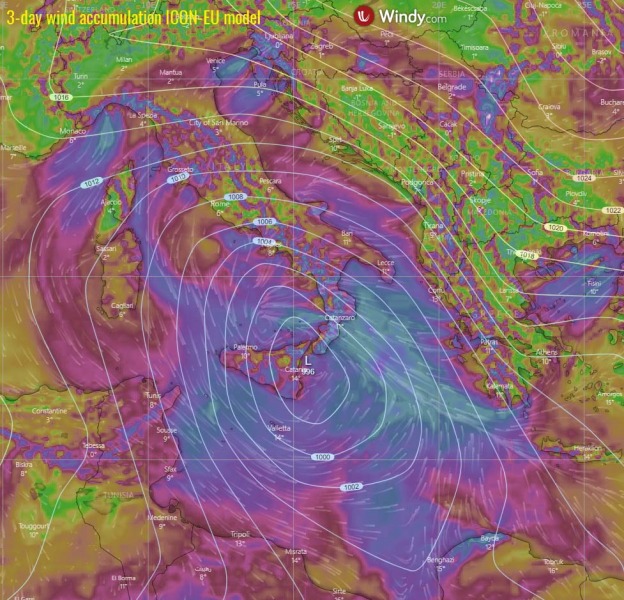 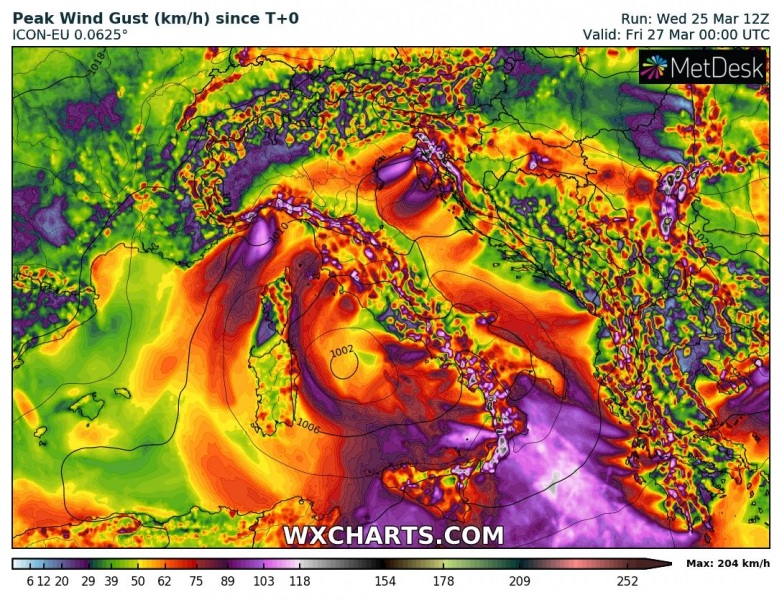 Another cold outbreak is also coming into western Europe this weekend: