North Atlantic ocean remains in pretty dynamic pattern, as a broad area of deep troughs and cyclones continues this week. One of the waves is currently resulting in cyclogenesis over the Azores and expected to significantly deepen while moving towards Western Europe tomorrow. It will likely bring gale-force winds towards the coast of west-southwest Ireland overnight to Thursday.

Water vapor satellite image reveals a cyclogenesis taking place over the Azores this evening, deepening while moving north. As we can see on the OPC NOAA forecast, the cyclone will significantly deepen (for around 20 mbar) until tomorrow evening, developing a gale force winds towards western Europe. 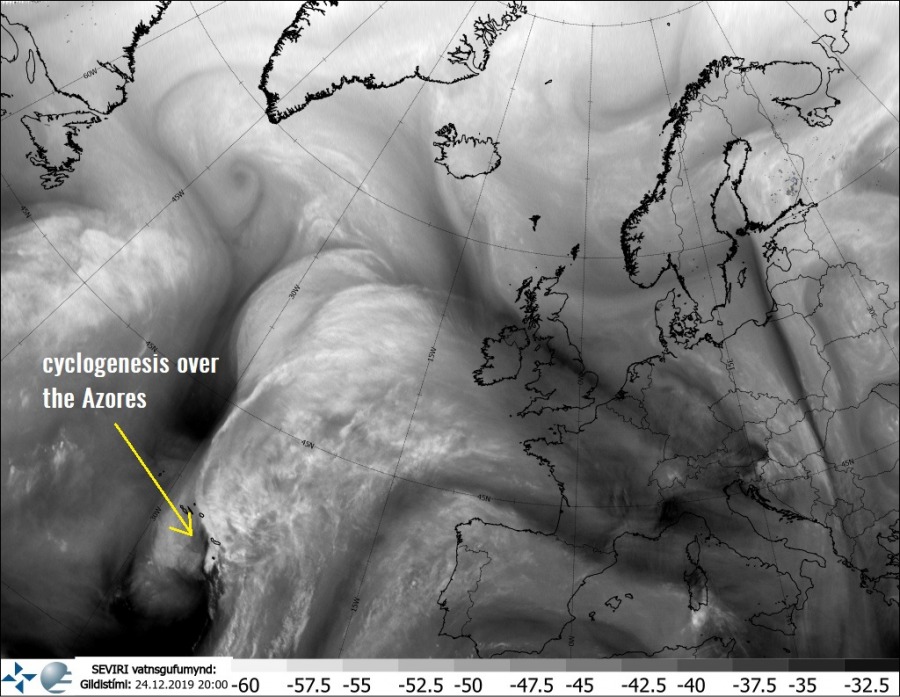 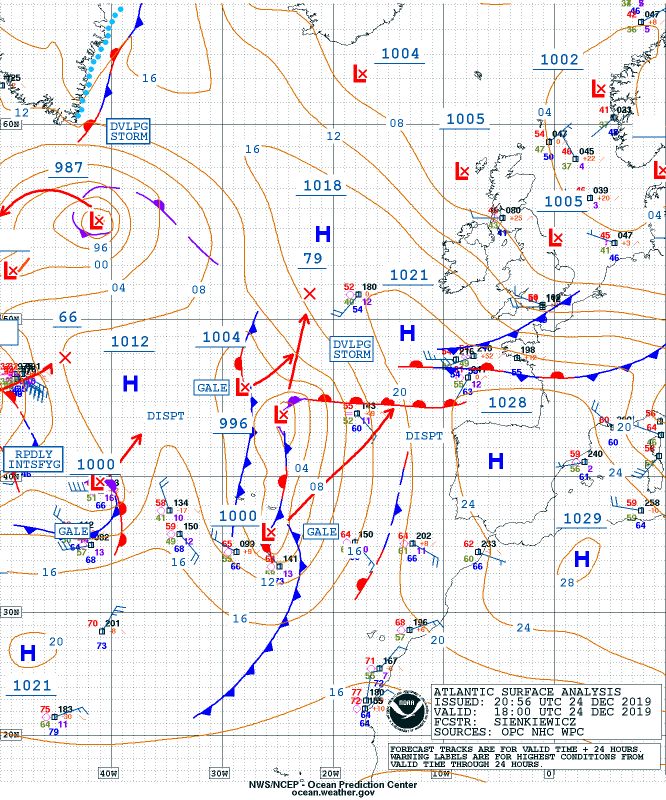 Cyclone is developing near the Azores this evening and is expected to continue organizing and deepening within the next 24 hours, while gradually moving north-northeast towards western Europe. It reaches its peak intensity before reaching Ireland, but should still bring severe winds into the coastal areas. 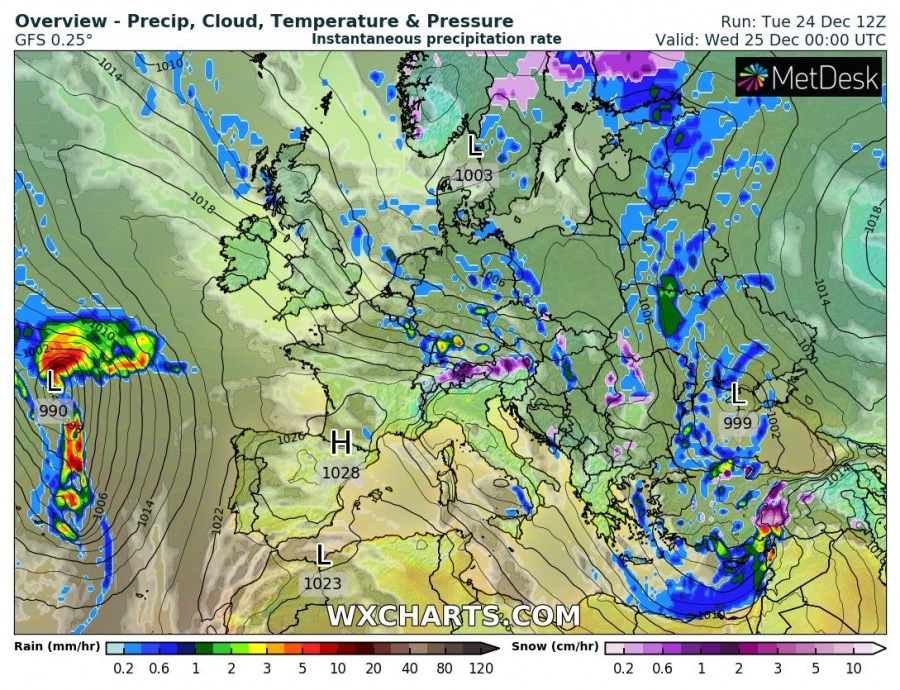 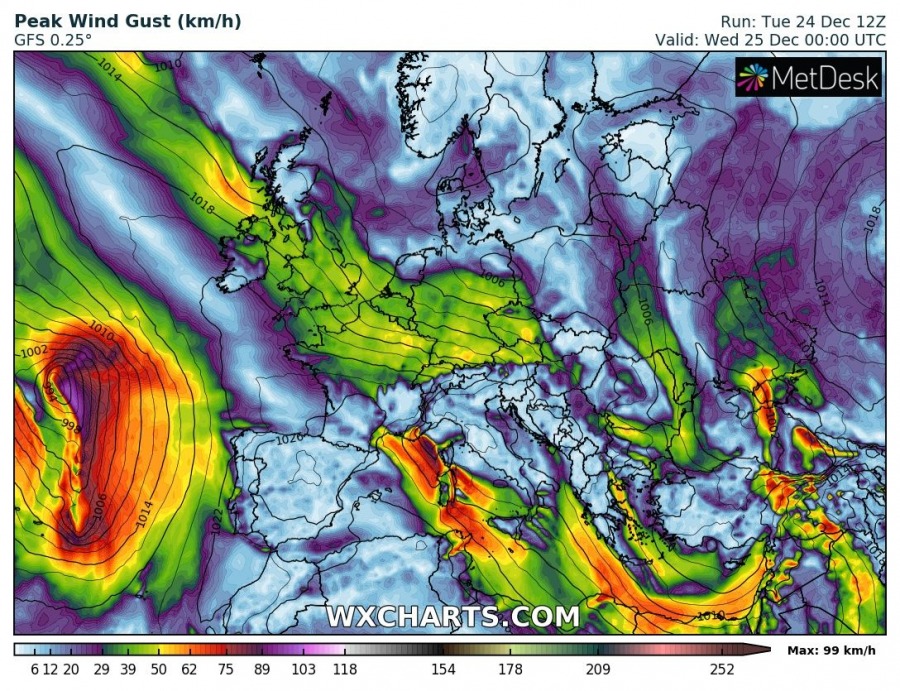 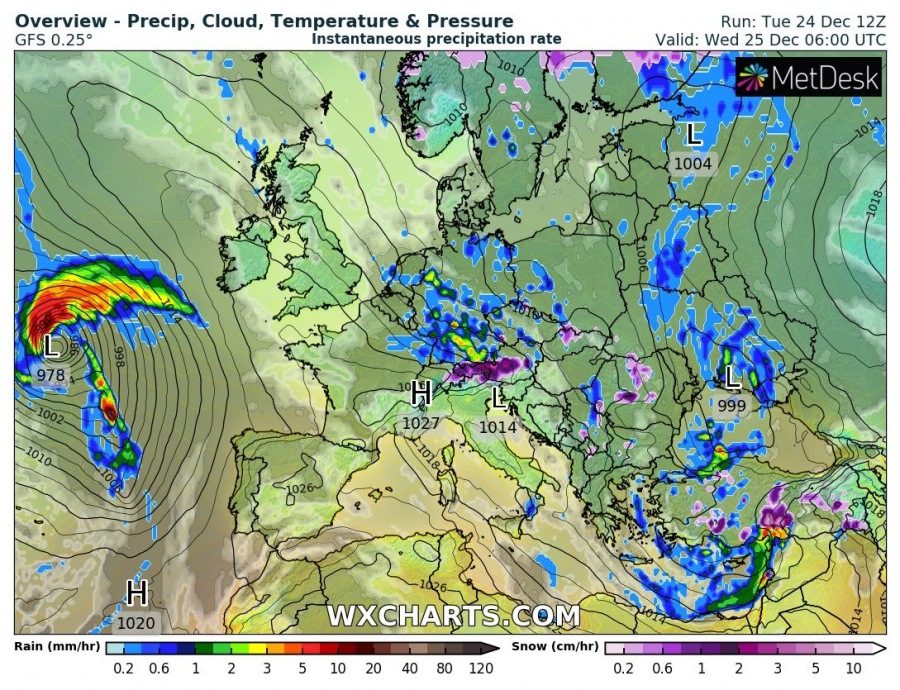 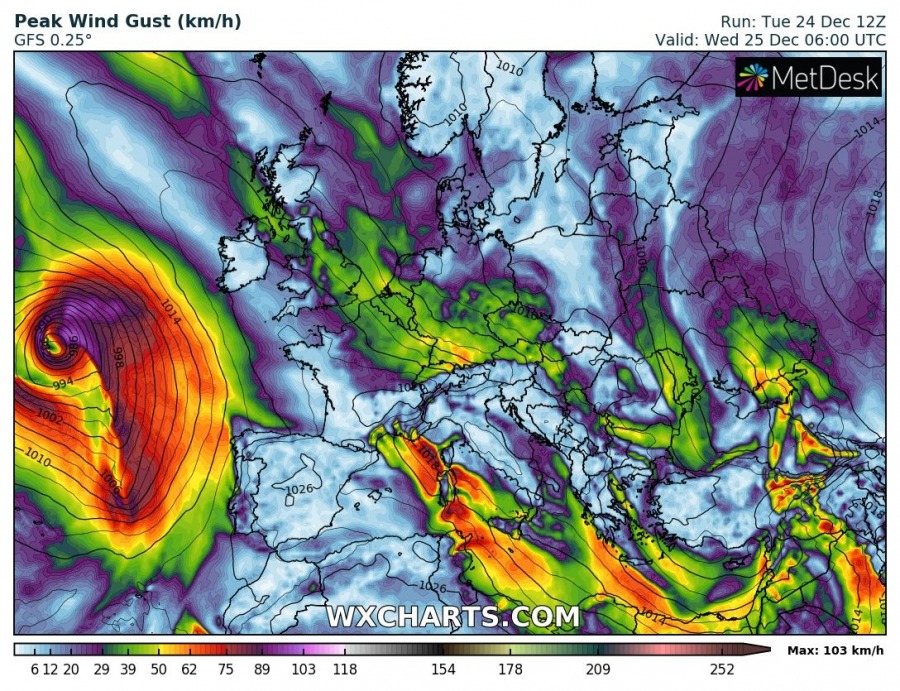 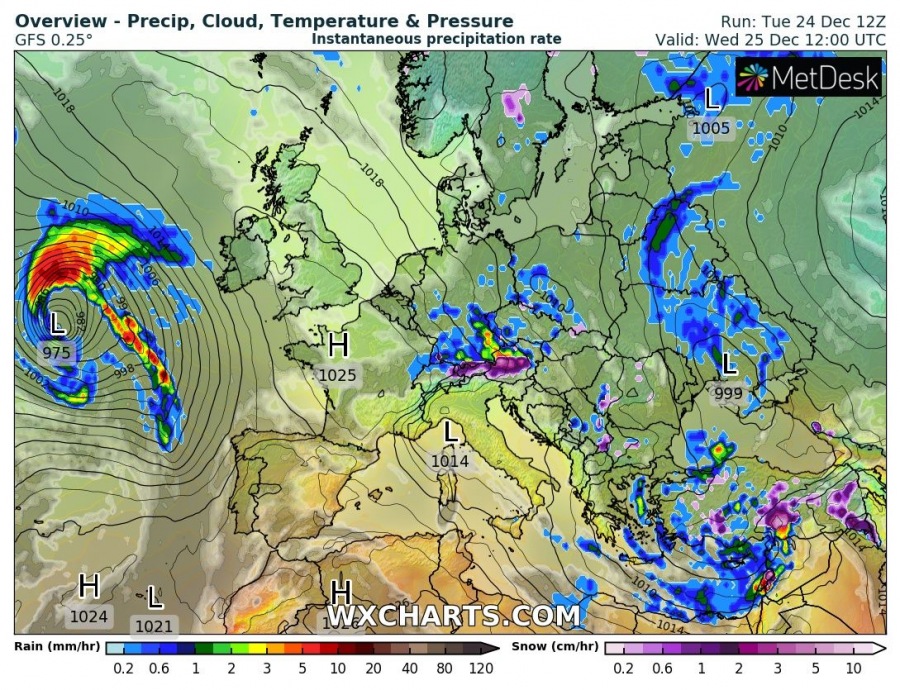 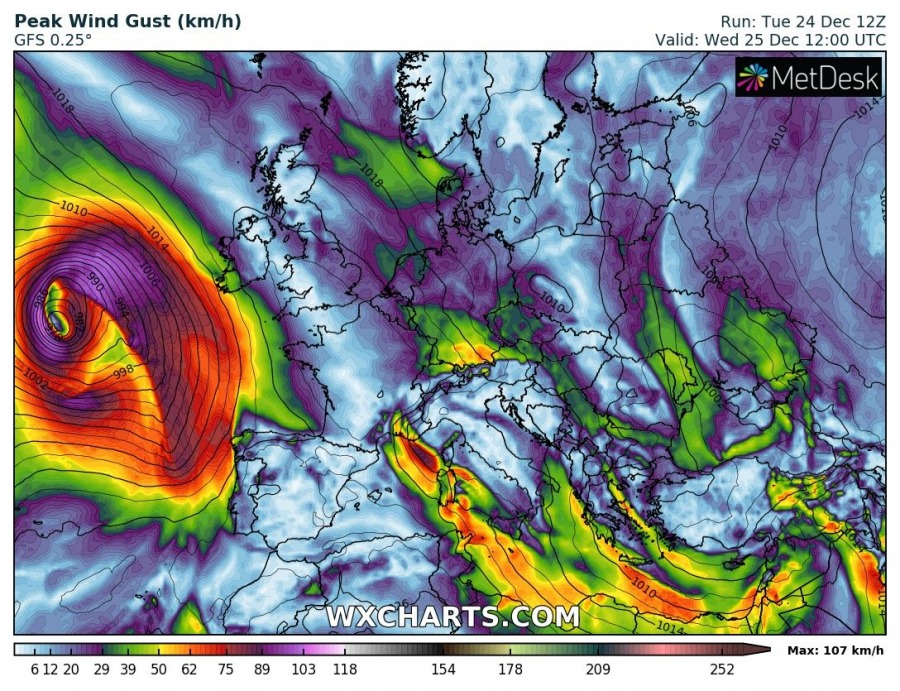 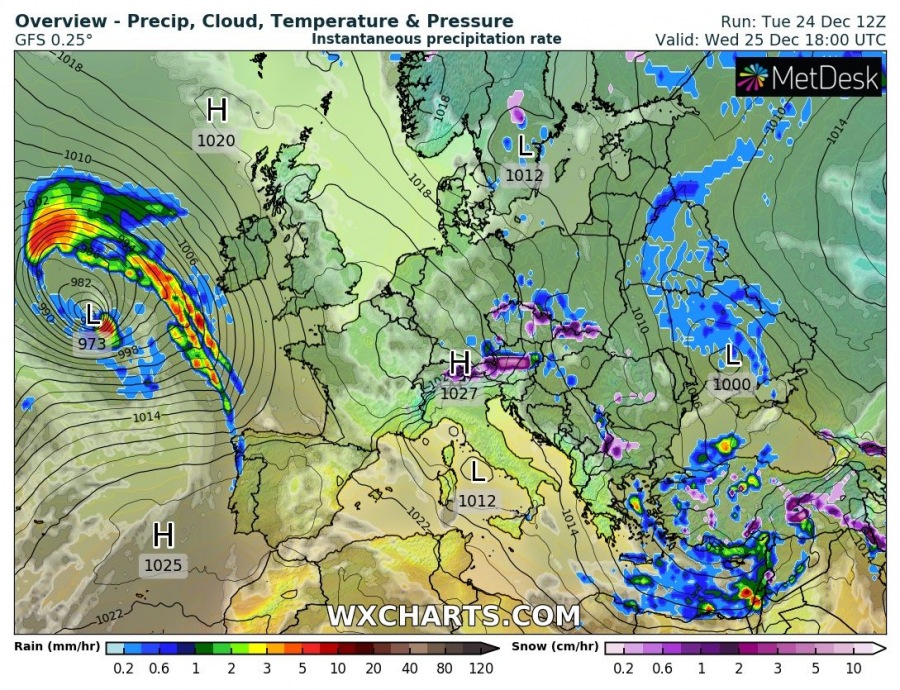 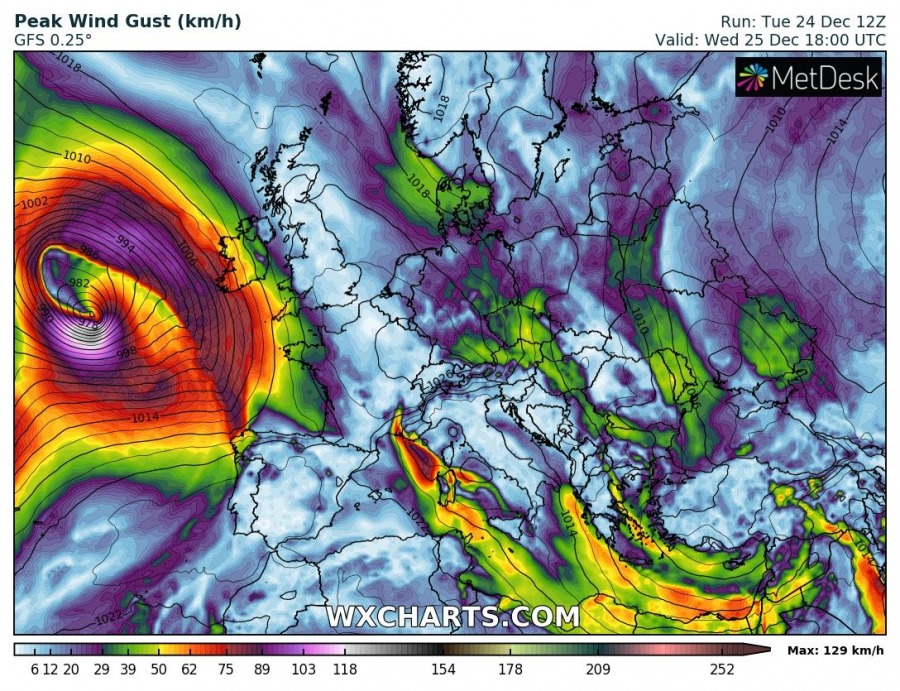 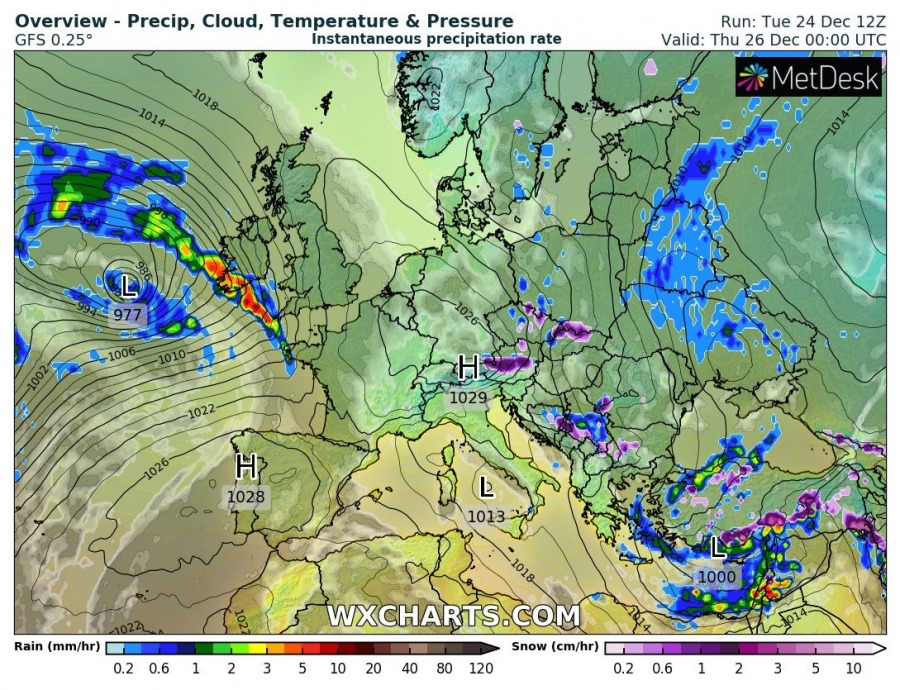 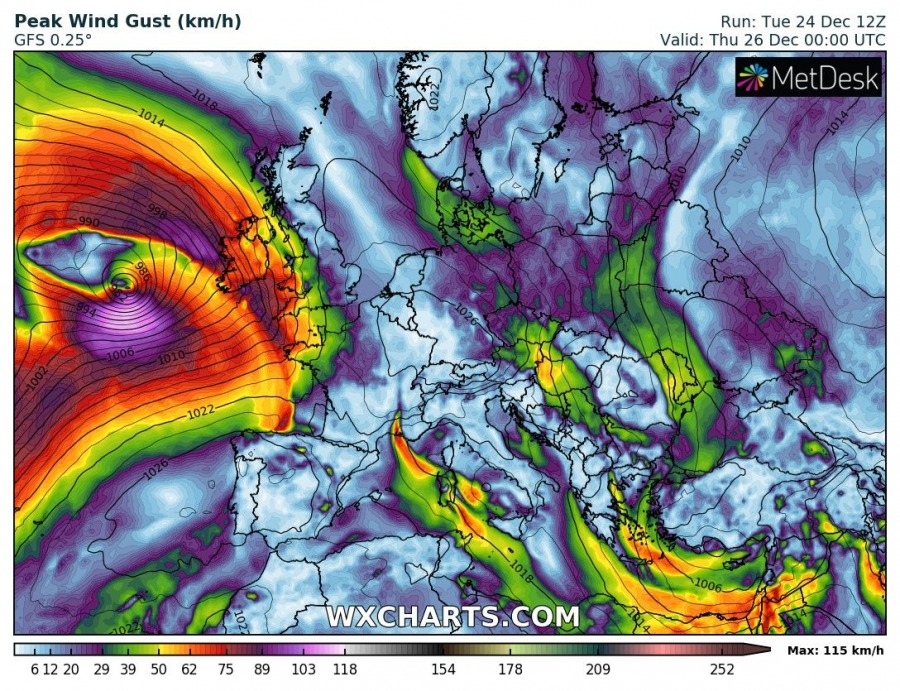 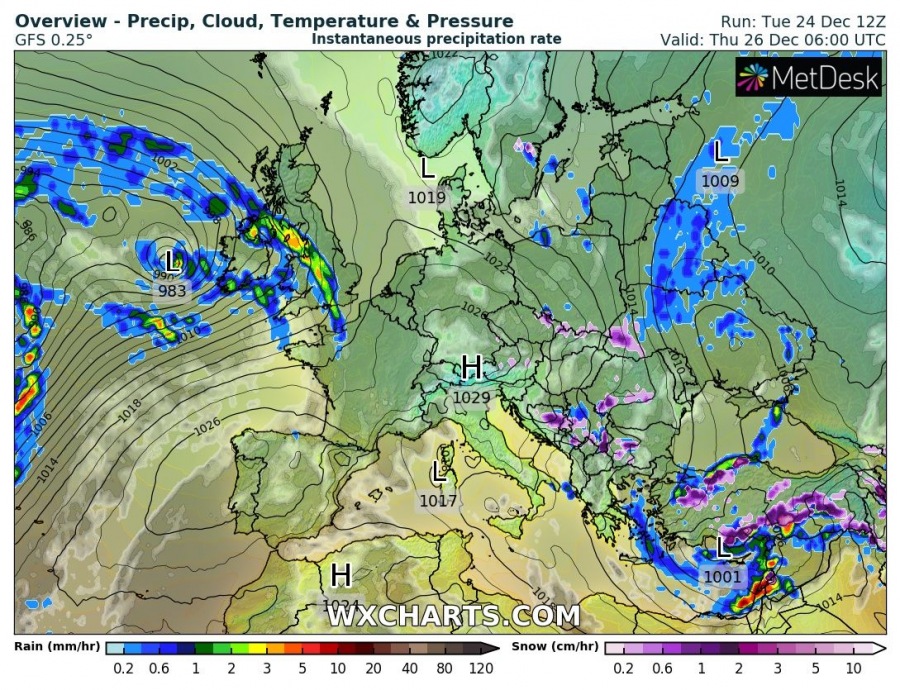 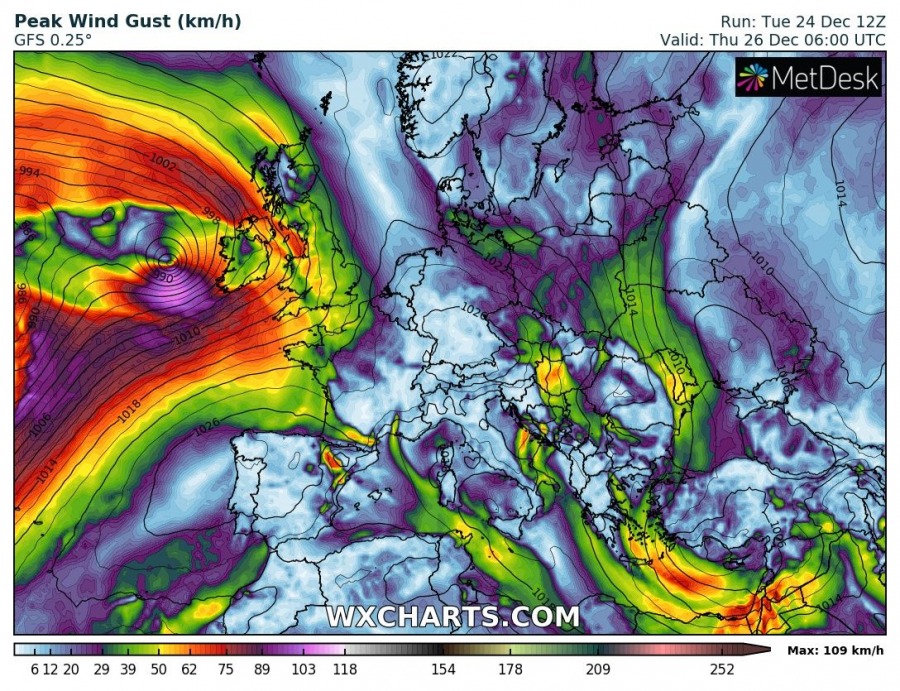 Peak wind gusts swath per ICON-EU and ARPEGE models indicate severe winds are likely to spread across the coast of west-southwest Ireland through Wednesday night into early Thursday. It should be stronger further west-southwest over the open waters. 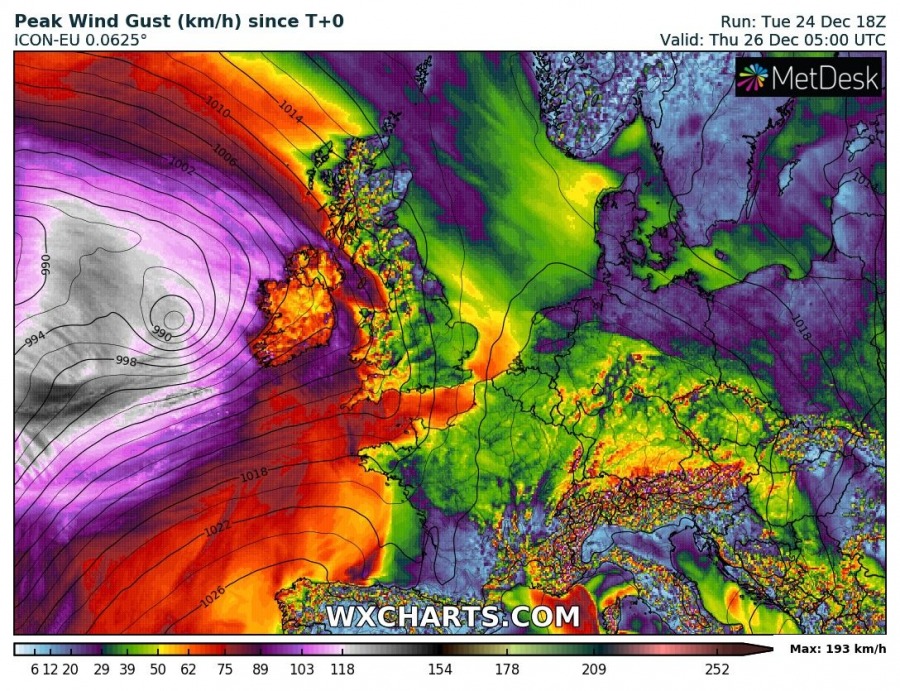 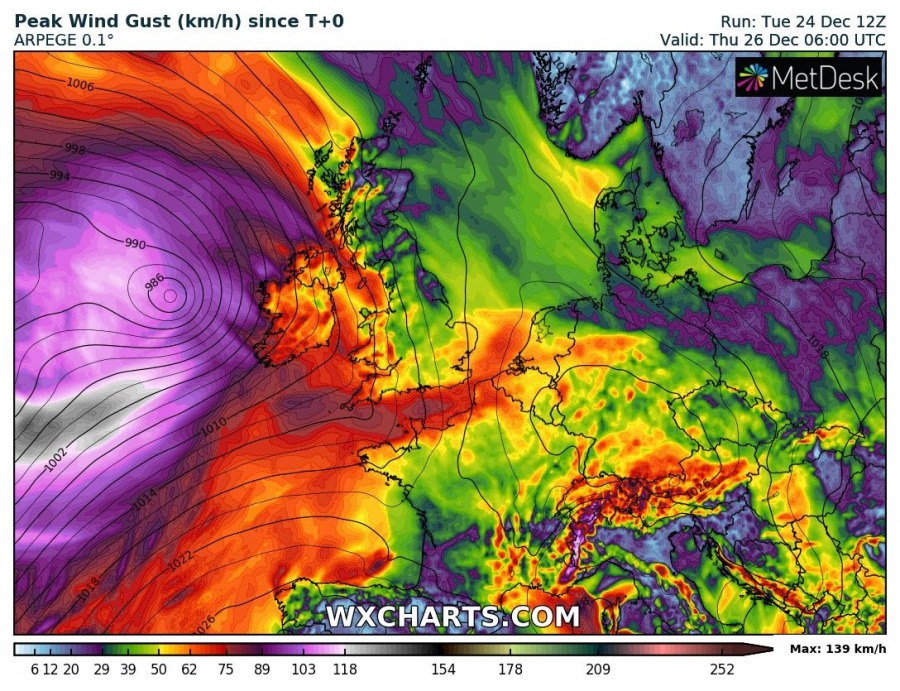