Some pretty widespread thunderstorms are expected over parts of Wales, England and Scotland and over NW France tonight. Storm coverage will likely be moderate to high, while the severe potential rapidly diminishes from NW France into the UK.

A short-wave trough pushes across the British Isles and Ireland tonight, with widespread thunderstorms expected to initiate over NW France and the Channel region and south to southwest England and push northward across England and Wales towards Scotland in the evening and early morning hours.

Moderate to locally high instability, with up to 1000-1500 J/kg MLCAPE will be in place over W France. Up to 1000 J/kg MLCAPE will be in place across much of Wales and England in the early evening, diminishing into several hundreds J/kg MLCAPE by the early morning further to the north. Impressive deep-layer shear will be available as a southerly 40-60 kt mid-level (500 mbar) jetstreak overspreads the region and easterly low level winds. Rotating updrafts will certainly be supported. The best overlap of shear and instability will be available over NW France, where initiation is expected in the late afternoon and early evening hours. With the strong DLS in place any storm that forms will become a supercell, with threats for torrential rainfall, large to very large hail and severe straight line winds. Storm coverage is expected to remain low.

Expect more widespread storm coverage across parts of Wales, England and Scotland throughout the night. While coverage is expected to be high, the severe potential will rapidly diminish as instability diminishes from about 1000 J/kg to several hundreds J/kg MLCAPE. Expect the strongest thunderstorms over Wales and southwest and central England in the evening and early morning hours. 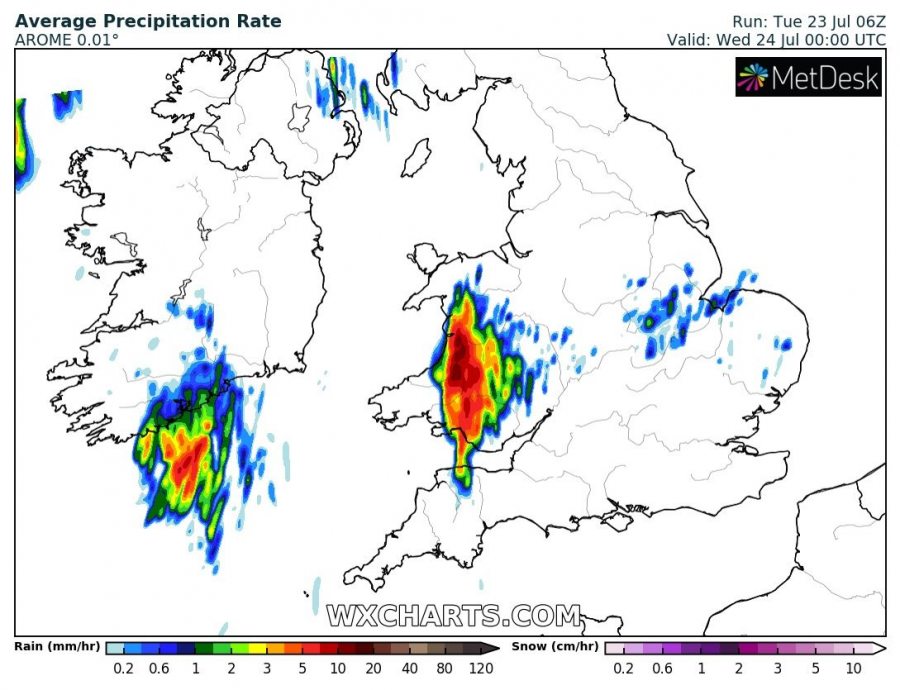 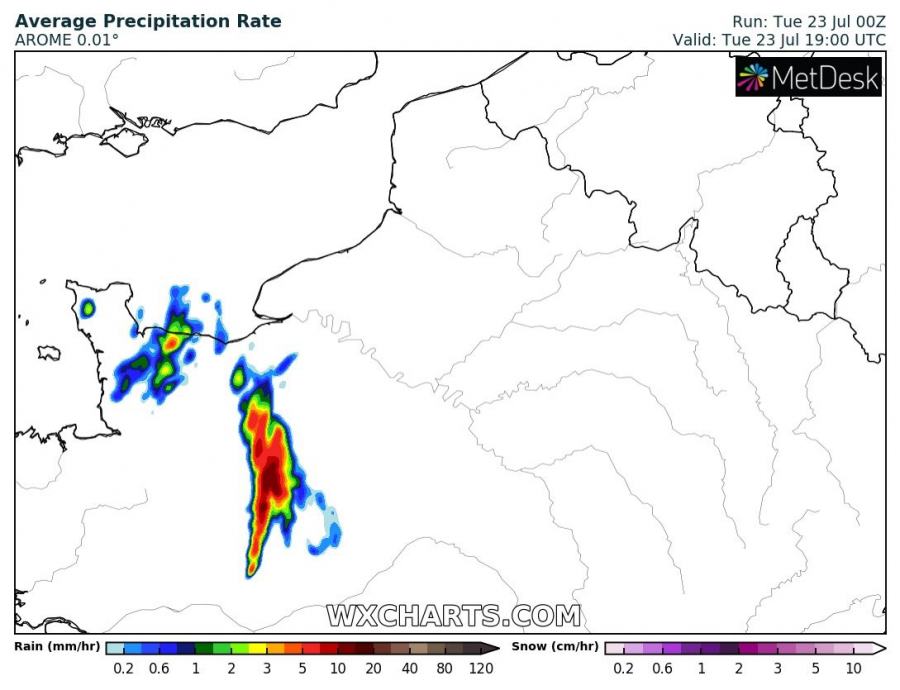