Snow is expected across large parts of the British Isles between Sunday and Tuesday. Some areas will see up to 10-15 cm of fresh snow. We take a closer look.

Two lows will bring two successive rounds of snowfall. The stronger one is expected on Sunday, as a fairly deep low pushes across Scotland, bringing snowfall across much of the British Isles and Ireland, except for southern UK. Snowfall will persist until early into Monday as cold air pushes behind the low and cold front. 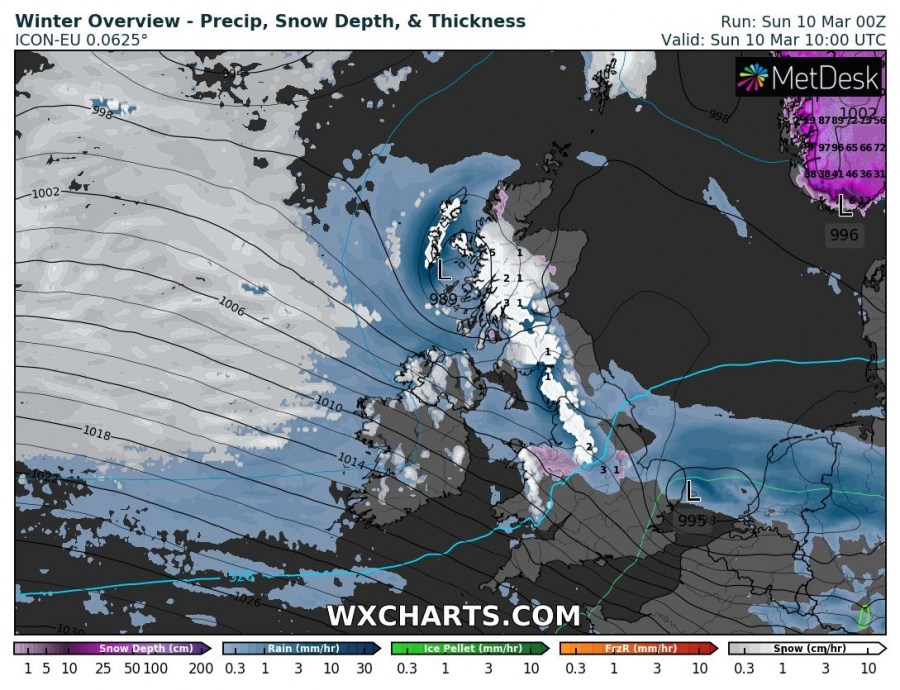 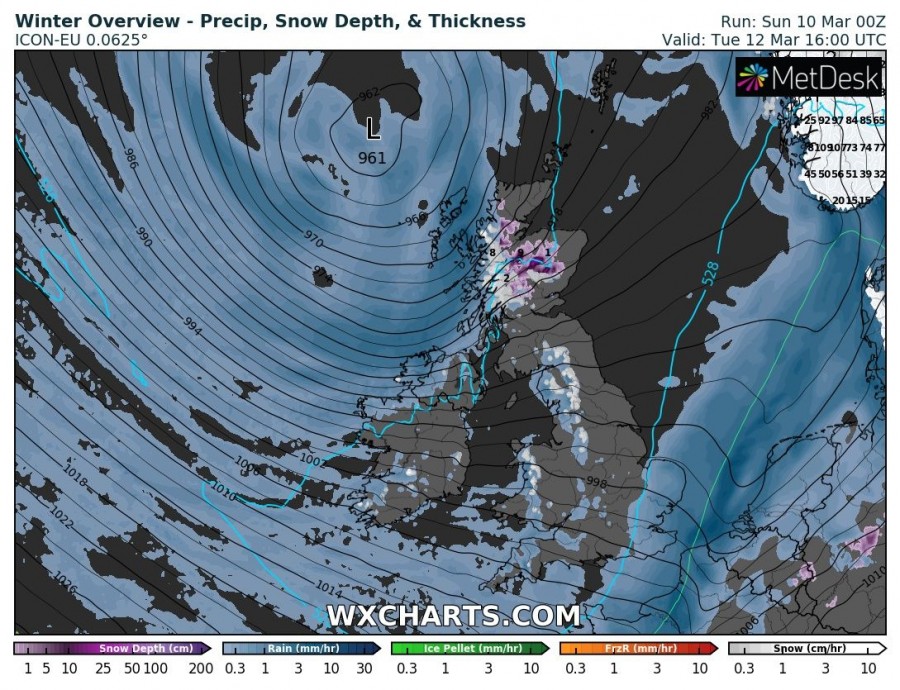 As the new, much broader and deeper low approaches from the northwest on Monday and early on Tuesday, warm air advection establishes over the region, bringing warmer airmass and temperatures well above 0 °C. A significant amount of the snow from Sunday and Monday will thaw. On Tuesday a news round of snow is expected, mostly for Scotland, but pushing down into northern and central England and Wales as well. It will not be as strong as the first round, leaving significant snow on the ground only in Scotland.

Expect also thunderstorms and thundersnow with both systems, as moderate instability will be available, with up to 500-600 J/kg MLCAPE. 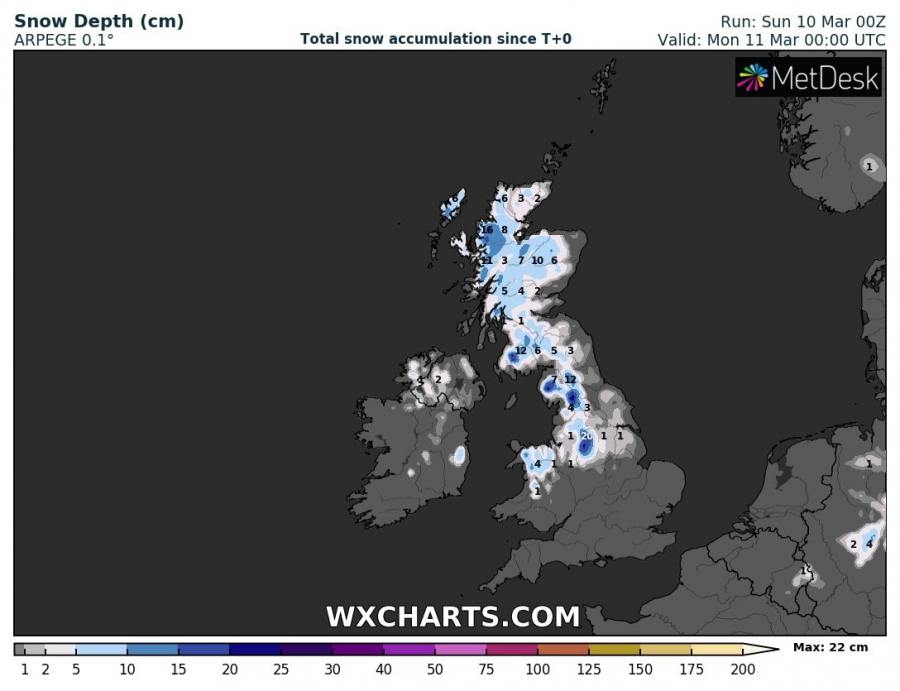 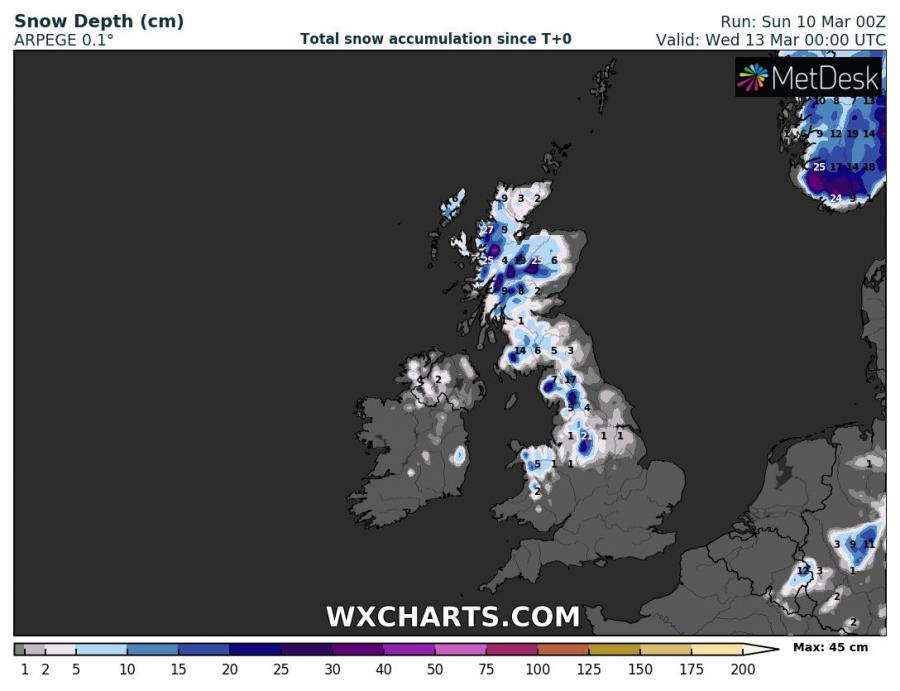 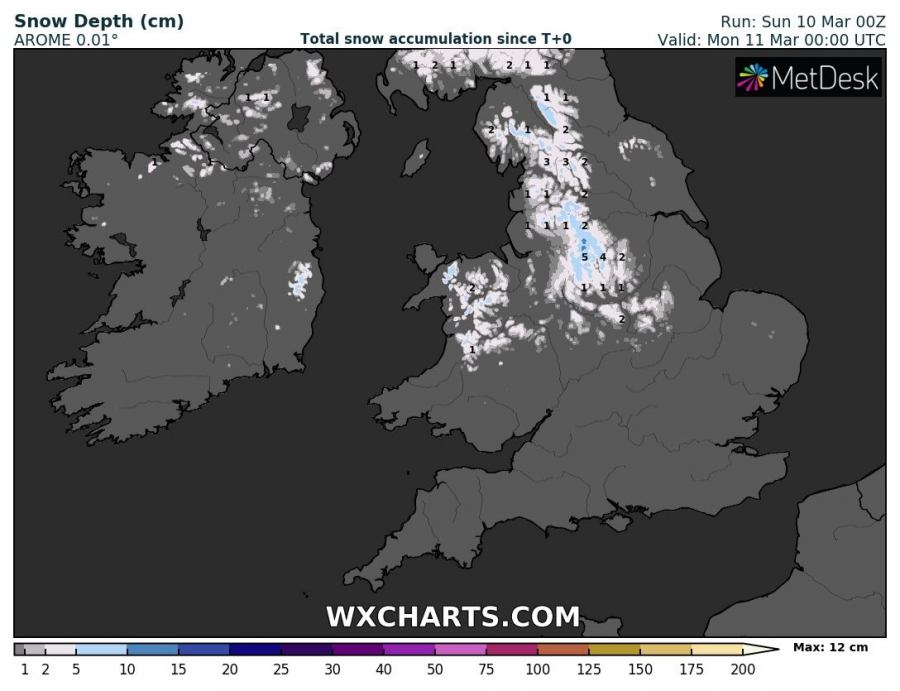