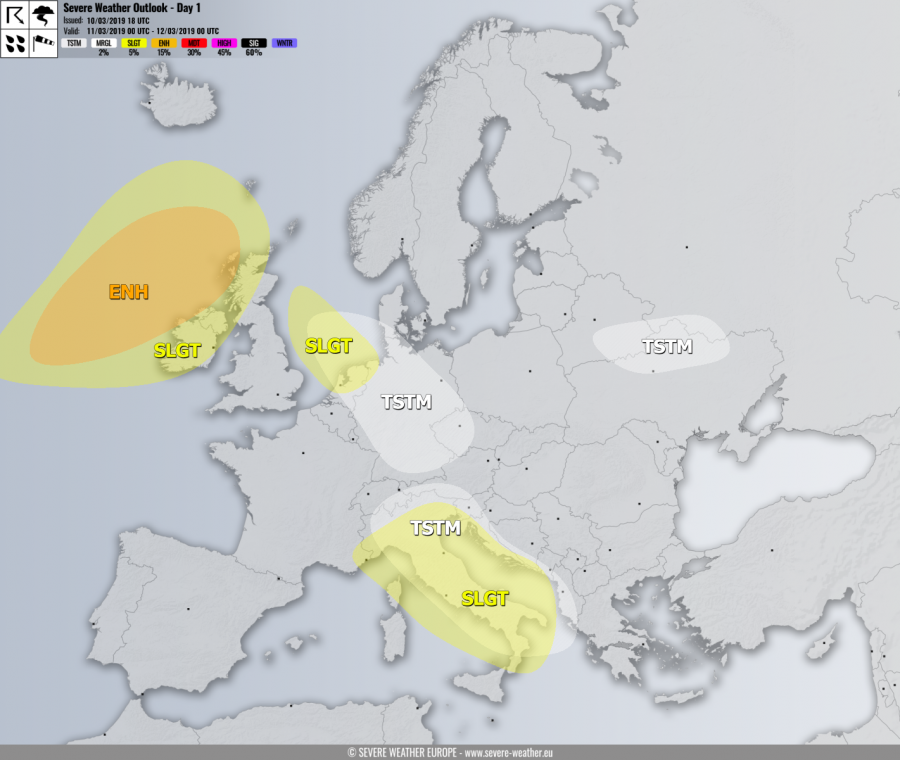 ENH / SLGT risks have been issued for parts of N Atlantic into Ireland, Northern Ireland and Scotland with threat for severe winds locally in excess of 110 km/h.

SLGT risk has been issued for parts of North Sea into the Netherlands with threat for severe winds in excess of 90-100 km/h.

SLGT risk has been issued for parts of north-central Mediterranean with threat for severe storms capable of producing severe winds, marginal hail and torrential rainfall. The western half of the risk area should also experience severe non-convective NW winds.