The night sky is always full of unknowns and surprises. The latest surprise comes from the newly discovered comet C/2019 Y4 ATLAS.

Comet ATLAS was discovered on December 28th, by the Asteroid Terrestrial-impact Last Alert System survey (ATLAS) in Hawaii. This is an astronomical early warning survey system, designed to detect smaller near-Earth objects a few weeks and days before they pass close to (or impact) Earth. This comet has been gaining a lot of attention lately, as it has begun to brighten very fast, exceeding all expectations. The comet is near-parabolic and has a similar orbit as the Great Comet of 1844. This has led astronomers to believe, that C/2019 Y4 could perhaps be a fragment of the spectacular 1844 comet. The image below is by Rolando Ligustri (CARA Project), from an observatory in New Mexico. We can see the comet ATLAS in the upper left corner, having a bright green glow. 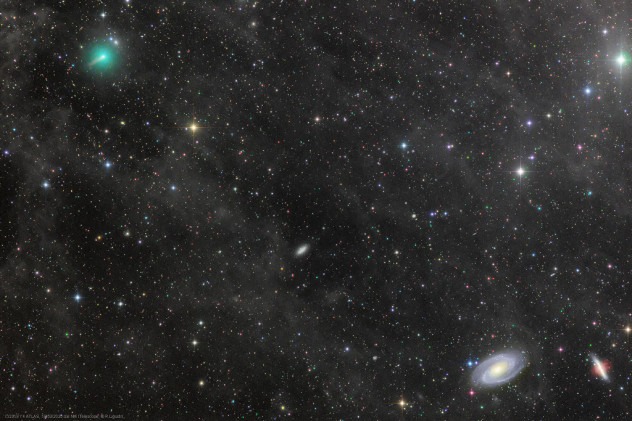 Currently, the C/2019 Y4 comet is at 8th magnitude brightness. This means that the comet is not yet visible to the unaided eye, but it can already be seen in smaller sized telescopes as a fuzzy ball. It can also be seen by binoculars under darker skies with less (or little) light pollution.
Recent observations have surprised astronomers, as the comet has rapidly increased in brightness since its discovery in December. Back then, the object was a faint 20th magnitude, in the constellation of Ursa Major at a distance of 440 million kilometers (273 million miles).

It is tho usual that comets get brighter as they approach the Sun. However, almost daily rapid changes have been observed with this comet, and currently, the comet is 600 times brighter than predicted at this point in time. Another surprise is the comet’s apparent size in the sky, considering its distance. Currently, the comet is around 20 arcminutes wide (the full Moon is 30 arcminutes). This means that the comet has a very large coma. Coma is the nebulous envelope around the nucleus of a comet, that gives it the “fuzzy” appearance. The image below from NASA shows the Comet C/2019 Y4 ATLAS and the surrounding coma, a few days ago. 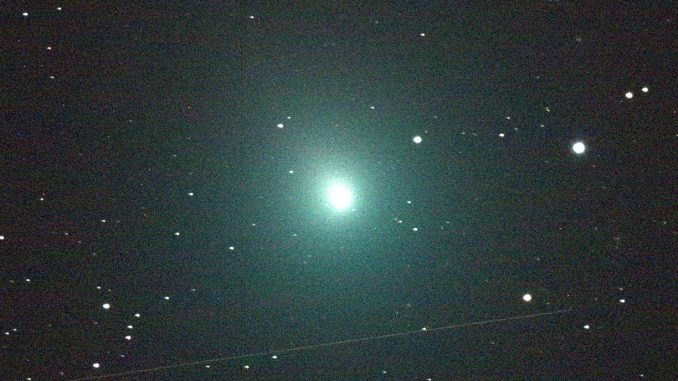 Everybody is now trying to guess just how bright will this comet actually get as it gets closer to the Sun. With comet peak brightness predictions being very difficult, and speculation at best, the current predictions are somewhat varied. The estimates are from magnitude +2 (visible to the unaided eye) to a spectacular magnitude -11 which would make the comet way brighter than Venus and even visible during the day. It would make C/2019 Y4 the brightest comet since records began. But the orbit of this comet, takes it very close to the Sun, so it is possible that it will just fizzle out and die. We all remember the infamous comet ISON in 2013, which was expected to deliver a spectacular show in the sky. But ISON then disintegrated as it passed around the Sun, ending all hope for a spectacle.

Where to find comet ATLAS? From January to March 2020, comet ATLAS is located in the constellation of Ursa Major, which is a great location to observe from the Northern Hemisphere. This area of the sky is circumpolar, which means that Comet ATLAS will remain above the horizon at all times.

Through the end of March and into April, the comet will move into Camelopardalis and stay there steady. If we are lucky, the comet will reach unaided eye brightness by mid-April. Until such time, the object is best viewed in telescopes or binoculars using the finder chart, like the one below, to locate the comet. 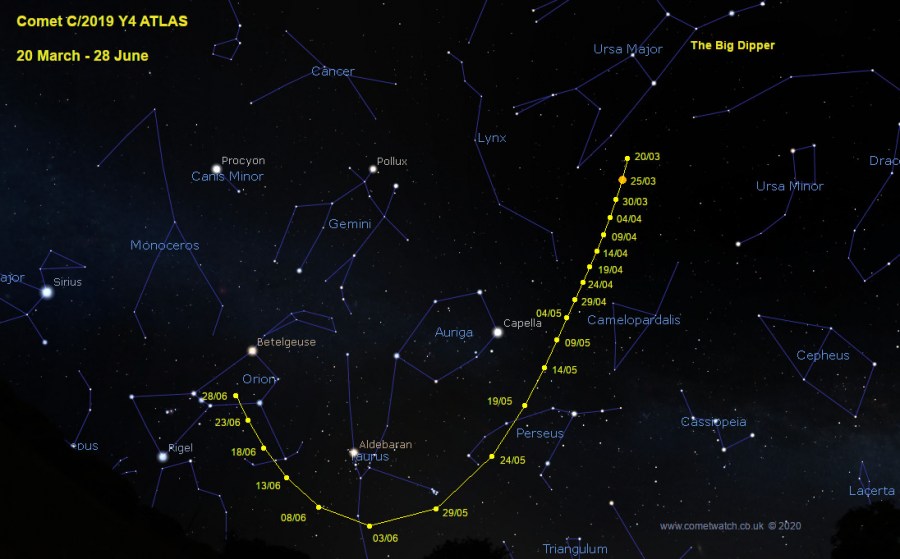 We will keep you updated on any important further development. While you wait for more updates, don’t miss our article on global CO2 levels, which have temporarily stopped rising, likely due to the industry slowdown as the world battles the new Coronavirus: