The Quadrantid meteor shower peaks tonight! It will likely be the best meteor shower of the year, as the other two big ones – the Perseids and Geminids – both peak in bright moonlight. We take a look at the expected weather conditions across Europe for the peak night.

This year is particularly favourable for viewing the Quadrantids from Europe: there is no Moon in the sky, so no moonlight interference and the timing of the peak is perfect. So where will the weather be favourable too? The best outlook in Europe for clear skies for the Quadrantid peak this morning is across most of the Iberian peninsula, southern France, northern Italy and the northern Adriatic region. Periods of partly clear skies may be also be available across the Balearic islands, parts of northern and central France, the entire central Europe, parts of Romania (southern) and parts of northern Europe, including Denmark, southern Norway, most of Sweden and Finland. Also maybe some chances for parts of England, where some Quadrantids may be seen through holes in low clouds and through high clouds.

If your sky is clear – go for it, it will be a fine meteor show! Get under the darkest skies possible: use this map to help you find the best skies close to your home. Remember, the best time to observe the Quadrantids is the final predawn hours, 3-6h local time will be great. 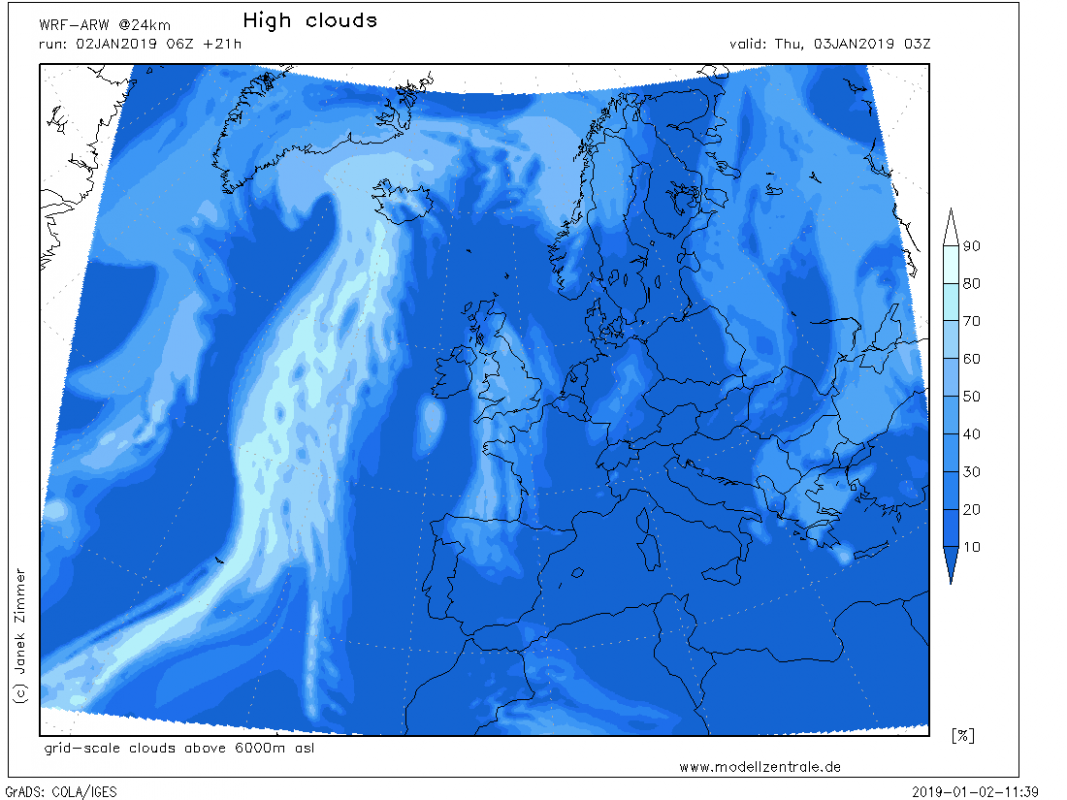 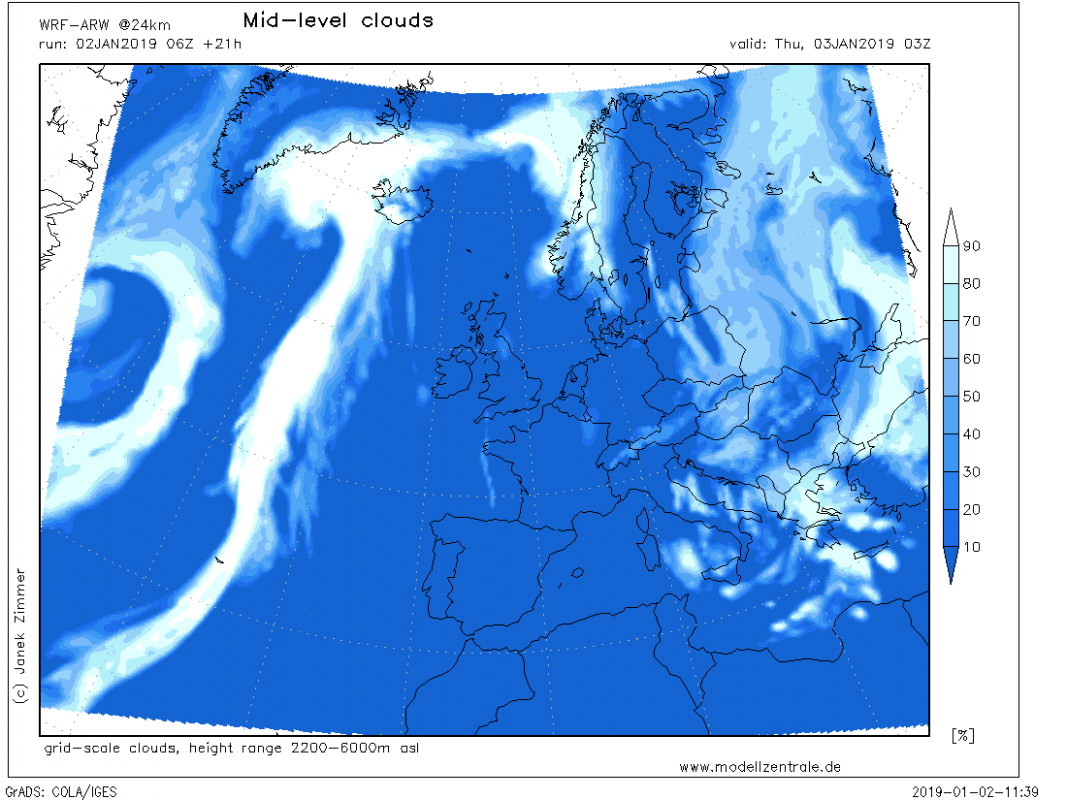 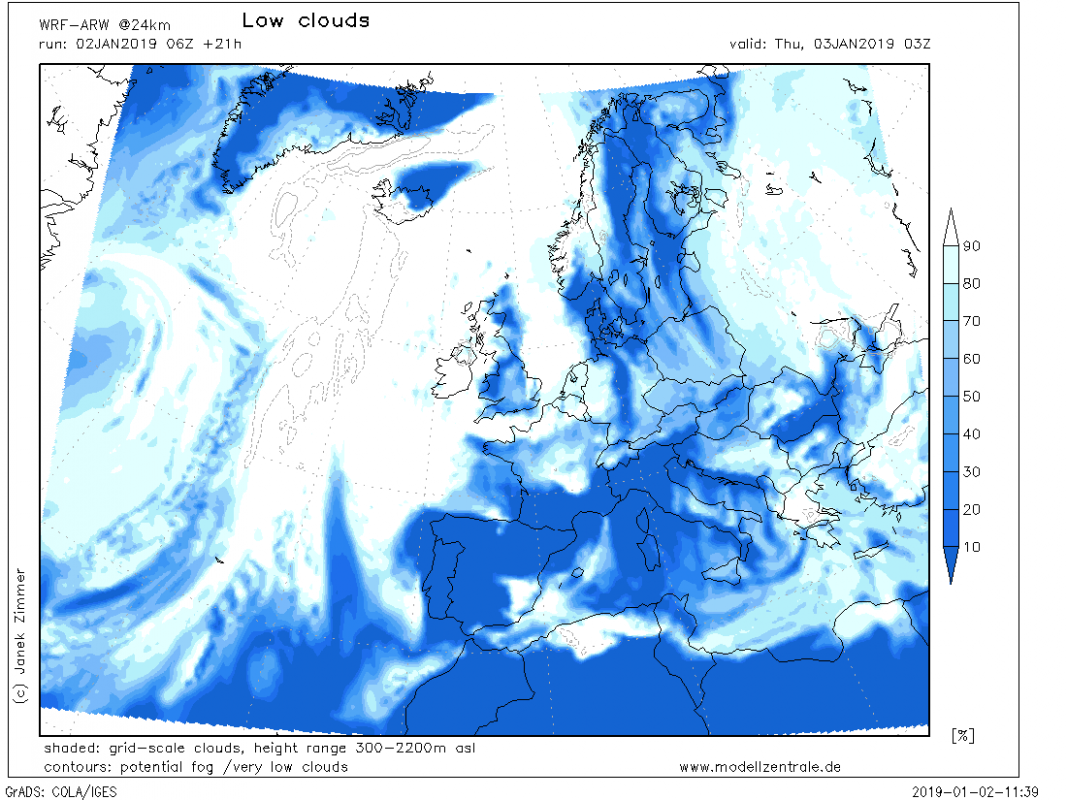 Where to find dark skies for the Quadrantid meteor shower