Pattern flip coming! This week starts with a strengthening ridge over WSW Europe, gradually expanding eastwards towards central Europe. To the east, deep but weakening trough is maintaining cold weather across the Balkan peninsula and surroundings. This should change in the coming days as an upper ridge / blocking dominates our continent. 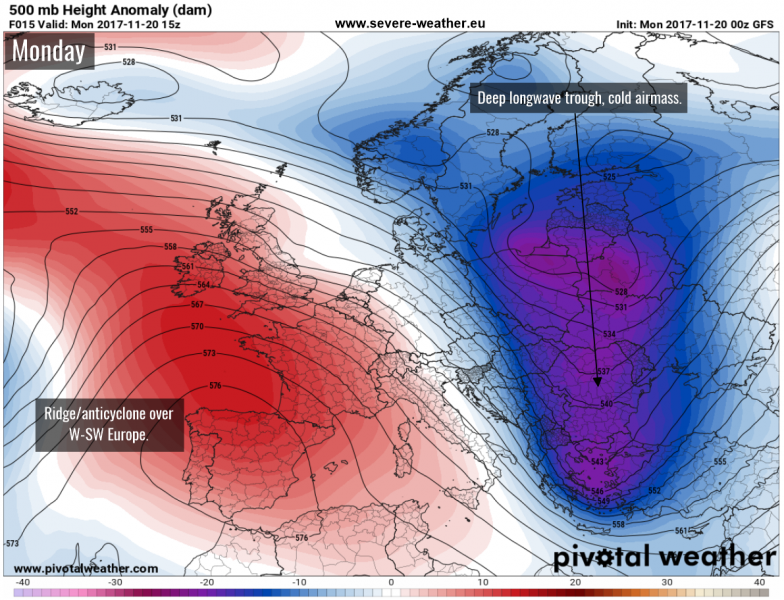 Once the blocking pattern establishes, a deep longwave trough will move over the N Atlantic and western Europe. Several waves will result in deep cyclones bringing unsettled conditions for the British Isles as well as Faroe Islands later this week. Cyclones will be moving towards the Norwegian coast. Locally very significant rainfall and severe winds associated with these cyclones are likely until the weekend.

Areas under the upper ridge / high pressure system will be experiencing much warmer weather, afternoon temperatures should locally even exceed 15 °C across central Europe except for places where temperature inversions persist. So expect some fine mild weather until the weekend when a pattern flip might happen again, pushing colder Arctic airmass with meridional flow towards the Mediterranean / Balkan peninsula. 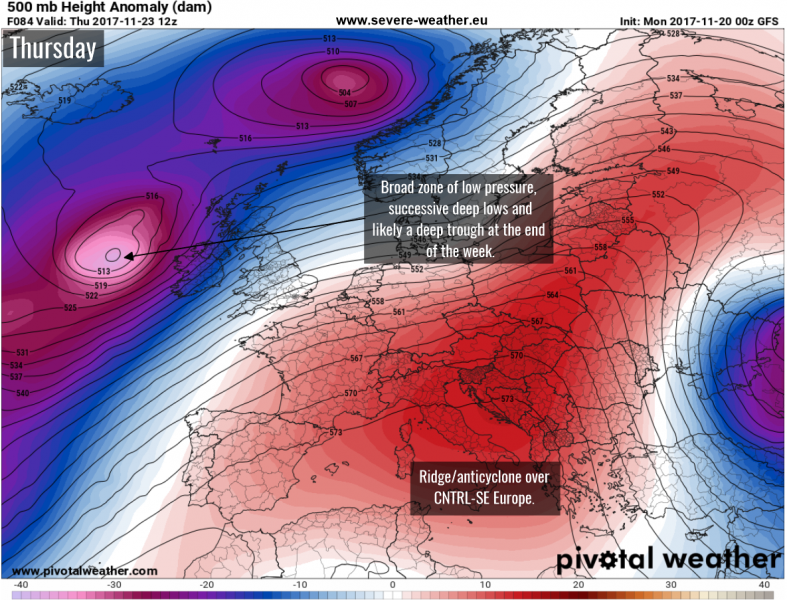 Stay tuned for further details on the pattern evolution soon!