A wave of cold Arctic maritime air will push into western and central Europe in the next several days, reaching as far south as southern Spain, western and central Mediterranean and into northwestern Africa. Air temperatures at 850 mbar level (~1500 m) will be up to 10 °C colder than average for this period, locally even colder. 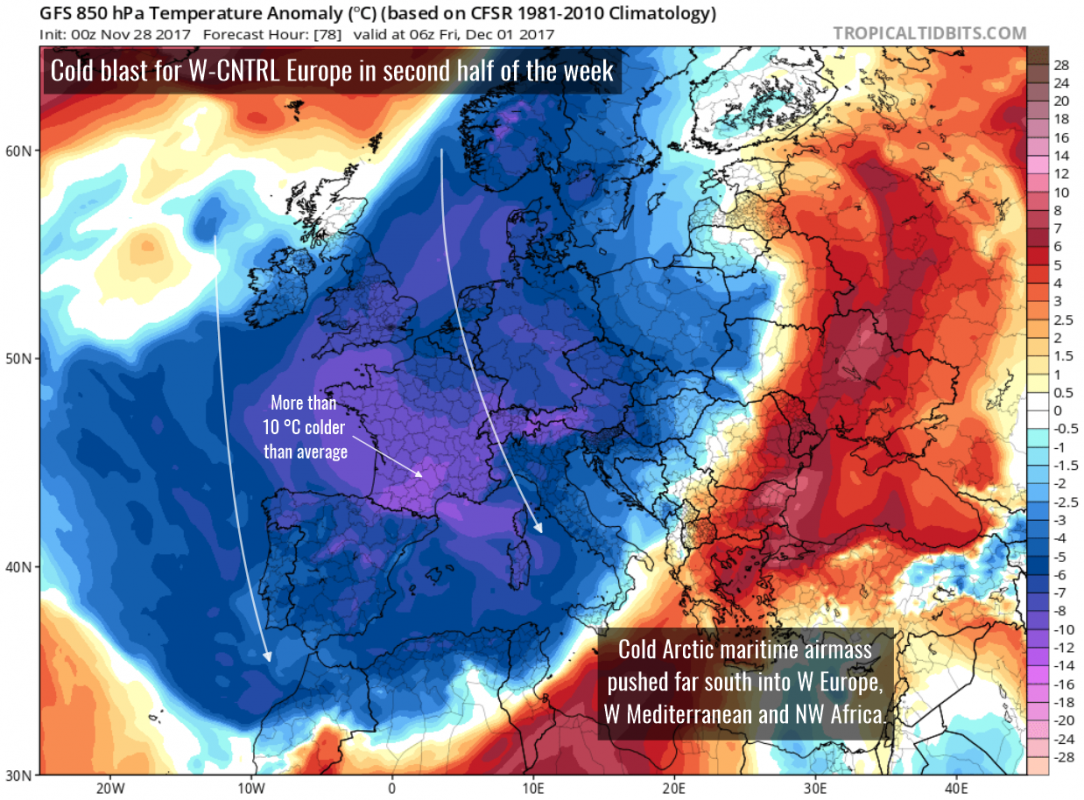 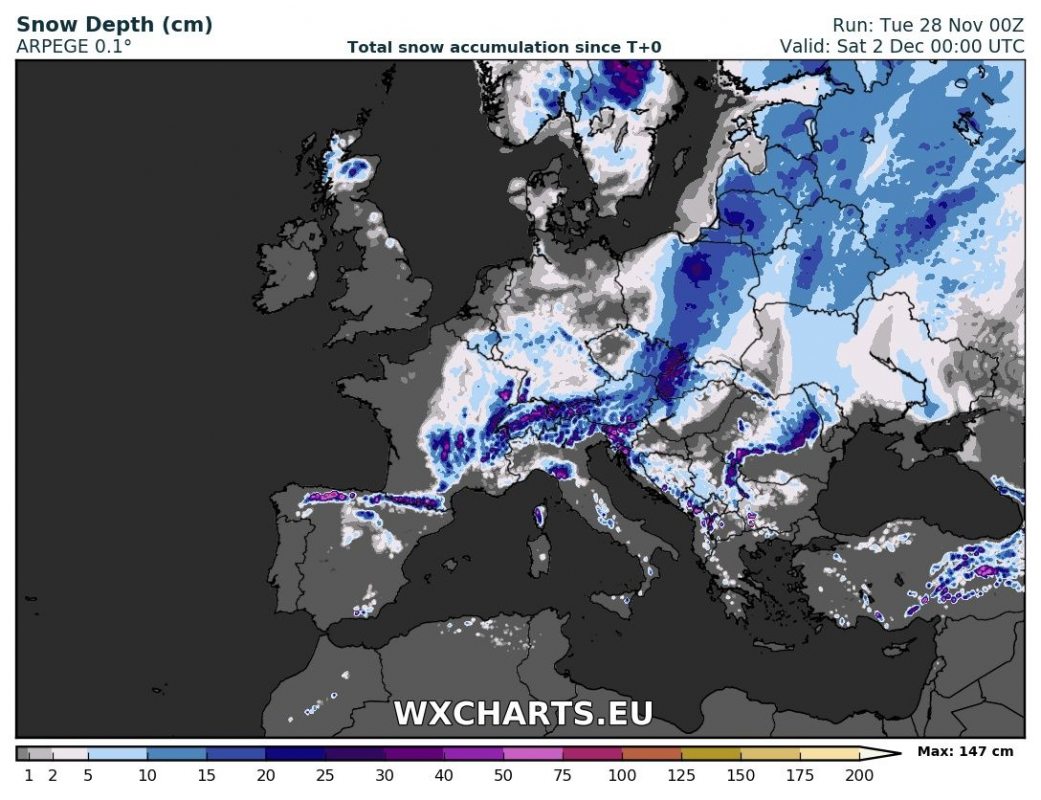 As the cold core cutoff (Genoa) upper low forms over central Mediterranean and northern Africa by the weekend, it will affect the entire region with cooler than average weather. 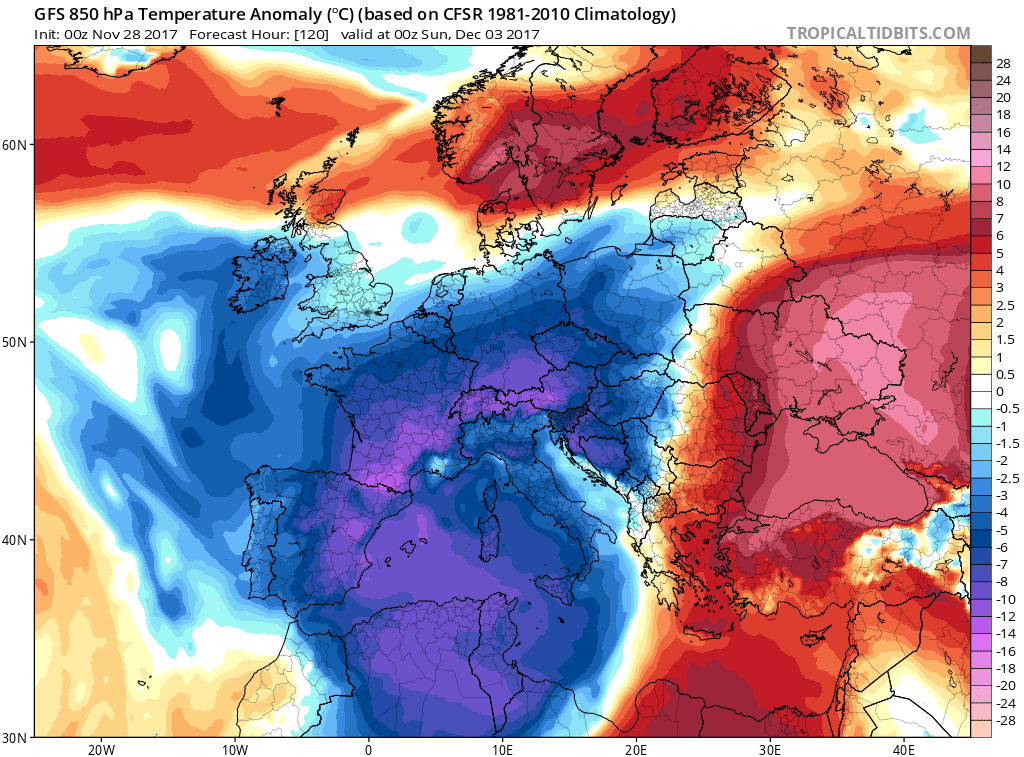 Stay tuned for updates and more detailed outlooks for snowfall across various regions of Europe.