While the northern Alps in Austria drown in enormous amounts of snow, caused by persistent stau-effect snowfall from successive cold waves from the Arctic, the southern part of the Alps has not seen any real winter. The persistent northerly flow is causing strong Foehn effect along the southern half of the Alps.

The two effects go hand-in-hand. Stau effect occurs on the leading (upwind) flank of the mountain range, producing persistent heavy precipitation. Foehn effect occurs on the lee (downwind) side of the mountain range, producing windy, warm and mostly dry weather, often clear and sunny skies. Foehn effect has been ongoing along the southern flank of the Alps during the successive Artcic outbreaks so very little to (mostly) no snow has fallen there.

The persistent northerly flow will continue through at least the end of this week – as long as the synoptic situation is favourable for meridional northerly flow, continuously pushing cold Arctic airmass southwards. 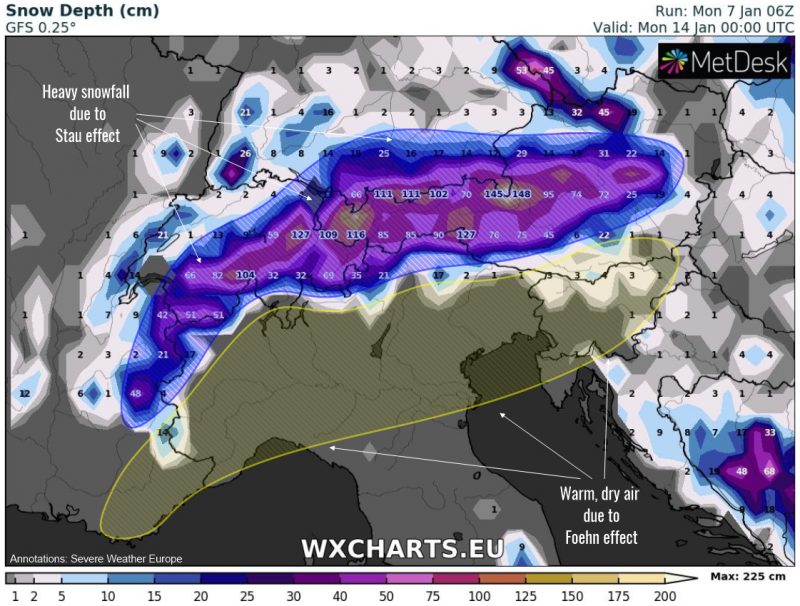 Snow depth early on next Monday: note the enormous amounts of snow in the northern Alps, particularly in Austria, but virtually no snow in the southern part, due to Foehn effect. GFS model guidance. Map: Wxcharts.eu. 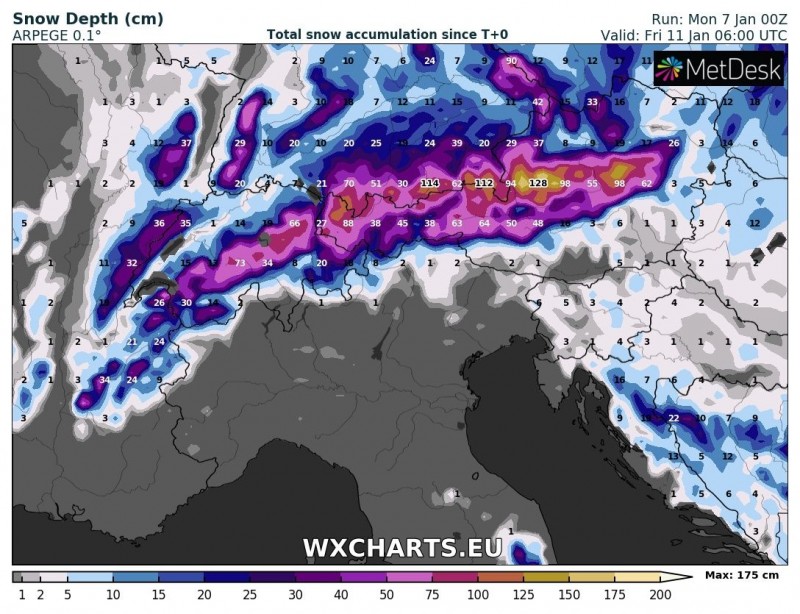 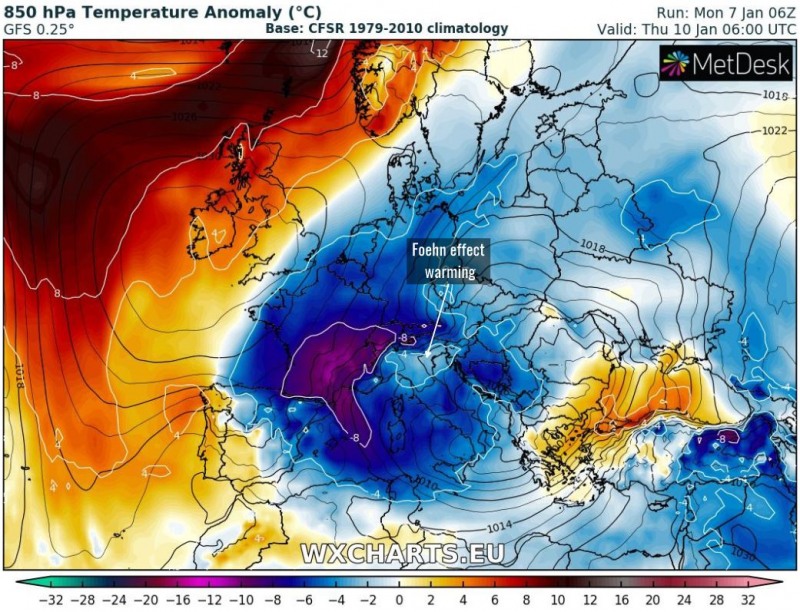 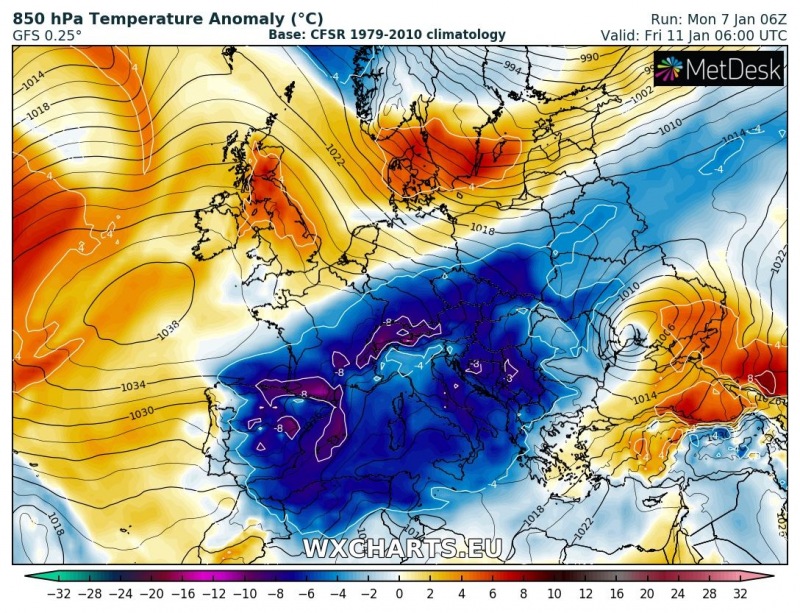