A new cutoff low pushes across central Mediterranean into southeastern Europe in the middle of this week, producing locally intense snowfall. Up to 50-80 cm of fresh snow is expected at higher elevations in Albania and northern Greece. Significant snowfall possible also in extreme eastern Greece, Montenegro and southern Bulgaria.

The upcoming new Arctic blast will produce a secondary Genoa low by early on Tuesday. The system will push across the Ligurian and Tyrrhenian seas across southern Italy into the Ionian sea by early on Wednesday and affect southeastern Europe late on Wednesday and Thursday with intense precipitation: snow at higher elevations and rainfall in the coastal areas. Strong westerlies will advect moist airmass from the Mediterranean, producing intense stau-effect snowfall in the mountainous terrain of southeast Europe. 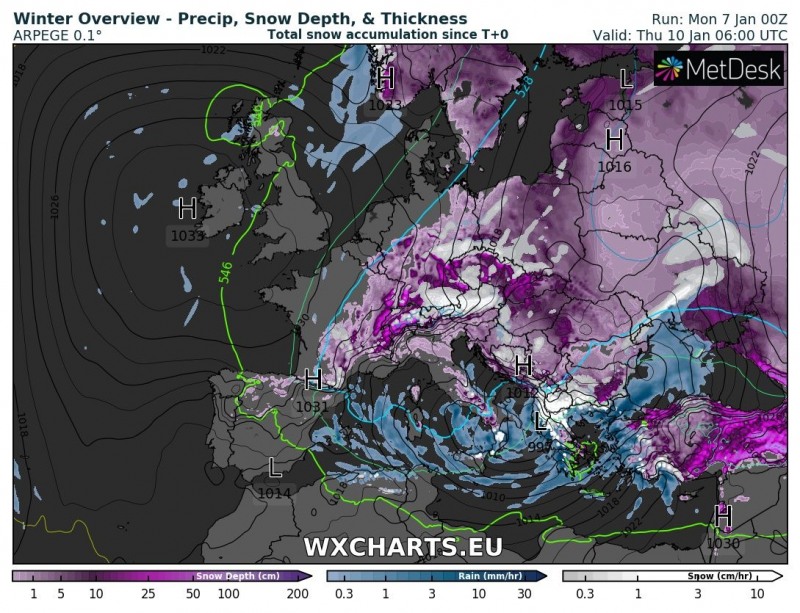 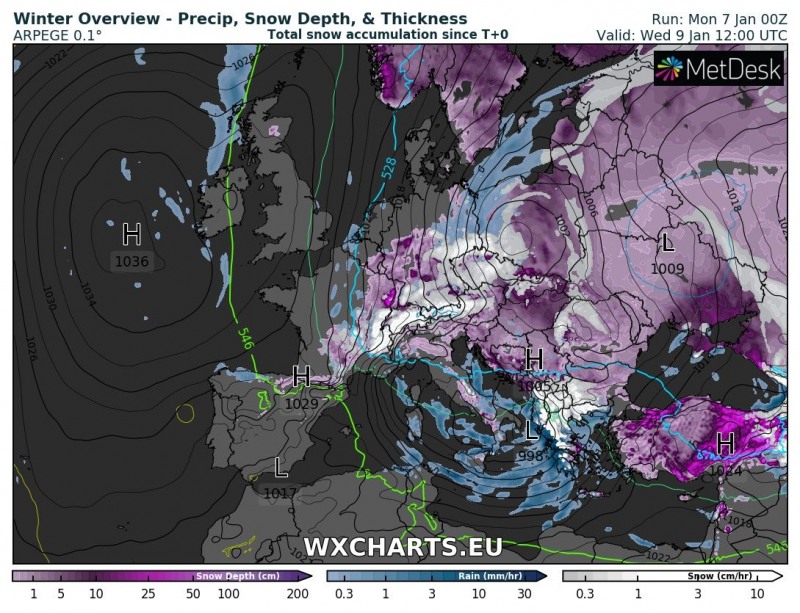 Snow is expected across much of southeastern Europe. The exact areas of heaviest snowfall depend critically on the track of the low. There is some disagreement between models, putting areas of most snowfall between Montenegro and northern Greece, but agreeing on up to 50-80 cm (locally possibly more). Consult the maps below for various model guidance. 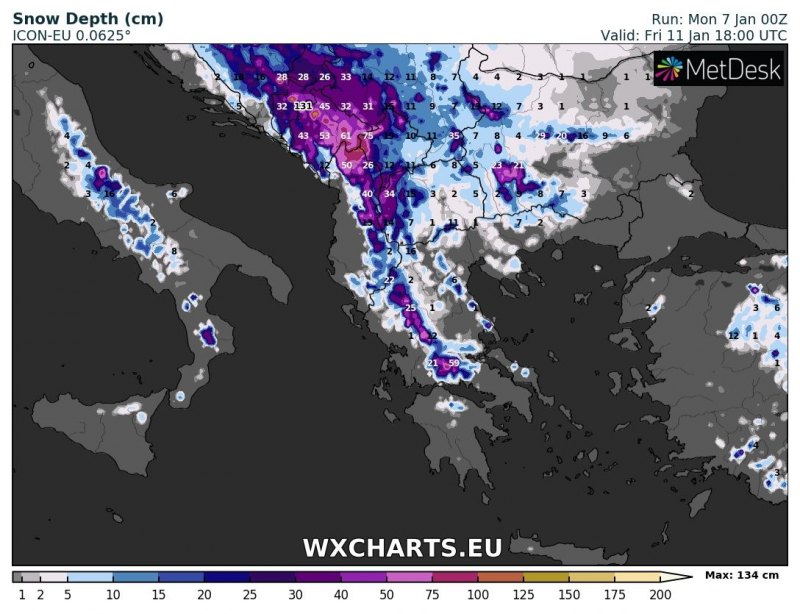 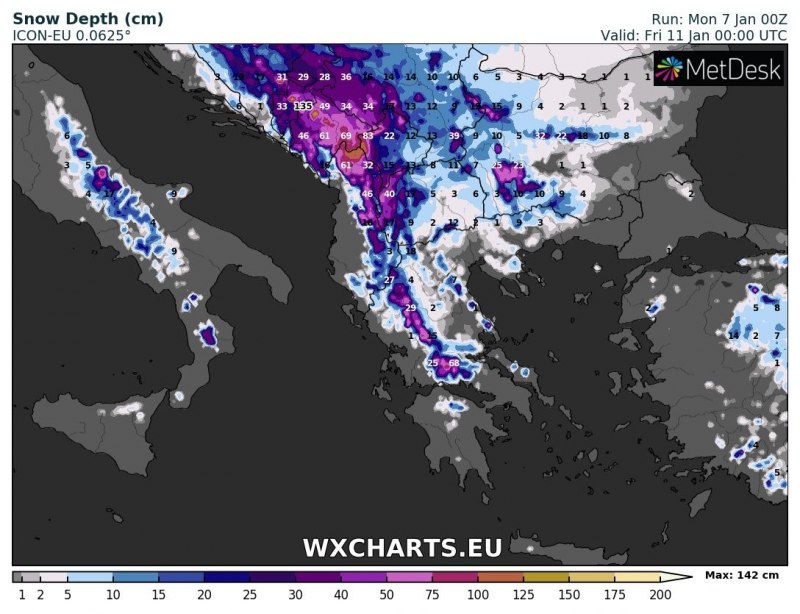 Arctic outbreak towards west-central and southwest Europe in the middle of the coming week, Jan 9-11th